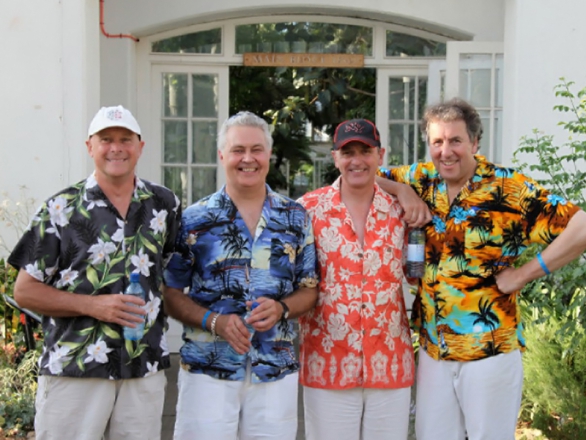 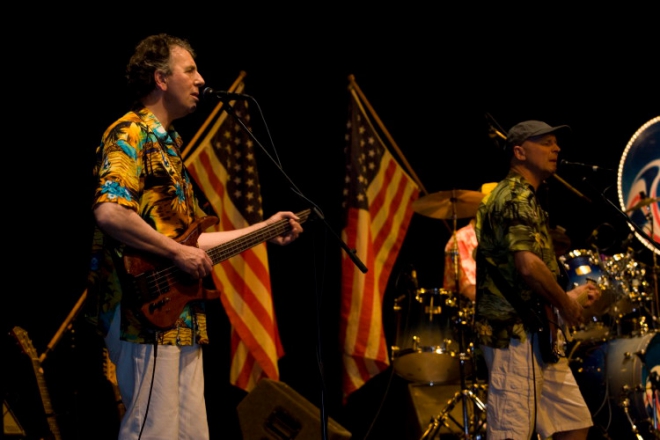 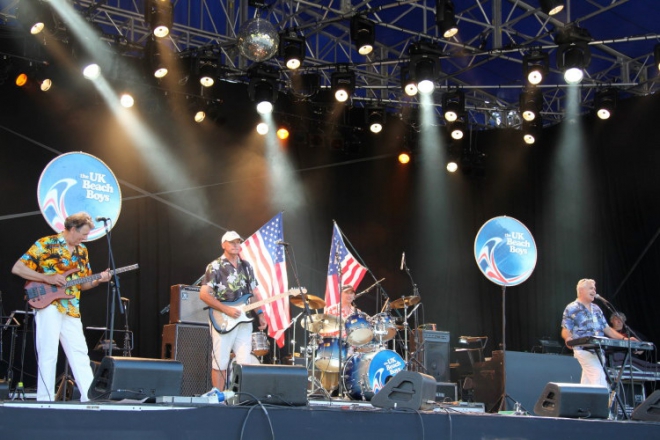 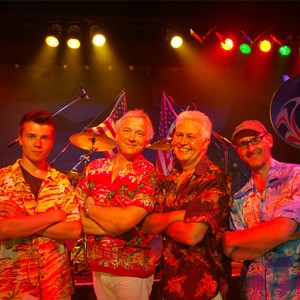 Beach Boys Gold are one of Europe’s leading tribute acts, having performed throughout the UK and Europe since their formation in 2002. They re-create the superb sounds of Brian Wilson and The Beach Boys.

Mary, Beach Boys Gold were great. Many thanks. Paul...

“Mary, Beach Boys Gold were great. Many thanks. Paul”

Most Alive Network artists travel UK wide and internationally. Get a guide price instantly by clicking the 'get quote' button and entering your event date and location. Make an enquiry and we will liase directly with (Beach Boys) Beach Boys Gold to confirm price, availability, and the provide you with a confirmed quote.

2.0 set up and sound check time

Beach Boys Gold are one of Europe’s leading tribute acts having performed throughout the UK and Europe since their formation in 2002. They re-create the superb sounds of Brian Wilson and The Beach Boys performing totally LIVE without tracks or artificial backing giving a true representation of LIVE music. They are also the only Beach Boys tribute to have appeared with The Beach Boys! Having performed at top venues, theatres and major festivals, Beach Boys Gold really are keeping the summer alive!

Beach Boys Gold are Ian Baker, Peter Phipps, Steve Stiles and Simon West and were created at the end of 2001 by 4 talented musicians who all had an interest in The Beach Boys and their music. Six months of solid rehearsals were undertaken in the Winter of 2001/2002, and the result is one of the most accurate Beach Boys homages in the industry today. Beach Boys Gold rehearsed under the watchful eye of Adrian Baker, who was a member of The Beach Boys for several years, recorded albums with Mike Love and was touring with them until April 2004. Adrian was in the UK in the new year of 2002 giving advice to their UK counterparts to ensure a sound as authentic as possible.

The band has now established itself as one of the UK’s top tributes and featured at leading festivals, theatres and for many satisfied clients at prestigious “blue-chip” corporate events. Demand has increased since the release of their “live” CD and the resurgence of the popularity of Brian Wilson with the release of “SMILE” in 2004. 2004 also saw the launch of their new THEATRE SHOW, 'Keeping the Summer Alive' which has been playing to theatre audiences throughout the UK to excellent reviews. The BEACH BOYS GOLD were also priviliged to be invited to join The Beach Boys on stage at Thetford during their brief visit to the UK in the summer of 2003.

One of the main qualities of their live performances is the fact that no backing tracks or sequencing are used, ensuring authenticity and a sound as close to the original recordings as possible.

The band are self managed and have a huge amount of experience in all types of venues from hotels to theatres. They are available in the UK and Internationally for venues suitable for a truly professional show, with excellent credentials from the very best clients.

Their set list contains all The Beach Boys hits, including many lesser known songs, all guaranteed to evoke memories of long hot summers of yesteryear. The band are currently available throughout the UK and Europe.

Pete has been a professional musician most of his life and was a former member of DJM recording artists “Boy Bastin” in the 70’s, after which he joined the recording stars “The New Bachelors” and toured Australia and the UK and appeared with them at “Her Majesty’s Theatre” for Her Royal Highness no less! He also appeared at The Festival Hall and had numerous TV engagements.

Steve has an enviable reputation as a solo performer after a long career working with a variety of bands, most notably Cube records’ “Pearly Browne” in the late 70’s with drummer Simon. Steve has a large collection of Fender Strats ensuring that The Beach Boys Gold has that “authentic” 60’s sound. He takes the role of Mike Love in the band, taking most of the bass lines and lead vocals.


What People Have Said

Thank you for a great evening last friday at Shalford Park, Guildford. We all really enjoyed it.
My daughter (aged 6) was dancing most of the session (and slept well into saturday morning!). You had her worried though when you hadn't played Barbara - Anne by the time you finished the set.
You certainly brought some summer to Surrey!

I am just e-mailing you to let you know that this was a
fantastic show. My friends and I really enjoyed ourselves.
It was brilliant, superb, excellent and great fun. I have
e-mailed the Corn Exchange to recommend that they book you
again!

Have fun performing and take care of yourselves.

My wife and I saw you at East Mersea last year (Bands on the Beach) and were astounded by the band. Being a proficient musician myself (lead guitar, bass and vox) I know how hard you have practised and how much you have studied the original Beach Boys recordings. It is this kind of dedication that most punters miss. When are you coming back to Essex/Suffolk/Norfolk? By the way, I have never heard keyboard sounds so close to the record as what you get. Not bad for the M1!! Superb playing and musicianship by all the band and the harmonies were fantastic, and sound wise well balanced. You were the best band there and should have been headlining (and that's from a dedicated Quo fan!). I know its been 12 months since the gig, but it shows the lasting impression made on a fellow performer.