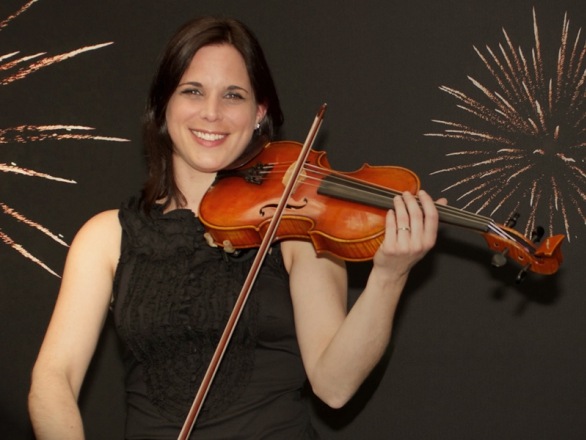 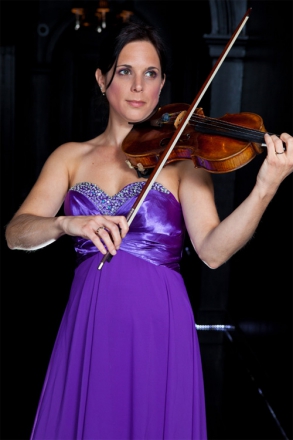 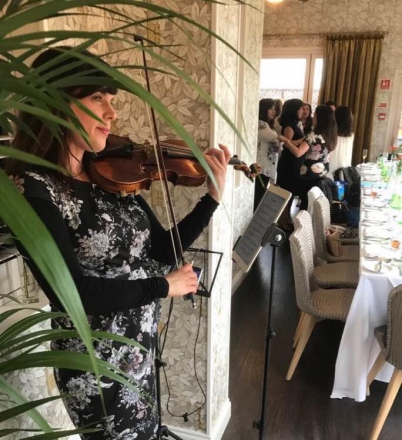 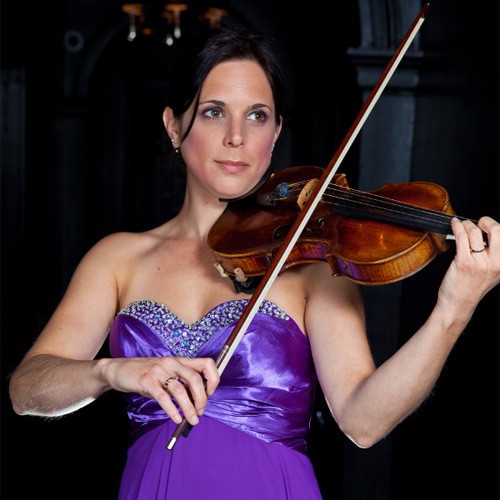 Kern: The Way You Look Tonight
Heusen/Cahn: Come fly with Me
Mancini: Moon River
Jobim: The Girl from Ipanema
Howard: Fly me to the Moon
Gaudio: Can't take my eyes off you
Porter: Every time we say goodbye
Gershwin: Summertime
Thiele/Rice: What a Wonderful World

“Soloise is very talented with a wide ranging repertoire playing something for all ages and styles. She coped well with the awful weather we had on the day and took it all in her stride but I am sure she would have preferred to have played in the sunshine rather than inside the marquee. I would certainly recommend her for any event.”

We would book Soloise again in an instant!

“Wow! Where can I begin?! Soloise opened our Golf Club New Year’s Eve celebrations. She is totally professional, incredibly talented and a super nice, calm lady too. She played as guests arrived, a set during main course and an up beat light show before the dancing began. So many positive comments from guests. We would book her again in an instant. Absolutely perfect. Thank you Soloise!”

“Soloise provided lovely background music for our summer party, last night, which complemented our theme, set in a courtyard connected to Southwark Cathedral. She arrived in plenty of time to set up, looked beautiful in a very nice blue dress, was very pleasant to deal with and was very flexible in terms of her playlist. We cannot recommend Soloise enough!”

“Hi Soloise was great at out party, she started off with great well known tunes at a level that was background music, then as guests turned up she revved it up to a faster level, her choice of music was fantastic and suited our party excellently, I would definitely use her again. Thank you for adding a very special touch to the party.”

The most perfect background music to kick start our day celebrating with family ...

“Thank you so much for such an incredible performance yesterday! It was the most perfect background music to kick start our day celebrating with family and friends. You were the consummate professional and many of the guests commented on the music and your performance. Thanks for helping us to make it such a memorable and special day. ”

Most Alive Network artists travel UK wide and internationally. Get a guide price instantly by clicking the 'get quote' button and entering your event date and location. Make an enquiry and we will liase directly with Soloise (Electric and Classical Violinist) to confirm price, availability, and the provide you with a confirmed quote.

"Soloise gave an exciting performance and my guests were all on their feet cheering. It was a wonderful finish to an amazing closing party for London Fashion Week "
- Kaja Wunder - Owner of The Button Club

Soloise is a classically trained violinist who studied at the Royal College of Music in London and now enjoys a successful freelance career.

Soloise has been booked for a variety of events including, weddings, charity events, corporate functions and Bar Mitzvahs. She has performed at London Fashion Week and at the wedding of Spurs and England footballer Jermaine Jenas to Ellie Penfold.

Biography and Previous Experience
Soloise began playing the violin at age 5 and trained at Chetham’s School of Music, Manchester and the Royal College of Music, London. Since graduating, Soloise has been a regular freelance player with the City of Birmingham Symphony Orchestra (including their 2010 & 2011 BBC Prom concerts conducted by Andris Nelsons) and other ensembles including English National Ballet, London Festival Orchestra, New London Soloists, English Symphony Orchestra, City of London Chamber Orchestra, Belmont

She has appeared as principal 2nd violin with the Guildford Philharmonic, London Soloists Chamber Orchestra and City Chamber Ensemble.

On TV she has been seen on the X Factor, GMTV, Concert for Diana, Friday Night Project, This Morning, Top of the Pops, Parkinson, The Two Ronnies, The Brit Awards.

Recently she has recorded for Emeli Sande, Matt Cardle and for the christmas Marks and Spencer advert with the Xfactor finalists. Soloise can also be seen playing on Tim Minchin's latest DVD, Tim Minchin and the Heritage Orchestra - live at the Royal Albert Hall.

After booking, speak directly with Soloise.