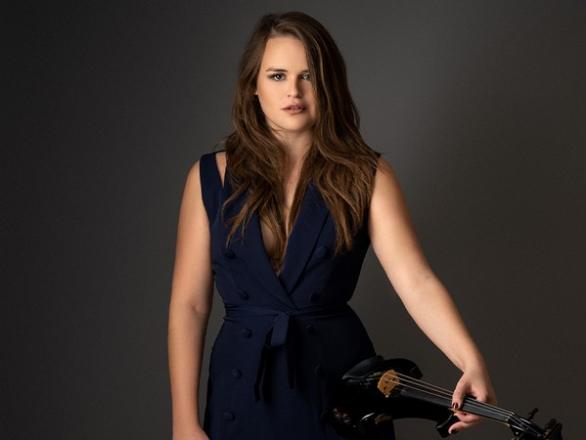 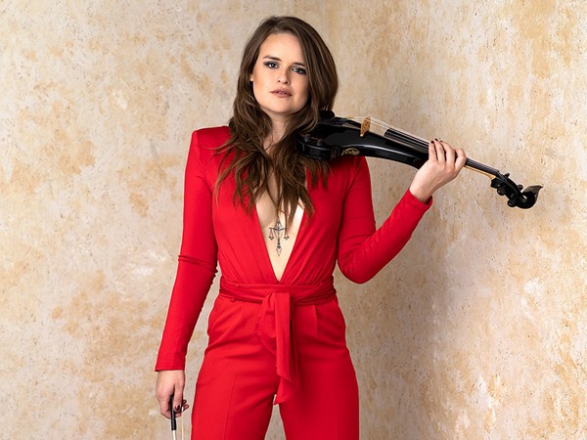 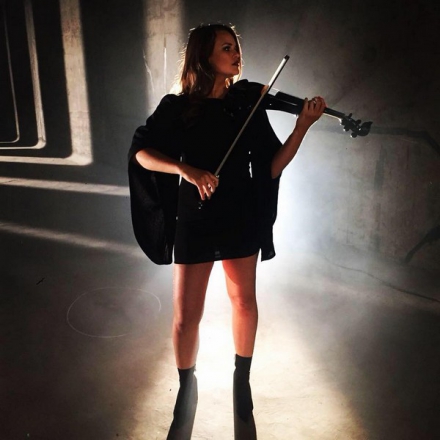 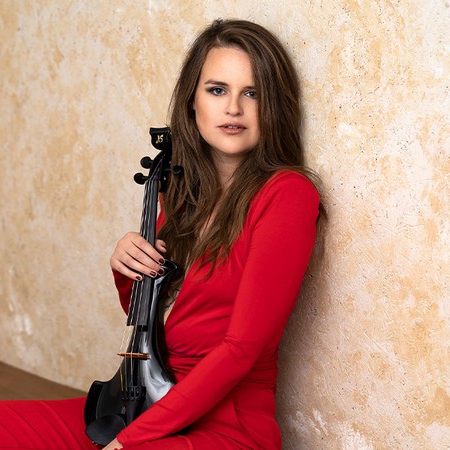 Hollie is a versatile and exciting, classically trained violinist and electric violinist with a wide repertoire that can be tailored to any event. She is available to hire for weddings, parties, corporate events, recording sessions, and orchestral concerts throughout the UK and worldwide.

“Hollie Was Amazing At Our Wedding!!”

Film Music/Jazz
All I Ask of You – Phantom of the Opera
Somewhere Out There – An American Tail
Sunrise, Sunset – Fiddler on the Roof
A Time For Us (Love Theme) – Romeo and Juliet
Wedding Processional – The Sound of Music
Over the Rainbow – The Wizard of Oz
My Heart Will Go on – Titanic
Nearer My God to Thee – Titanic
Main Theme – Game of Thrones
Rains of Castamere - Game of Thrones
A Whole New World – Aladdin
Pure Imagination – Willy Wonka’s Chocolate Factory
Main Theme – Mission Impossible
Music from Star Wars
Music from Pirates of the Caribbean
Hallelujah – Shrek
At Last – Etta James
Feeling Good – Nina Simone
Aint No Sunshine – Bill Withers
Signed, Sealed Delivered – Stevie Wonder
I Say A Little Prayer For You – Aretha Franklin
This Will Be - Natalie Cole
Never Enough - The Greatest Showman
A Million Dreams - The Greatest Showman
Main Theme - Gladiator
Main Theme - Schindler’s List
Hedwig’s Theme - Harry Potter
Main Theme - Jurassic Park
Love Theme - The Godfather
Kiss the Girl - The Little Mermaid
Diamonds are Forever - Shirley Bassey
Can You Feel the Love Tonight - The Lion King
You’ll Be in my Heart - Tarzan
Let it Go - Frozen
How Far I’ll Go - Moana
This Will Be - Natalie Cole

Hollie Was Amazing At Our Wedding!!

“Hollie was amazing at our wedding!! She played throughout the ceremony itself and then for around an hour or so afterwards. She was very professional and just got on with everything on the day, including having to move inside and back out again when we had an unexpected rain shower! Before the wedding communicating with Hollie was really straightforward, she was always quick to reply while being pleasant and helpful. She played all the songs we requested even though several were not on her repertoire. We'd also asked that she play others in a similar genre as we hadn't requested enough to fill the time, and were really happy with her choices which fitted with everything else perfectly. Hollie's playing was so beautiful, it really made the day special and so many of our guests commented on how amazing the music was. For me the electric violin music was one of my favourite bits of the whole day. Would highly recommend Hollie!”

“We couldn’t recommend Hollie highly enough. She is an incredible musician and a lovely person! Everyone at the wedding commented on her musical ability and she really went out of her way to play everything we liked, including pieces that weren’t on her original track list. Thank you Hollie for helping to make our day extra special! Hannah & James Dean x”

Price from £408 + travel from Hampshire

Most Alive Network artists travel UK wide and internationally. Get a guide price instantly by clicking the 'get quote' button and entering your event date and location. Make an enquiry and we will liase directly with Hollie Violinist to confirm price, availability, and the provide you with a confirmed quote.

Wedding Ceremony and drinks reception (up to 2 hours total)

Wedding Ceremony and Drinks Reception (up to 3 hours total)

Hollie is available to play at weddings throughout the UK and beyond.
Hollie can play for all aspects of your special day, whether that be welcoming the guests before the ceremony and playing during the ceremony itself, entertaining guests during the drinks reception or playing relaxing background music during the wedding breakfast. For something unique and exciting, Hollie can even improvise alongside your DJ during the evening celebrations!

Hollie can play either classical or more modern/pop music and, if appropriate, will play with high quality backing tracks. If there is a particular song or piece of music that is special to you and is not on her example repertoire list, Hollie will do her upmost to accommodate this. Hollie can play with or without amplification, depending on the size of the venue, and can even play on electric violin if desired.

Hollie can also provide a bespoke service for any party or corporate event in the UK and worldwide, from classical background music, to high-impact show sets on the electric violin.

Hollie can play up to 4 x 45 minutes sets of background music, perfect for dinner parties, store openings or drinks receptions. Hollie can play traditional classical music, jazz and film music or ‘chill-out’ style pop ballads/chart music with backing tracks, on either electric or acoustic (with or without amplification) violins.

Hollie can also provide a high-energy show on electric violin, which can include up-beat pop/chart hits, dance music and even rock.

For corporate events and club nights, Hollie can bring an exciting addition to any DJ set. She is able to roam wirelessly with her electric violin, and can perform for 3 hours (45 minute sets with breaks), improvising along to every song.