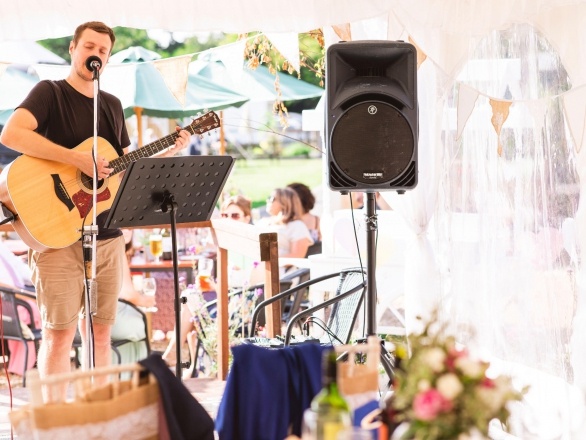 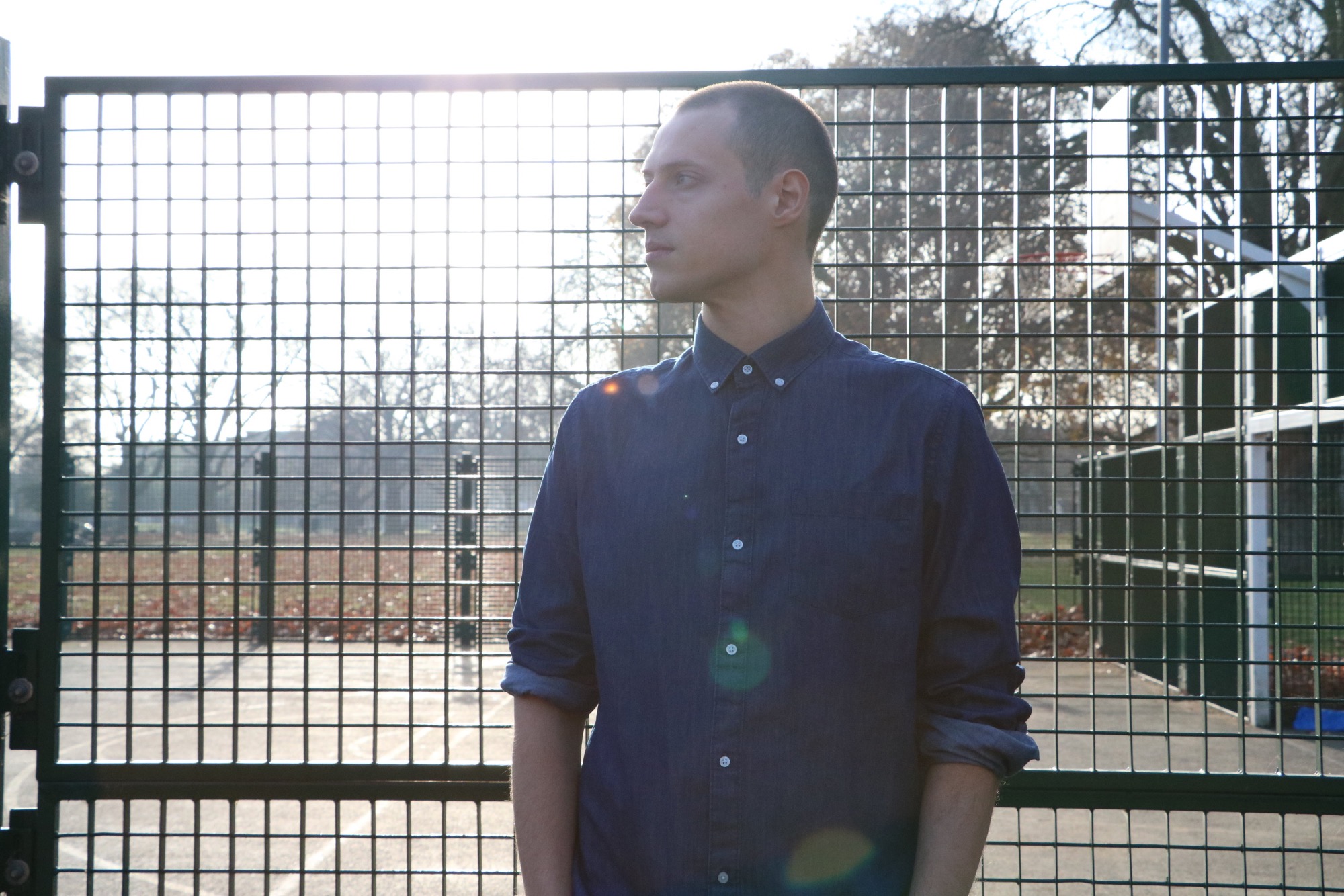 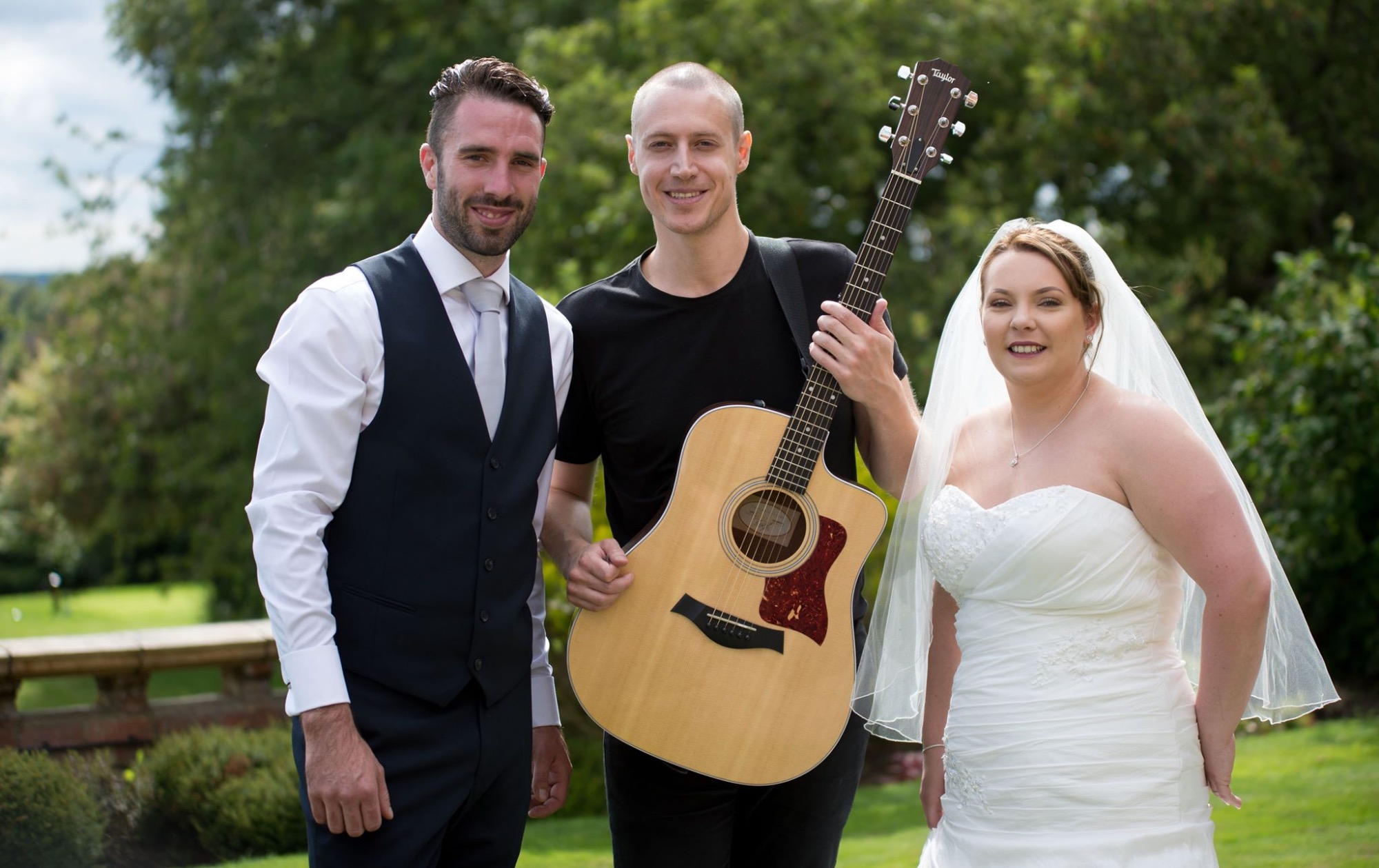 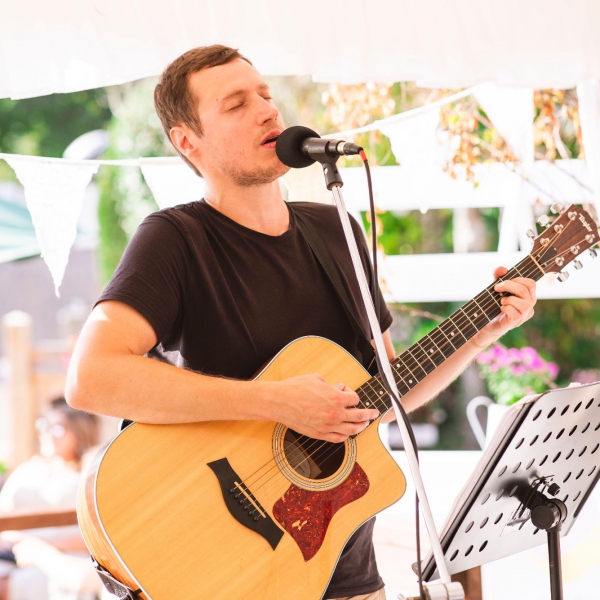 With a wealth of experience in weddings and other live events, Marcus is a singer-guitarist who specialises in rock, pop, indie and soul from the '60s to today – from the classics of the Beatles & Bowie to Ed Sheeran & Bruno Mars! Capable of adding a special twist to that special song, Marcus looks forward to creating the perfect set list for your event.

'00s
5 Years Time – Noah and the Whale
Are You Gonna Be My Girl – Jet
Back To Black – Amy Winehouse
Feeling Good – Muse
Golden Touch – Razorlight
Green Eyes – Coldplay
Hey Ya! – Outkast
I Just Don't Know What To Do With Myself – The White Stripes
I'm Yours – Jason Mraz
Island In The Sun – Weezer
Last Nite – The Strokes
Naive – The Kooks
New Shoes – Paolo Nutini
Other Side Of The World - KT Tunstall
Rule The World – Take That
Sail Away – David Gray
Seven Nation Army – The White Stripes
Take Your Mama – Scissor Sisters
The Man Who Can't Be Moved – The Script
Valerie – The Zutons / Amy Winehouse
You've Got The Love – Florence and the Machine
Young Forever – Jay Z ft Mr Hudson

'90s
Creep – Radiohead
Don't Look Back In Anger – Oasis
Everlong – Foo Fighters
Fake Plastic Trees – Radiohead
Half The World Away - Oasis
Just – Radiohead
Lifted – Lighthouse Family
Losing My Religion – R.E.M.
Lover, You Should've Come Over – Jeff Buckley
Lump – The Presidents of the United States of America
One - U2
Over The Rainbow – Israel Kamakawiwo?ole
Why Does It Always Rain On Me? - Travis
Wonderwall – Oasis
You've Got A Friend In Me – Randy Newman

“Marcus was amazing! Everyone commented on how brilliant he was and it really made the night. Huge thanks, it’s been so straightforward”

“Marcus performed at our wedding this autumn, and we honestly couldn't have been happier with the experience. We knew prior to booking that his music sounded great and that his style was exactly what we were looking for, but we were so pleased to find that he was also a fantastically kind and understanding chap. From learning two new songs for us, to his astonishing patience with us (we're a pair of control freaks!), we couldn't have wished for anything more. Communication was clear and incredibly speedy, and yet he was also flexible to go with the flow on the day itself. Thank you so much Marcus, we really appreciate everything you did to make our day one to remember. Hope to have an opportunity to experience your music again some time!”

“Marcus was incredible, his voice was brilliant we booked him for our wedding ceremony and I was late due to a our driver going the wrong way ahd he played more songs keeping the groom calm. After our ceremony he was the perfect choice to start our time as Mr and Mrs!! All our attendees commented on how fantastic he was!”

“Marcus made the whole experience easy and very pleasant from our first communication prior the party to the actual evening Really nice guy and great musically, everything we could have wished for to make our evening one to remember”

“Marcus made the hole experience easy and very pleasant from our first communication prior the party to the actual evening Really nice guy and great musically, everything we could have wished for to make our evening one to remember”

Most Alive Network artists travel UK wide and internationally. Get a guide price instantly by clicking the 'get quote' button and entering your event date and location. Make an enquiry and we will liase directly with Marcus to confirm price, availability, and the provide you with a confirmed quote.

Singer-guitarist Marcus has a broad repertoire encompassing rock, pop, indie and soul from the '60s to today, from the Beatles to Bruno Mars.

Having been classically trained on the piano since childhood, and then picking up the guitar aged 16, Marcus has been involved in music for over 20 years. Having played in several bands in London and Birmingham, and performed his own material around London at legendary venues such as the Troubadour, he has been performing for nearly a decade.

Marcus can boast having played over 200 gigs over the last two years – many of them private events and weddings. He mostly travels over the South East of England, but can go further afield where required.

Marcus is perhaps most at home playing downbeat, romantic numbers, but is well renowned for being able to play a given song in several different ways, and is more than capable of getting a crowd dancing! He likes to tailor his performance to the event, and is always happy to learn a special song or two for the day if appropriate! With consistently great reviews from clients, and a reputation for good communication and professionalism, Marcus looks forward to sculpting his musical performance to fit your event perfectly!

After booking, speak directly with Marcus.