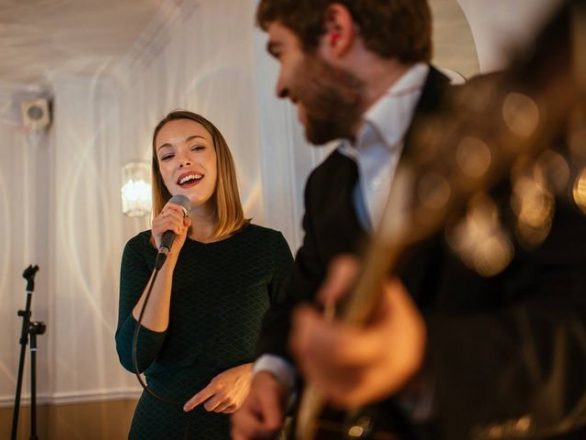 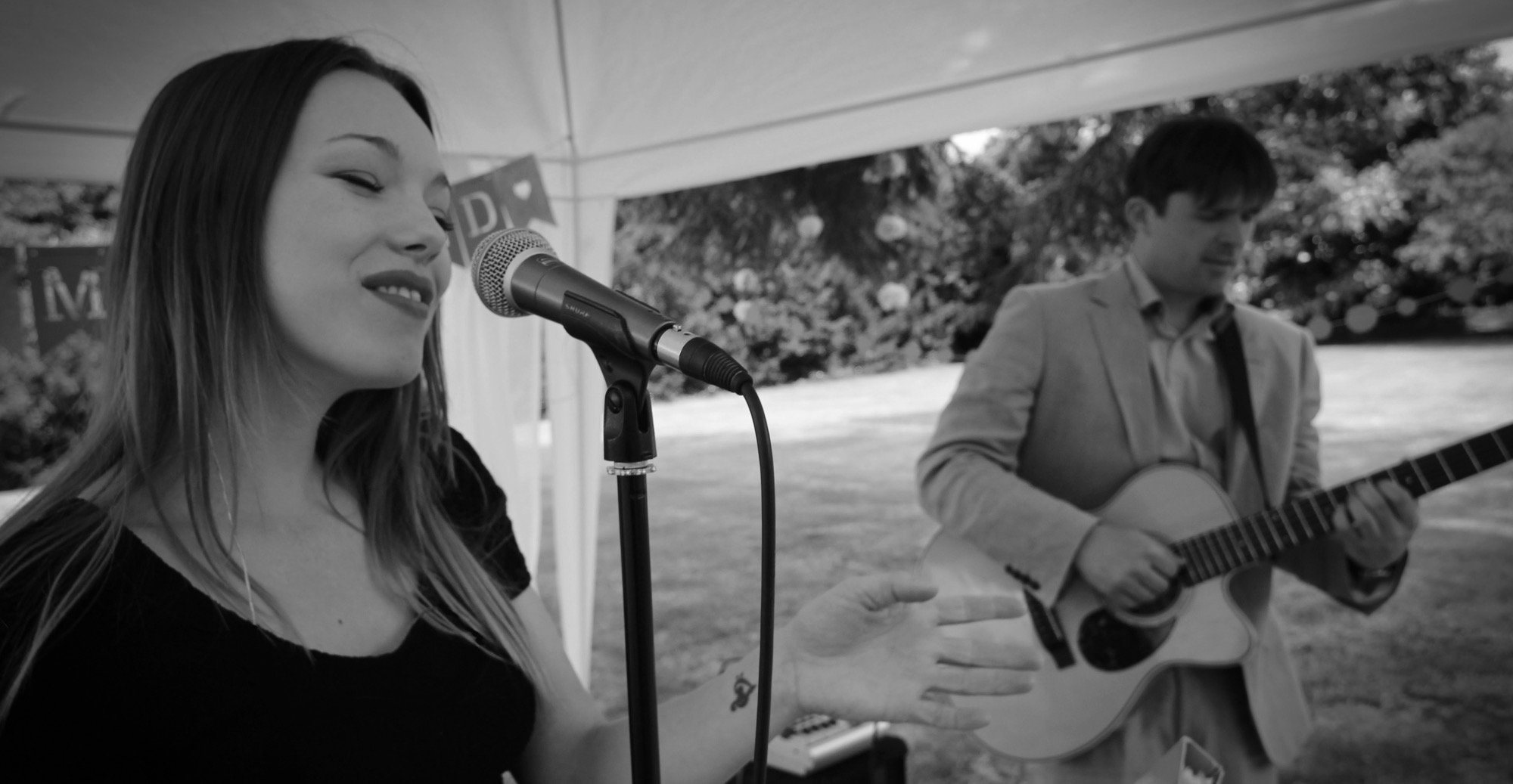 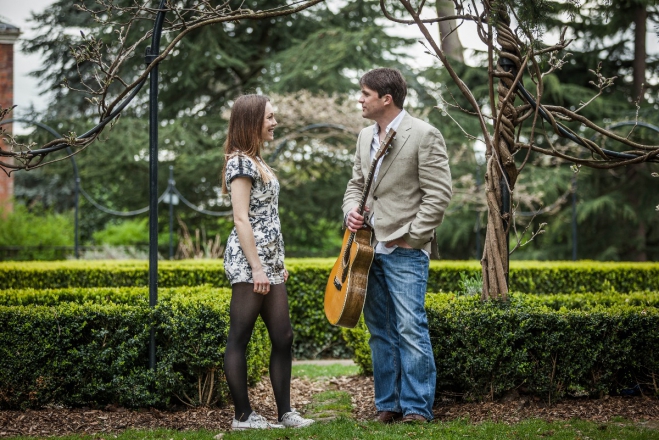 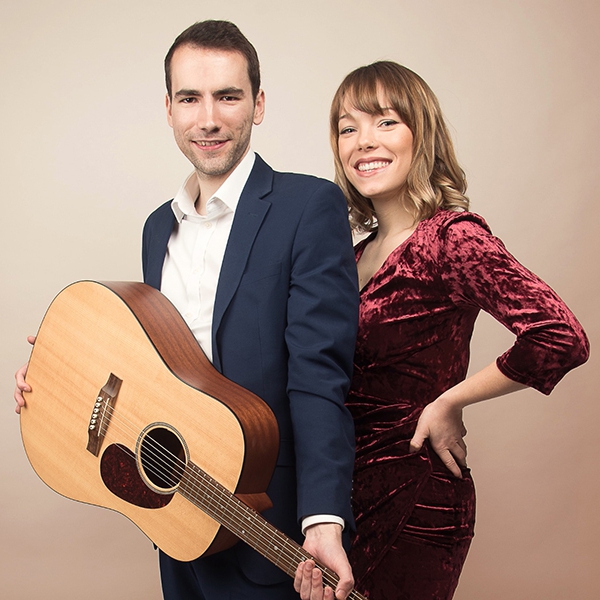 With stunning female vocals & guitar, stomp box & tambourine, Hummingbird perform an honest acoustic set of modern chart toppers and classic favourites with a soulful, jazzy twist! Suitable for weddings, corporate events or private parties, this duo will deliver an intimate and charismatic performance that everyone will enjoy!

“Amazing! Everything we wanted and more”

Amazing! Everything we wanted and more

“If you are thinking about booking humming bird- do it, you will not be disappointed. We booked humming bird for our wedding. They sang during our ceremony and during the reception drinks. It was amazing! Chloe has such a beautiful voice. Communication was great and they even gave us recommendations. Humming bird offer a song not on their set list for free so we picked our own entrance song. Our guests all said how lovely the live music was. Honestly amazing and worth every penny and more.”

Resident still talking about the event!

“These were amazing! The residents loved the event having these guys performing on the evening and would recommend it for anybody who is looking for a good atmosphere for any event. They kept the crowd engaged and played according to what we requested.”

“The wedding was running little behind schedule, but hummingbird where there in time. I insisted that they just play and finish at the previously agreed time. Hummingbird ended up playing the full 2 set lists and even played encore requests! They sounded awesome and full of class! Great vocals over stylishly played acoustic guitar - their sound complimented the atmosphere and had people dancing and singing along! You both were truly amazing, thank you again! Alan”

Perfect for a relaxed summer party

“Hummingbird were ideal for our private party. All generations enjoyed superb vocals and accompaniment on a glorious summer evening. All our guests were asking where we had found them. Would highly recommend!”

“Hummingbird were an excellent choice for the ceremony and champagne reception at our wedding. Our guests were wowed by their sound and told us how brilliant they were, Chloe's voice is amazing! Also very professional and timely communications. Can't recommend them highly enough and would definitely book them for another event. Thank you!! X”

Most Alive Network artists travel UK wide and internationally. Get a guide price instantly by clicking the 'get quote' button and entering your event date and location. Make an enquiry and we will liase directly with Hummingbird to confirm price, availability, and the provide you with a confirmed quote.

Have 2 P.A systems, both a large one (Wharfedale pro EVP -X12P speakers (x2))for main sets and a smaller P.A system (Behringer EuroPort Portable) for ceremony performance (unless the large is required). This means if you hire us for both the ceremony and the wedding breakfast the change over is quick and seamless as you and your guests transition from the ceremony to the celebration.

Hummingbird deliver an intimate and charismatic performance, with a set up of vocals and guitar, stomp box and tambourine!

With over 120 songs in their repertoire they have plenty to choose from. An expansive variety of fast, slow, classic tracks and current chart toppers to suit any occasion, whether it be an elegant wedding breakfast or and uptempo evening celebration. There is something that everyone will be able to enjoy!

Hummingbird are also happy to learn songs on request, so if you have any special tracks you have in mind for your wedding ceremony or birthday party just let us know.

Meet The Musicians
Vocalist Chloe
As seen on the TV series The Voice UK 2012, Chloe grew up in the Midlands before moving to London at 16 to study music at The BRIT School of performing arts and technology. Following in the footsteps of previous BRIT school students such as Adele, Amy Winehouse and Jessie J.

Singing and performing for over 11 years, Chloe has been a part of many different bands and projects ranging from the Warwickshire youth Jazz Orchestra, with who she went on tour to Barcelona, to being a member of the Midlands Choir, performing at prestigious venue's such as the Royal Albert hall and the NIA.

Also a songwriter, in 2009 Chloe won an award for best up and coming songwriter in London as part of London Songwriters Week as awarded to her by Alex James from the British pop band Blur.
Performing regularly at venues such as Ronnie Scotts Jazz club, Chloe is slowly becoming a known face on the london music scene.

She is also a vocal coach and session vocalist, session singing on tracks for top producers such as Guy Sigsworth who has produced for artists such as Madonna, Bjork, Britney Spears and many more.

Guitarist Robbie
Classically trained at Trinity, London, Robbie's career has taken him on a very varied musical journey. He spent most of his career working mainly on West End theatre shows playing guitar in the dark orchestra pits underneath the stages.

He's worked contracts in London with The Lion King and Hairspray, Billy Elliot, Wicked, Legally Blonde to name a few.

After booking, speak directly with Hummingbird.