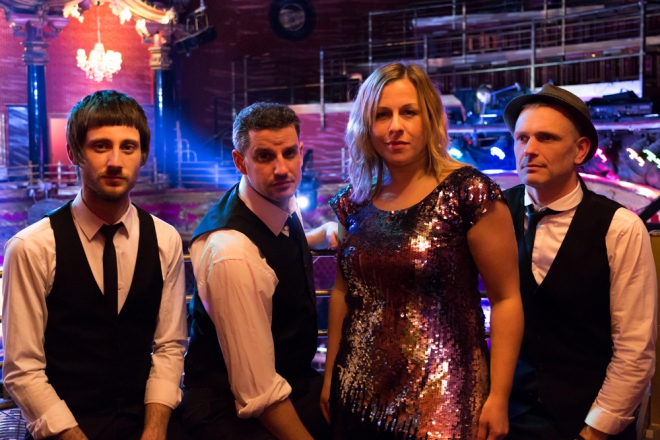 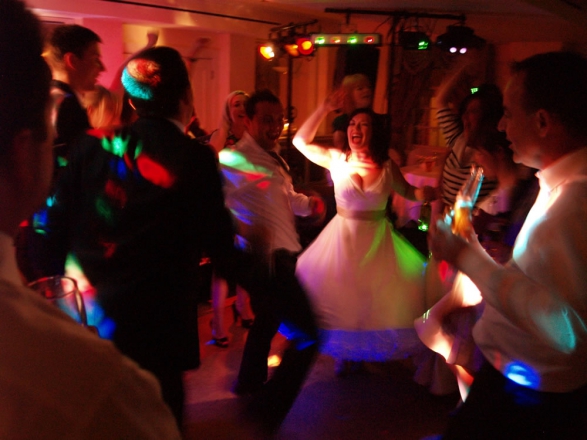 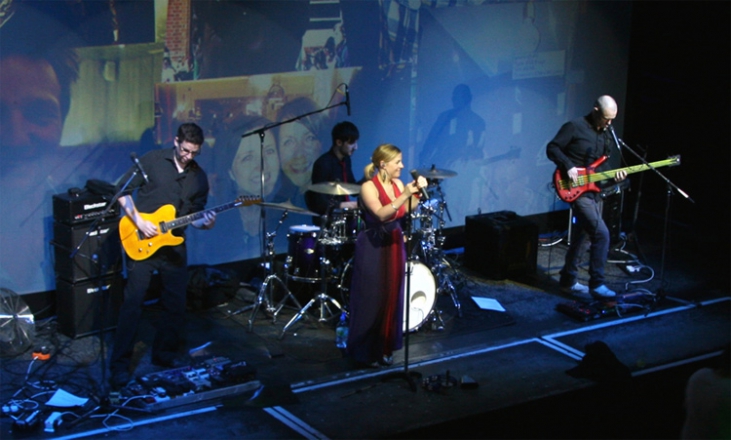 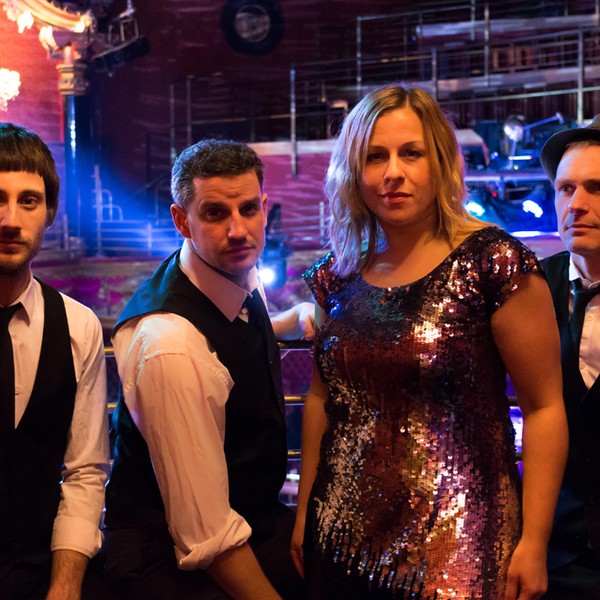 An exceptional, high-energy party band with male and female lead vocals, beautiful harmonies and the ability to play almost anything. They will have you dancing from the very first song to the last encore.

“Everything we hoped for, and more!!”

Everything we hoped for, and more!!

“ETA made our wedding reception ROCK!! Everyone was dancing & so many guests complimented the awesome band, their sound, singing & general fabulousness! We all had sore feet the next day from hours of dancing! Exactly what I wanted for our guests on our special day :-)) Thank you so much, ETA!!”

You're welcome back in Helmdon

“ETA gave a great performance all night. From the first song people were up, and the dance floor was packed until we had to stop. ETA were professional and accommodating on the night, they were flexible to our arrangements. But the main thing was the music... great variety or dance floor fillers and crowd favourites. You're welcome back in Helmdon!”

The band were just what we were hoping for

“The band were just what we were hoping for and everyone loved them. Guests did not want them to stop!”

“Everything was perfect, thank you! They were fantastic!”

You guys were totally amazing.

“You guys were totally amazing and we absoluetly loved having you play at our wedding. You got everyone on their feet and sounded incredible. Everyone has commented (including the venue) what a fantastic band you are. We also really loved the fact that you got into the fancy dress spirit and looked as though you were part of our party. We really loved having you here, you did an incredible job and I would recommend you guys to anyone. Thank you, thank you, thank you!!! Loads of Love, Lucy and Jon”

Price from £1,099 + travel from Buckinghamshire

Most Alive Network artists travel UK wide and internationally. Get a guide price instantly by clicking the 'get quote' button and entering your event date and location. Make an enquiry and we will liase directly with ETA to confirm price, availability, and the provide you with a confirmed quote.

**SPECIAL OFFER** Book ETA within 7 days of receiving your quote and you will receive a FREE DJ OPTION!

An exceptional high-energy party band with male and female lead vocals beautiful harmonies and the ability to play almost anything; ETA will have you dancing from the very first song to the last encore with stunning musicianship and stage presence. ETA will entertain and involve you in what can only be described as the ultimate party experience. ETA performers use wireless equipment so are free to roam and get in with the action!

Your Event
The choice of music is yours an extensive song list to choose from including classics from the last 50 years and current chart material and furthermore if your special song is not on the list, ETA will learn it for you!

You can have a complete mix of styles so there’s something for the youngsters as well as the oldies or if you prefer you can have the “Decades Show”, where you get whole set of 60’s 70’s, 80’s 90’s or more current chart hits in full costume! Ideal for a school disco type event as well as 70’s or other themed nights.

ETA are well suited to all types of event, having played for national companies, universities, charities, schools, weddings, clubs and pubs. ETA are just as comfortable playing in front of huge audiences as small intimate ones.

ETA can provide a range of services from 2 x 45 minute sets to a full 3 hours of music. They can also provide you with a DJ, canned music, and full light show with moving heads lasers and effects machines.

We can also provide a professionally produced recording of your first dance or other song from your wedding to use as a soudtrack for your wedding video.

Does your venue have a sound limiter? If your venue has a sound limiter installed, bands can have a problem playing within the limits set. We have a special setup to cope with playing at lower volumes and it can be fully integrated into the more modern limiter systems.

Meet The Band
Band Leader and Bass: Ash
Ash has been playing bass since his teens. He studied at the London College of Music and has since worked extensively as a bass player with original and cover bands and as a dep he has performed on programs such as channel 4's TFI Friday. Ash has also performed in the pit and on stage in musicals and played the dentist in The Little Shop Of Horrors. He has also been in panto and toured with a theatre company as a principal player.

Lead Vocals: Jess
Jess has been working professionally as a session singer, performer-entertainer since the age of 15. She's sung with various function and party bands as well as working on many projects with signed artists including Clif Richard and Tony Hadley. Jess also teaches singing and dance at a prominent theatre school as well as working with younger and disadvantaged children. Jess is a energetic performer with a very powerful voice and beautiful backing harmonies. She is also currently appearing in a BBC live show.

Guitar/ Vocals: Nick
Amongst other things, Nick has been a radio DJ, a karaoke presenter and a mortgage advisor, until joining ETA in 2005. Nick returned to college aged 21 to study music at Bournemouth and Poole College. After studying a National Diploma in Music Practice, he went on to complete an HND in Music Practice and started working at the college’s Knighton Heath Music Centre as a technician he worked with many local bands, engineering and producing demos, guesting and composing for many projects. Nick has played with artists as diverse as Paul Carrack of Mike and the Mechanics, as well as Chris Manning, runner up in the first series of Fame Academy.

Drums and electric percussion: Tommy
Meet our newest recruit Tommy, drummer and electronic percussion whizz. With a CV that spans musical theatre, studio and working with some of the UK’s up and coming pop artists Tommy’s musicality and attention to groove is a welcome addition to the Beans as is his love of electronica, widening our sound further and adding another dimension to our performances. Tommy also keeps a busy teaching schedule where his passion for the instrument is shown as having fun and developing an inner groove is a key goal in lessons.

After booking, speak directly with ETA.