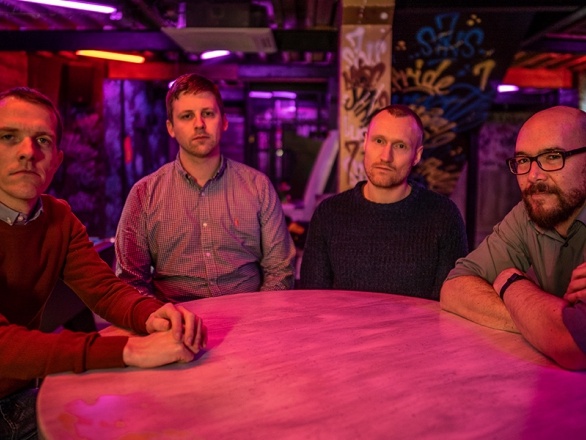 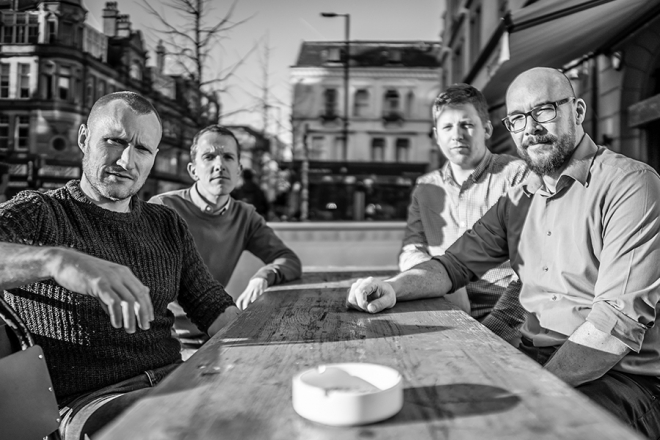 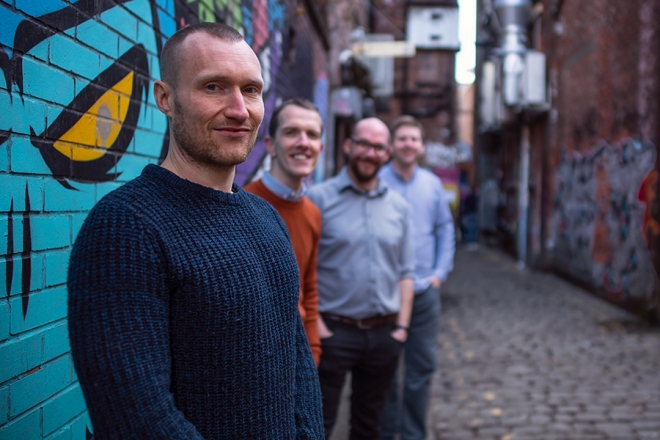 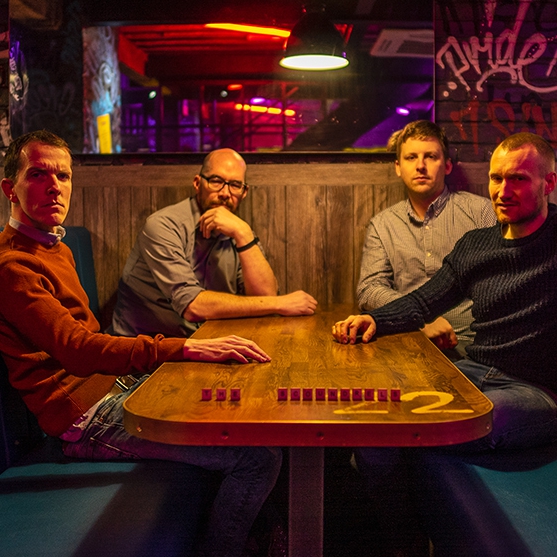 With dynamic stage presence, flawless musicianship and music from Chuck Berry to Kings Of Leon, 4 piece rock and pop band The Scoundrels guarantee to get your party started! Instrumental Jazz sets and DJ service also available!

“We are so, so pleased that The Scoundrels came to play at our wedding. All the communication was great beforehand, the set up seamless and then they just knocked it out the park with very minimal direction from us beyond “we just want people to dance.” We’ve had so many people say how much they enjoyed the music. Would definitely consider booking again for an event.”

A superb finish to our special day

“The Scoundrels were fabulous, a thoroughly professional outfit to work with. Dave was very easy to liaise with and they set up in our venue during proceedings without making any disturbance. I think I sent my requests from the repertoire the night before and they played them all, a sign of a quality outfit. Wish we could do it all again!”

Fantastic band & super nice and accommodating professionals! Made the evening of...

“These talented The Scoundrels are a fantastic band: their authentic covers were delivered just as you'd want them - tightly, brightly & flawlessly & and very much in the spirit of the originals without any needless indulgence! Quite a few experienced musos at our wedding were all very impressed! Moreover Dave and his colleagues were professional, courteous and calm to deal with throughout. What really stood out was that they were able to deliver our specific requirements all in their stride, such as Dave playing guitar in my place with my own band for our first dance (no rehearsal required - but absolutely perfect :) ), all lending us their backline and letting my uncle (a career sound engineer) tweak the mixing desk. We are hugely grateful to them all for making our evening reception a fantastic party. Highly recommended as an excellent and sure-fire choice for your event too! Simon & Alice”

“I would definitely recommend The Scoundrels if you're thinking about having a band at your party. I was really impressed with Dave right from the initial introduction call, he was very friendly and accommodating to any requests we had including a specific first dance song. On the night the band were great, many of our guests who we have since spoken too have all said how good the band were, they played all types of music that got plenty of people out of their seats and onto the dancefloor. Me and my wife are both really grateful to Dave and the guys for making our night so special!”

“The Soundrels were absolutely fantastic for our wedding, they blew the roof off! The dance floor was packed all night and they played some of our favourite tracks perfectly. The whole band are incredibly talented musicians, the keyboard player was spot on the the saxophonist absolutely nailed it. We mean completely and utterly nailed it! We would wholeheartedly recommend the Scoundrels for your wedding or event, thank you so much to the band!”

Most Alive Network artists travel UK wide and internationally. Get a guide price instantly by clicking the 'get quote' button and entering your event date and location. Make an enquiry and we will liase directly with The Scoundrels to confirm price, availability, and the provide you with a confirmed quote.

The Scoundres use tour grade RCF 4pro and Art 7 series speakers, Allen & Heath/Presonus mixing consoles and Sure, Seinheiser, AKG and Rode microphones for the best sound possible. The standard system is suitable for up to 500 guests - but can be turned down to meet the needs of all clients. Additional equipment can also be brought in for larger venues...

Special Offer!
* Book The Scoundrels within 7 days of receiving your quote and receive a FREE DJ service worth £180! Please speak to your Alive Network booking Co-ordinator for more details.

Combined with their dynamic stage presence, flawless musicianship and nonstop party classics, The Scoundrels will be the icing on the cake at your special event!

With a repertoire spaning over 6 decades of music, they really know how to get your party started and guarantee you a night to remember!

Previous Experience
The Scoundrels are all highly trained professionals having performed on TV and radio, in London’s west end theatres and having also toured and recorded extensively with pop royalty including Gloria Gaynor, Corner Shop, Suzi Quatro and Patti Boulaye to name a few.

Working as a musician has taken lead singer and guitarist Dave all over Europe and given him the delight of playing on BBC radio and in many of the UK's best jazz clubs, hotels, restaurants, festivals, theatres and recording studios. Dave's career has seen him performing with Kristyna Myles and Andy Prior along with members of The Kooks, The Cinematic Orchestra, Lamb and Aim. Dave also teaches guitar and music technology part time and works occasionally as a consultant producer and sound recordist.

Adam's distinctive piano playing has been noted for the diversity of its stylistic reference points. Having won multiple awards for his jazz piano playing, Adam has attracted keen media attention and sold out venues on most of his recent European tour. Adam won the Take 5 scholarship in 2010 and recently wrote a commissioned piece for the Manchester Jazz Festival. Adam's album's have been well received by critics and the public alike - his latest creation "The Imaginary Delta" is due out in April this year. Adam is also a well regarded educator of music as a course leader at Manchester Metropolitan University.

Despite his playful and often witty approach, Barry is a key player in the UK soul and funk scene! He has played bass in Kristyna Myles' band since 2005 and features on her debut album (due out on Decca September 2012). Barry has performed at music festivals all over the world; T in the Park, South X Southwest, Glastonbury, Montréal Blues Festival and has undertaken several European and US tours.

Gareth is an in demand drummer hailing from Cheshire. His work encompasses a wide variety of musical situations. Gareth's live work sees him performing and touring all over the UK, Europe and Canada including work on Brittany ferries, countless music festivals and the QM2 (Cunards flagship cruise liner). Session work includes the Royal Variety show and sessions live on BBC Radio 1, 2, 3 & 5 Live including shows from Mark Radcliffe, Giles Peterson, Jamie Cullum and Stuart McConey. He also did the drumming for the "Bob the Builder" Movie! Gareth is also an associate lecturer at Manchester Metropolitan University.

Your Event
The Scoundrels can perform 2 x 60 minutes sets at your event and will also provide background music (from an iPod) between sets free of charge.

The band provide PA and lighting suitable for up to around 400 people. If additional sound and lighting equipment is required, this can be arranged at an additional cost (please speak to your Alive Network booking coordinator or see booking options for more details).

The Scoundrels can also provide a 5 piece lineup with the addition of saxophone, a professional DJ service to complete your event and instrumental jazz sets perfect for daytime performances and drinks receptions (please see booking options for more details).

After booking, speak directly with The Scoundrels.