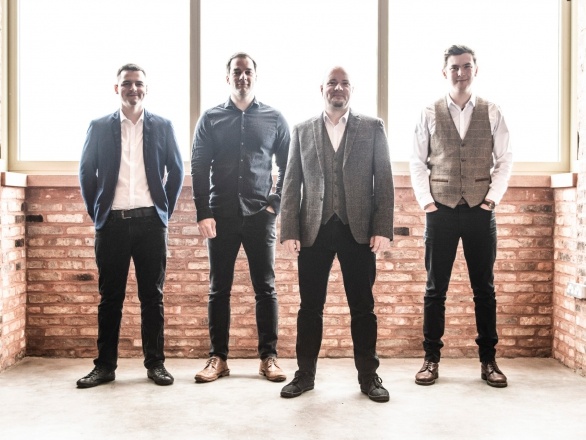 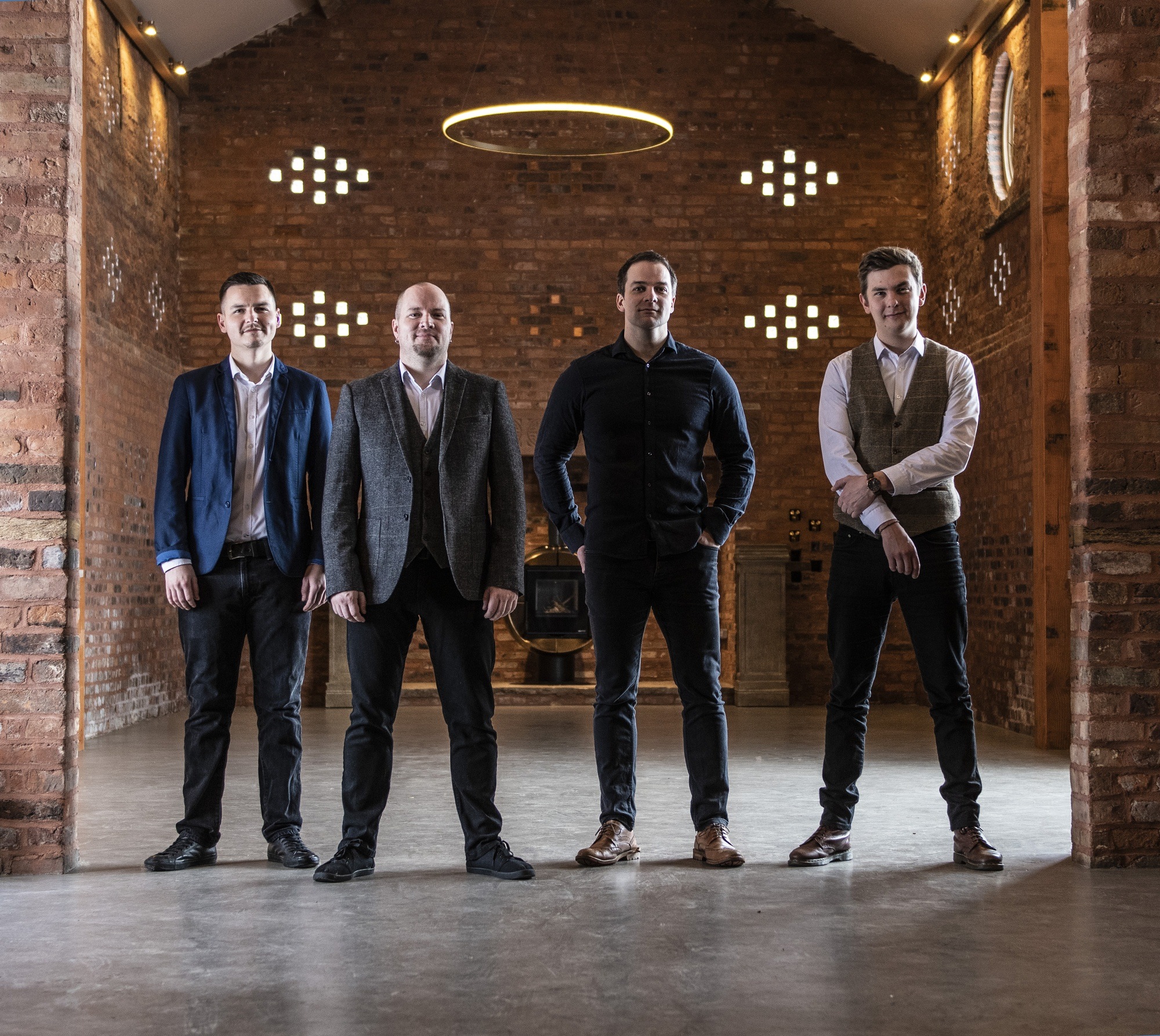 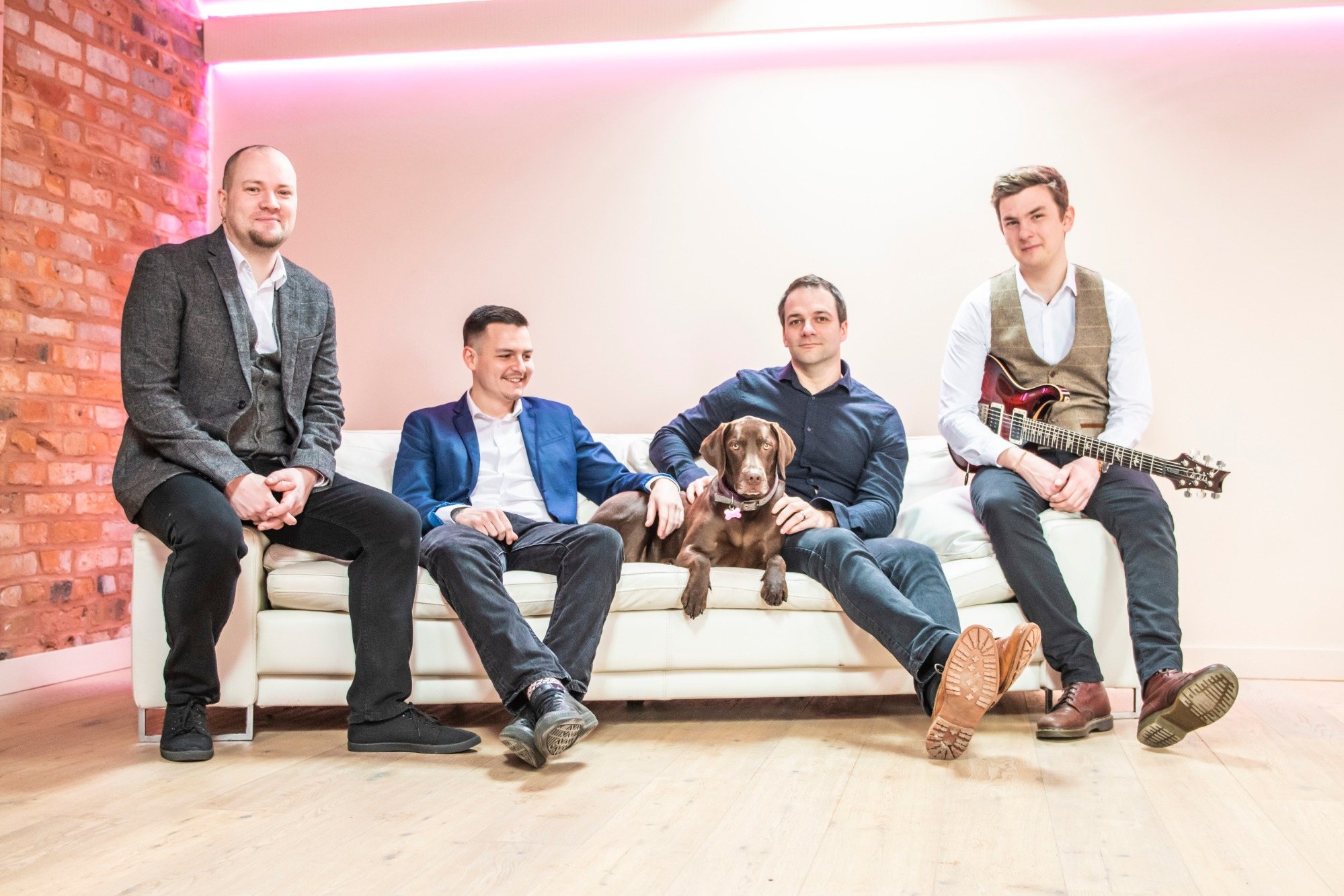 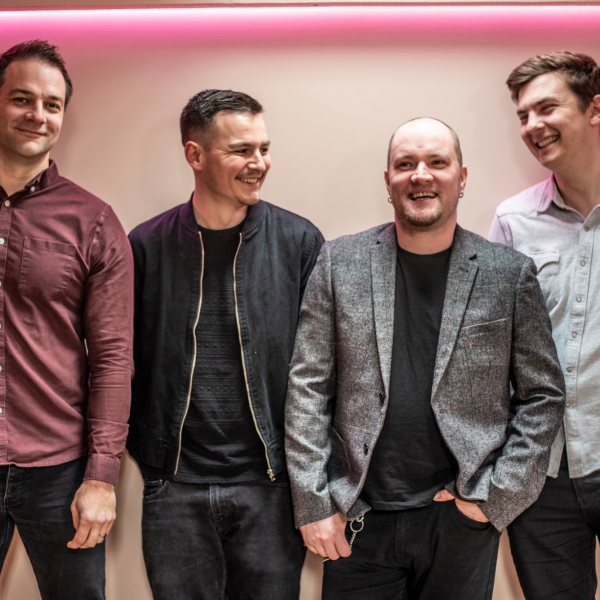 Live 4 piece party band, The Casuals, are true professionals who know how to rock any event. With nearly a decade of experience, they deliver a high energy performace with a focus on mash-ups and audience participation. With a strong repertoire, jam packed with floor-filling hits, The Casuals perform some of the greatest songs from the 1950s to present day.

The Casuals performing Call Me Al - Available from AliveNetwork.com

“So good and better than we ever imagined for our wedding”

So good and better than we ever imagined for our wedding

“Arrived and set up with no issues at all and just got on with it while we we're busy with photos. Communication from them was so good and quick prior to event and flexible to change things to suit event times and dances etc. Very professional.”

Incredible band who made our day!

“We can’t recommend The Casuals enough. From start to finish they were really accommodating and we felt totally at ease knowing that they were going to be playing at our wedding. They created the best atmosphere and we had the most fun dancing to endless tunes! We’ve had so many people comment on how amazing they were and they kept the party going until the very end. Great band with a great repertoire.”

We couldn't have imagined how awesome these guys were

“Joe and the band absolutely smashed it. Their music was on point! We had decided against doing a formal first dance but as soon as they started playing me and my wife couldn't resist going up to have a jive! They kept the room alive for the entire time they were on the stage. Couldn't have imagined the night without them. On top of that all the band members were super friendly and chatty, and Joe showed us some killer moves! We had a diverse audience and all of our guests were raving about how great the band was. Their set list is perfect! They make some awesome sounds out of those instruments and play some bangers! Couldn't recommend them enough!”

They put the groove into weddings!!

“We would highly recommend The Casuals- they were absolutely fantastic! A Liverpool band for a Liverpool crowd what more could you ask! They just knew what our guests wanted. The dance floor was never empty! You definitely need these guys in your contacts for a party night! We will definitely be booking them again...1st Anniversary Party??! ??”

Most Alive Network artists travel UK wide and internationally. Get a guide price instantly by clicking the 'get quote' button and entering your event date and location. Make an enquiry and we will liase directly with The Casuals to confirm price, availability, and the provide you with a confirmed quote.

The Casuals are a live 4 piece party band from the North West of England. Established in 2010, The Casuals have been growing in popularity and demand ever since. They have played at countless weddings, parties and events, and are one of the most experienced function bands in the country. Their live shows are tried and tested, including end-to-end sets of the nations most loved songs and party classics, giving you and your audience a night that you’ll never forget. The Causuals are known for their medleys and mash ups, and the abiltity to recreate party favourites rarely heard live.

Joe: Lead Vocals/ Guitar/ Guitar Synth
Joe has fronted many bands in his career and has hundreds of gigs under his belt! Probably one of only a handful of frontmen to fully embrace modern technology, it's not uncommon to hear his guitar sound like brass, piano, synth and even drums! (No that's not a backing track. It's live!)....his vocals aren't bad either. Now, if we can only stop him from dancing in the audience.....

Will is a graduate of the RNCM Popular Music course, and has been playing guitar from an early age. He has performed around the world with a number of different acts, including tribute bands, musical theatre productions and his own original music. Will is a busy teacher and freelance guitarist, as well as being a support worker for an autism charity. Among this, Will finds time to relax with long walks along Blackpool promenade with Martin.
Will's favourite artists are Pink Floyd, Led Zeppelin, Steven Wilson and David Bowie.

Mitch is a very experienced bass player and has performed with many different bands at venues all over the country, from Devon to the islands of Scotland. He has also toured in Europe. Mitch has occasionally been spotted tenderly whispering to his bass before gigs, although he would deny that 100%.

He has played support to bands like Underworld, the Kaiser Chiefs and Kate Nash.

Martin: Drums / Percussion
Martin first started playing drums at the age of 4. Since then, he has gone on to play for a variety of successful ensembles and bands, all over the world, including countries such as China, Kenya and Canada. He moved to Bristol at the age of 17 to study at the Bristol Institute of Modern Music, and then went on to obtain a degree in session musicianship from the Royal Northern College of Music in Manchester. When he is not playing, talking about or listening to drums, Martin enjoys nothing more than watching his favorite film, Dirty Dancing. On repeat.

After booking, speak directly with The Casuals.