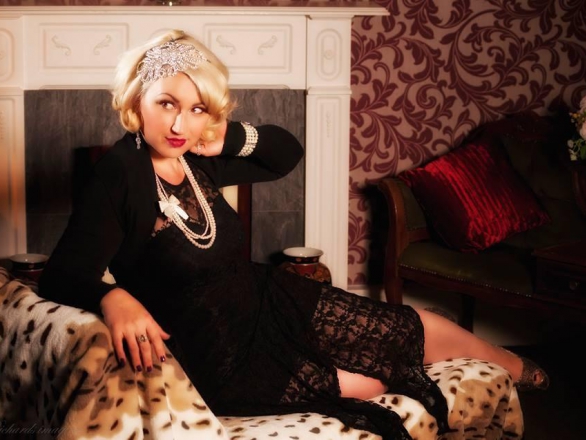 Tea For Three are a vintage quartet with stunning female vocals. Performing timeless classics such as All Of Me, At Last, Hit The Road Jack and more, Tea For Three are a professional outfit that will be a great addition to any event!

“Perfect band for our wedding reception”

Perfect band for our wedding reception

“Fantastic group of talented musicians, absolutely perfect for our wedding reception; all of our guests enjoyed listening, and in some cases dancing, to them. Would highly recommend them to anyone looking for a swing band.”

“Booking Tea For Three was the best decision we made for our wedding. They were excellent from start to finish and added a touch of class to our Special Day.”

Some comments from promoters and audience members

“Thank you so much for a fantastic evening last night. Everyone I spoke to had a great time and all were full of praise for the songs you performed and your superb musicianship kettlestone Firstly, I would like to thank you very much for a wonderful evening. It was superb. I hope you are doing the Rural Touring again. I will keep my eyes open for you playing round Lincolshire anyway.belchford My daughter & I really enjoyed the Shannon Reilly Trio's gig at Leadenham Village Hall We thought that it was a great evening (apart from the cold wind!) and the feedback has been impressively positive so please accept our thanks for a very enjoyable show.Belchford Great concert in Hemswell on 15th Feb, we really enjoyed ourselves Many thanks to you all for a most enjoyable evening. A good night was had by everyone. I particularly liked you playing your great uncle's guitar what a wonderful sound An absolutely fabulous evening.Retford It was a great evening and we have had some enthusiastic fe...”

Price from £898 + travel from Lincolnshire

Most Alive Network artists travel UK wide and internationally. Get a guide price instantly by clicking the 'get quote' button and entering your event date and location. Make an enquiry and we will liase directly with Tea For Three to confirm price, availability, and the provide you with a confirmed quote.

Highlights
* Professional vintage quartet with stunning female vocals!
* Repertoire includes classics such as All of Me, At Last, Hit The Road Jack and more!

Shannon (Vocals)
Shannon is a vocalist of exceptional quality and her spellbinding performances have captivated audiences across the UK. She has been singing since the age of five and grew up listening to Etta James, Ella Fitzgerald, Doris Day and Peggy Lee. Although she developed her style listening to these iconic singers, she is very much her own woman.

Warren (Double Bass)
Since graduating from Newcastle College of Music in 1989, Warren has been in constant demand as a session player and side man with some of the best known names in jazz and pop: including Kenny Wheeler, Andy Sheppard and Jim Mullen. He has also toured with Blur and the Drifters.

Pat (Guitar)
Pat has performed with countless british jazz artistes including George Melly, Jamie Cullum, Alan Barnes, Snake Davis, The British Allstars and Tina May as well as many visiting American and European musicians.Pat has also written music for film and television and is currently writing the electric guitar course for Charanga

After booking, speak directly with Tea For Three.