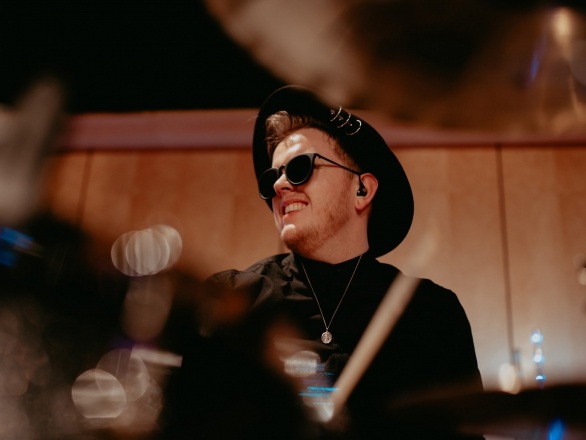 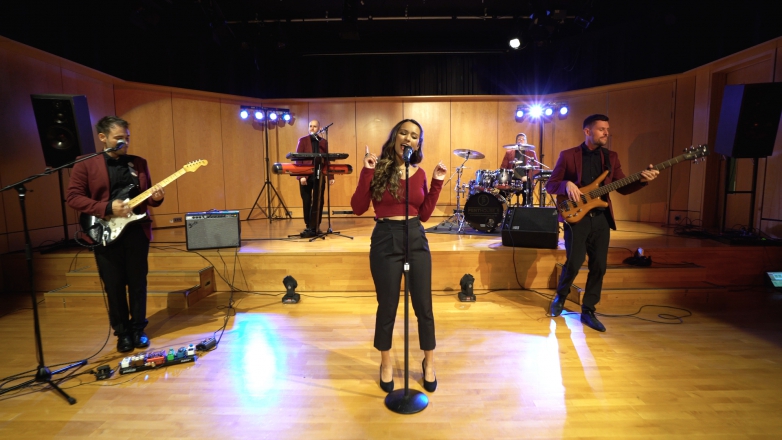 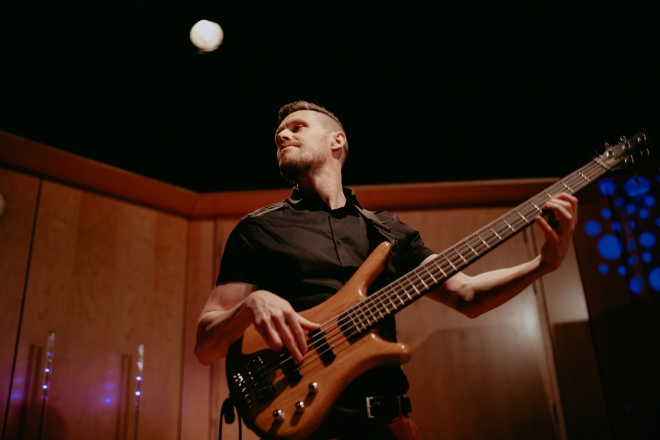 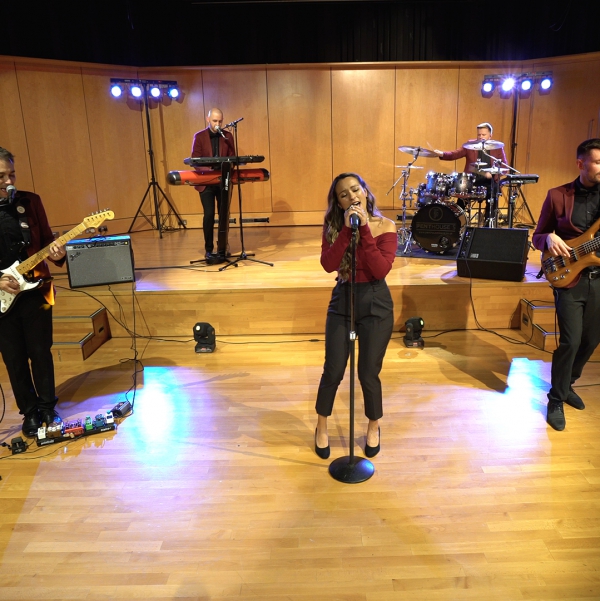 Delivering an unforgettable performance that is guaranteed to get you and your guests dancing all night, Ignition cover a range of styles from Pop, Rock, Indie, RnB and Dance music music with their own unique and contemporary twist.

“The perfect band for our wedding!”

80’s & 90’s
Babybird: You're Gorgeous
Backstreet Boys: Everybody
Blacstreet: No Diggidy
Bon Jovi: Livin On A Prayer
Boyzone: Picture Of You
Chaka Khan: Ain't Nobody
House Of Pain: Jump Around
Lenny Kravitz: Are You Gonna Go My Way
Lionel Richie: All Night Long
Luther Vandross: Never Too Much
Mark Morrison: Return Of The Mac
Michael Jackson: Beat It
Michael Jackson: Don’t Blame It On The Boogie
Michael Jackson: P.Y.T/Don’t Stop Till You Get Enough (MEDLEY)
Michael Jackson: The Way You Make Me Feel
Montell Jordan: This Is How We Do It
Oasis: Wonderwall
Prince: Kiss
Prince:1999
R. Kelly: Ignition
90’s Dance Medley: Modjo - Lady Moloko - Sing It Back Michael Grey - The Weekend Armand Van Helden - You Don’t Know
TLC: No Scrubs

Most Alive Network artists travel UK wide and internationally. Get a guide price instantly by clicking the 'get quote' button and entering your event date and location. Make an enquiry and we will liase directly with Ignition to confirm price, availability, and the provide you with a confirmed quote.

The band will learn and perform your first dance song or a special song for you.

If booked within 7 days of enquiring

The band will perform till 1am

*SPECIAL OFFER*
FREE DJ Service if you book Ignition within 7 days of enquiring.

Ignition are a live party band specialising in weddings and events in the UK and internationally; from 30th birthday parties at Southampton FC to weddings in France, Italy and Ibiza!

The band are no strangers to guests jumping up & down & singing along to their exciting live sets which includes the very best indie, rock and pop classics from diverse artists such as Oasis, The Killers, Bruno Mars, Foo Fighters and many more.

Ignition prioritise their service to their client first and foremost. Whether it's learning that first dance just the way you want it, working around your day and being flexible at a last minute’s notice or creating that unique playlist for the DJ sets, filled with the music you request!

Having over a decade of performance experience from cruise ships, luxury hotels and the wedding industry at large, Ignition are a band that bring a wealth of experience to your event.

Band members are highly passionate about the music they perform, creating original mashups and segueing from song to song to keep everyone dancing throughout their live sets. Clients who have previously booked them remark at; the bands professionalism, their great communication before events, how great they sound live, their experience to read the room, how polite and friendly they are and their guests always comment on their performance!

Be sure to make an enquiry for Ignition band, you won't be disappointed!

Your Event
Highly experienced in entertaining crowds with their live performances and committed to providing a professional and flexible service, Ignition will do whatever they can to make your wedding or event a total success. The band think your wedding or party should be exactly as you want it, so if you have a few particular songs which you would like them to play, they are happy to learn them to make your day extra special!

Ignition usually play 2 x 60 minute sets but this can be split into 3 x 40 minutes if preferred.

DJ Service
When the band are not playing they can provide a DJ Service to keep your party atmosphere rocking between their live sets. The service includes a laptop with DJ software and hundreds of dance floor fillers, manned by a band member at all times, taking requests and making basic announcements if required.

About The Band
Ignition was formed by band leader, Jon Kent. After retuning to the UK from working abroad on cruise ships and hotels, Ignition band was started. Having previously worked with Keyboard player, David O'grady, and Drummer, Steely Thatcher the band started to take shapeThe band jelled well from the beginning and their success in the wedding and event industry has quickly grown.

Jon Kent is band leader, bass guitarist and founder of Ignition. Spending over seven years building up a lot of experience, performing with various bands and companies abroad. Working and performing on Princess Cruises for 5 years, has performed in over 30 countries and has been band leader and Musical Director for Suoni Music Management for four of their bands. All the experience has now allowed him to take the best parts of those, and put them into Ignition band.
Drummer, Steely Thatcher, is an incredibly technical and proficient drummer. After studying in the UK, he pushed his musical development and decided to challenge himself. For 3 years he lived and studied in America at the Musicians Institute in LA. There he gained a wealth of experience and got to be in the mix with some of the world’s best musicians. After performing abroad and working with various function bands in the UK he joined Ignition.

Keyboardist and backing vocalist, David O'Grady, studied music at University in Huddersfield. created his own originals band, had some success being featured on the BBC Introducing radio show and performing at festivals across the UK, supporting acts like ‘Ash’ and ‘The Hoosiers’. He also had the opportunity to travel and work abroad as a musician for 2 years. Working the circuit of luxury hotels and cruise ships where he met Jon. Now residing in London, Dave is an integral part of the band, from delivering killer Backing Vocals to helping create live arrangements for the band.

Originally from Rome, Italy, guitarist Yuki Rufo quickly joined the band after meeting Jon and Steely at an audition they held. With over 14 years of live experience, working with international musicians, traveling and performing world wide, session work for Italian artists and soundtracks for films, performing at various Jazz and blues festivals (“Eddie Lang Jazz Festival”, “Festival Della Creativita”, “Macchia Blue Festival” and many more.), Yuki is now one of the top guitarists in the London music scene. Just wait until you hear him rip a solo!

After booking, speak directly with Ignition.