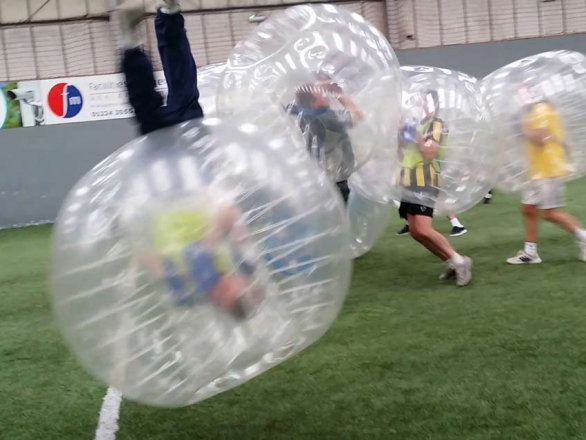 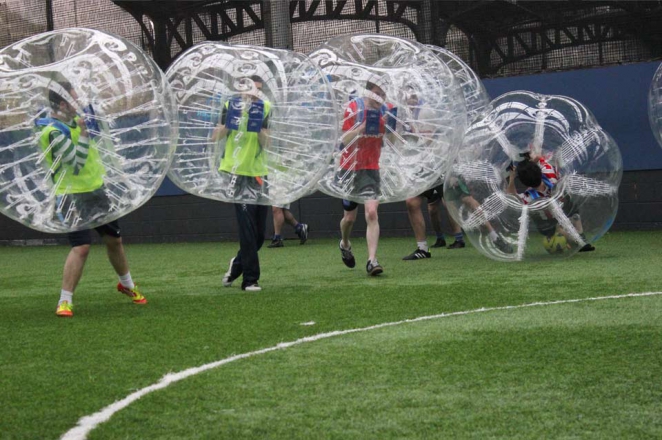 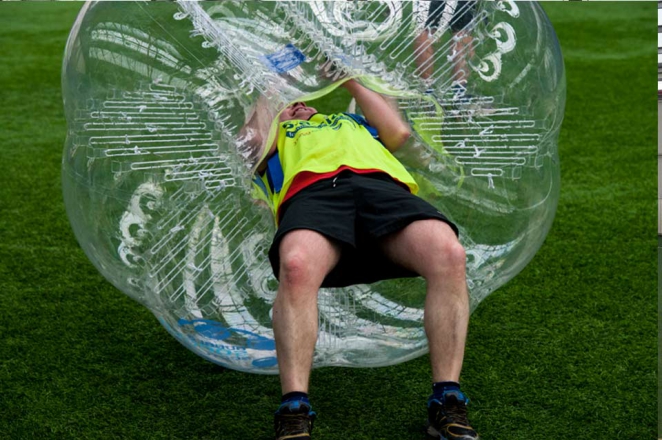 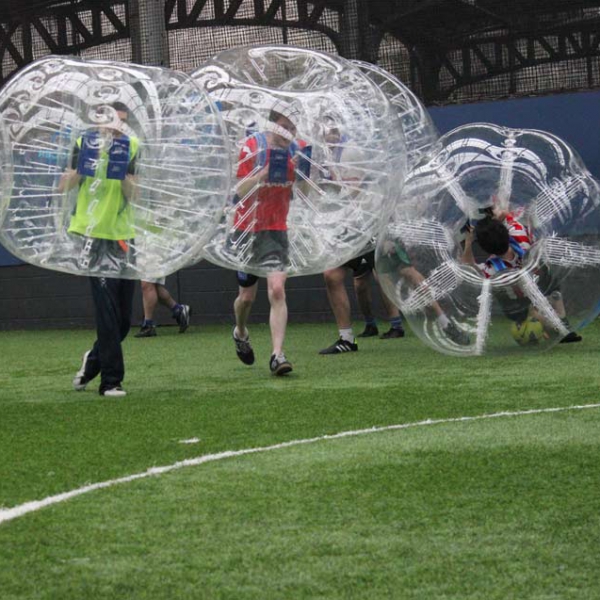 Bubble football or Zorbs, whatever the name the fun is the same. For corporate events, stag or hen do’s, fun days, football leagues and parties, these bubbles are sure to make your event go with a fizz. Get ready for a whole load of laughs, fun, bumping and bouncing.

This was the second year that we have used Alive Network to provide the entertai...

“This was the second year that we have used Alive Network to provide the entertainment for our Christmas Party and once again we were extremely pleased with the services provided by both Clare, our coordinator, and with the guys who provided the Giant Scalextric.”

Price from £513 + VAT + travel from Lincolnshire

Based on 1 person performing up to 2 hours hire

Most Alive Network artists travel UK wide and internationally. Get a guide price instantly by clicking the 'get quote' button and entering your event date and location. Make an enquiry and we will liase directly with Bubble Football to confirm price, availability, and the provide you with a confirmed quote.

Bubble Football is football with a twist. It enables the Bubble Footballer to bounce around the pitch having an unforgettable action packed fun experience from start to finish!

5 A Side Zorb Football / Bubble Football
This game consists of each player wearing a giant inflatable bubble. Two teams of five, both teams starting at separate ends with the football in the middle, this way the game kicks off with a bang!! Now it’s time for the funniest game of football you will ever have.

Bubble Football Bull Dog
This game consists of 10 participants wearing a bubble with 1 of them the bulldog standing in the middle of the play area. All remaining players stand at one end of the area & the aim of the game is to run from one end of the pitch of play to the other without being knocked down by the bulldog. When a player is knocked down, they become a bulldog themselves. The winner is the last player still standing.

Roly Poly Bubble Football
This game consists of 10 participants each in their bubbles in a line at 1 end of the pitch. The object is to get to the other end 1st but by only doing forward rolls.

1 on 1 Bubble Football It’s a Knock Out
This game consists of players getting into pairs and going head to head in this knockout tournament. The ball is placed on the centre spot & each player starts on their goal line, the winner is the first person to score in the opposition’s goal but both players must collide before the ball is touched. If you score you qualify for the next road if you concede you’re out! This is a great way to finish off the session especially with a few tired legs.