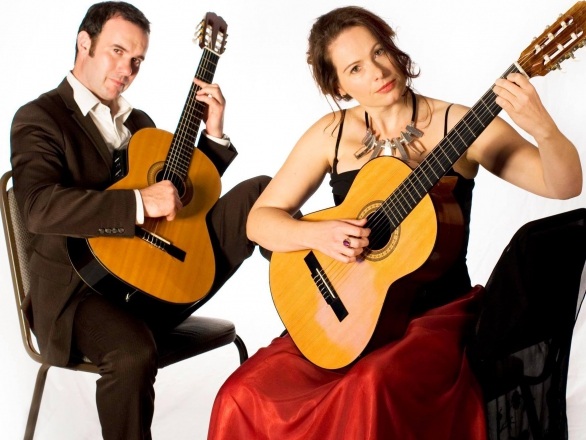 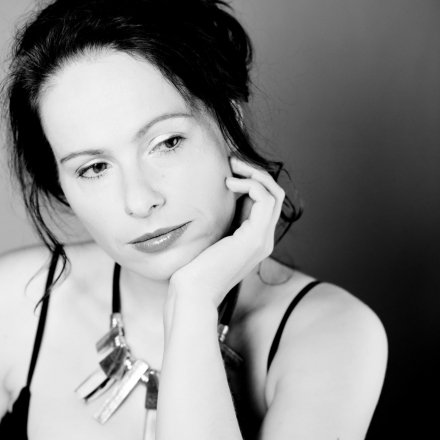 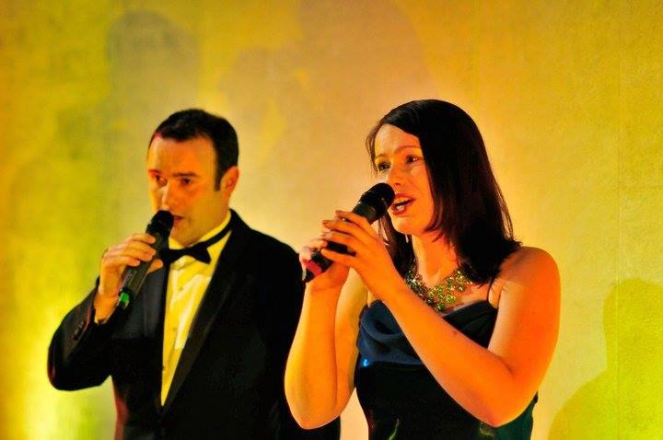 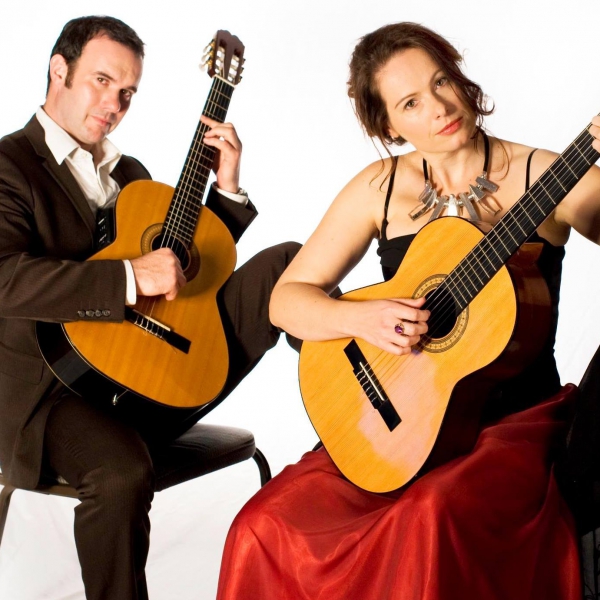 A husband and wife duo who perform a mixture of Opera, Musical Theatre, Folk & Ballads with guitar accompaniment. Having performed all over the world, including many luxury cruise ships, their chemistry and rapport with an audience creates a passionate, high quality performance suitable for Weddings, Theatres, Festivals, Corporate Events & Private Functions.

Christmas Repertoire With Guitars
A spaceman came travelling
Angels from the realms of glory
Away in a manger
Chestnuts roasting on an open fire
Deck the Halls
Ding dong, merrily on high
Gabriel’s message
Gaudete
God rest ye, merry gentlemen
Good King Wenceslas
Hark! The herald angels sing
Have yourself a merry little Christmas
I saw three ships come sailing in
In dulce jubilo
In the bleak midwinter
It came upon the midnight clear
Jingle bells
Let it snow
Mary’s boy child
O come, all ye faithful
O come, o come Emmanuel
O holy night
O little town of Bethlehem
Silent night
Silver bells
The 12 days of Christmas
The first Noel
The holly and the ivy
The infant king
The little road to Bethlehem
We three kings
What child is this?
When a child is born
White Christmas
While shepherds watched

What a feast of music...

“Thank you for your excellent performance. What a feast of music and what a spectacular time it was. Many thanks and I hope I have the pleasure of hearing you again in the future.”

Thanks for the absolutely lovely music!

“Very many thanks for the absolutely lovely music, we have had a great many compliments re. your playing & singing from friends who were at the party. We think that it really made the event.”

We were on SAGA Sapphire (Canada in the Falls October 2015) when you gave your a...

“We were on SAGA Sapphire (Canada in the Falls October 2015) when you gave your amazing performances. We purchased your CD which you kindly signed for us and just put your CD in our system. The sound was fantastic and has become one of our favourite CD's. Thanks for the beautiful performance, you are a really talented couple and you made our holiday very special.”

“Thoroughly enjoyed your performance at Norbury last night. Spellbinding performance which transported us to Italy, Spain and other places in between. A true privilege to have been there - BRAVO!”

Price from £449 + travel from Shropshire

Most Alive Network artists travel UK wide and internationally. Get a guide price instantly by clicking the 'get quote' button and entering your event date and location. Make an enquiry and we will liase directly with Amori to confirm price, availability, and the provide you with a confirmed quote.

Husband and wife team Darren and Caroline met while performing at the renowned opera festival in Bregenz, Austria and continue to pursue their individual operatic careers alongside the duo. Darren studied at the Royal Northern College of Music and his career has taken him to opera houses and theatres in Australia, New Zealand, the United States, Canada, and Europe. Caroline studied composition at Durham University and reached the final stages of Channel 4's Operatunity and ITV's Search for a Soprano. She has performed numerous operatic roles and has appeared in internationally in oratorios and concerts.

From performing with full orchestra or band to providing their own accompaniment on guitars, Amori’s talents take them all over the world, performing both on land at international venues and at sea as headline entertainers on luxury cruise ships. In the UK they perform in concert halls, theatres, festivals and at corporate and private events.

As Amori their aim is to present live entertainment of the highest quality that encompasses the many genres of music for which they have a passion. Their onstage chemistry and gift for communication means they develop a relaxed rapport with every audience they perform to, whatever the event or setting.

After booking, speak directly with Amori.