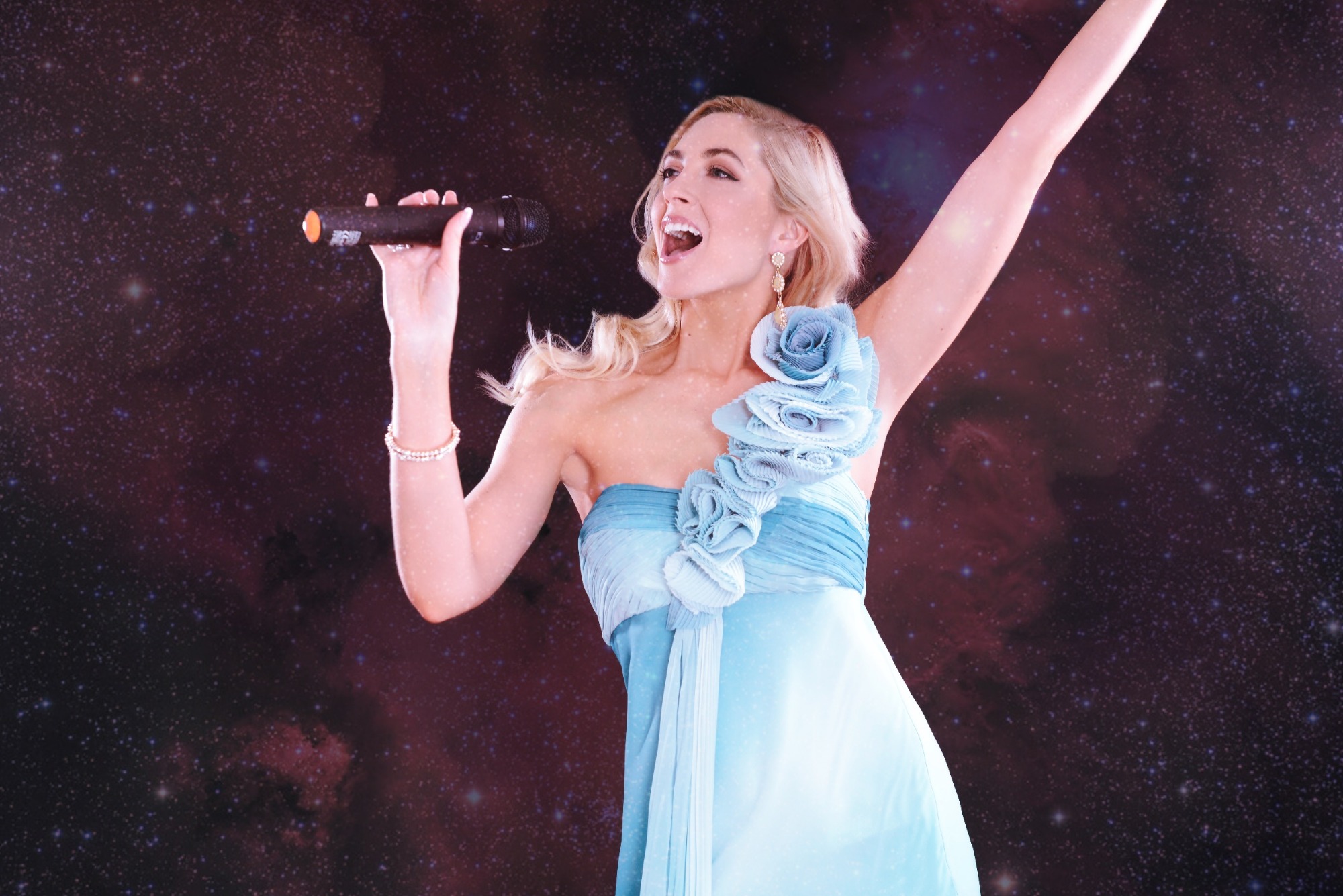 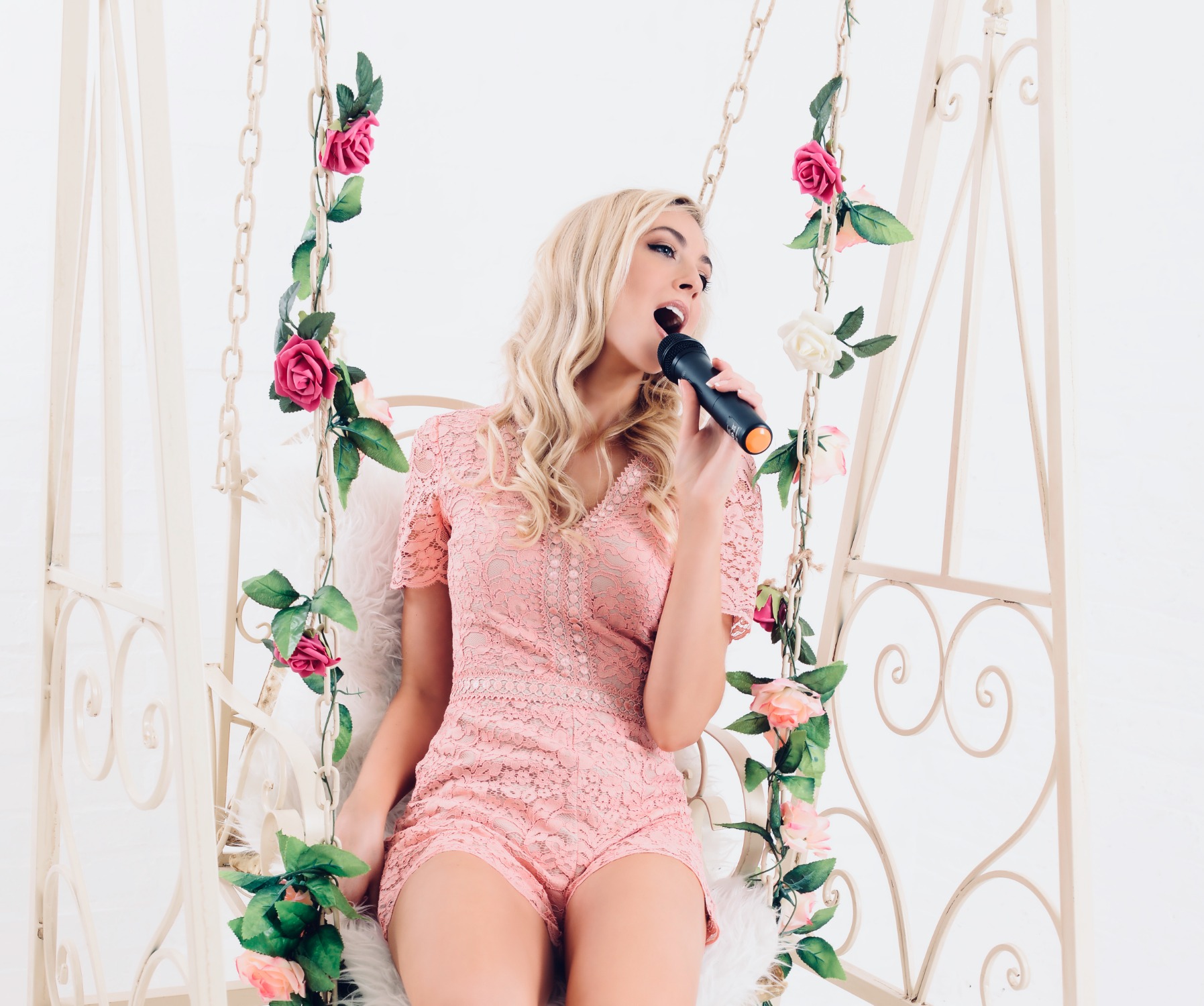 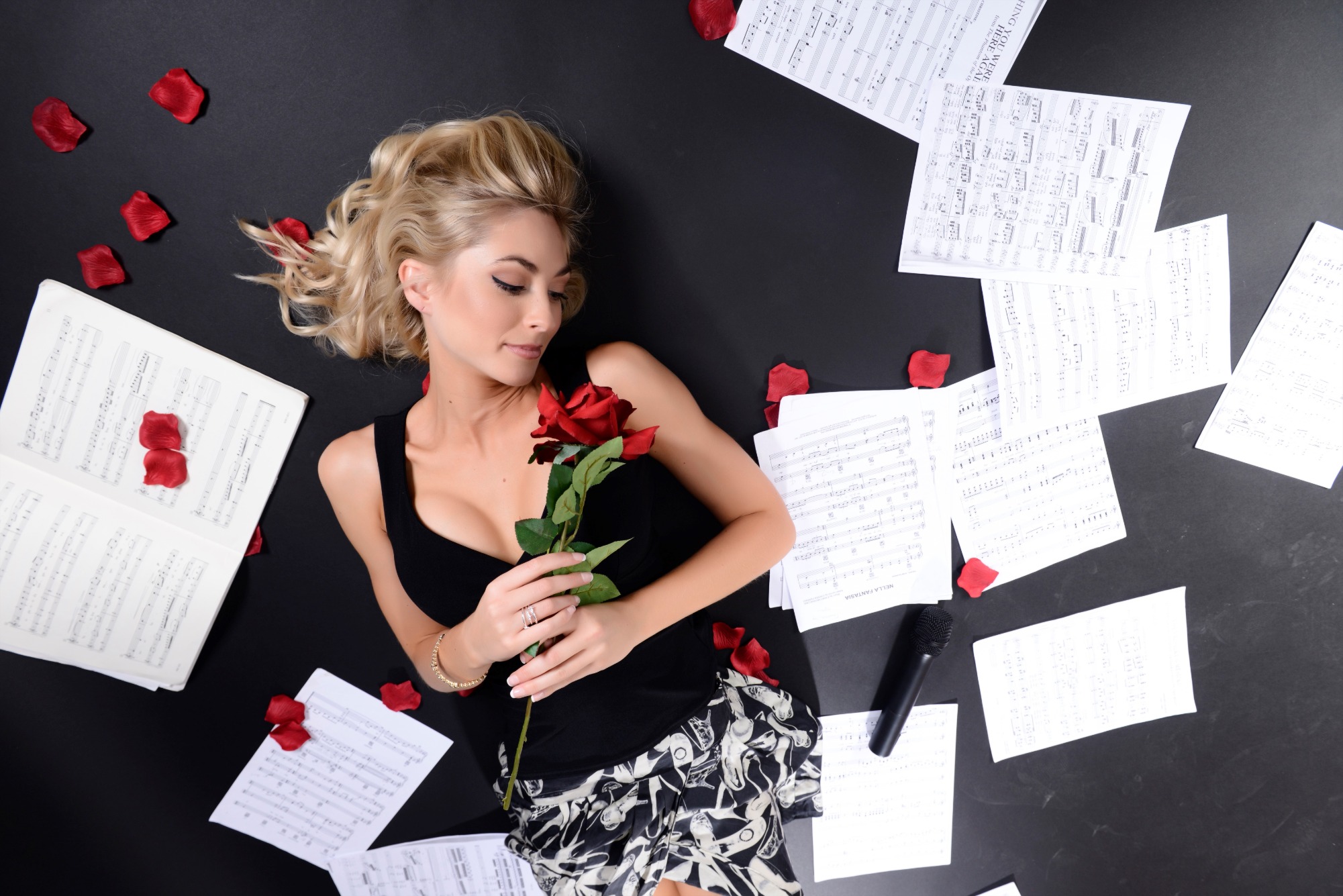 Conveying a song's story and emotion with her beautiful voice, Alexandra is a highly experienced vocalist who has performed with the likes of Katherine Jenkins, Lesley Garrett & Lionel Richie at prestigious venues such as Proms in the Park and Royal Albert Hall. She sings Classical, Opera, Musical Theatre & Pop.

“Alexandra exceeded all our expectations.”

Musical Theatre:
Summertime from Porgy and Bess
Smoke gets in your eyes from Roberta
Green Finch and Linnet Bird from Sweeney Todd
My Funny Valentine from Babes in Arms
One Hand, one heart from West Side Story
I feel pretty from West Side Story
Macavity: The Mystery Cat from CATS
Memory from CATS
Wouldn’t it be loverly from My Fair Lady
I could have danced all night from My Fair Lady
Girl in 14G cover sung by Kristin Chenoweth on Broadway.
On my Own from Les Miserables
I Dreamed a dream Les Miserables
Think of Me from Phantom of the Opera
Bright Eyes from Watership Down by Art Garfunkel
Over the Rainbow from The Wizard of Oz
Long ago and far away from Cover Girl
Where is Love from Oliver
Don’t cry for me Argentina from Evita

Alexandra exceeded all our expectations.

“From the moment of booking the event Alexandra's attention to detail and commitment to ensuring everything went smoothly was exemplary. Her performance on the evening was stunning and she was so helpful. The surprise element and timing for my husband's party was spot on and she made it all so easy. Everyone at the party loved her performance and we hope that we have the opportunity to book her again. A big thank you to Alexandra.”

“Many thanks Alexandra for topping off my Captain's day in such a lovely way. I enjoyed your performance so much as did so many others who spoke or texted me latterly. Sandra in particular enjoyed it as a special part of her birthday celebration. I will certainly bear you in mind for any future events and happily pass on the recommendation. All the very best best for the future and kindest regards. Brendan Osborne, Crondon Park in Stock. 11.06.2018.”

Topped a special day with delightful and engaging performance.

“Topped a special day with a delightful and engaging performance and has a great repertoire great range which we only just touched on in the time - wish we had her for longer. Would thoroughly recommend her. A beautiful talented lady who is very amenable and responsive to the occasion. I hope to see her on bigger stages in the future. ”

“Thanks to this amazing lady for making today so special. Talia Myers, Head of Sales and Operations for Kokomo Jewellery.”

Most Alive Network artists travel UK wide and internationally. Get a guide price instantly by clicking the 'get quote' button and entering your event date and location. Make an enquiry and we will liase directly with Alexandra to confirm price, availability, and the provide you with a confirmed quote.

Highlights
* Exceptional vocalist with years of experience performing on many stages both nationally and internationlly including Proms in the Park.
* Can perform a range of Classical, Opera, Musical Theatre & Pop numbers.
* Performed alongside Katherine Jenkins, Lesley Garrett, Lionel Richie & more!

Alexandra has been described as "An Exceptional Talent" by Sybil Esmore, a leading vocal coach to the stars and friend of the late Luciano Pavarotti. At the age of nineteen Alexandra won first place with 'distinction' at the Redbridge and Stratford Music Festival singing the aria ‘Una donna a quindici anni’ from Mozart’s opera ‘COSI FAN TUTTE.’ Alexandra subsequently performed both nationally and internationally at venues such as St Mark's Square in Venice, Disneyland, Paris and at the Royal Festival Hall in the Southbank Centre, London.

Alexandra has an Master of Arts (MA) in Voice, training in the Bel Canto technique (the most famous of all classical methods.) with Alison Wells (Trinity Laban Conservatoire and the Royal College of Music) and Mary King (English National Opera and Glyndebourne Opera.)  As well as classical and operatic genres, which Alexandra sings in five languages, her versatility allows her to sing musical theatre, jazz, pop, folk and country.

Alexandra has both choral and solo singing experience. Her choral work has been recorded for BBC Radio 2 and has led her to study great classical masterpieces such as Handel’s ‘MESSIAH’, Carl Orff’s ‘CARMINA BURANA’ and Faure’s ‘REQUIEM.’ It has also given her the opportunity to sing with some of the best in the music industry such as Lesley Garrett, Katherine Jenkins, Vittorio Grigolo and Lionel Richie at prestigious venues and events such as Proms in the Park and the Royal Albert Hall. Alexandra is also a member of Opera on the Run, which comprises of some of the most highly accomplished operatic and musical talent in the country. Furthermore, Alexandra sings with London's leading acapella and alternative vocal group, London Contemporary Voices (LCV). LCV have worked with over fifty artists such as Sam Smith, James Bay and Nicole Scherzinger and have performed at world class venues.

Alexandra’s varied solo work includes performances such as the role of Maria from Bernstein’s musical ‘WEST SIDE STORY’, a national tour of Opera Holloway’s production ‘RIDERS TO THE SEA’ and various productions with Kentish Opera including the understudy for Esmeralda in their production of ‘THE BARTERED BRIDE.’ After hearing her sing, Alexandra was invited by Lord Mark Hayball to perform at the INTERNATIONAL DIVERSITY FESTIVAL LONDON held at the Kensington and Chelsea Town Hall. The event was televised for Sky TV and co-hosted by the Royal Photographer and Royal Correspondent, Ian Pelham-Turner and his co-presenter, Diana Jervis.  From this, Alexandra was invited for an interview, which included a performance of ‘I Could Have Danced All Night’ from the musical MY FAIR LADY, for Ian and Diana’s new lifestyle channel on SKY TV. Ian Pelham-Turner recently recommended Alexandra to the entrepreneur and CEO of Kokomo Jewellery, Asaf Oren to sing at the re-launch of his Westfield Stratford City store to increase the Kokomo brand and ultimately drive further sales.

Alexandra also takes great pleasure in singing to raise money for charity. She has given her services to various charities and good causes, such as Cancer Research UK, Dementia UK, Barnados, Oxfam and several wildlife trusts.

Alexandra has recorded some operatic arias, classical, musical theatre, pop and jazz songs with producer Paul Miles (David Flynn: Planet Pop) at Select Recording Studios to whom she was recommended. After hearing her sing, Paul Miles said “a star is born!”

With Alexandra’s professional actor training, through the use of her beautiful voice, she excellently conveys a song’s story and emotions, singing with great feeling and passion.

After booking, speak directly with Alexandra.