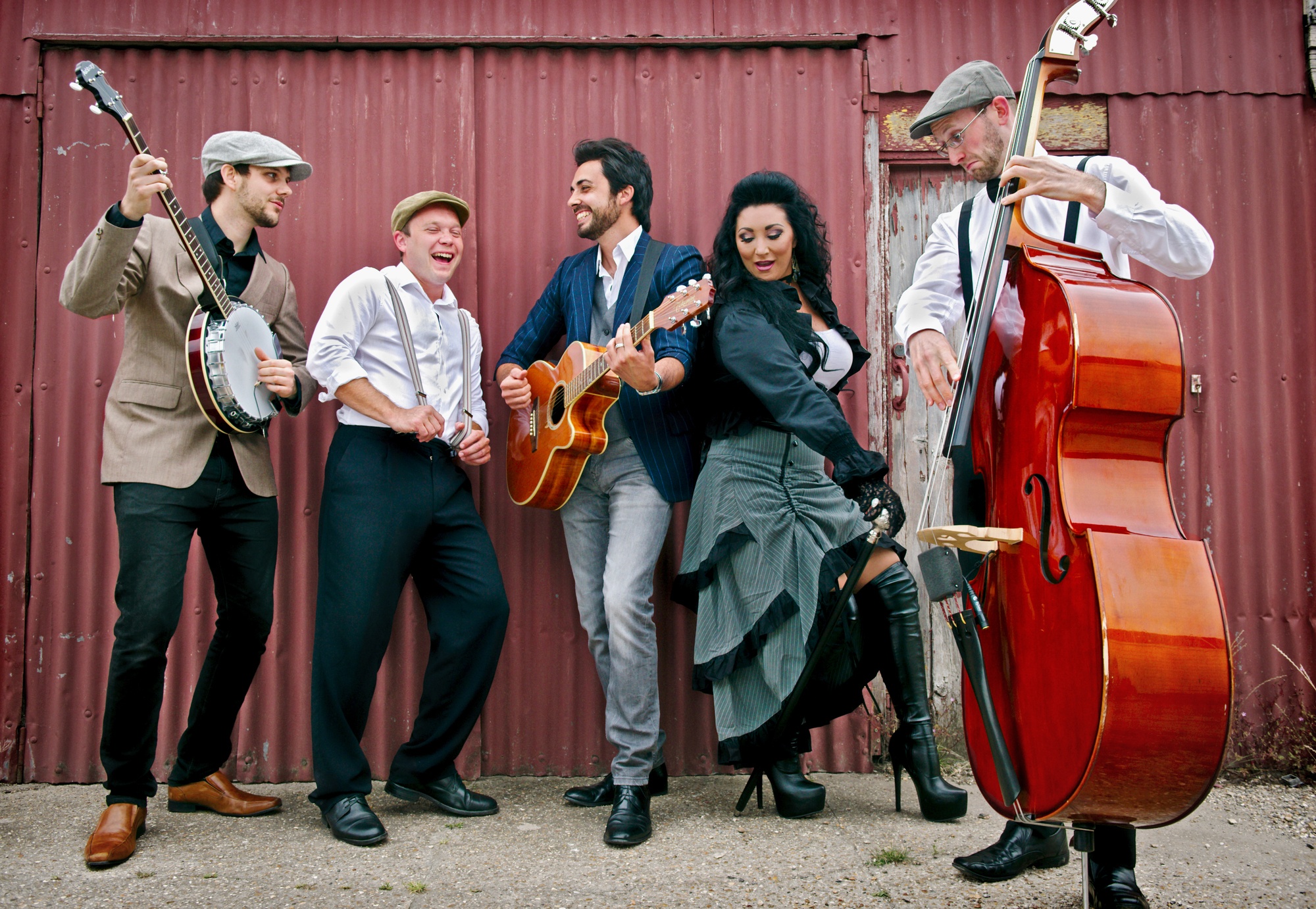 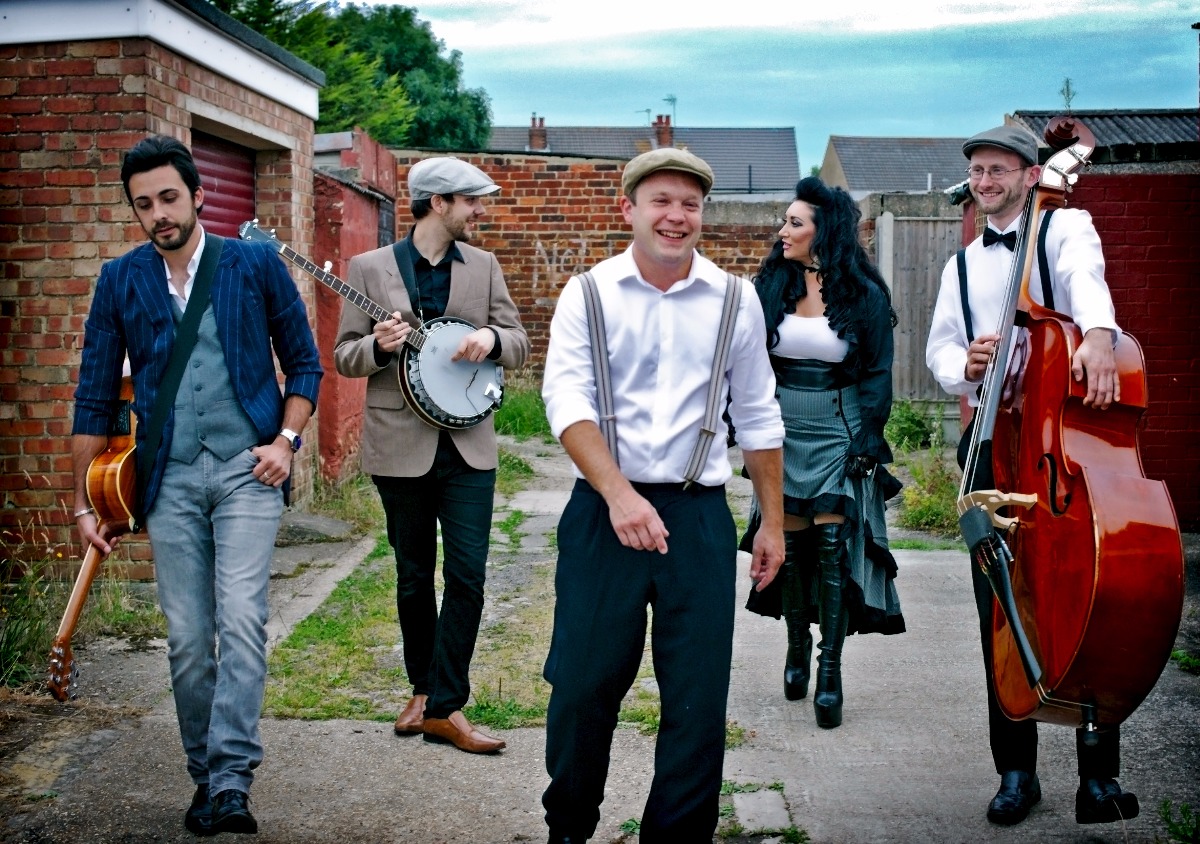 Young Folks are an experienced, well rehearsed & charismatic band that love to interact with their audience! Performing a mixture of acoustic, vintage or electric styles depending on your preference, the band features both male & female lead vocals & covers music from the 50's to present day. Professional, friendly musicians with a hardworking attitude, Young Folks guarantee an amazing live music experience tailored to your needs!

Vintage Acoustic Set (optional 1 x 60 minutes set)
I Will Wait - Mumford and Sons
Moves Like Jagger - Maroon 5
9 to 5 - Dolly Parton
Get Lucky - Daft Punk
Ho Hey - The Lumineers
Wake Me Up - Avicii
Happy - Pharrell Williams
Bad Moon Rising - Creedence Clearwater Revival
Rolling in The Deep - Adele
Girls Just Wanna Have Fun - Cyndi Lauper
Stuck in The Middle With You - Stealers Wheel
Help! - The Beatles
I Wanna Be Like You - The Jungle Book
Jolene – Dolly Parton
End of the Line – Travelling Wilburys
One Last Time – Ariana Grande
Years and Years - King
Rather Be - Clean Bandit
You Belong to Me - Bryan Adams
Blame It on Me - George Ezra
All About That Bass - Meghan Trainor
Little Lion Man - Mumford And Sons
Breakfast at Tiffany's - Deep Blue Something

Most Alive Network artists travel UK wide and internationally. Get a guide price instantly by clicking the 'get quote' button and entering your event date and location. Make an enquiry and we will liase directly with Young Folks to confirm price, availability, and the provide you with a confirmed quote.

With male and female lead vocalists, Young Folks can provide the same service as a larger function band with only 5 people. The band are tight, groovy and well rehearsed and love to interact with the crowd no matter how big or small!

Young Folks features some of the south's busiest gigging musicians. They have recorded with the likes of Bonnie Tyler, Corrine Bailey Ray, Blake, and actors from Glee. They have shared stages with some big names including Roger Daltrey, Status Quo and Toploader as well as guitar legend Paul Gilbert. The musicianship is of the highest quality. When booking Young Folks you can rest assured that it will be the best live music money can buy.

The band is a collective of world class, professional and charismatic musicians from Hampshire and Surrey. They have played some of the south's biggest and most prestigious venues. These include Boisdale, Hampton Court Palace, The BIC, The Ritz, Goodwood racecourse, The Royal Opera House, The Savoy, Portsmouth Guildhall, Southampton Guildhall, The O2 in London, St Mary’s Stadium and Broadlands.

Standard: A keys led rock and pop band playing all your favourite tunes in both a vintage and electric style (available as 2 x 60 minutes)!

Optional: A vintage inspired folk and acoustic band playing modern and classic hits in a vintage style (only available for 1 x 60 minutes)!

Whatever line up you choose, the band's live set is made up of some of the best contemporary classics as well as chart topping sing and dance-a-long tunes from the past 50 years. The band promise you will be able to sing every tune and each song is picked specifically as a dance number. They know what it takes to keep wedding guests entertained. The band aims to keep you and your guests on the dance floor for as long as possible. To achieve this they have created some well thought out and intricate live mixes. These include crosses between Valerie, Town Called Malice and Walking On Sunshine and a mega rock n' roll medley. The band have to be seen to be believed as they seamlessly transfer from one song to the next. They take the pros of a DJ and mix that with the live atmosphere generated by a solid live band.

They are flexible and aim to help you have the perfect evening so if you have any special ideas or themes do not hesitate to enquire as they will endeavour to fit with and accommodate your requirements.