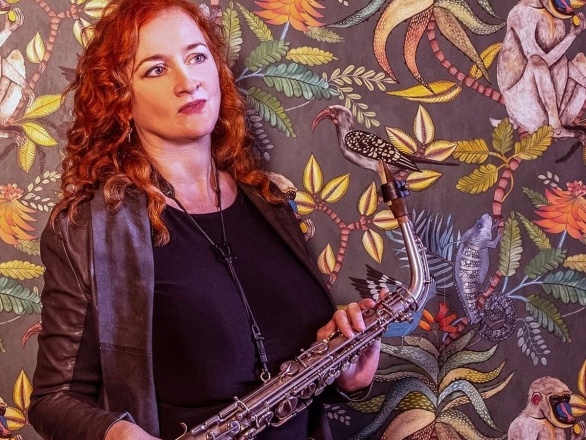 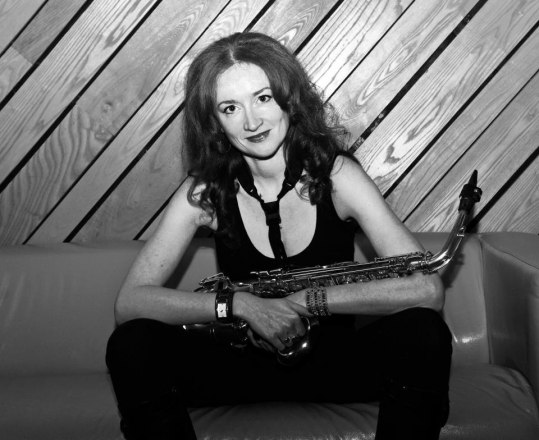 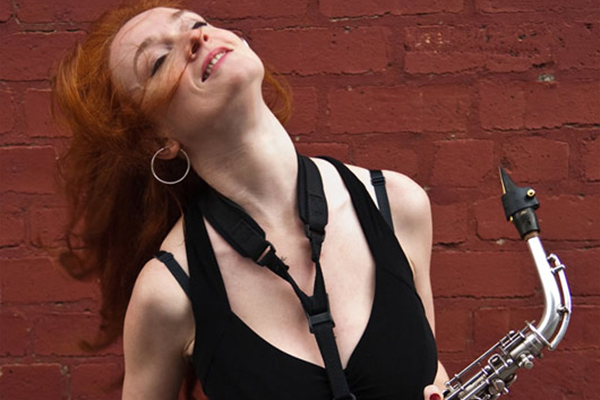 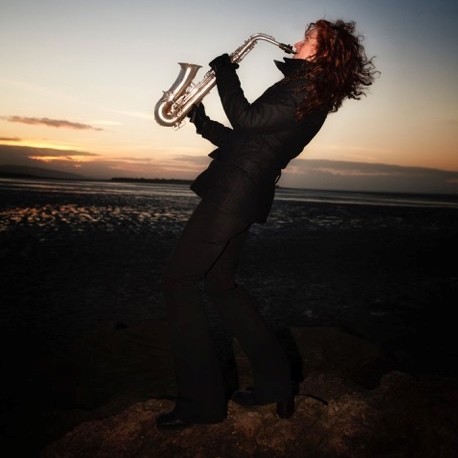 Viva La Sax is a well-known & respected saxophonist/ flautist. She has worked with names such as Edwin Starr & the Bootleg Beatles. Available as a solo or with accompaniment up to a quartet - a wonderful accompaniment to classy events.

Jazz Standards (as solo or with pianist)
Mercy, Mercy , Mercy
Work Song
In a Sentimental Mood
Love for Sale
Do Nothing ‘til You Hear from Me
Watermelon Man
Wave
Perdido
I’ve got you under My Skin
Don’t Get Around Much Anymore
Killer Joe
The Girl from Ipenema
Lover Man
The Way You Look Tonight
Bye Bye Blackbird
Song for my Father
Take the A-Train
Summertime
Fly Me to the Moon
Cantaloupe Island
In a Mellow Tone
My Funny Valentine
Love is Here to Stay
What is this thing Called Love?
Summertime
It had to be you
What a wonderful world
Lullaby of bridled
Sweet Georgia Brown
Blue Room
Tenderly
The Sidewinder
All of Me
St Thomas
Canteloupe
Autumn Leaves
Stormy Weather

Everything went really well, and 'Viva la Sax' fitted the bill perfectly. I had ...

“Everything went really well, and 'Viva la Sax' fitted the bill perfectly. I had a lot of very complimentary comments about her! Many thanks, Neil ”

Hi Becky After a completely manic weekend at our house, I just wanted to say...

“Hi Becky After a completely manic weekend at our house, I just wanted to say thank you so very much for all your help at short notice last week in securing Viva la Sax for Mike’s 50th Party. She was fabulous and just ‘mucked in’ to a rather mad house party which was almost thwarted by torrential rain! Everyone said how great Viva La Sax was and it really helped to relax the mood and get the party going with a swing. The whole experience of Alive Network has been superb from beginning to end and I just wanted to say thank you. ”

At very short notice Alive Network were able to source and very competent and sk...

“At very short notice Alive Network were able to source and very competent and skilled artist who was very flexible in what she could do at our event.”

Dear Gemma, Can you please send my thanks to Viva La Sax for last Saturday. ...

“Dear Gemma, Can you please send my thanks to Viva La Sax for last Saturday. She was brilliant. All the guests really enjoyed listening to her and she was very kind in amending her routine to match the requirements of the day. Many thanks Jackie ”

Just wanted to say Viva La Sax and her guitarist Tony played at out house party ...

“Just wanted to say Viva La Sax and her guitarist Tony played at out house party last night and they were great. Viva La Sax is a lovely person and she and Tony went out of their way to fit in with our arrangements. Great musicians and really friendly people. I only wish we could have enjoyed them in a proper audience setting as they are so good. Colin ”

Price from £410 + travel from Merseyside

Most Alive Network artists travel UK wide and internationally. Get a guide price instantly by clicking the 'get quote' button and entering your event date and location. Make an enquiry and we will liase directly with Viva La Sax to confirm price, availability, and the provide you with a confirmed quote.

Viva La Sax is a well-known and respected saxophonist/ flautist. She has been working in professional bands for the last fourteen years and has appeared alongside acts such as Edwin Starr, The Crusaders, Youson Dour, Pop Levi and the Bootleg Beatles. She has performed in venues as diverse as The Astoria London, The Derry Jazz Festival, the Dent Folk Festival and the Lubeck Summer Pops Germany and has recently returned from America, where she has been working with artists as diverse as Michael Franti and Spearhead Jackie Lomax and Badfinger.

Her work as a session musicians has led to several International releases including a single for British Soul Singer Nate James and the theme music to the Stephen Frears film “Liam”.

Viva La Sax can offer a variety of ensembles to cater for your requirements. As a solo artist she will play with Jazz backing tracks as a duo with pianist as a trio with bass or drums and as a quartet with a drummer. She has also been performing with DJs for the last two years providing alternative background music for large corporate functions.

Viva La Sax is a leading figure in the North West jazz scene and has represented the Liverpool Capital of Culture Campaign at events Nationwide. She currently hosts one of Liverpool’s most successful weekly jazz gigs featuring musicians all over the North West.

Viva La Sax graduated in 2005 from The Liverpool Institute for Performing Arts with a BA Hons in Music where she was awarded “The Beatles Story prize” for her hard work. In 2000 she was awarded The Alan Graham Award in Liverpool for Best New Jazz Artist.

With sixteen years of performance experience, Viva La Sax is flexible helpful and highly professional in her approach no matter what the occasion.

Your Event
To maintain the smooth running of your event Viva La Sax can provide jazz and latin music between sets for no extra charge and can learn requests for a small fee. Please ask your agent for more details.