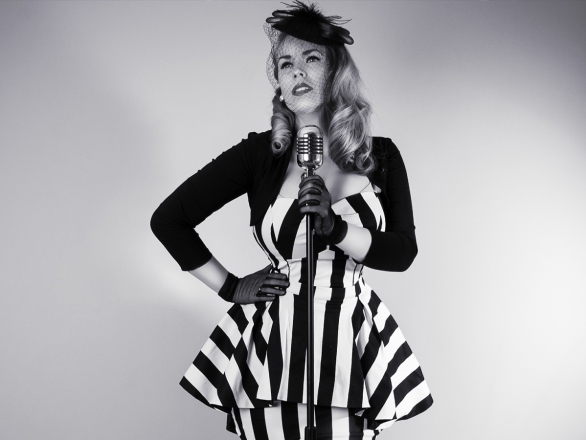 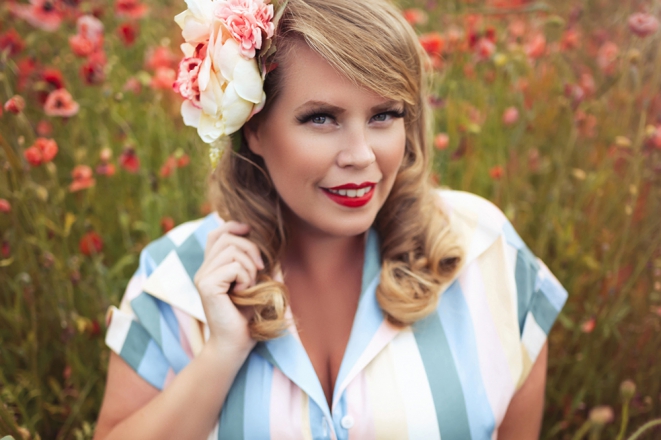 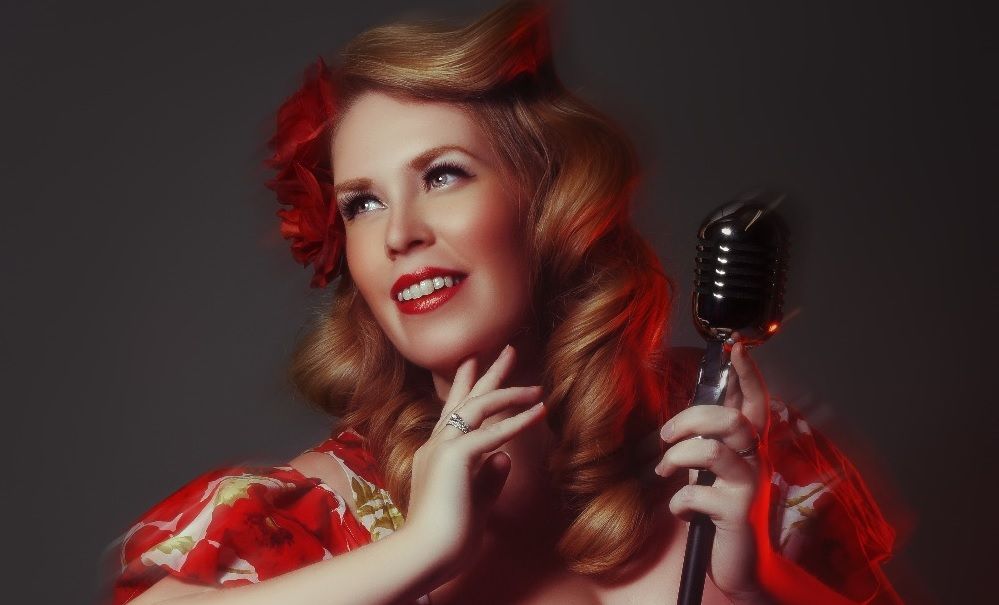 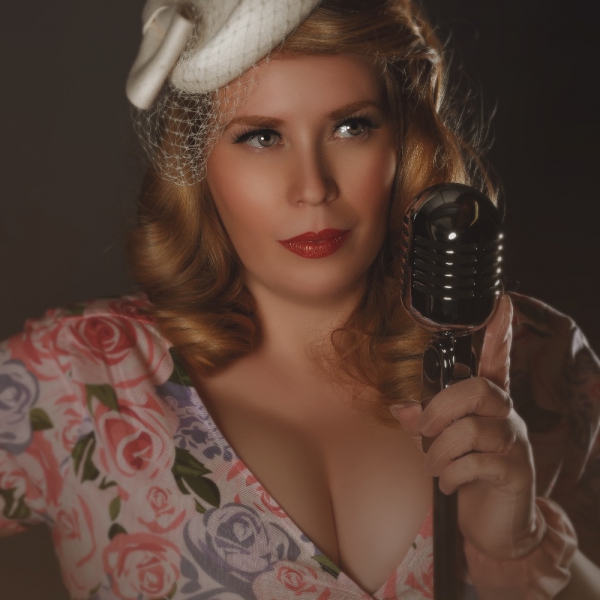 Full of timeless elegance, beautiful vocals and authentic attire; Vintage Lianna is the perfect choice of entertainment for any type of event! Performing 50's and 60's Rock'n'Roll, Jazz & Doo-Wop, Lianna will take you back in time with her classic performances!

“A low turnout did not stop those that came along from hitting the dance floor to the wonderful Vintage Lianna singing songs from the 50's & 60's. Vintage Lianna ignored the backstage settings and treated us to Motown / Elvis / Rock / Beatles and many more classics. A massive thank you to all who supported this event. The generosity of those that did attend raised £220. Which has been shared between All Saints Church & St Francis Hospice. Without exception we all agreed what a stunning voice she has, such a shame that only 30 got to hear her, she certainly deserved a far bigger audience. Thank you to Lianna for travelling from Brighton to entertain us.”

“I know I thanked you on Sunday but I just want you to know that absolutely EVERYONE has contacted me to say what a great time they had and how they loved your songs and getting up and bopping on the grass. Even the friends in their 80’s were singing along and so enjoying it all. There are no words actually to thank you enough and please don’t forget to email me with any venues where you are singing within a 25 mile radius of us and we will do our utmost to come to them. You made the day!!”

“Lianna was absolutely wonderful! She has an amazing voice and also looks the part which added to her excellent performance. She's such a natural, you forget someone is singing live. She kept in contact via email and I was able to hand select songs from her song list to tailor it to the event. The occasion was my parents 50th wedding anniversary party and it made the event so special. I highly recommend Lianna to others.”

“Adapted well to the chaos of our event - gearing her set to fit in with other acts. She was very popular and has an amazing voice - friendly and professional - made our 125th year event even more special”

What a wonderful way to celebrate the queen's jubilee

“Lianna was a highlight to our evening, she was very friendly and engaging and sang us the wonderful songs of the 50s and 60s, she has a smooth voice very easy to listen too and looks the part, what more could you say. We would definitely recommend having her to our friends and family thankyou so much for entertaining us all.”

Price from £417 + travel from West Sussex

Most Alive Network artists travel UK wide and internationally. Get a guide price instantly by clicking the 'get quote' button and entering your event date and location. Make an enquiry and we will liase directly with Vintage Lianna to confirm price, availability, and the provide you with a confirmed quote.

Vintage Lianna’s timeless elegance, beautiful vocals and authentic attire, all make for the perfect entertainment for any vintage event. Be it a fair, wedding or party, Lianna covers an extensive range of hits from the 1950’s and 1960’s covering many genres including Rock'n'Roll, Jazz and Doo-Wop.

Lianna has performed all over the UK and internationally at many vintage events and was most recently asked to make her debut in Las Vegas, which was a huge honour to her. Lianna was also awarded the runner up position for Best Musical Performer at the National Vintage Awards 2014.

With Lianna's look reminiscent of the film stars of the 1950’s and her charismatic yet classic performance of unforgettable songs, you'll really feel as though you’ve stepped back in time to eras gone by.