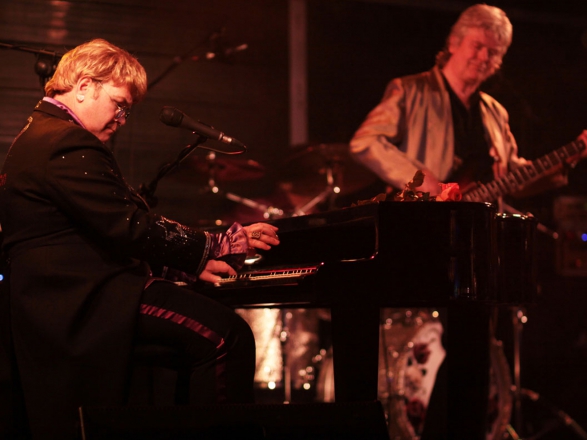 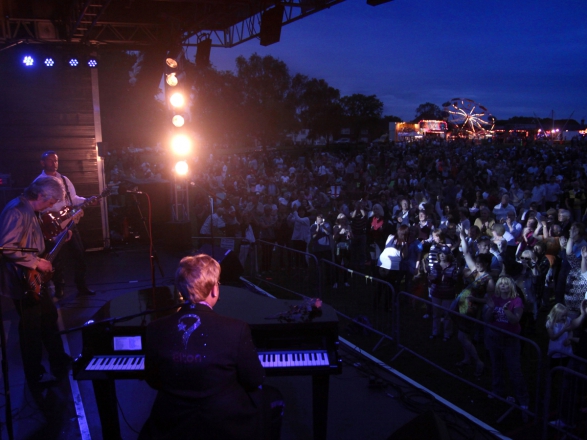 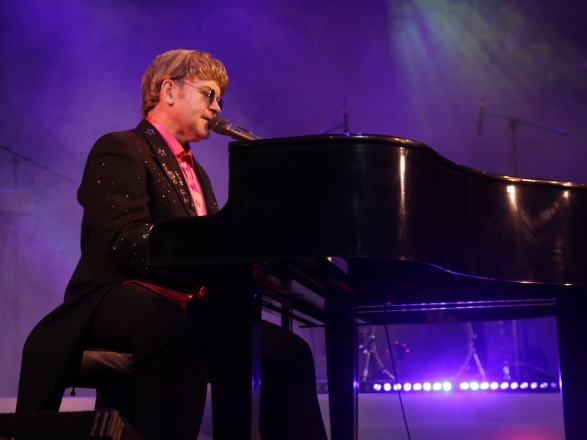 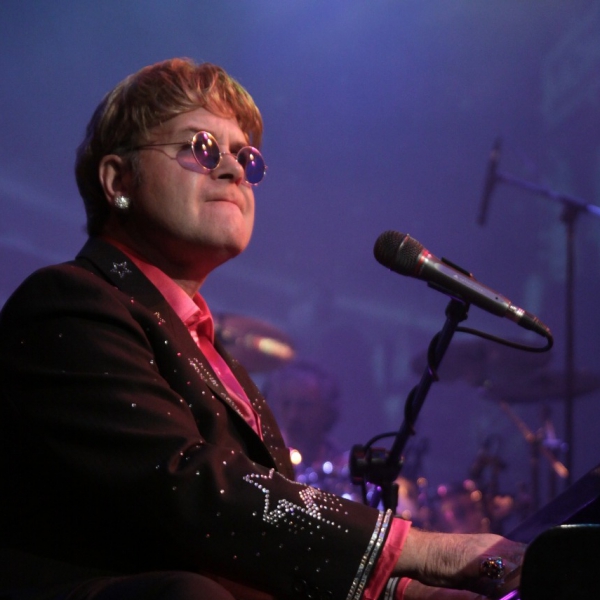 “Totally Elton’s performance was really polished. His authentic appearance and voice had us all spell bound as he entertained us through the evening at our annual Picnic Prom. Steve Dillamore Captain Ham Manor Golf Club”

The best tribute artist we have ever had!

“The man's a legend! Totally professional, superb performance, looks spot on! Paul is as close as you can get to Elton John, and he's a real nice person. He's got Elton's songs off perfect, and our audience loved him. Thank you from all at The Boat Inn, we will certainly book him again.”

“Totally Elton was well received, he suffered a few issues with his equipment in the beginning, however his music was enjoyable to listen to. Slightly unfair situation as the venue was extremely hot due to the weather. But enhanced the evening brilliantly.”

“As one of our guests put it: " .... as a performer Totally Elton is worth his weight in gold!" This is the third time I have booked Totally Elton to perform at an event I have organised - he is just fantastic in every way and a delight to work with!”

“Booked for a village hall fund-raiser and a terrifically successful evening. This man looks sounds and acts just like Elton and played a fine selection of his best songs. Polite and easy going, he arrived exactly on time, set up quickly and efficiently, made no diva like demands and cleared up with equal efficiency. A thoroughly nice man with a superb act. We couldn't afford to book his band but I am sure they would also be worth every penny if your venue and ticket sales potential is sufficiently large to justify the cost. Go for it!”

Price from £642 + travel from Buckinghamshire

Most Alive Network artists travel UK wide and internationally. Get a guide price instantly by clicking the 'get quote' button and entering your event date and location. Make an enquiry and we will liase directly with Totally Elton to confirm price, availability, and the provide you with a confirmed quote.

Highlights
*The closest look and sound to the real Elton that you will find
*Extensive repertoire with songs from every period of Elton's career
*Tremendous value for money
*Features some of Sir Elton's actual clothes!
*Totally Elton is happy to mingle, pose of photos and answer questions about Sir Elton's life and music

Please note: Totally Elton does not accept any work more than 12 months in advance.

A lifelong Elton John fan, Paul from Totally Elton first started singing and performing Elton's songs whilst studying Performing Arts at University in the early 1980's. With an extraordinarily similar singing voice to Elton's, Paul is able to draw on an amazing back catalogue of hits to produce a truly wonderful celebration of Sir Elton's music. Totally Elton's performances also feature some of Sir Elton's actual clothes, brought from his "Out Of Closet" sales!

Elton John's extraordinary repertoire means that Totally Elton can serenade an audience over lunch or dinner with some of the most beautiful ballads ever written, including Your Song, Candle In The Wind, Don't Let The Sun Go Down On Me, Sacrifice and Sorry Seems To Be The Hardest Word. He can also change the pace and get people on the dance floor with classics like Crocodile Rock, I'm Still Standing, The Bitch Is Back and Saturday Night's Alright For Fighting. Totally Elton's challenge is often not what to play, but what to leave out!

With Elton's music appealing to all age groups, including the Lion King for younger audience members, Totally Elton is the ideal choice for any private celebration or corporate function.

As well as performing at numerous music venues, restaurants, hotels and corporate events, Totally Elton has also performed infront of thousands at the turning on of Christmas lights and will this year, be featured on the main stage at Tribfest- Europe's largest tribute festival which attracts over 5000 people!

Sir Elton John now reputedly charges £2 million for a private function. You'll be pleased to hear that Totally Elton is not quite so expensive!

Testimonials
"...So many people have said to me that you would have thought that the real Elton John had come along to the event. You look and sound exactly the same and I would definitely book you again as you are just as entertaining as the real thing, but without the tantrums!

I think that Elton would be very proud to see you doing a tribute to him, as you do it in a very professional and convincing way..."
- Dave Goodchild

"What a fantastic night- one of the best we've ever had. We're now going to have Totally Elton back again three more times in 2011. Simply brilliant- thank you!"
- Bob Massie

"Just wanted to say what a great night we all had at Stoke Park on Thursday night. I thought you were fantastic and loved singing with you. So many people came up to me and said that they loved it. Having sung with the 'Real Elton', I have to say that it doesn't get any closer than your performance! I certainly wouldn't hesitate to recommend you."
- Bobby Davro