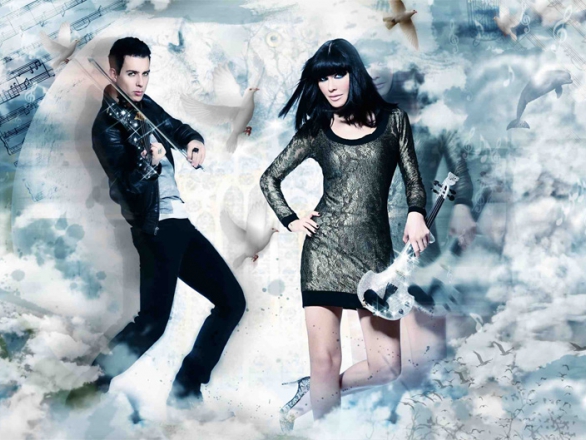 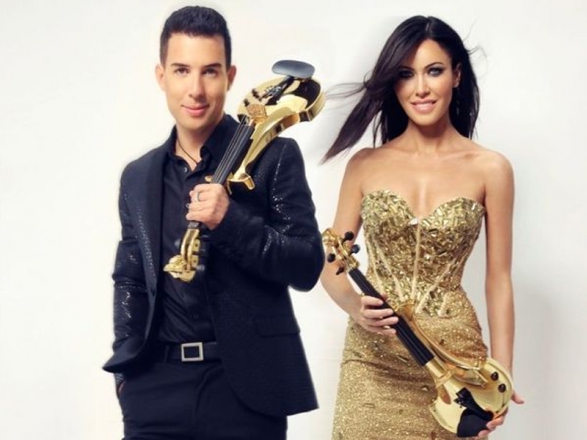 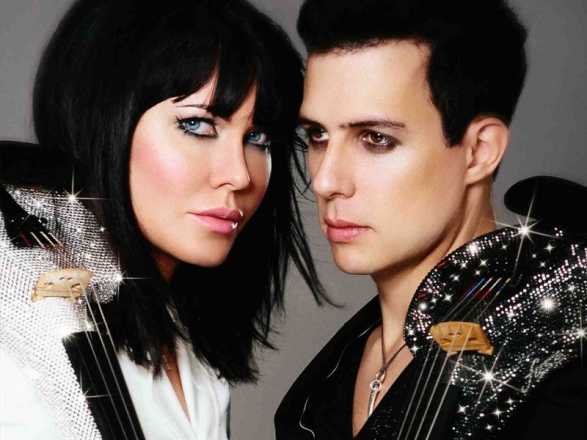 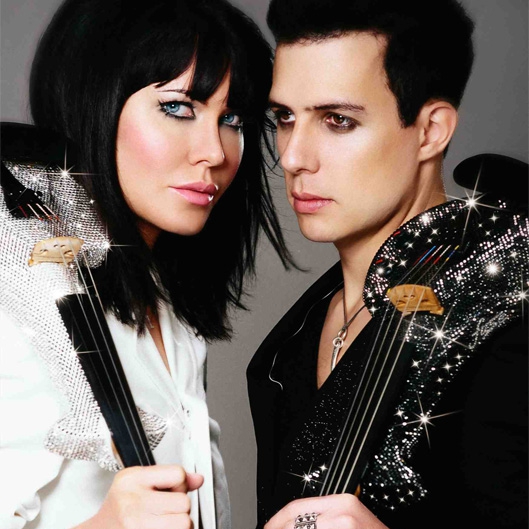 World class, spectacular & high impact! Performing on the most exclusive & expensive electric violins ever made, The Swarovski Violinists provide a visual & musical experience unrivaled in the violin world!

The Swarovski Violinists - Available from AliveNetwork.com

“They really added the wow factor!”

Cross-over Set:
Braveheart
Last Of The Mohicans
Lawrence Of Arabia
Fix You
Fused Adagio
I Vow To Thee

They really added the wow factor!

“They were a show stopping addition to our corporate event. They really added the wow factor!”

Most Alive Network artists travel UK wide and internationally. Get a guide price instantly by clicking the 'get quote' button and entering your event date and location. Make an enquiry and we will liase directly with The Swarovski Violinists to confirm price, availability, and the provide you with a confirmed quote.

Highlights
* World class virtuoso violinists!
* Performing on the most exclusive and expensive electric violins ever made!
* High impact live performances featuring uplifting music!
* Career highlights include performing for Prince William and Her Majesty The Queen, being the 5-time Guinness World Record as the Fastest Violin Player in the world, receiving over 10 million views on Youtube, being sponsored by Swarovski Crystal and more!

To raise the bar even further The Swarovski Violinists collaborated with British jewellery designer Theo Fennell and bespoke violin manufacturer Bridge, to create the world’s first ever 24-carat gold-plated violins, adorned with ruby, sapphire and diamond encrusted skulls. It took over nine months to create the world's most expensive electric violins. A bespoke blend of carbon and kevlar was used, making them light enough to off-set the weight of the gold plating. Both instruments are worth over $2M each.

In 2013 Ben Lee became the 5-time Guinness World Record as the Fastest Violin Player in the world. Ben performed “Flight of the Bumblebee” by Nikolai Rimsky-Korsakov at over 17 notes per second making him the first player in history to break the magic-minute mark – Ben can proclaim to now have the fastest fingers in the world!

The Swarovski Violinists' eponymous debut album was released through Edel/Universal Records. The results are innovative but loving reinterpretations of hit anthems for the violin.

As Linzi says, “It’s completely fresh, no one thought that what we do was even possible. Everything you hear is violins! The style that we use when we play is more akin to that of a guitar player, with more soul and electricity – literally! We chose work from artists that are huge stadium acts, and that’s where we want to be.

We specialise in blowing away people’s preconceptions.” The Swarovski Violinists are already finding friends with music royalty who appreciate what they do. After raving, “I love what you’ve done, how did you get that sound?”, Francis Rossi appears on the album version of Quo’s ‘Down Down’, Nick Mason of Pink Floyd offered his services as a drummer and Roger Daltrey asked Linzi and Ben to support him!

Linzi and Ben’s background is music all the way – though Linzi is also signed to international modelling agency Nevs Models and she and Ben have both just become proud Prince’s Trust Ambassadors.

What The Swarovski Violinists do can have a truly global appeal; highlights include:

Please note: The Swarovski Violinists require PA and Lighting to be provided by the client. A technical specification will be provided upon request. Please speak to an Alive Network booking agent for more details.

© 2014 Will Stoppard Management Ltd, All images are strictly for promotional purposes on Alive Networks website only, not for resale, public performance or sharing with other third parties, all rights are reserved by the copyright owner.

After booking, speak directly with The Swarovski Violinists.