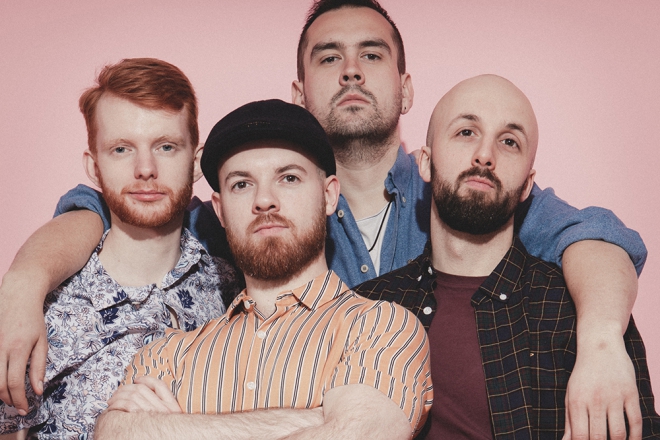 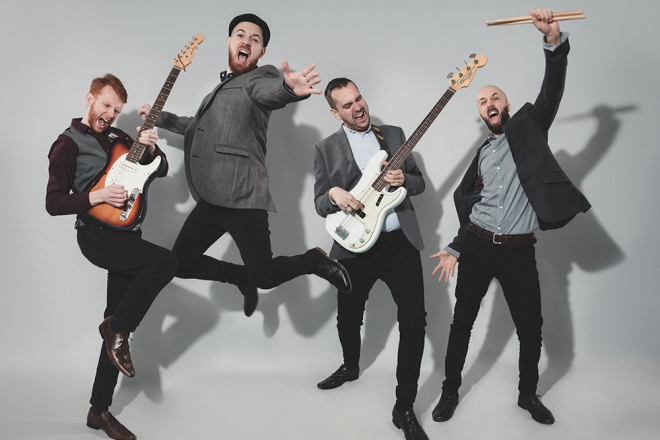 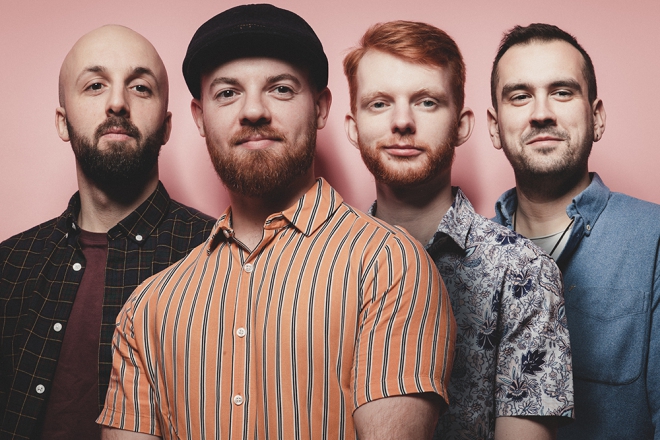 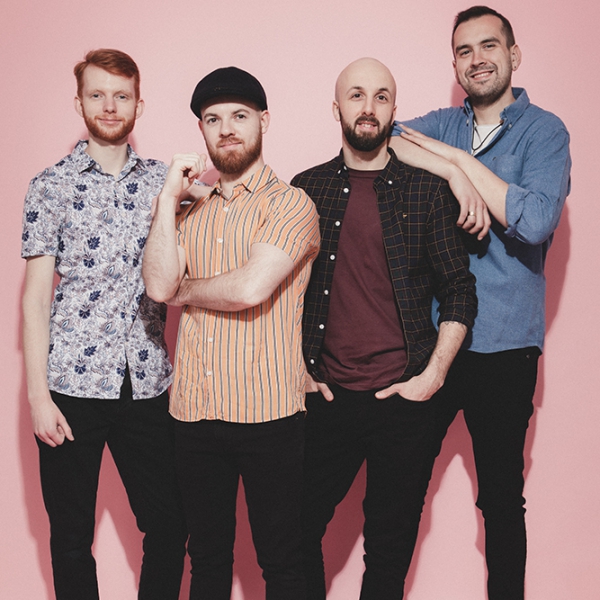 The Sonics are the hottest party band in town! Young, cool & current they are guaranteed to kick off your party with a sonic boom! Armed with a killer repertoire, you’ll be dancing all night to songs from Ed Sheeran, Prince, The Beatles, Stevie Wonder, Coldplay, Maroon 5, Bruno Mars, Fleetwood Mac & so much more!

“We've never seen such a full dancefloor at a wedding!”

90’s & 00’s
Wonderwall - Oasis
Rule the World - Take That
Dancing in the Moonlight – Toploader
Livin' La Vida Loca - Ricky Martin
Mr Brightside - The Killers
Basketcase - Green Day
I Bet That You Look Good on the Dancefloor - Arctic Monkeys
Naive - The Kooks
Place Your Hands - Reef
Everlong - The Foo Fighters
I Believe in a Thing Called Love - The Darkness
Don't Look Back in Anger – Oasis
Bohemian Like You - The Dandy Warhols
Teenage Dirtbag – Wheatus
I Will Wait - Mumford and Sons
Use Somebody - Kings Of Leon
Sex On Fire - Kings Of Leon
No Tomorrow - Orson
Lets Get It Started - Black Eyed Peas
Dakota - Stereophonics
Take Me Out- Franz Ferdinand
Song 2- Blur
In The Morning- Razorlight
Last Nite - The Strokes
American Idiot - Green Day
Sweet Disposition – Temper Trap
Dreaming of You - The Coral
Ruby- Kaiser Chiefs
I Predict A Riot - Kaiser Chiefs
Somebody Told Me - The Killers
Give It Away – Red Hot Chilli Peppers
Live Forever- Oasis
Hey Ya! - Outkast
Save Tonight – Eagle Eye Cherry
Friday I’m in Love – The Cure
Harder to Breathe - Maroon 5
She Will Be Loved – Maroon 5
Yellow - Coldplay
Obviously – Mcfly

We've never seen such a full dancefloor at a wedding!

“All of our guests (and the venue staff) thought The Sonics' performance at our wedding was absolutely fantastic. They did a great job of engaging with the crowd and every song on their set list has clearly been honed to perfection. We'd also like to thank the band for arriving and setting up exactly when required, despite the journey down country lanes in the fog. We're so pleased that we booked The Sonics!”

We booked the sonics for our evening reception and we were both blown away with ...

“We booked the sonics for our evening reception and we were both blown away with them. The music was amazing and We haven’t heard anything negative from any of our guests. We wouldn’t hesitate in recommending them to anyone ”

Wow! They were absolutly incredbile.

“Everyone was dancing all night, the guys were absolutely brilliant at gauging the room and playing the exact songs to keep everyone on the dance floor all night. We can't thank the guys enough for such a great time. We had so many people saying how great The Sonics were. We thought The Sonics videos and songs online were great, hence why we went for them but they blew all our expectations on the night. They absolutely nailed our first dance song as well. Thanks very much guys, you really made the night a great party for us and all our guests.”

“Great band. Great sound. Created a really good atmosphere. Cracking to dance to. Amazing singer and musicians. Really friendly. Learnt some songs on the spot. Bit of backstreet boys. They also kindly let me use their pa system and mic to sing a few songs. Really appreciated that. Thank you The Sonics!”

Absolutely smashed it, even better than the promos!

“The Sonics played at our wedding and were fantastic! The set-up was smooth, they were well prepared and professional throughout. The sound was fantastic and they responded well to any requests from the wedding party. We can't thank them enough for making our wedding even more special. Everyone loved them and we were all dancing to the end. If they are free on the day you are looking at book them, you will not be disappointed.”

Most Alive Network artists travel UK wide and internationally. Get a guide price instantly by clicking the 'get quote' button and entering your event date and location. Make an enquiry and we will liase directly with The Sonics to confirm price, availability, and the provide you with a confirmed quote.

Includes manned laptop, playlist with vast amount of party hits from all era's

with Lead Vocals and Guitar, 1 x 45 minutes including an early arrival (anytime from 3pm) £50 per hour for arrivals earlier than 3pm.

with Lead Vocals, Guitar, Bass and Percussion, 1 x 60 minutes including an early arrival (anytime from 3pm) £100 per hour for arrivals earlier than 3pm.

Special Offer!
* Book The Sonics within 7 days of receiving your initial quote and receive the band’s DJ Service free of charge!
The Sonics are a 4-piece rock and pop band guaranteed to start your party! With dance-floor filling music from Arctic Monkeys, Jason Derulo, The Beatles, Journey, The Killers, Bruno Mars and loads more, The Sonics are experts at entertaining!
Tom
Tom brings a party to a party. With a huge vocal range and melismas that could make Mariah Carey jealous, Tom has talent beyond description. If you want someone to engage your friends and family, bring a room together and enjoy songs sang better than the originals... look no further.

After graduating BIMM (British & Irish Modern Music Institute) Tom has made a big name for himself within his local scene. He's been a regular performer at the highly acclaimed Casablanca's Jazz club in the music hub of Brighton. Tom has been involved with projects including members of The Vamps and has even worked alongside James McVey!

Among many career developments during his time as a singer, Tom found himself winning a County wide talent competition (Kent, 2010) called Gimme A Break. Resulting in appearances on a local radio station (KMFM) whereby he performed live to thousands of listeners. Now focusing his attention solely on The Sonics, he pours 100% his soul into every performance we do together.

Josh
Another graduate of BIMM in Brighton, Josh is an experienced professional with hundreds of weddings already under his belt. He knows exactly what it takes to make your party a hit.

Josh is the Musical Director of the band. His tasteful and concise musicality and deep understanding of music theory is a gift which he has crafted into excellence during his time leading and developing functions bands. You are in safe hands with this walking jukebox of a man. He puts on a mean light show, too!

Connor
Connor is a true performer at heart. His face melting solos and huge energy on stage truly brings an audience to his complete surrender. Prepare to be entertained!

After graduating from the prestigious BIMM (British & Irish Modern Music Institute) at just 21, Connor has spared no effort to kick start his career.

With a CV to contend with seasoned pros, Connor has toured the length & breadth of the UK and has played some of the UK's major festivals, including BloodStock Open Air, and Mammothfest.

Connor has shared the stage with such bands as Bombay Bicycle Club, Alt J, Twisted Sister, Slayer, Behemoth, Gojira, Mastadon, Famous Guitar YouTuber Rob Chapman, and his band Dorje and many many more.

Not only has Connor maintained a healthy teaching career and established himself within the world of musical theatre nationwide by performing in the pits regularly, he has also managed to play function gigs at some highly reputable venues and events including: The Embessay of Netherlands, the Prestigious Berkley Hotel in London, Gfinity Elite Series Street Fighter Esports Tournament 2018 and many more.

Steve
Steve keeps the cogs turning, both on stage and behind the scenes. Maintaining a busy calendar, gigging regularly since the tender age of 13, Steve is a music veteran. Having toured the UK with original bands into his early 20's and creating an impressive fan base, he's managed to share the stage with some talented acts such as Athlete and Capdown.

With Steve's attention now solely focused on The Sonics, your party plans are in capable hands. Steve has over 10 years experience in front of house management, so if you have any doubts about organising logistics, lay them to rest.

Previous Clients
The Sonics are one of the most in demand party bands around today. Previous clients include Paperchase, HM Revenue & Customs, ITV, OK! Magazine, Metro and many more.
Your Event
The Sonics exciting live sets are performed as 2 x 60 minutes.
The band are happy to tailor their image to suit your event. Whether you require formal, suited and booted or a more casual look, let your booking agent know and The Sonics will happily meet your requirements.

After booking, speak directly with The Sonics.