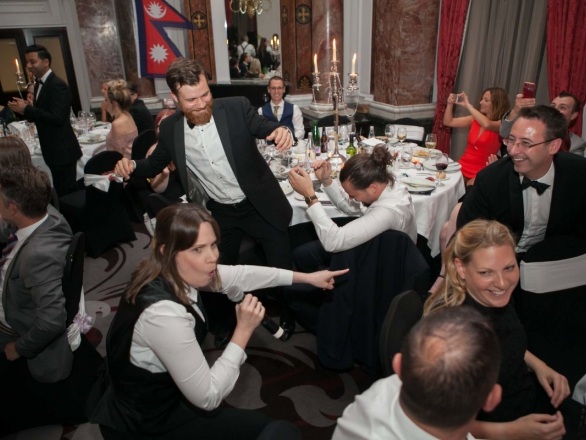 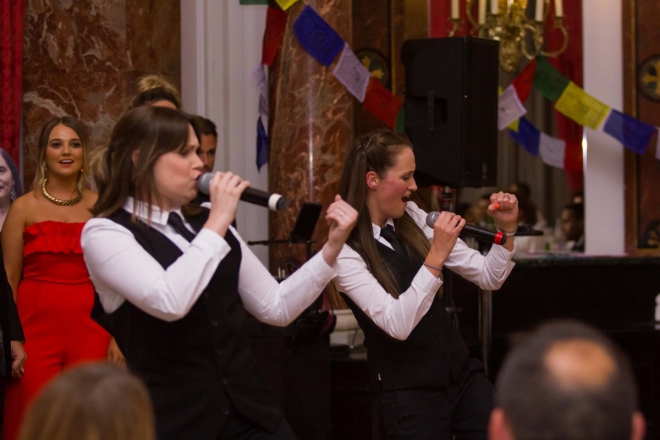 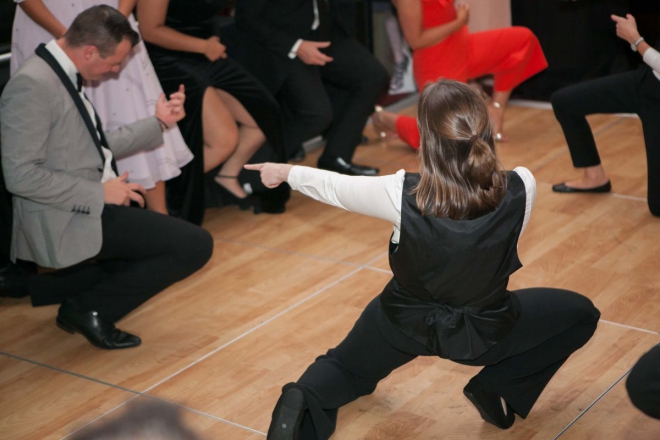 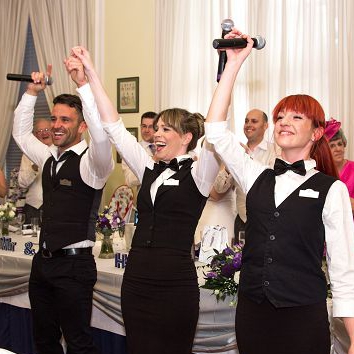 The Singing Waitresses and Waiters

Wow your guests as these amazing waiters and waitresses burst into song. Song options include disco, pop, soul, opera and rock n roll plus the choice of male and female performers. Interactive and fun! Even the Prime Minister was speechless.

ABBA
Supertrouper
Fernando
The Winner Takes It All
Knowing Me Knowing You
Dancing Queen
Voulez Vous
Waterloo
SOS
Money Money Money
Lay All Your Love
I Do, I Do, I Do

“They brought everybody together starting the celebrations with their fabulous mesmerising and engaging performance. All guests still talking about them and their great talent and excellent act. Wished they could have stayed all night.”

The Singing Waiters and Waitresses were AMAZING!

“We absolutely loved the singing waiters and waitresses! They were just unbelievable, not just singing but a real performance, Rocco was absolutely hilarious and at first people thought he was a comedian because he was so funny. We had the best time with them and made our day so memorable and we’ve had so many people tell us it’s the best wedding they’ve ever been to! Honestly couldn’t recommend them more!”

You’re still being talked about!

“Just wanted to say a huge thank you for your help and the hugely talented singers. You’re still being talked about! They just added the finishing touches to what was a perfect day. Thanks again, brilliant ”

They were brilliant. Everyone was impressed

“Honestly, he had everyone fooled when he started talking. I had booked them and I knew he was a singer but even I was blown away once he started to sing Nessun Dorma. I completely believed he was Italian as did everyone else so we all fell about laughing when he later admitted he was Jason from Bournemouth. Claire was sensational too. They absolutely made our night. By the time they finished their half hour set, everyone was in the party mood and up and dancing. I would book them again for any event I plan. Everyone kept coming up to me asking me where I got them from as they were so good. Totally brilliant. I was enjoying it so much I forgot to take any photo's”

They were everything I had hoped for and much much more!

“We booked the Singing Waitresses for my 60th Birthday Party at home. Laura and Jo worked as part of the catering team, serving drinks and canapés and the guests were completely taken in when Laura said this was her last night and that she was going to sing a song. They were amazing and got everyone singing along. They really made the party special and one to remember. I would definitely recommend them. Brilliant. I would also commend Gemma at Alive for all of her help and support in organising the booking and helping me with the set list.”

Most Alive Network artists travel UK wide and internationally. Get a guide price instantly by clicking the 'get quote' button and entering your event date and location. Make an enquiry and we will liase directly with The Singing Waitresses and Waiters to confirm price, availability, and the provide you with a confirmed quote.

Professional sound system (PA) suitable for up to 200 people maximum in a small/medium sized room. Larger systems are available on request and for an additional fee.

Highlights
* Give your event the WOW factor with this surprise act!
* The girls (or boys) will serve during your meal making themselves known to your guests before bursting into song!
* Repertoire includes show tunes + popular dance floor classics!
* Previous clients include Claridges, The Dorchester, The Ritz, Hilton Hotels & more!

Surprise your guests with a staged appearance by the Singing Waitresses and Waiters and it will be a night you won't forget! Their secret performers will serve your guests during your meal or drinks reception making themselves known to everyone before bursting into song to kick start your evening entertainment. Watch the faces of your guests as your event is transformed into a party atmosphere in a matter of minutes. Not only will they wow everyone but with their interactive style they'll get everyone on their feet! A firm favourite is to start with some show stopping numbers before moving on to a few dance floor classics to get the party started. Their vast repertoire ranges from pop to opera to soul, disco, musical theatre, jazz and rock n roll. Create a talking point for weeks to come and book the Singing Waitresses & Waiters now!

About The Singing Waitresses & Waiters
This singing serving team have been performing together for over a decade. Over the recent years this highly trained, professional team have worked with some of the UK's top function bands, performed in numerous West End Musicals including Mamma Mia, Cats, Les Miserables, Fame, Grease and Blood Brothers. They have also appeared in TV shows, films, commercials and their voices can often be heard on TV and radio adverts as well as performing backing vocals for well know recording artists and bands.

As well as providing live entertainment for well-known personalities including none other than the British Prime Minister, they have performed at private parties, weddings, Jewish functions, corporate events including award ceremonies and product launches, golf clubs, casinos, clubs & restaurants…the list is endless.

Please note: The Singing Waitresses & Waiters are a collective of high quality, professional musicians. Performers used are dependent on chosen repertoire and music genre. Therefore some performers may not be those featured in promotional material. Please speak to an Alive Network booking agent for more details.

See more artists like The Singing Waitresses and Waiters

After booking, speak directly with The Singing Waitresses and Waiters.