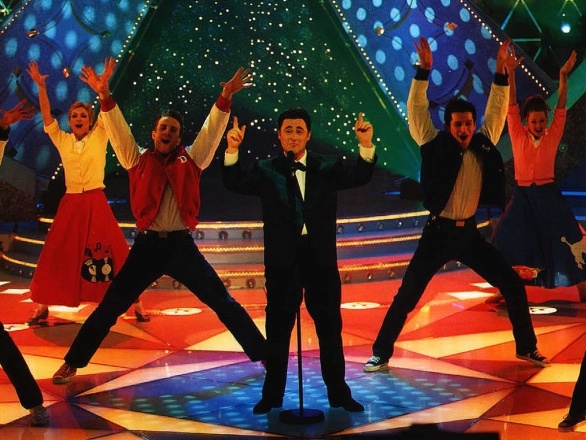 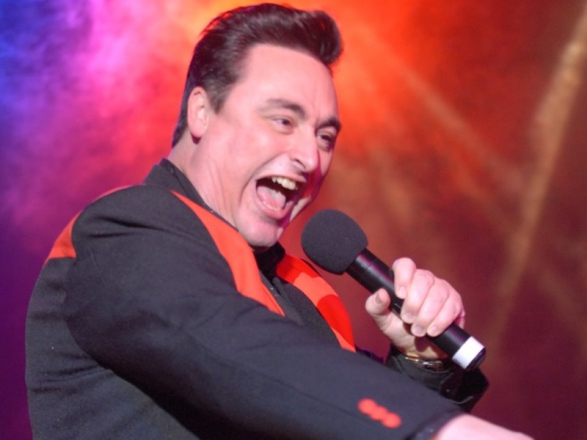 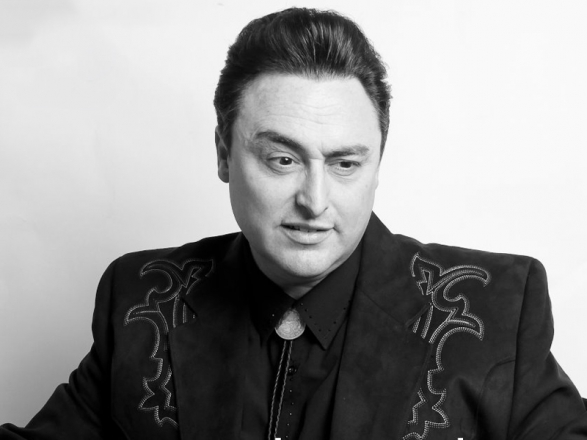 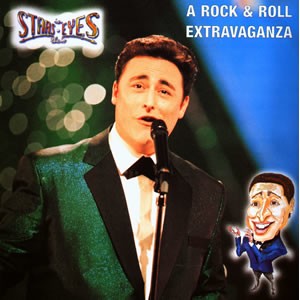 The Rock and Roll Jukebox

Charming audiences with his show throughout the UK & Europe, the Rock and Roll Jukebox performs a dedication to the great artists from the late 50's & 60's. As seen on Stars In Their Eyes

“We can not thank him enough”

Rock & Roll Repertoire...
(This List Is Very Long So This Is Just A Sampling)

Runaround Sue
The Wanderer
La Bamba
At The Hop
Let's Twist Again
Twistin' The Night Away
Let's Dance
Sherry
Big Girls Don't Cry
Walk Like A Man
Stay
Let's Hang On
Bye Bye Baby
Dawn
I Wonder Why
Remember Then
Splish Spash
Duke Of Earl
Come Back My Love
Rock Around The Clock
Shake Rattle And Roll
C'mon Everybody
Twist & Shout
Great Balls Of Fire
Oh Boy
The Twist
Do You Love Me
Johnny Be Goode
Rock & Roll Is Here To Stay
Runaway
Hat's Off To Larry
Little Town Flirt
Searchin'
The Lion Sleeps Tonight
Teenager In Love
Halfway To Paradise
In The Still Of The Night
Unchained Melody
Tonight I Fell In Love
Handyman
Good Timin'
Goodnight Sweetheart Goodnight
Little Bitty Pretty One
Rockin' Robin
Morse Code Of Love
Sea Of Love
Swiss Maid
Saturday Night At The Movies
Under The Boardwalk
My Girl
Cara Mia
Crying
Some Kind Of Wonderful
This Magic Moment
Rama Lama Ding Dong
I Ran All The Way Home
Plus Many Many More...

The Swing Thing...
Mack The Knife
Beyond The Sea
Things
Don't Rain On My Parade
Witchcraft
I've Got You Under My Skin
Fly Me To The Moon
That's Life
Summer Wind
The Lady Is A Tramp
Volare
Memories Are Made Of This
That's Amore
Ain't That A Kick In The Head
My Kind Of Girl
Buena Sera
Just A Gigalo
Oh Marie
Blue Moon
Steppin' Out With My Baby
The Shadow Of Your Smile
Fever
You Don't Know The One
Foggy Day (In London Town)
You'll Never Know
Crazy Little Thing Called Love
Heartache Tonight
It Had To Be You
Staighten Up And Fly Right
I Love You For Sentimental Reasons

We can not thank him enough

“Could not be happier with the Rock and Roll Jukebox. He made our wedding night complete and we can not thank him enough.”

A great set by Vince who added a few songs to his set list just for us. Managed ...

“A great set by Vince who added a few songs to his set list just for us. Managed the atmosphere perfectly and got everyone on their feet in the end. Many friends on the night actually enquired as to where we had found him.”

Price from £577 + travel from Greater Manchester

Most Alive Network artists travel UK wide and internationally. Get a guide price instantly by clicking the 'get quote' button and entering your event date and location. Make an enquiry and we will liase directly with The Rock and Roll Jukebox to confirm price, availability, and the provide you with a confirmed quote.

Highlights
* An entertaining show dedicated to the great artists of the 50's & 60s.
* As seen on hit British TV show "Stars In Their Eyes"
* Previous performances include the London Palladium and the Royal Northern College of Music
* Available UK wide and internationally

Biography
The singer and creator of The Rock and Roll Jukebox show was born in Manchester in 1964. His musical influences from young were the Beach Boys and the sounds of Franki Valli and all the other great rock & roll artists.

With this strong vocal impression he loved to sing along and match these stars like for like.

The talented vocalist’s family history is in the entertainment background: his grandmother was a dancer in the early 1900‘s and actually danced with the world famous Charlie Chaplin; his uncle is an impressionist and cousins are dancers too. So the seed was sewn for The Rock and Roll Jukebox to fall into some part of the entertainment business.

He became a disc-jockey before he left school back in 1980 at a local youth club in Manchester he then proceeded to perform at the top clubs in the city.

"The Jukebox's" singing ability came to the surface when the karaoke craze hit the U.K. He found his way onto the hit British TV show "Stars in their Eyes" and won his heat performing as Dion singing the song "Runaround Sue" -viewed by 15 million people across the UK. He then went on to perform in the grand final which was live to an audience of 18 million on December 2nd 2000.

Previous Clients
The Rock and Roll Jukebox show has been performed at the London Palladium the Royal Northern College Of Music and even in Las Vegas as well as many of the large venues the length and breadth of the UK & Europe for private and corporate clients.

The show has also been taken international to the likes of Cyprus Spain and Mexico.

The Show
The Rock and Roll Jukebox show is performed in dedication to all the great artists from the late 50's & early 60's with recognisable tunes from the films "Dirty Dancing"; "Grease"; "American Graffiti" to name but a few. Also more and more performing the tunes from the hit shows... "JERSEY BOYS" And "DREAMBOATS AND PETTICOATS".

The Rock and Roll Jukebox is available for corporate and private events and is now taking bookings and enquires.

Don’t hesitate in contacting us if you need excellent quality entertainment for your party!

See more artists like The Rock and Roll Jukebox

After booking, speak directly with The Rock and Roll Jukebox.