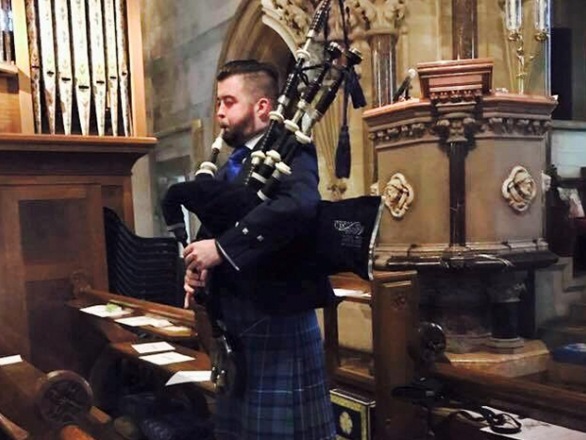 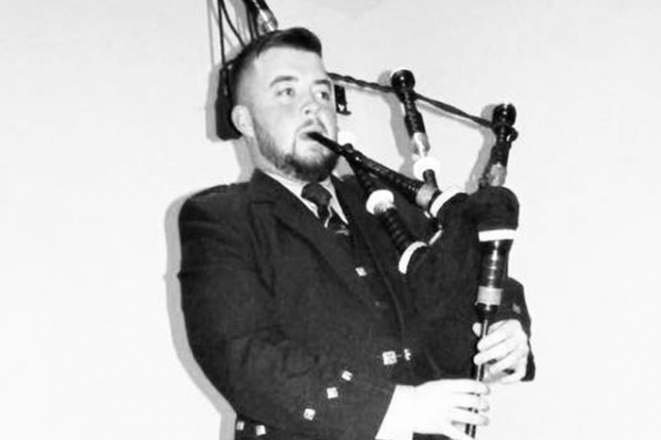 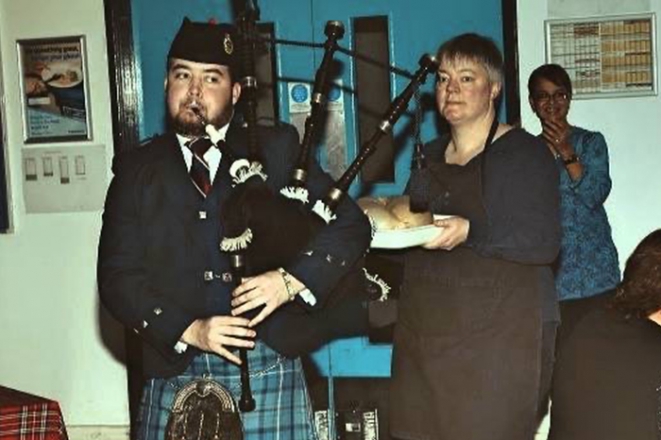 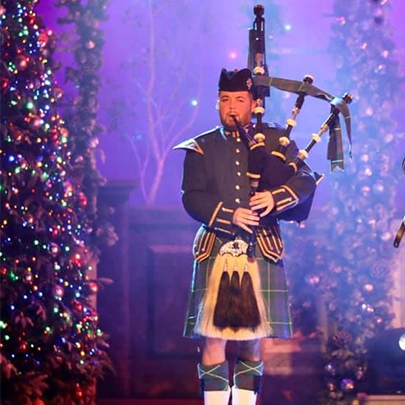 Sure to add something special to your occasion, British Champion 'The London Piper' has a wealth of experience. Career highlights include performing at HRH The Queen's 90th Birthday & recently filming for the upcoming film "The Kingsman 3". Often in demand, The London Piper has also appeared on BBC, ITV, at Windsor Castle, Edinburgh Castle & more!

Scotland The Brave
Flowers of The Forest
Flower of Scotland
Amazing Graze
Highland Cathedral
The Dark Aisle
The Atholl Highlanders
Auld Lang Syne
La Baum
The little Drummer Boy
Fairytale of New York
Mrs Lily Christie
Rocking All Over The World
Gabriels Oboe
Dances with Wolves
A Mans A Man
God Save the Queen
Hector The Hero
The Great Escape
Plus many more great classics!

“The arrival of the Piper was a moment I won't forget. George played beautifully, lots of traditional and modern tunes. We all had our feet tapping and danced a few ceilidh reels. He took time to tell us about the bagpipes and explained how they worked. It was a wonderful part of my 60th birthday celebrations. Thank you so much, Nicky”

Can not recommend enough! Made our day

“Absolutely incredible experience having the London piper perform at our wedding. Super professional, easy to interact with and kind. Would 100% book again for an event. So grateful he was part of our wedding day. The guests were really moved.”

Thank you so much George.

“George conducted our dads funeral playing Flower of Scotland as dad was walked down. He was very professional and talented with playing. George was very respectful to all those in mourning and talented in his ability. We would highly recommend his service.”

Bagpiper skills was absolutely incredible!! Will be booking George again.

“Bagpipe skills was absolutely incredible!! Will be booking George again.”

Made my dads funeral very special

“Made my dads funeral very special. Thank you George”

Based on 1 person performing up to 1 hour.

Most Alive Network artists travel UK wide and internationally. Get a guide price instantly by clicking the 'get quote' button and entering your event date and location. Make an enquiry and we will liase directly with The London Piper to confirm price, availability, and the provide you with a confirmed quote.

With a wealth of experience, British Champion Bagpiper 'The London Piper' has played at many events such as the Thursford Christmas Spectacular, Basel Tattoo and HRH The Queens 90th birthday!

The London Piper has also recently filmed for the upcoming 'The Kingsman 3' and has featured on the BBC, ITV, Swiss TV, Australian TV and German TV. He has performed at many weddings, funerals, Burns night events and New Years Eve events and has performed all around Europe touring with different bands, alongside winning the British pipe band championships.

From an early age The London Piper was playing the Bagpipes in the Air Cadets and has gone on to represent the Metropolitan Police and the Royal Air Force in functions all around the world, playing at iconic venues such as; Edinburgh Castle, Windsor Castle, Wembley Stadium, Earls Court, Olympia, The Royal Albert Hall, Menin Gate, Normandy beaches, Annabel's, Goodwood House and the Arts Club, Mayfair.

With both high level of Military and Competition experience The London Piper will be sure to add something special to your event.

After booking, speak directly with The London Piper.