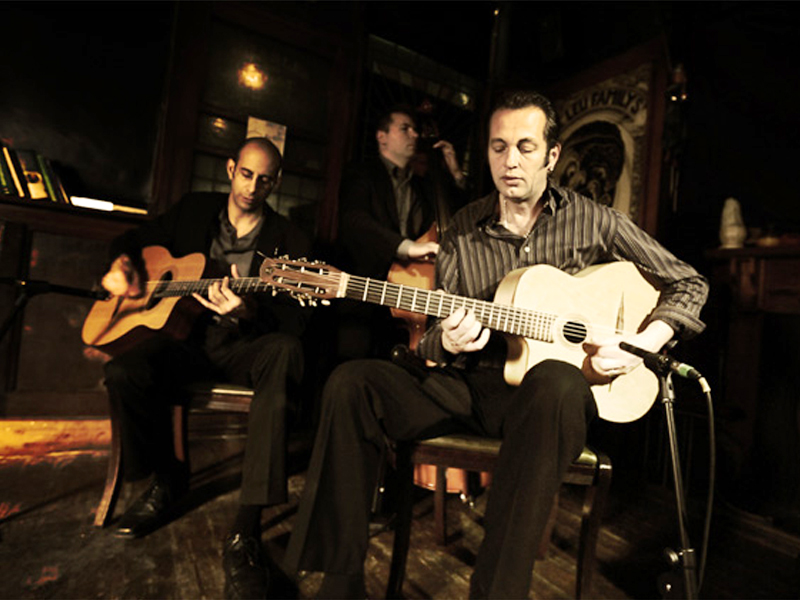 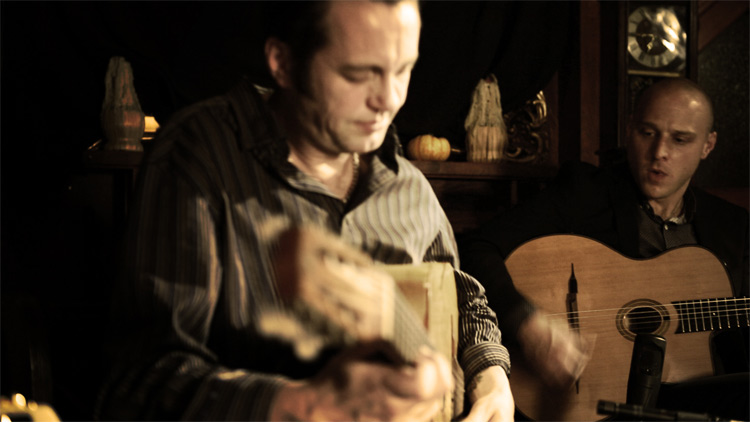 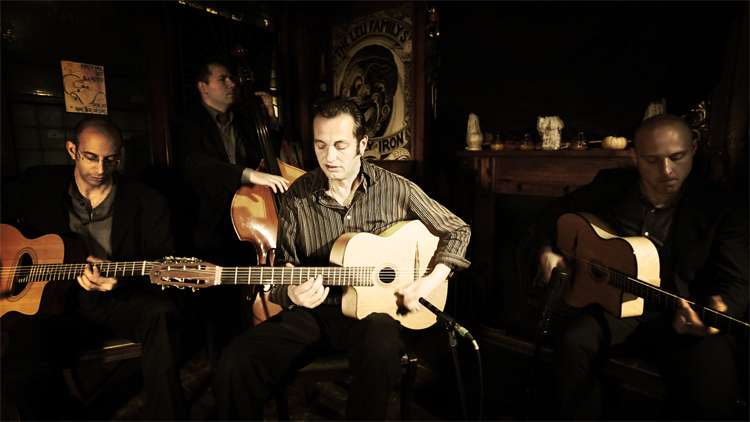 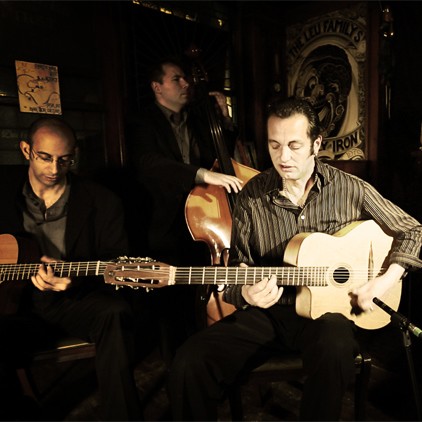 A world-class Gypsy Swing group performing Parisian Café Waltz to dancing-on-tables Swing! With past performances including numerous Weddings to Glastonbury to the Olympic Park 2012, The London Hot Club bring gusto, passion & fun to every event!

“You guys were great!”

You guys were great!

“You guys were great! Thank you xx”

Most Alive Network artists travel UK wide and internationally. Get a guide price instantly by clicking the 'get quote' button and entering your event date and location. Make an enquiry and we will liase directly with The London Hot Club to confirm price, availability, and the provide you with a confirmed quote.

The London Hot Club is a gypsy swing group composed of professional musicians with a genuine love for their music. Performing as a quartet, the group consist of 3 acoustic guitarists and an upright bassist. Their repertoire ranges from Parisian café waltz to dancing-on-tables swing to lilting atmosphere music.

Band Leader Phil learned his craft first hand from Parisian gypsys and has spent the last 10 years honing his remarkable skills in front of appreciative audiences across Europe. After many years of searching for the right line up of musicians to perform this elusive music, Phil has formed an ensemble of world class instrumentalists capable of matching the intensity, gusto, passion and fun that he brings to every performance.

The London Hot Club are ideal for weddings and corporate events and great for festivals. They’ve performed in a wide range of settings, from pubs and clubs to the Olympic Park during London 2012!

Past performances by members of The London Hot Club include:

After booking, speak directly with The London Hot Club.