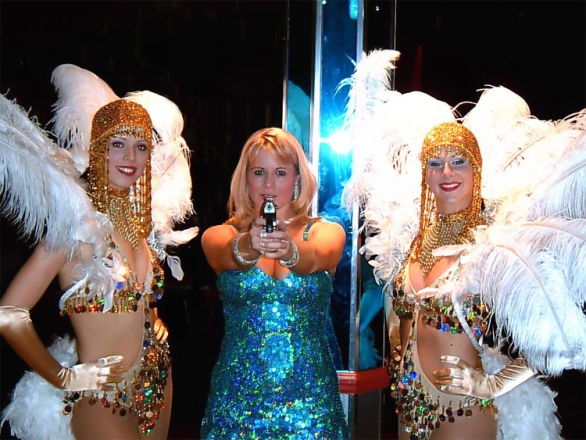 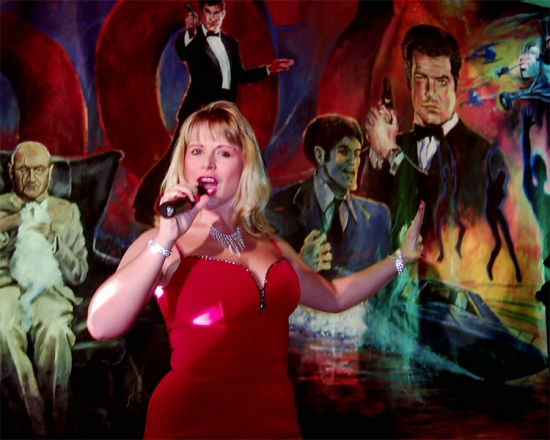 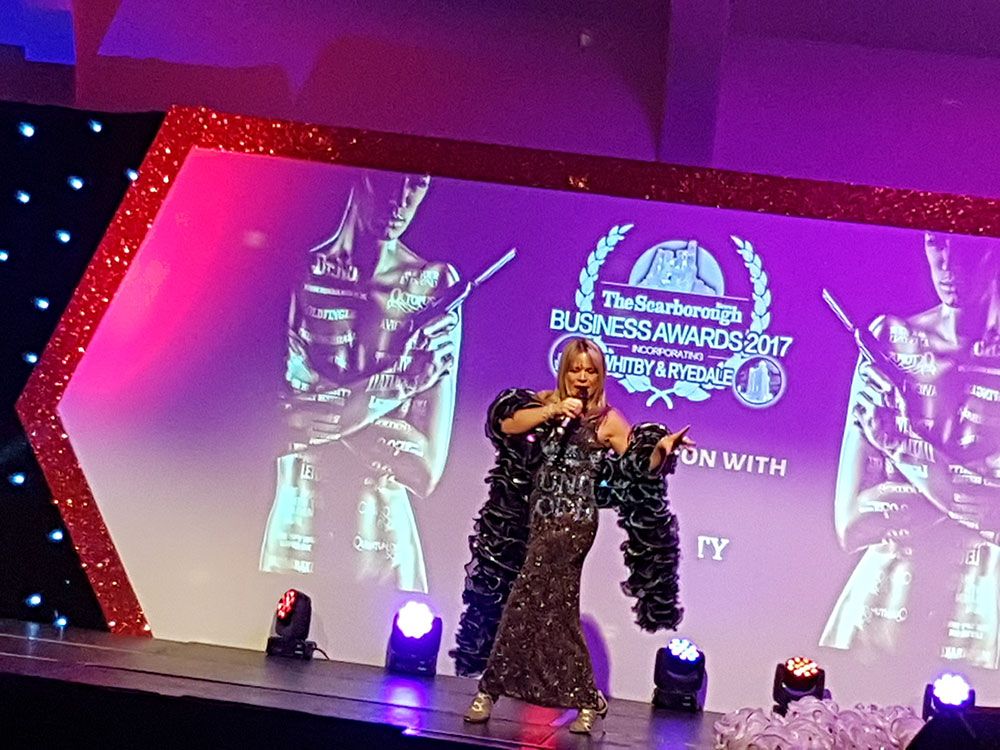 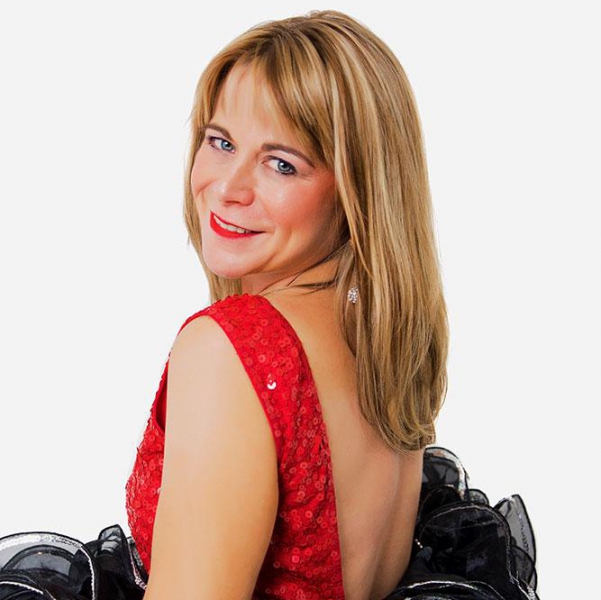 The James Bond Spectacular is a glamorous show recreating the mystery & fun of songs from Bond films with style, warmth and energy. Grab a cocktail (shaken not stirred) & prepare to be entertained!

The James Bond Spectacular includes any song from 'The James Bond Songbook' so if you have a particular favourite please let your agent know when making a booking and it will be included in the performance at no extra cost. The show's repertoire includes:

“Bond singer Dawn arrived early to set up. She asked how we wanted the evening to work, I also had a DJ for the evening. Dawn did 2 sets. On arrival of the birthday boy, and after the initial surprise Dawn started of the singing of happy birthday and then started her 1st informal set. the main set was after the meal. Dawn used props throughout the performance of the main set. Dawn has a strong voice and sang the bonds really good. would recommend to others.”

Just to say that we were delighted with The James Bond Spectacular's performance...

“Just to say that we were delighted with The James Bond Spectacular's performance at our party on Saturday. She was so professional and obviously talented and really made our party go with a swing. She travelled a great distance to be with us, and had lots of equipment with her which added to the spectacular performance. My friends and family all commented on how fabulous her voice and her performance was. I would recommend her for any small or large party.”

“Alive Network made it easy to find the right artist at the right price. The artist arrived on time, was very professional and provided some amazing entertainment. We were all very impressed and it helped make our night very successful. Our Alive Network coordinator was very thorough and informative when booking and was very patient with me, this was the first time I booked entertainment for an event before. Thanks a lot.”

The James Bond Spectacular was really helpful and quick to communicate directly ...

“The James Bond Spectacular was really helpful and quick to communicate directly with us. Absolutely FANTASTIC on the night, went down an absolute storm, and many commented that the price of their tickets was worth it for this act alone - really stood out, and is one of the lasting memories many will keep of the event! Sunderland University Event At The Stadium of Light”

"I cannot thank you enough for making my 50th birthday celebrations day to rem...

“ "I cannot thank you enough for making my 50th birthday celebrations day to remember, not only for Annette and me but for all our guests who have not stopped talking about the evening. Your props transformed the stage into a James Bond set - it looked the part. I thank you for being so accommodation in any which way you could - from bringing together records from my all-time top 50 songs, to you learning the lyrics to 'One Day in Your Life' and singing it as Annette and my special dance - it was excellent! I only expected one session of singing of singing the James Bond songs and was very pleasantly surprised to see that you then performed a second set of cabaret songs later in the evening. This gave a pleasant alternative to our guests not wanting to play the casino tables. It was not just 'one day in my life' it was 'one of the most memorable days in my life'. Derek" ”

Price from £449 + travel from Shropshire

Most Alive Network artists travel UK wide and internationally. Get a guide price instantly by clicking the 'get quote' button and entering your event date and location. Make an enquiry and we will liase directly with The James Bond Spectacular to confirm price, availability, and the provide you with a confirmed quote.

Please note: This artist can travel to Scotland so please call for a quote!

Creator of The James Bond Spectacular, Dawn is a professional performer who has supported acts such as Ruby Turner, Des O'Connor and Canon Ball. Early in her career she appeared on 'My Kind of Music' where her rendition of 'Memory' from Cats was described as 'outstanding'.

The Stage also described Dawn as 'A gifted and versatile performer with a great future in the business'. Dawn's vast experience since completing her training in Performing Arts at the Birmingham Rep fifteen years ago includes various pantomimes, TV appearances in 'Never Never' and 'Brookside' for Channel 4.

She also spent three years in Dubai and toured The Middle East headlining with her own trio. Dawn has also featured as a guest cabaret artist throughout Europe on Various Cruise Liners.

On her return to England her cabaret show became a frequent attraction at Chaplins Night Club in London's West End. More recently Dawn has performed in theatres throughout the UK and Europe as a special guest in the hit show 'Rat Pack is Back' while performing with the Rat Pack at a James Bond themed event held at The Houses of Parliament. Dawn devised this show.

Since then The James Bond Spectacular show has gone from strength to strength and is now a corporate event favourite regularly appearing at events held in major venues such as the NEC and the Royal Festival Hall.

This unique show obviously covers far more Bond songs than any one particular tribute artist can include in one show and corporate bookers have found the format extremely appealing particularly when booking entertainment for highly popular James Bond themed nights.

In the words of the MP John Barron 'Dawn really does have a licence to thrill!'

Throughout the performance Dawn utilises her remarkable 3 octave vocal range to best effect and fully captures the original mood of each song while adding her own personal warmth fun and endless energy to each show. Artists such as Shirley Bassey, Matt Monroe, Tom Jones, Nancy Sinatra and Tina Turner originally recorded the songs and Dawn pays a special tribute to each of these legends during a breathtaking night with Bond.

Dawn can also work in larger venues and can either bring in a full technical crew and production team with James Bond Backdrops and scenery. Alternatively she can work with with a production company provided by the client. Music between sets can be provided at no extra cost.

If you are looking for a bigger show, Dawn can be booked with her fabulous live band (from a 4 piece to 8 piece) under the direction of the legendary Don Hunt who has served for many years as Musical Director for the likes of Bruce Forsyth and Sammy Davis Jr.

Lookalikes, Vegas Showgirls and Casino tables are also available to add extra style to your event. A dance spot can also be provided if required; again, ask your agent for more details.

So grab a cocktail (shaken not stirred) and prepare to be entertained by the one and only Dawn Alacey... Nobody does it better!

After booking, speak directly with The James Bond Spectacular.