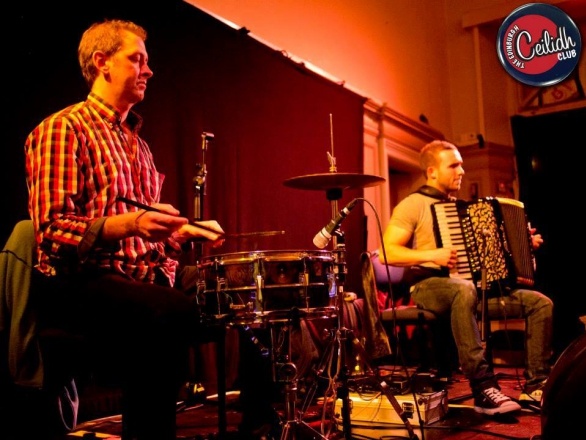 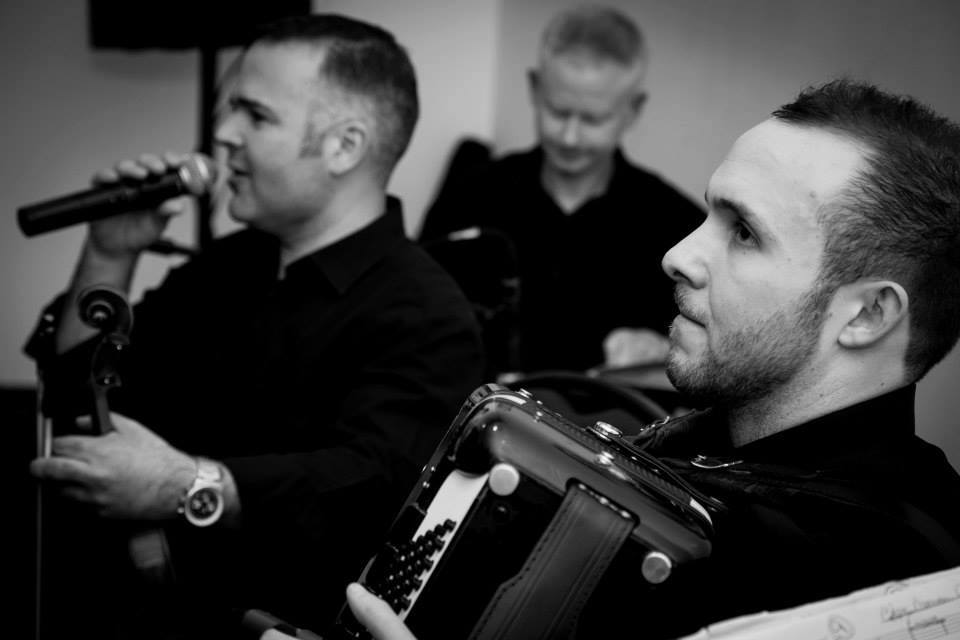 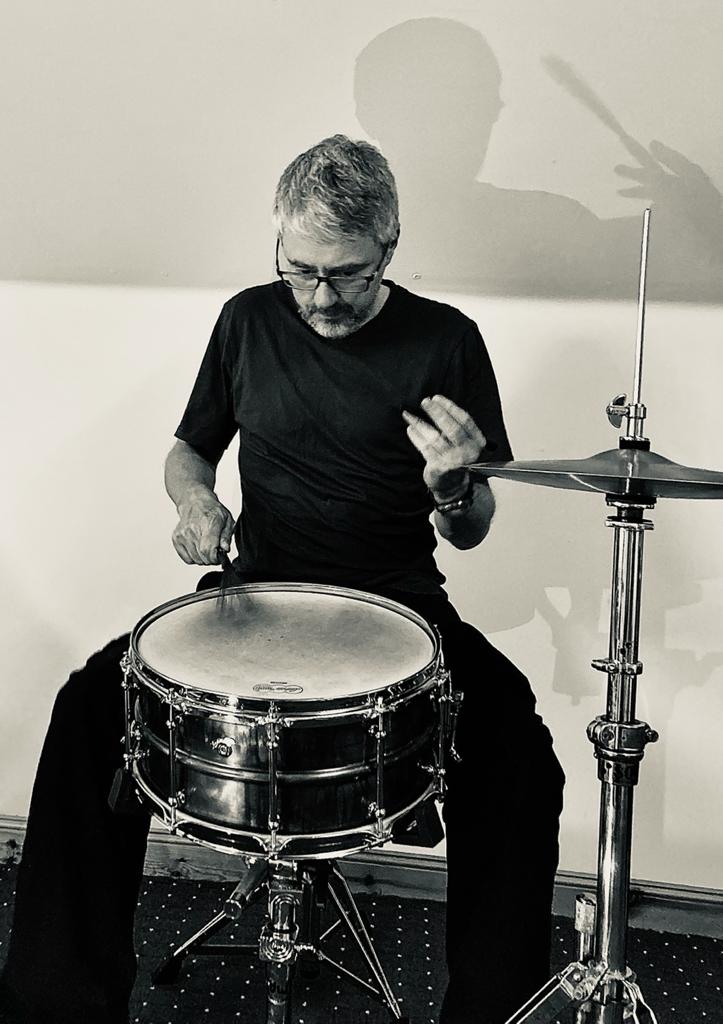 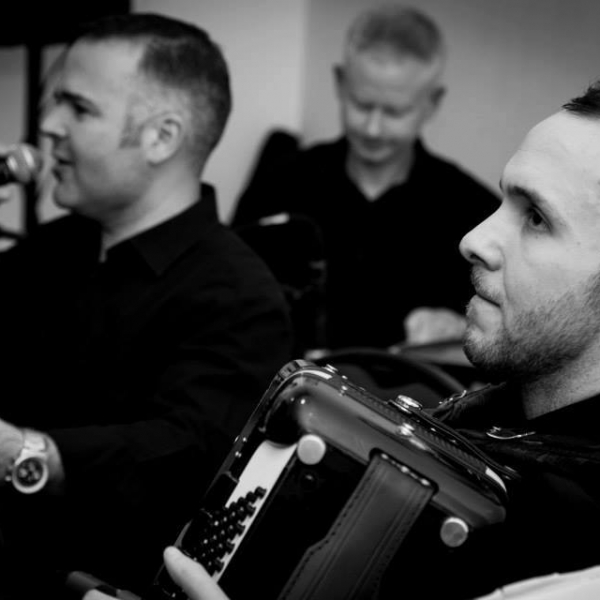 3 piece Ceilidh band consisting of some of the most talented musicians in the Ceilidh & Traditional music scene. Repertoire includes a mixture of Ceilidh; Scottish Traditional music; Continental Music and Jazz. Ceilidh/DJ also an option!

“Amazing Band for a Corporate Event”

These are some of the dances the Haggis Chasers Ceilidh Band perform (every dance is called):

If you are in the mood for some ‘Reel Party’ dances, here are some additional dances we can play the music for:

They also offer a DJ service to cater for all.

Amazing Band for a Corporate Event

“The band were super fun and really helped a group full of amateurs through a hilarious night of ceilidh dancing. They were all in super good spirits and the music was brilliant. Thank you so much!”

They really made the night one to remember!

“The band were great, they really got everyone up and dancing; and their calling was fantastic (for those of us who have forgotten how to dance over the years!). They read the night and the crowd really well, deciding to switch across to the DJ set as the night was ending. Prior to the night we were able to get in contact with Craig very easily and he was quick to reply to any queries we had. I would definitely recommend The Haggis Chasers, and would happily book them again.”

“The Haggis Chasers provided an excellent service for our wedding ceilidh, Great music, good range of dances, and kept the party going. Craig and the band were very professional and courteous, and were able to accommodate all requests we made of them. Overall, and great sound and great service, would recommend!”

Got us up and jigging. A very enjoyable night.

“The occasion was a 35 year reunion and some people hadn't been to a ceilidh since leaving Uni. Great tunes, some classic dances and some that were new to us. They were all well called, and got us all up and jigging. Really added to a great night. Thank you Haggis Chasers!”

What a wonderful way to complete our perfect day.

“What a wonderful way to complete our perfect day, good music, professionally delivery with good humour. Would highly recommend this band and we WILL be using them again as soon as we can. Thanks to all.”

Price from £930 + travel from Perthshire area

Most Alive Network artists travel UK wide and internationally. Get a guide price instantly by clicking the 'get quote' button and entering your event date and location. Make an enquiry and we will liase directly with The Haggis Chasers to confirm price, availability, and the provide you with a confirmed quote.

Highlights
* Great Scottish 3 Piece Ceilidh Band
* Caller included to give everyone a chance to dance!
* Performing a repertoire of Ceilidh, Scottish Traditional music Continental music and Jazz
* Highly talented musicians with a mixture of awards from a variety of Scottish Music Competitions
* Also availabe as a 6 piece band
* Available worldwide

The Band
The Haggis Chasers consists of some of the most well known and talented musicians in the Traditional Music scene.

All members are Scottish champions in their own right winning a mixture of solo awards as well as band awards. These awards have been claimed at the NAAFC (The National Association of Accordion and Fiddle Clubs) competitions and the All Scotland Accordion Championships.

Band Leader Craig
Craig is used to communicating with and performing for audiences at a professional level and has personally gained experience performing the accordion at major concert venues all over Scotland from Strathpeffer to Glasgow.

Craig has also performed at The Scottish Parliament Scotland Office in London (meeting the prime minster at No.10 Downing Street) and Gleneagles Hotel at Hogmanay 2007.

In 2010 Craig became the All Scotland Accordion Champion.

At the age of 15 years old Craig recorded his first CD Moving Forward with was released in April 2009 and is being sold in HMV and other leading music stores.

In recent years the band has recorded 3 broadcasts for BBC Radio Scotland as well as being nominated for Scottish Dance band of the Year at the MG Alba Scots Trad Music awards.

This identifies the caliber of musicians in the band which contributes to what will be an exciting night.

The Band also has the option to perform as Ceilidh/DJ. This is extremely popular as it can cater for everyones musical tastes at an event.

Repertoire
The Haggis Chasers can provide Ceilidh and Scottish Traditional music for any wedding function or corporate event. The band can perform and call all of the common Ceilidh dances as well as the music for any Scottish Country dances.

Also for a bit of variety at your event The Haggis Chasers are able to perform music ranging from French Mussettes to Quicksteps as well as other light jazz numbers.

After booking, speak directly with The Haggis Chasers.