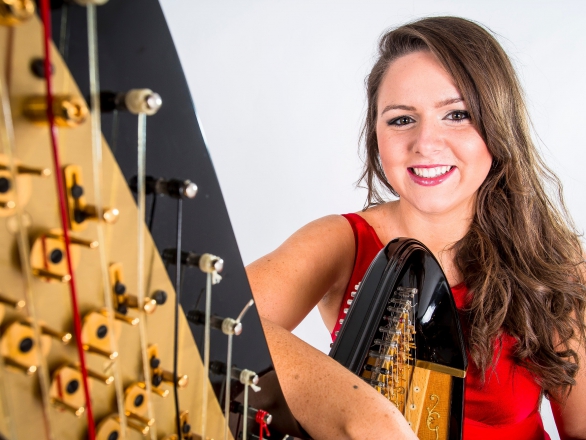 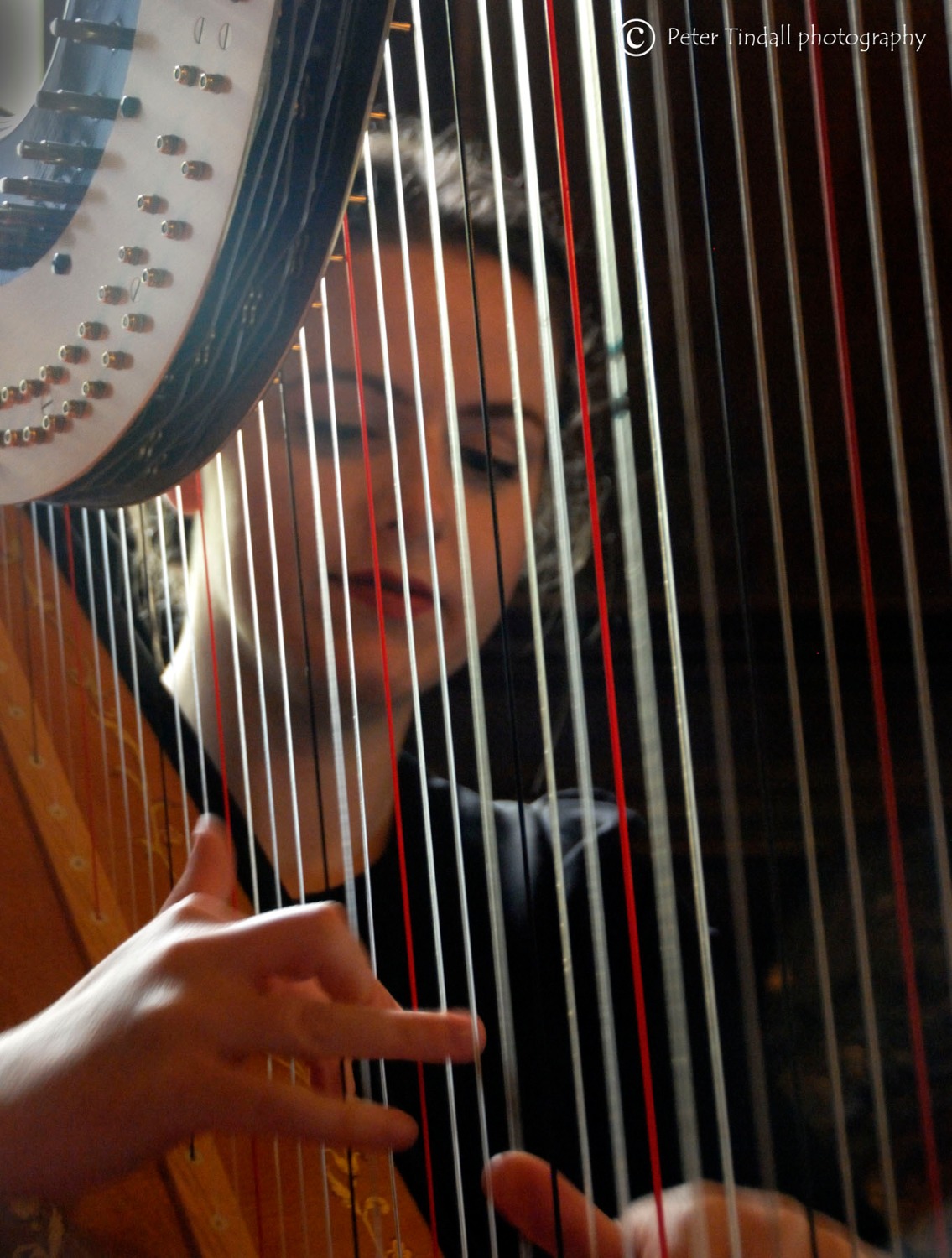 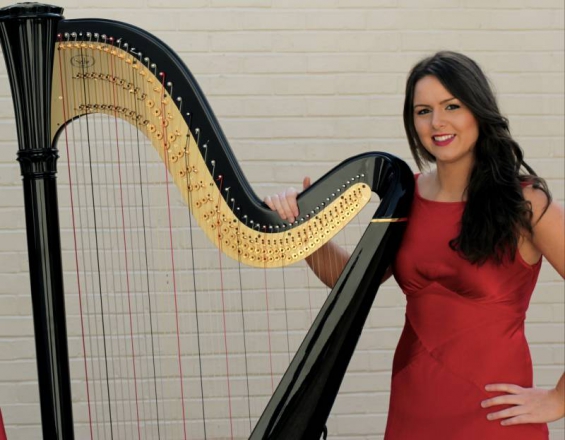 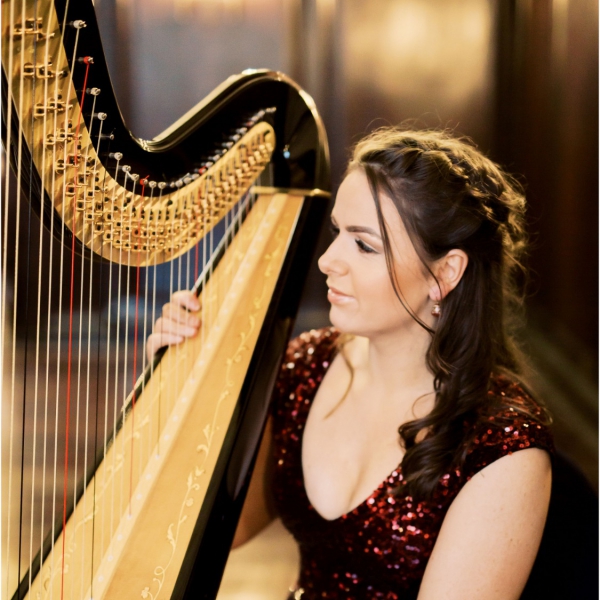 The Function Harpist is a former first class honours scholar from the Royal College of Music, London. With extensive experience performing around the world and a diverse repertoire suitable for all occasions The Function Harpist will provide your event with a touch of class and elegance.

Musical Theatre
All That Jazz
All that’s known
All that you are
Angel of Music
Any dream will do
As long as he needs me
Beauty and the beast
Carousel
Castle on a cloud
Chicago
Close Every Door
Dancing through life
Diamonds are a girls best friend
Don't Cry for Me Argentina
Edelweiss
Empty chairs, empty tables
Far from the home I love
Friend like me
From this moment on
Get me to the church on time
Getting to know you
Giants in the sky
Hello, young lovers
Home
I could have danced all night
I Don't Know How To Love Him
I Dreamed a dream
I feel pretty
I have dreamed
If I can’t love her
If I loved you
I’ll know
In my life
Luck be a lady
Maria
Memory
My favourtie things
On this night of a thousand stars
Over The Rainbow
On My Own
Pie Jesu
Somewhere
Starlight Express
Sunrise, Sunset
Tell Me on a Sunday
Think Of Me
The Music of the Night
The Phantom of the Opera
The American Dream
Tomorrow
Who Will Buy?

Disney Music
A Dream is a Wish your heart Makes (cinderella)
A Whole New World (Aladdin)
Be Our Guest (Beauty and The Beast)
Believe (Stralight Express)
Beauty and The Beast
Can You Feel The Love Tonight (Lion King)
Chim Chim Cher-ee (Mary Poppins)
Colours of The Wind  (Pochahontnas)
Circle of Life (Lion King)
Do You want to build a snowman? (Frozen)
Go The Distance (Hercules)
God Help The Outcast (The Hunchback of Notre Dame)
Hakuna Matata (Lion King)
If I Never Knew You (Pocahontas)
I wana be like you
Just around the River Bend (Pocahontas)
Kiss The Girl (Little Mermaid)
Lady and the Tramp
Let it Go (Frozen)
Little April Showers
Make A Man Out Of You (Mulan)
Once Upon a Dream (Sleeping Beauty)
Part of Your World (Little Mermaid)
Reflection (Mulan)
Someday (Hunchback of Notre Dam)
So This is Love (Cinderella)
Ten minutes ago (cinderella)
You’ve Got a Friend in Me (Toystory)
Under The Sea (litte Mermaid)
When you wish upon a star
Zip-A-Dee-Do-Da (Song of The South)

Film Music & Popular Music
A Team (Ed Sheeran)
All Of Me (John Legend)
All You Need is Love (The Beatles)
All I Ask (Adele)
A Hard Day Night (Beatles)
Angel (Sarah McLachlan)
Angels (Robbie Williams)
A Thousand Years (Christina Perri)
Beautiful (Christina Aguilera)
Beatiful Day (U2)
Because you loved me  (up close & personal)
Believe (The Polar Express)
Candle in The Wind (Elton John)
Can't fight the moonlight ( Coyote Ugly)
Can’t Help Falling in Love  (Elvis Presley)
Chandelier (Sia- Acoustic version)
Chasing Pavements (Adele)
Clocks (Coldplay)
Close To You (The Carpenters)
Don’t Let The Sun Go Down on Me (Elton John)
Don’t Look Back in Anger (Oasis)
Don’t Stop Believeing (Journey)
Everybody Hurts (REM)
Everything I Do (Bryan Adams)
Feather Theme (Forrest Gump)
Feeling Good (Muse)
Fields of Gold (Sting)
For the Love of a Princess (Braveheart)
For you I will (Space Jam)
Free Fallin’  (John Mayer)
Hero (Enrique Iglesias)
Hero (Mariah Carey)
How Do I live ( Con Air)
How Long I Will Love You (Ellie Goulding)
Ice Castles Main Theme
I Don’t Wanna Miss A Thing (Aerosmith)
Is This Love (Bob Marley)
I Believe in You and Me (The Preacher's wife)
Just the Way You Are (Bruno Mars)
Kissing You  (Love Theme from Romeo & Juliet)
Lara’s Theme (Dr. Zhivago)
Let Her Go (Passenger)
Make You Feel My Love (Adele)
Marry Me (Jason Derulo)
Photograph (Ed Sheeran)
Singin' in The Rain
Stairway to Heaven (The Song Remains the Same)
Someone Like You (Adele)
Star Wars Main Theme
Take My Breath Away (Top Gun)
The Note book Main Theme ( The Notebook)
The Way You Look TOnight (Sinatra)
Theme from Schindler's List
The Long And Winding Road (Beatles)
The Pink Panther
The Prayer (Quest for Camelot)
There You'll Be (Pearl Harbour)
Thinking Out Loud (Ed Sheeran)
Titanic Theme  (Celine Dion)
Treasure (Bruno Mars)
Truly Madly Deeply (Savage Garden)
Unchained Melody
What The World Needs Now Is Love
Wherever You Will Go (Charlene Soraia)
When I Fall in Love (Nat King Cole)
When We Were Young (Adele)
When You Believe (Mariah Carey, Whitney Houston)
Will You Be There (Free Willy)
Wind Benneath My Wings (Bette Midler)
What A Wonderful World (Louis Armstrong)
Wonderful Tonight (Eric Clapton)
You Light Up My Life (You Light Up My Life)
You Raise Me Up (Westlife)
Your Song (Elton John/Ellie Goulding)
Yellow Submarine (Beatles)
XO (Beyonce)

“Rhianwen was simply perfect for our wedding. Easy communication before the event and no issues on the day. Couldn't have asked for a more professional harpist! She made our day even more beautiful!”

“Our guests have not stopped telling us how spectacular and utterly beautiful Rhianwen's performance was at our wedding. As a family from a musical background (and my brother attending the Royal Academy of Music in London) we were blown away by her professionalism and the quality of her performance and would highly recommend her to anybody even thinking about having a harpist at their wedding. She even added a personal Welsh piece especially for us. Just wish we had booked her for longer! Thank you so much!”

Welcoming notes for our guests

“Rhianwen made an excellent contribution to the atmosphere welcoming guests to our golden wedding anniversary party. The choice of tunes and the style provided an excellent backdrop to the day and several people mentioned to me how much they had enjoyed the performance. A somewhat unusual choice for atmospheric music, maybe, but a completely successful one!”

Rhianwen exceeded our expectations, having her play the harp at our wedding made...

“Rhianwen exceeded our expectations, having her play the harp at our wedding made the day even more memorable. Many of our guests commented on how beautiful she played and how specail it made the day. My partner wanted a particular piece of music played on our entrance, we contacted Rhianwen who said she didnt know the music, but if we could provided the sheet music she would play it. Shortly after she contacted us to say she had found the music and would be happy to play it on our wedding day. She did and it was beautiful. I would definitely recommend the function harpist to friends and would not hesitate to book her for a future function”

Price from £256 + travel from Denbigh

Most Alive Network artists travel UK wide and internationally. Get a guide price instantly by clicking the 'get quote' button and entering your event date and location. Make an enquiry and we will liase directly with The Function Harpist to confirm price, availability, and the provide you with a confirmed quote.

Highlights
* Previously performed for Her Majesty the Queen, the Mayor of London, Stella McCartney and Charlotte Church
* Has performed at prestigious venues such as the Royal Albert Hall, Buckingham Palace, The Sage- Gateshead, Salvi Harp Showrooms - London and The National Gallery.
* First class honours scholar from the Royal College of Music, London

Whilst studying in London The Function Harpist gained her BMus (hons) DipABRSM and LRSM performance certificates. She has played in many prestigious venues and events all over the UK and further afield, including the Royal Albert Hall, Buckingham Palace, Wales Millennium Center, Rio de Janeiro Arts centre etc. The Function Harpist has played for Her Majesty the Queen on several occasions, HRH Prince Charles and the Duke and Duchess of Cambridge.

The Function Harpist has orchestral experience, performing as principle of the RCM Philharmonic Orchestra and Symphony Orchestra. The Function Harpist has performed as a soloist at such venues as The Sage- Gateshead, Salvi Harp Showrooms- London and The National Gallery. She has also played in many ensembles and duets performances nationally, including duet performances with Catrin Finch and Elinor Bennett In 2009 Rhianwen played for a TV documentary accompanying Bryn Terfel and over the years has played on many occasions for Only Men Aloud Male voice choir, Eirian Owen with Cor Godre’r Aran (Director of Cor Godrer Aran – internationally successful Welsh Male voice choir) and Brythoniaid male voice choir.

The Function Harpist has played several times with world renowned harpist Catrin Finch and for celebrities such as Charlotte Church, Stella McCartney and the Mayor of London. Rhianwen has recently performed in countries such as China and Brazil whilst being the Queen Elizabeth resident Harpist for Cunard.

After booking, speak directly with The Function Harpist.