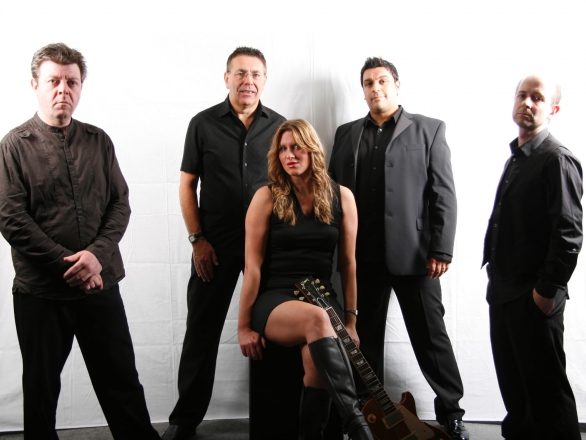 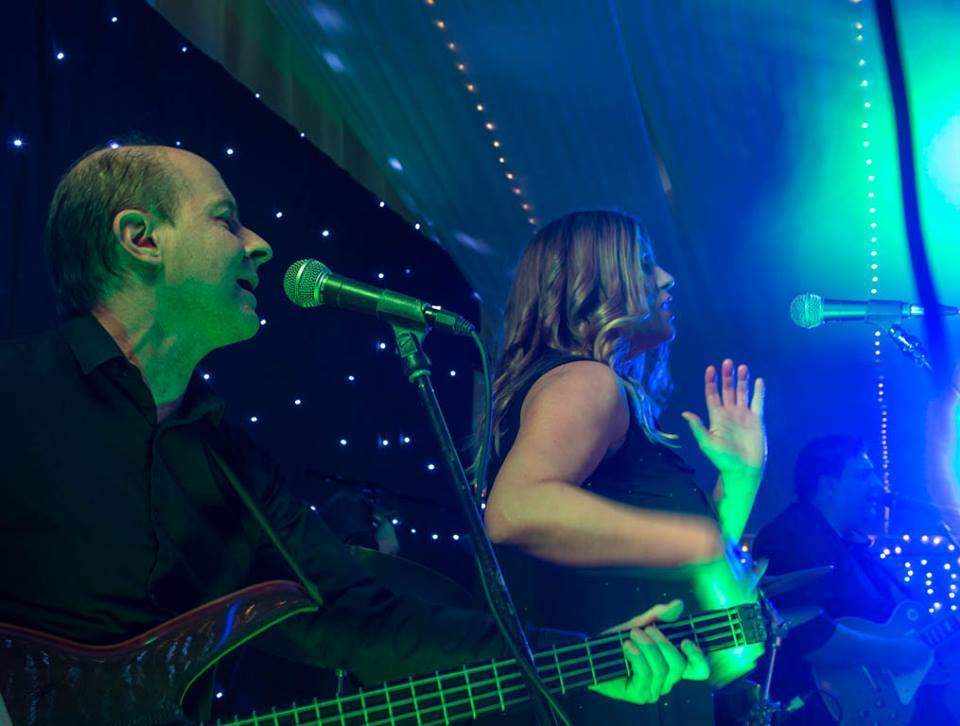 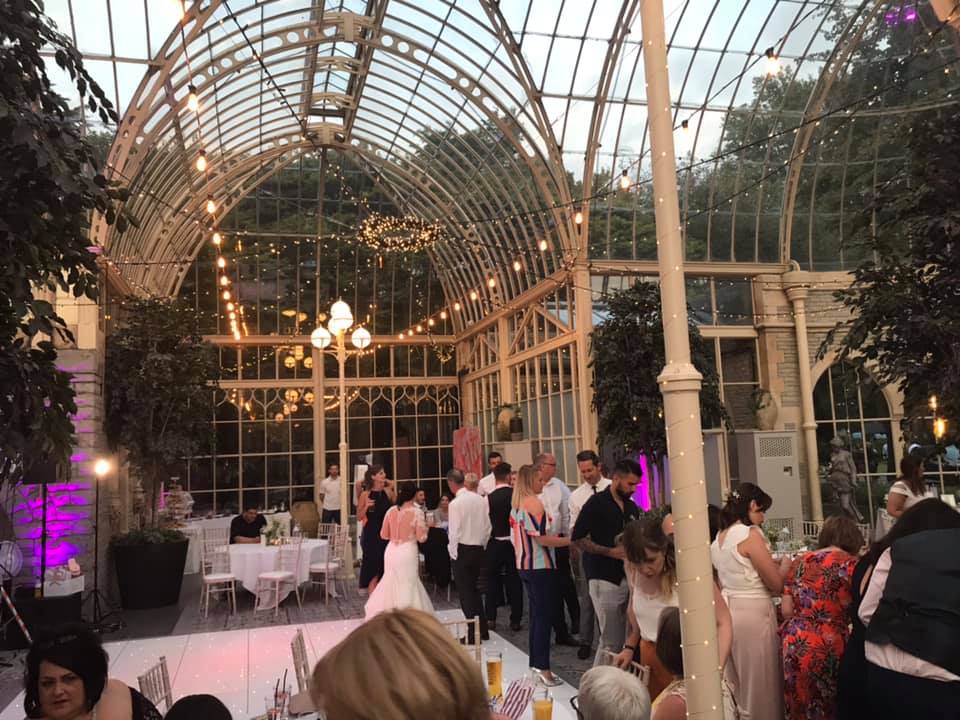 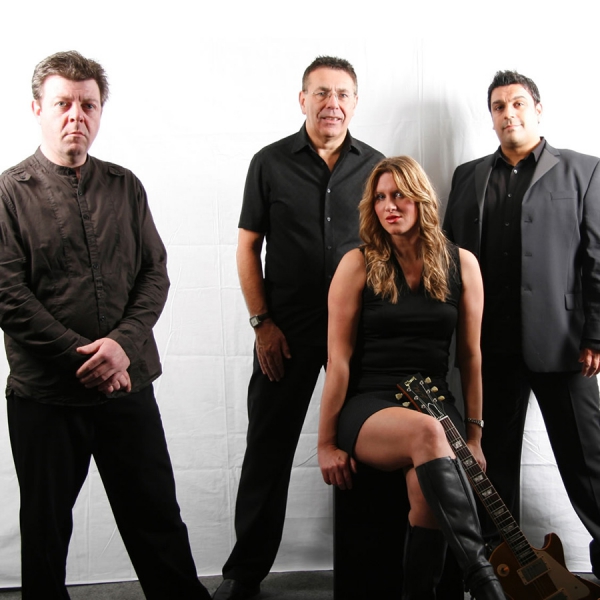 The Edge are a dynamic, versatile, high energy covers band who ooze experience and stage presence. Industry professionals they have worked with and performed for some of the best in the business including Royalty! Chart Hits and Classic Party Tracks!

“Fantastic - exactly what I was looking for!”

Fantastic - exactly what I was looking for!

“I booked The Edge very last minute - they were so accommodating, and the booking process was really straightforward. I was contacted by the band to discuss the set list etc, and then on the day they set up very quickly and professionally. The music was great, exactly what I had wanted - a real mixture of classic songs that got people up on the dance floor! Great band, would definitely recommend.”

What a great night. The Edge had the edge.

“Without doubt one of our better decisions to book The Edge. They were fabulous. Really listened to what we wanted in the sets and delivered a great evening entertainment. Many of our guests commented on how good the band were. Book them before someone else gets there before you!!”

“Our group of friends are quite prepared to be blunt, i.e. we tend to get realistic feedback especially after a few beers! Absolutely all of them were blown away by the quality of The Edge’s musicians and vocals. We’ve hired bands before, they top all of them. They adapted a set list to fit our event.”

The Edge - great band and sound

“Good communication in the lead up to our daughters 18th Birthday party. The band went down a treat with our guests and we were all impressed by their professionalism , their playlist and how they sounded on the night. Highly recommended !!!”

“We thought we knew exactly what sort of music we wanted for our wedding.... How little we knew! The band knew exactly what would fill the dancefloor, and for the main singer to leave the stage and interact with us made it even better!”

Most Alive Network artists travel UK wide and internationally. Get a guide price instantly by clicking the 'get quote' button and entering your event date and location. Make an enquiry and we will liase directly with The Edge to confirm price, availability, and the provide you with a confirmed quote.

The Edge are one of the UK's top function bands whose reputation for delivering edgy exciting live interactive performances have held them in high regard with many top corporate clients year after year.

The Edge are professional musicians who successfully have taught, composed, produced and performed within the industry for over 15 years worldwide to include UK, Spain, Dubai, Hong Kong, San Fransisco, Scandinavia, Denmark, France, Germany etc...

Members have previously worked and collaborated with an impressive array of artists and performed at numerous theatres and venues internationally and throughout the UK combined with TV and radio credits as standard.

The Edge exude experience and bring energy, fun and style to any event, priding themselves on not only providing amazing live music but a great live interactive show for you and your guests!

What People Say
Just had to drop you a quick note, following last night's ball, fundraising for Swindon SANDS.

What a fantastic evening!!  We have had many of the guests come up to us (last night and this morning) to say what a great band you were; catering for everybody from teens to us, shall we say, slightly 'more mature'  guests.  The mix of music was great, borne out by the amount of audience participation later in the evening!!  I have to admit that I have not seen a dance floor so full, for so long, at similar events before - a credit to your careful set selection.  The fact that you coped so seamlessly with the change of timings also bares witness to your utmost professionalism.

You will no doubt be interested to know that we raised just short of £6,000!

We will be setting the date for next years ball within the next couple of weeks and I am confident that you will be receiving a call from us!

Thanks again to you all.

Keith Davidson (on behalf of the SANDS Ball Committee)

We booked The Edge to play at our wedding reception at Abbey House Gardens in June 2012. In the run up to our big day the band were extremely professional, providing us with a cd recording of some of their music and a very long list of the tracks they cover. Tanya was extremely helpful in helping us decide on a first dance and was always quick to reply to our queries. Even though we were running late on the day the band were extremely accommodating and changed their playing time to suit us.

On the night the band were absolutely fantastic, playing excellent cover versions of tracks from throughout the decades. Their variety of music and quality of performance ensured that the dance floor was full for the entire evening and they managed to get people of all ages up onto the  floor. The Edge are an extremely talented and entertaining band and their touches of flair, such as one band member being able to play a guitar behind his head, really added something to the evening. They even caved into demands for 'one more track' at the end of their set and received a well deserved round of applause at the end of the night. We would definitely have no hesitation in recommending The Edge to others!

Thank you once again, you really made the evening of our wedding memorable!

Thank you so much for making our wedding party kicking! Everyone and most of all us absolutely loved The Edge!! You made our special day super special and memorable for everyone. So many people have commented on how great you were. I am sure all our friends and relatives future weddings will be enquiring about The Edge. We hope you have a great summer and hopefully we will see you again at another party soon.

After booking, speak directly with The Edge.