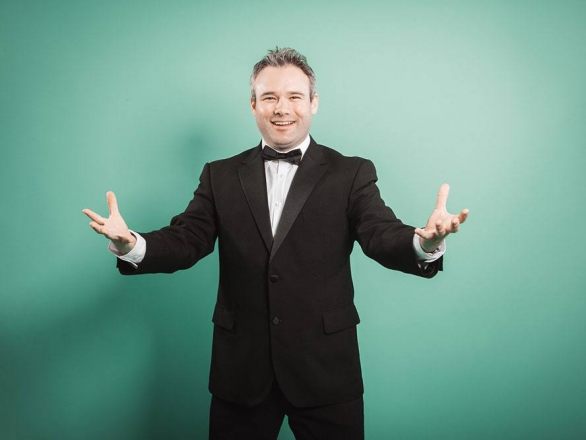 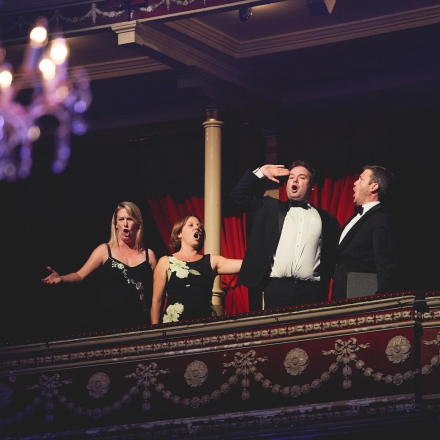 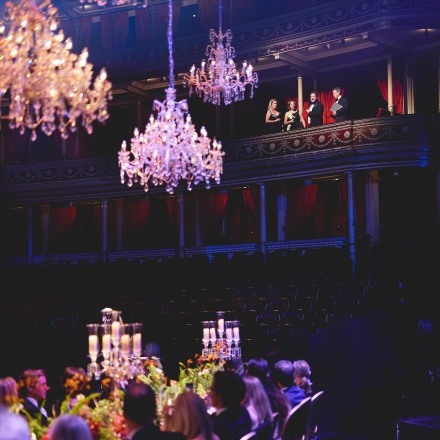 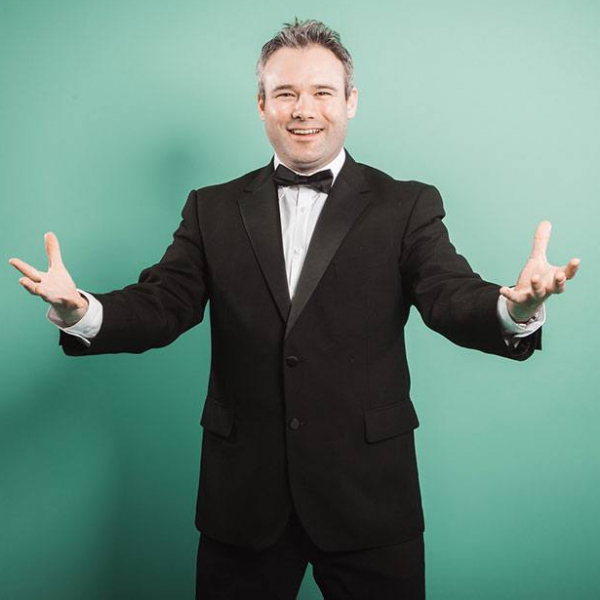 Operetta
Take a pair of sparkling eyes
The Modern Major General
All G&S tenor roles across all operas
All tenor arias from the Merry Widow, Orpheus in the underworld and La Belle Helen.

Musical Theatre
Bring him home
Master of the house
Empty chairs empty tables
Stars
Do you hear the people sing
(All Les Miserable)
A million dreams
Music of the night
(All Phantom of the Opera)
Edelweiss
This nearly was mine
Younger than springtime
You got to be carefully taught
If I were a rich man
If I loved you
Oh what a beautiful morning
Surrey with the fringe on top
A Puzzlement
Some enchanted evening
On the street where you live
(All male songs from my fair lady)
Come to me bend to me
Wandering star
Maria
How to handle a woman
If ever I would leave you
Impossible Dream
The songs of Stephen Sondheim, Kurt Weill, Flanders and Swann and Tom Lehrer also
(Russell’s repertoire of the music theatre idiom is vast. All requests can be catered for no matter how rare the show, please enquire if the songs are more on the unusual side.)

“I booked Russell as a surprise for my wife at our wedding. He sung alongside the string quartet that we had playing during the reception, whom he had never met before. His performance was amazing! He engaged with the audience with energy, charisma and hilarity - everyone stopped what they were doing to watch. His voice is incredible! Russell also made his performance funny by singing directly to people (including my wife) at times, which really made the performance so good! He was really helpful before the event; this was made harder by the fact that my wife had no knowledge of it happening and Russell also spoke with the string quartet prior to the day to ensure the arrangements went smoothly. Excellent performer and I would highly recommend!”

“Great performance by Russell - very professional and engaged with the audience! Amazing voice and loved that he gave little Christmas facts and jokes across the performance which made it more personal! Everyone enjoyed his performance immensely!”

Russell has a beautiful and powerful voice,

“Russell has a beautiful and powerful voice, he performed a range of titles from opera to musical theatre. Russell interacted well with the audience of guests and involved them too. He explained the context of the songs and gave background information. He performed songs in character.”

Price from £390 + travel from Hertfordshire

Most Alive Network artists travel UK wide and internationally. Get a guide price instantly by clicking the 'get quote' button and entering your event date and location. Make an enquiry and we will liase directly with Tenor Russell to confirm price, availability, and the provide you with a confirmed quote.

Having started singing life as a chorister in St Georges church Kidderminster and performing in many productions at King Charles, Russell moved to London to gain his BMus and MMus at the Guildhall School of Music and Drama to study voice on an unconditional place under the tutelage of Mr Ian Kennedy. After leaving college Russell has made his mark as a freelance singer up and down the country and is in great demand.

Opera credits include Tamino (The Magic Flute), Title role in Albert Herring, Pedrillo (The Abduction from the Seraglio), Don Basillio (The Marriage of Figaro), Don Jose (Carmen), Count Almaviva (The barber of Seville) and the second brother in the world premier of Laurence Romans Isabella and the Pot of Basil at Covent Garden and Buxton. In 2013 Russell gained his fellowship from the London collage of music (FLCM).

Russell has a very keen interest in the works of Gilbert and Sullivan, going so far as to write his Masters thesis on their life and music. His tenor roles in these operas to date are The Defendant, Marco, Frederic, Ralph, Earl Tolloller, Alexis, Nanki-Poo and Box. Only six more to go! Russell has also performed a recital of Sullivan songs at the Arts Centre on the island of Jersey. Just recently Russell has been accepted to sing principal tenor in the world renowned “Grims Dyke Opera Company”, at the home of that Late W.S Gilbert. His recital work is also recognized in other fields of English music, most recently song settings of the poetry of Housman in “The Blue Remembered Hills” for the Worcester festival.

Russell has also discovered a great passion for the works of Bach and is now enjoying numerous booking’s singing the evangelist roles in all the major works.