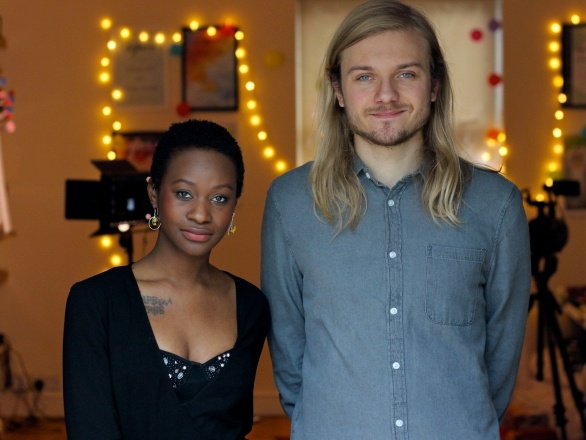 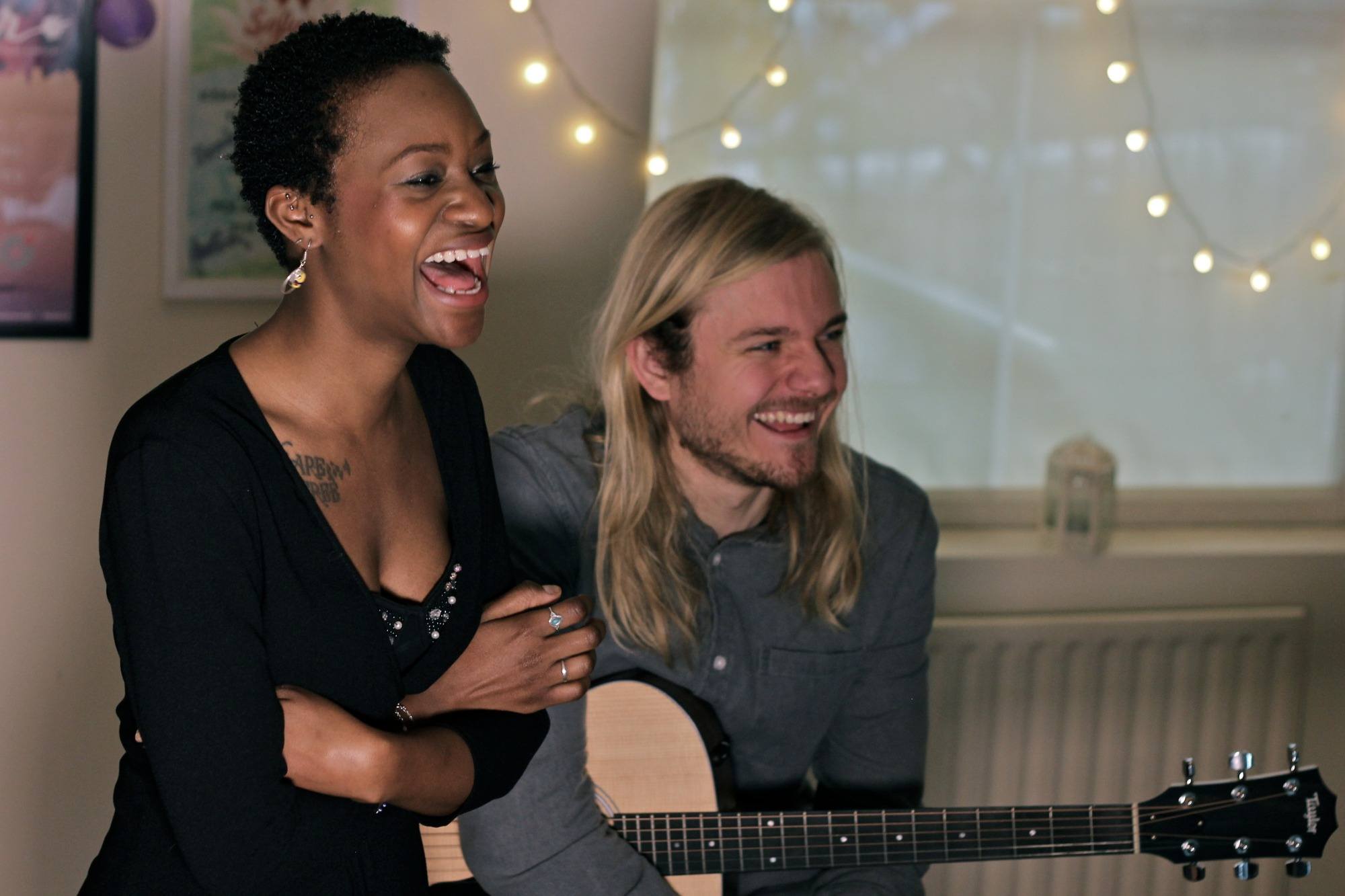 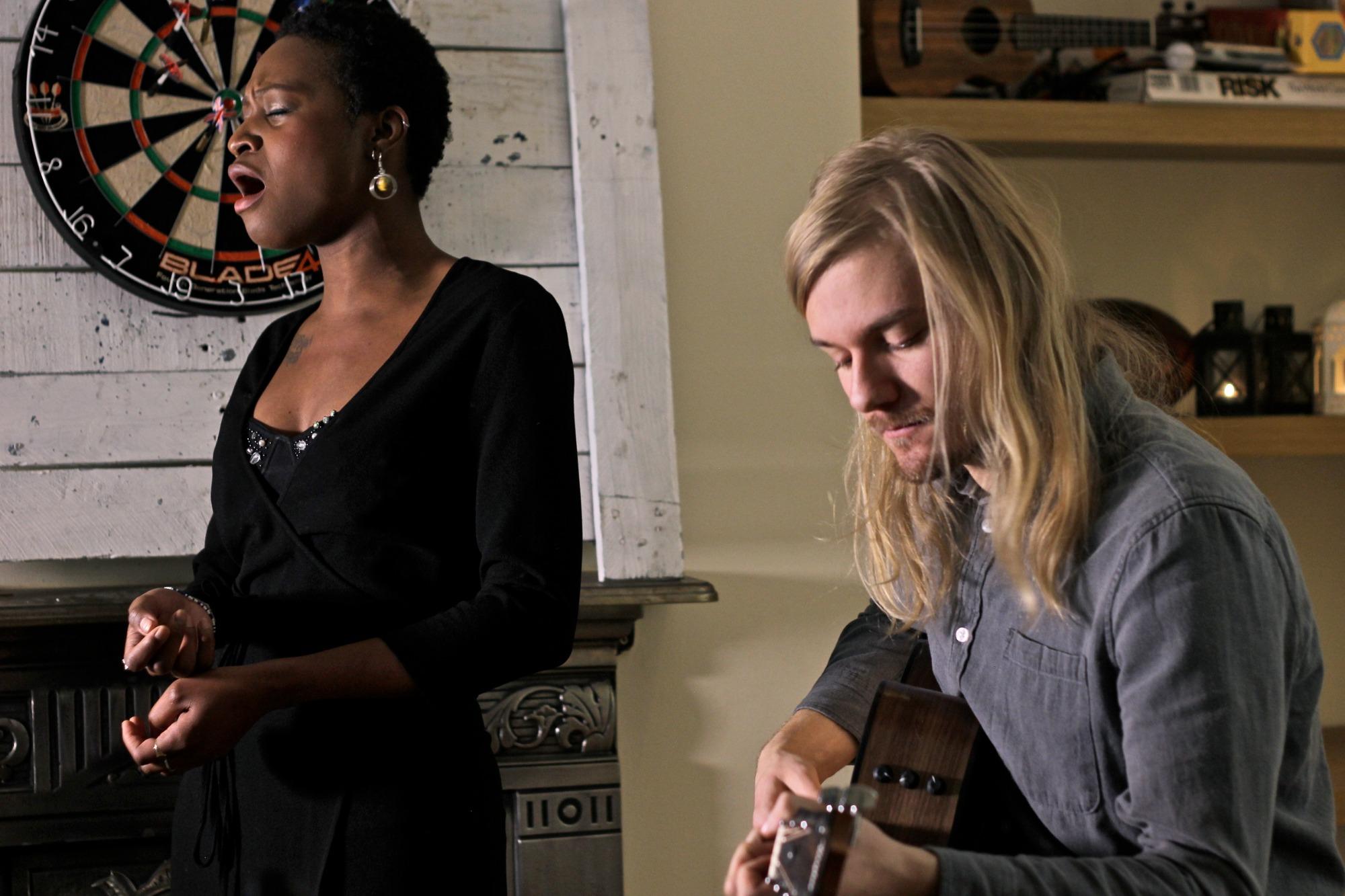 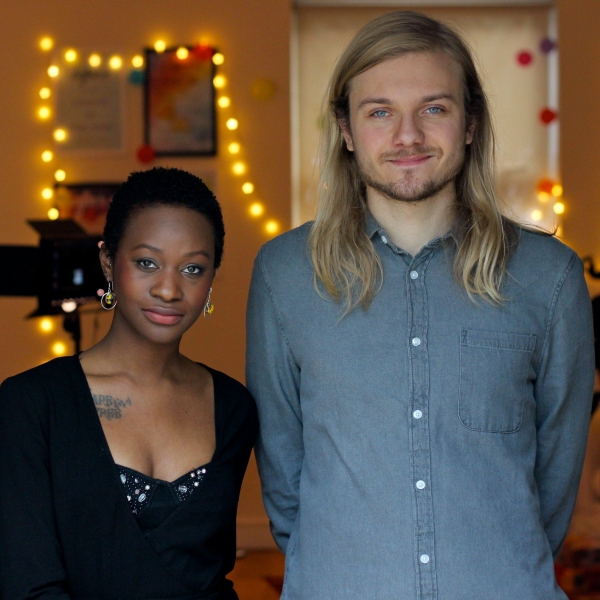 With an emphasis on recreating renowned classics of the yesteryears and today, Taste and Jam are an acoustic vocal guitar duo who perform an eclectic range of music. Both graduates of the British and Irish Institute of Modern Music, they have years of experience with previous performances at Ronnie Scott's, O2 Academy, Shepherd's Bush and many more.

“My husband wanted to pay for more, everyone enjoyed themselves.”

Jazz/Standards
Agua De Beber
Autumn Leaves
Bang Bang
Easy Living
Fever
Fly Me To The Moon
Georgia On My Mind
I Put A Spell On You
L.O.V.E.
Mad About The Boy
Save Your Love For Me
Summertime
They Can't Take That Away From Me

60s/70s/80s - Pop/Rock
Albert Hammond - It Never Rains In Southern California
Animals - House Of The Rising Sun
America - Horse With No Name
Billy Joel - We Didn’t Start the Fire
Bill Withers - Lean On Me
Blondie - One Way Or Another
Bob Dylan - All Along The Watch Tower
Bob Dylan - Knockin' On Heaven's Door
Bob Dylan -It’s All Over Now Baby Blue
Bob Marley - Is This Love
Bryan Adams - Heaven
Cat Stevens - Wild World
Chris Isaak - Wicked Love
Darryl Hall & John Oates - You Make My Dreams
Dolly Parton - Jolene
Dolly Parton - 9 to 5
Elton John - Sacrifice
Eurythmics - There Must Be An Angel
Fairground Attraction - Perfect
Fleetwood mac - Landslide
Fleetwood Mac - Dreams
Frank Zappa - Any Way The Wind Blows
Frank Zappa - Go Cry On Somebody Else’s Shoulder
George Harrison - Got My Mind Set On You
George Michael - Faith
Jefferson Airplane - Somebody To Love
Janis Joplin - Piece Of My Heart
Jimi Hendrix - Little Wing
Jimi Hendrix - Hey Joe
Katrina and The Waves - Walking On Sunshine
Lionel Richie - All Night Long
Lionel Richie - Easy
Lovin’ Spoonful - Summer In The City
Luther Vandross - Never Too Much
Madonna - Material Girl
Marc Bolan (T. rex) - Get it On
Michael Jackson - Dirty Diana
Michael Jackson - Man In The Mirror
Michael Jackson - Human Nature
Patti Smith - Because The Night
Pretenders - Brass In Pocket
Prince - Purple Rain
Prince - Raspberry Beret
Queen - Crazy Little Thing Called Love
Ramones - Baby, I Love You
Rickie Lee Jones - Chuck Es In Love
Rod Stewart - Maggie May
Rolling stones - No Satisfaction
Sade - Your Love is King
Simply Red - Holding Back The Years
Solomon Burke - Cry To Me
Stevie Nicks - Edge Of Seventeen
Talk Talk - It’s My Life
The Beatles - Blackbird
The Beatles - Here Comes The Sun
The Beatles - Don’t Let me Down
The Beatles - Come Together
The Doobie Brothers - Listen To The Music
The Eagles - Hotel California
The Kinks - You Really Got Me
The Korgis - Everybody’s Got To Learn Sometime
The Mamas and the Papas - Dedicated To The One I Love
The Mamas and the Papas - Dream A Little Dream
The Smiths - There Is A Light That Doesn’t Go Out
The Who - My Generation
Tom Petty - Free Fallin'
UB40 - Red Red Wine
Wham! - Wake Me Up
Whitney Houston - I Wanna Dance With Somebody*

My husband wanted to pay for more, everyone enjoyed themselves.

“District Sound is a truly fabulous duo - you did a great job! My husband wanted to pay for more, everyone enjoyed themselves. Loved it, I would definitely recommend these guys to anyone if you wanted a classy night.”

We Can Not Recommend Taste and Jam Duo enough!

“The communication was seamless and Yvonne took time to suggest some great ideas for the acoustic piece that they played during the signing of our register. It was fantastic. They then played 2 sets with their own PA system during our drinks reception, outside in a sunny courtyard, and created the most incredible atmosphere. So many people complimented them and there was a huge round of applause when they left! Thank you Yvonne and Ovidijus for playing such an important part in our wedding day!”

“Yvonne and Ovidijus are super talented professional artists. It is always a delight to have them performing at Sendero Late!”

Price from £515 + travel from Cambridgeshire

Most Alive Network artists travel UK wide and internationally. Get a guide price instantly by clicking the 'get quote' button and entering your event date and location. Make an enquiry and we will liase directly with Taste and Jam Duo to confirm price, availability, and the provide you with a confirmed quote.

Taste & Jam are a comprehensive musical duo currently based in London. With an emphasis on recreating renowned classics of the yesteryears and today, their setlist features an eclectic range of music across all decades including Motown, Jazz, 60s Soul & R’n’b, 70s & 80s Rock & Alternative right up until music of today.

All songs are performed with guitar and vocals creating a distinctive and uniquely genuine quality to their sound and their ability to match dynamic, engaging guitar playing with powerful, absorbing vocals makes them the perfect accompaniment to any kind of event.

Yvonne pursued her music education at the renowned British and Irish Institute of Modern Music in London, UK. Graduating in 2016, she released her debut single entitled Wolf Cry in the same year. Following from this, her second single Roving was released in April 2017 and received recognition from renowned music publications including Clash Magazine and the Line of Best Fit. She was recently announced as a recipient of PRS for music’s prestigious Women Make Music award, receiving funding for her debut E.P. which will be released in 2018. She has performed at various venues in London including The Troubadour, famous for being the home of Bob Dylan’s first performance in London, the world famous Ronnie Scotts Jazz Club and has headlined The Finsbury, a performance venue in London.

Ovidijus has been active in the industry for about 7 years, being a part of blues, pop, rock bands and even gypsy jazz trios playing various events from private evenings to festivals. Being completely self-taught, he graduated from BIMM (British and Irish Modern Music Institute) in London and acquired BMus 1st Class Honours in Performance. This opened doors for Ovidijus to perform at many renowned venues in London like the O2 Academy Islington, O2 Shepherd’s Bush Empire, Bush Hall, The Camden Assembly, famous for having hosted one of the early performances of Coldplay and The Half Moon Putney including many other. He has been actively involved in recording music for other artists next to having his own original band which released an EP in June 2017. Playing in variety of environments and being exposed to different genres and styles of music, he has acquired professional attitude to his craft and an extraordinary musical touch to provide a performance of the highest standard.

After booking, speak directly with Taste and Jam Duo.