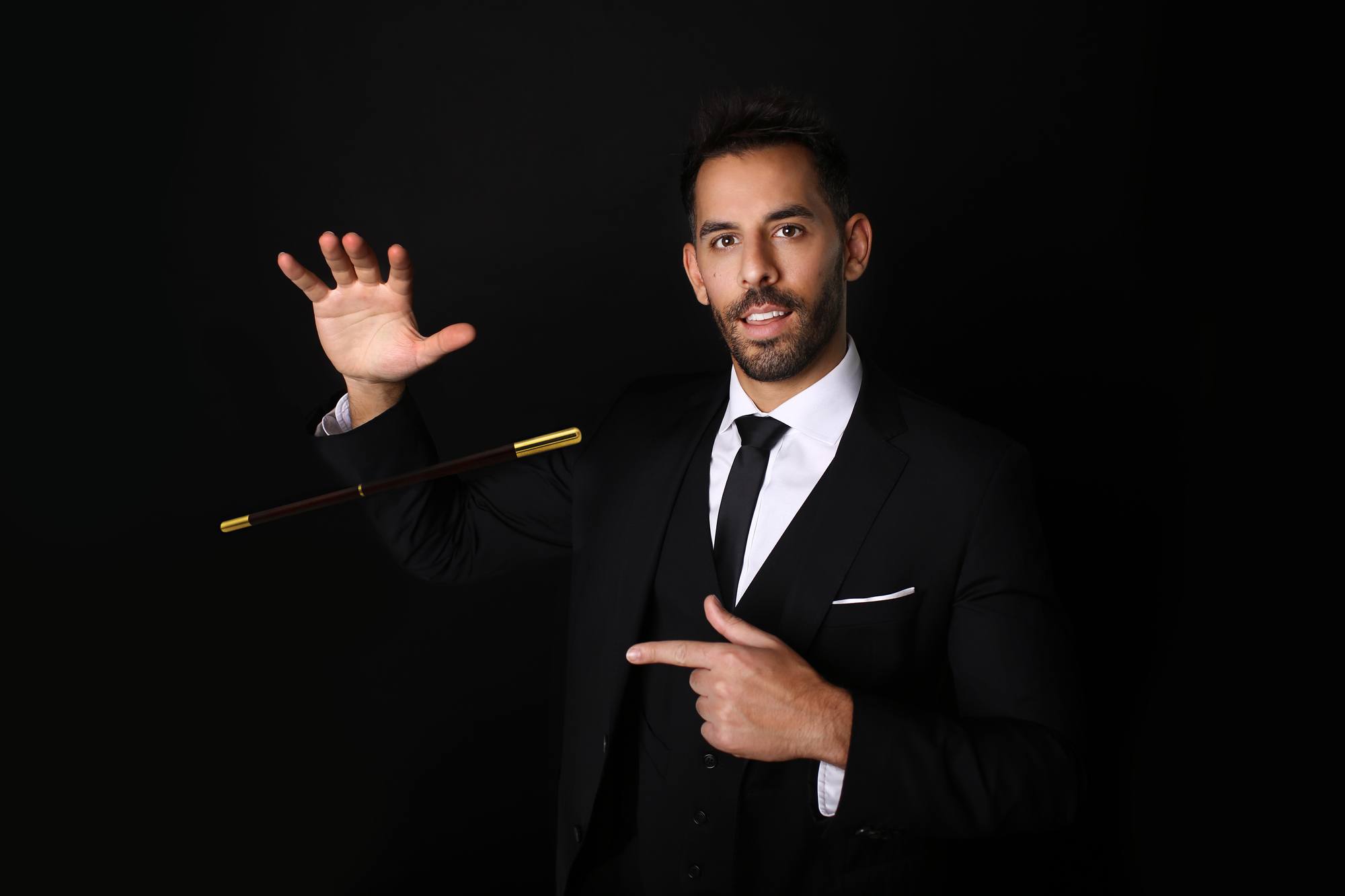 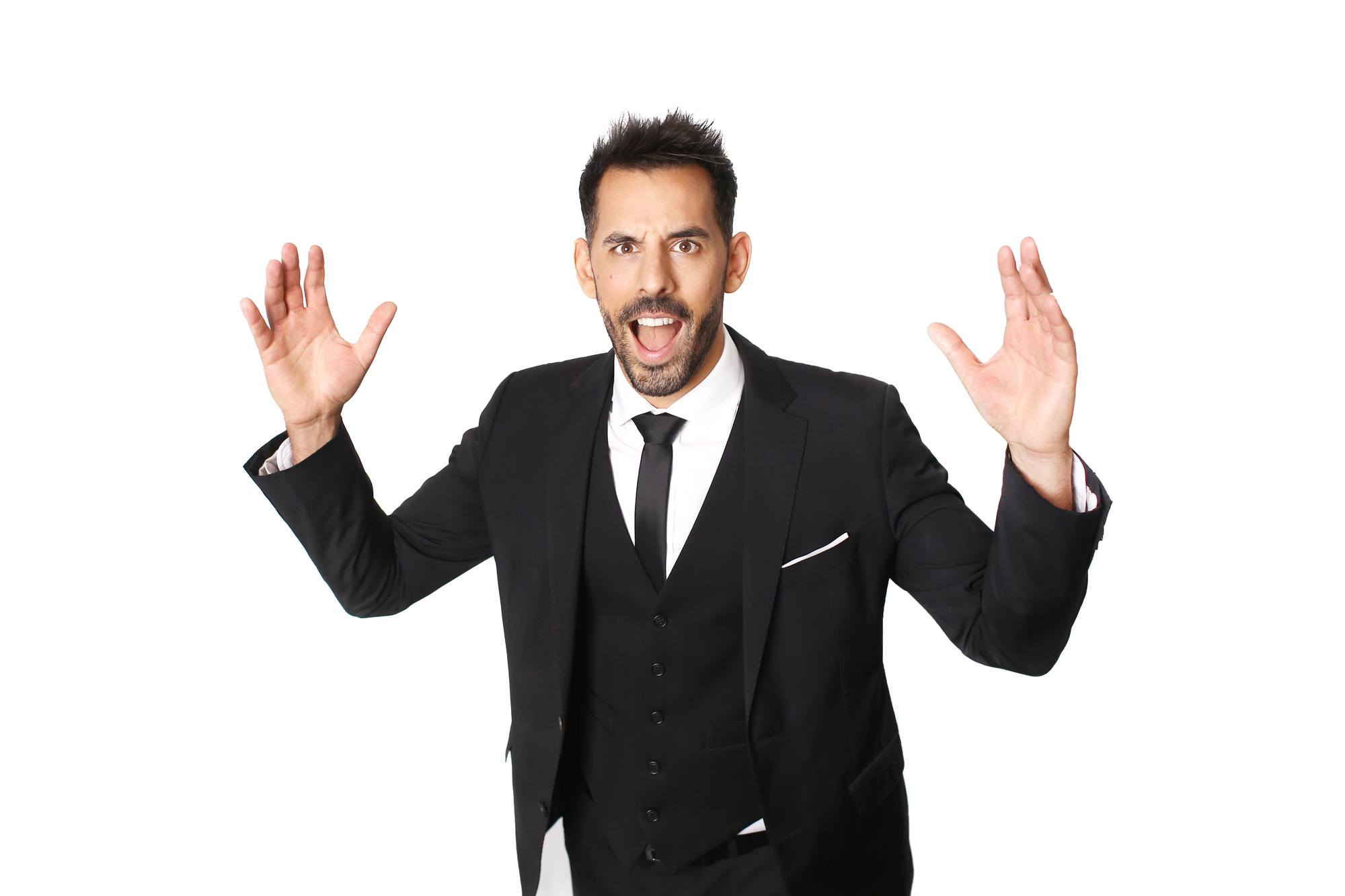 T Knight is one of the leading entertainers in the UK, with past clients including Microsoft, Mercedes, BP, Google & more. Tariq has performed his jaw-dropping tricks at some of the most prestigious venues around the world, entertaining famous faces such as the Beckhams, Roger Federer, Frank lampard and the Queen!

“He was absolutely perfect; a huge hit!”

He was absolutely perfect; a huge hit!

“Just a quick note of grateful thanks finding T Knight for us last Saturday. He was absolutely perfect; a huge hit (especially with the ladies) and performed some amazing close up. We would definitely use him again in a business capacity and would happily recommend him to others”

Many said he really was the best Magician they had ever had the privilege to see...

“Wow! T Knight was fantastic! We all loved his amazing tricks and he was charming-he totally ‘got’ the mood and many said he really was the best Magician they had ever had the privilege to see! Please pass on our thanks and I hope he enjoyed it as much as we did!?”

T Knight is the Rolls-Royce of magicians

“Simply the best! T Knight is the Rolls-Royce of magicians; he is exquisite, his magic is beautifully crafted and once you've experienced his performance, nothing can compare”

He was very entertaining

“T Knight was fabulous. He was very entertaining and everyone I spoke to was impressed by his magic. We'll certainly be using him again”

Funny, engaging entertaining and his magic was the best any of us had ever seen

“T Knight was great – a perfect fit. Funny, engaging entertaining and his magic was the best any of us had ever seen – and we’ve seen plenty! We’re re-booking him for our next event!”

Most Alive Network artists travel UK wide and internationally. Get a guide price instantly by clicking the 'get quote' button and entering your event date and location. Make an enquiry and we will liase directly with T Knight to confirm price, availability, and the provide you with a confirmed quote.

T Knight is the leading corporate entertainer in the UK, with past clients including Microsoft, PWC, Mercedes, BP, Google, JP Morgan and Deloitte, to name a few. He has performed at some of the most prestigious venues around the world, which has led him to entertain some recognised faces including the Beckhams and Prince Charles, to Frank Lampard and Roger Federer. Numerous celebrities have been witness to his jaw-dropping skill - T Knight has even been invited to perform at Buckingham Palace for the Queen!

Millions of people regularly tuned into to his many TV shows over the years, with his most notable series, The Sorcerer’s Apprentice for BBC 1, averaging 1.2 million viewers every episode for three series’. His charming personality, coupled with his passion for magic, has established him as a performer of outstanding repute among television audiences and corporate clients worldwide. He can provide you with jaw-dropping close-up and mind-reading magic, or you can witness his funny and entertaining two-man interactive stage act.

T Knight's performance is a mix of David Blaine's mind-blowing magic skills, Dynamo's cool and contemporary close-up tricks and Derren Brown's exceptional showmanship and mind-reading skills. If you require tailored magic for your next event, incorporating a specific prop or spread a message, he can create bespoke tricks that are sure to get your brand noticed.