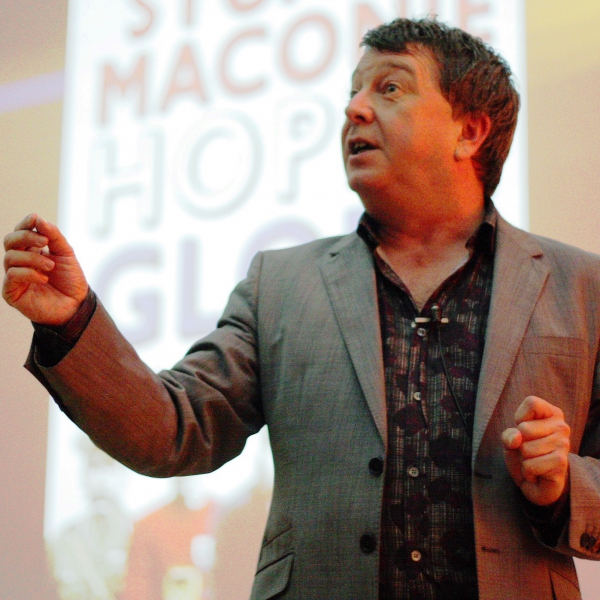 Stuart Maconie is a prolific, popular and highly-regarded television and radio presenter, journalist, columnist and best-selling author. Stuart presents a radio show on BBC 6 Music every weekday afternoon and is available for after dinner speeches and hosting award ceremonies.

Most Alive Network artists travel UK wide and internationally. Get a guide price instantly by clicking the 'get quote' button and entering your event date and location. Make an enquiry and we will liase directly with Stuart Maconie to confirm price, availability, and the provide you with a confirmed quote.

He has written a variety of books including the best-selling Pies and Prejudice, and its sort of sequel The Pie At Night, examining the modern North.

His latest project saw him retrace the Jarrow March, in real time to mark its 80th anniversary last year. The book of his walk, Jarrow, will come out on later this year.