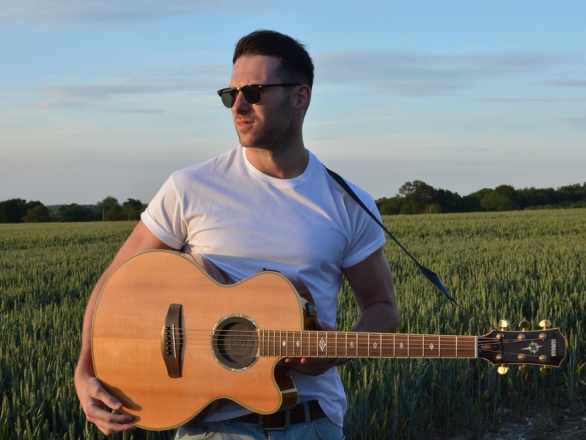 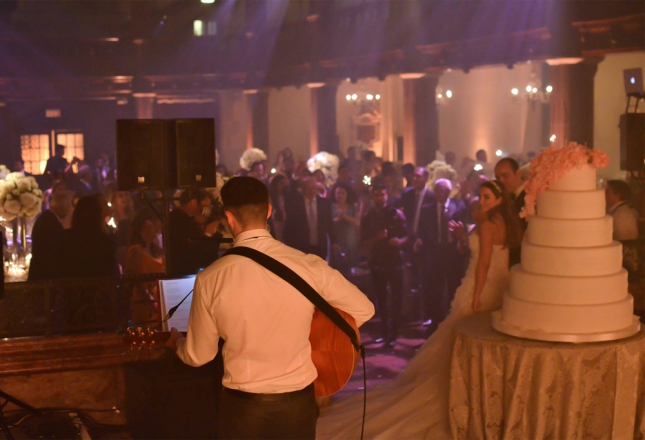 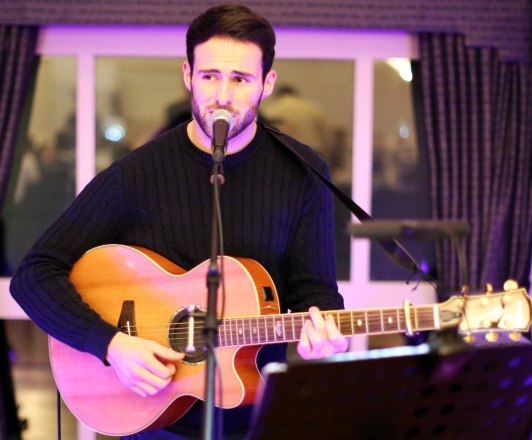 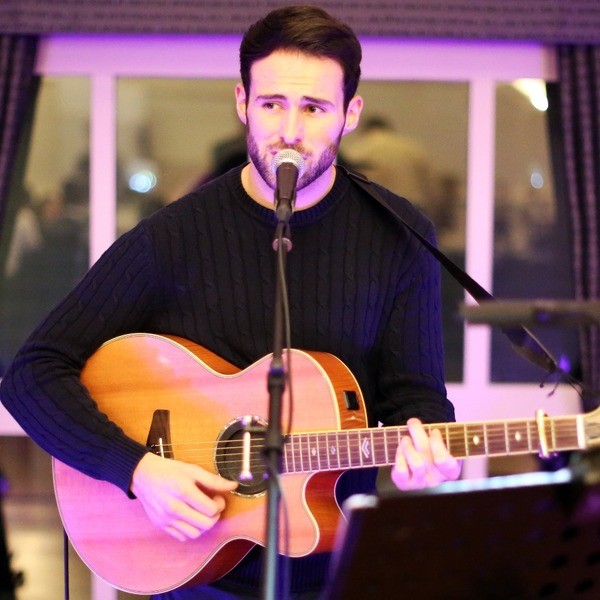 With over 4 million hits on Youtube, a member of Will.I.Am's team on hit TV show 'The Voice' & previous performances taking place at Wembley Arena, The NEC and numerous O2 Academy's, talented acoustic artist Stephen Cornwell is the real deal! With bags of talent, plus a cool & contemporary repertoire guaranteed to please, Stephen will bring amazing live music to your event!

Stephen Cornwell performing Walk The Moons Shut Up And Dance - Available from AliveNetwork.com

“We booked Stephen for our wedding day, he played whilst the guests arrived, the ceremony, and also the drinks reception. His voice is truly special, everyone thought it was a cd playing, they all commented on what an amazing singer he is! Thank you for creating the perfect ambience for our wedding! I would highly recommend Stephen for any occasion.”

“Thanks so much to Stephen for singing during ceremony and reception drinks, he also did extra on his first set as I was late coming down the aisle, we really appreciated that, walking down the aisle to him singing made that moment perfect. Highly recommend.”

Brilliant performance that everyone loved

“Stephen was brilliant. Amazing voice and very nice and genuine person. All the guests said how good he was and I would definitely recommend him to anyone who is interested in having him perform. He sang a range of different songs and nailed every one of them. We have used a recording of him from the day on our wedding video it was that good.”

Great singer and a great performance

“Stephen attended our wedding to sing during the evening reception and it was brilliant. The songs he sang were great, a couple of the songs were mixes which we really liked. He also learned and sang a song requested by the bride which made the wedding reception more personal and unique. Only downside is we didn't get a photo with Stephen on the night. We will definitely be booking again.”

Anyone thinking of booking Stephen for a wedding, I would say do it!

“Stephen sang/played during guests arriving, the ceremony and during the reception drinks. Stephen was amazing, very friendly, polite and professional. He was very helpful during the build up to the wedding answering my many questions and taking the time to learn a new song for me. Stephen has a great voice, and all my guests commented on how good he was. Anyone thinking of booking Stephen for a wedding, I would say do it!”

Most Alive Network artists travel UK wide and internationally. Get a guide price instantly by clicking the 'get quote' button and entering your event date and location. Make an enquiry and we will liase directly with Stephen Cornwell to confirm price, availability, and the provide you with a confirmed quote.

Highlights
* Talented Solo Acoustic Artist with over 4 million hits on Youtube!
* Cool and contemporary repertoire including music from Ed Sheeran, Sam Smith, Maroon 5, Bruno Mars, Pharrell, The Lumineers and more!
* Previous experience includes competing in hit TV talent show 'The Voice' as part of Will.I.Am's team, performing to crowds of 10,000 at the NEC in Birmingham as well as entertaining guests at numerous weddings and private parties.

Stephen Cornwell is a 24 year old independent acoustic artist based in Dartford, UK. Whilst he is most well known for his online Youtube cover videos, he has also performs at events all over the country and writes/produces his own music. Stephen intends to release his six song debut album late 2015.

A brief history reveals Stephen started singing at the very tender age of six, learned the guitar aged 20 and then the rest is history. Stephen uploaded his first Youtube video in 2011 and since then his videos, including covers, medleys, and mashups, have amassed over 4 million hits on Youtube alone, with each new release, contributing to his ever-expanding worldwide fanbase.

In 2013 Stephen entered the “OpenMic UK” 2013 singing competition where he placed 5th out of 10,000 entrants and performed live at the Birmingham NEC to over 5,000 spectators. In 2015 Stephen entered the “The Voice UK” where he performed in front of the four superstar coaches and managed to get Tom Jones and Will.I.am to turn their chairs. Stephen earned himself a place on Team Will and is looking forward to what lies ahead in his music career.

Stephen has 8+ years experience performing Gigs, Weddings, Parties, Pubs, Clubs, Corporate Events etc. His repertoire consists of modern chart music i.e. Top 40 (Pop, Rock, Dance, Acoustic). He also has his own sound engineer who attends every gig to ensure the highest quality of sound at each venue. Stephen has previously performed at venues such as; The Wembley Arena, The O2 Academy & The Birmingham NEC to name just a few.

Stephen has his own full PA system and Stage Lights which will cater for audiences up to 500 people.

What To Expect
Stephen will arrive at your function 2 hours prior to your required start time accompanied by his Sound Engineer and they will set up the PA System a Lighting (if required). Shortly after they will run a sound check to ensure the levels are suited to the room and clients requirements. Stephen's standard set times are as follows

If required, Stephen can have a short break in between sets for which backing music will be supplied and controlled by his Sound Engineer to ensure there are never any awkward silences at your function. Stephen plays over 100 weddings, corporate events, pubs & clubs per year and looks forward to playing at your function in the near future.