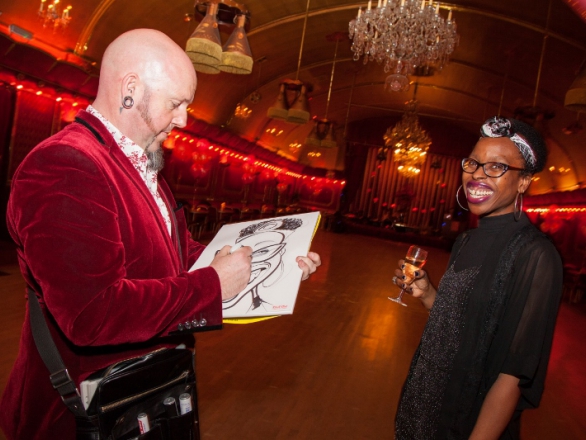 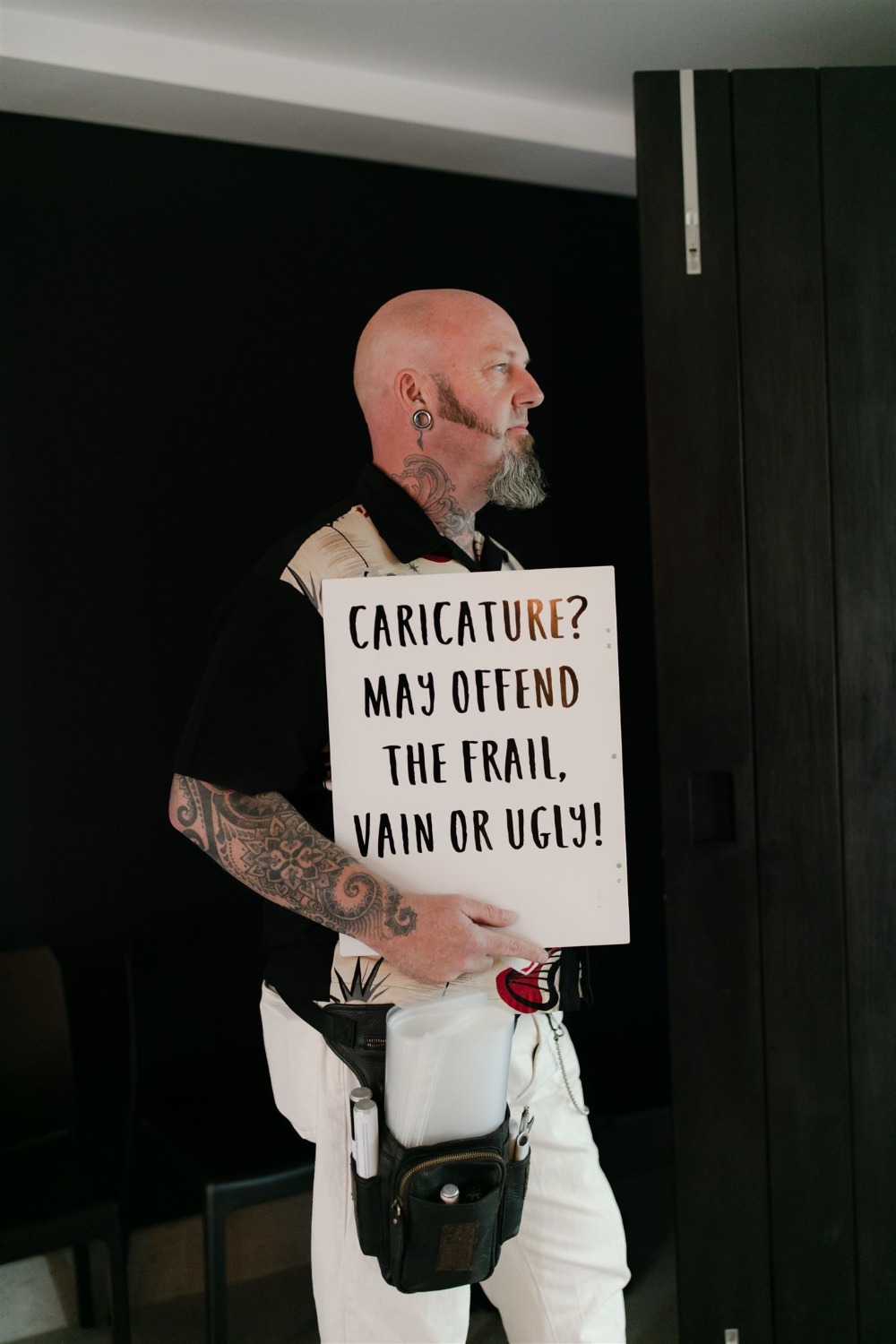 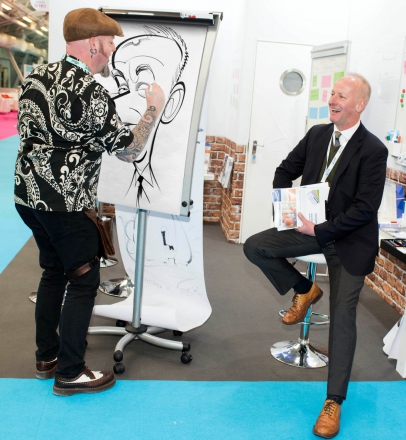 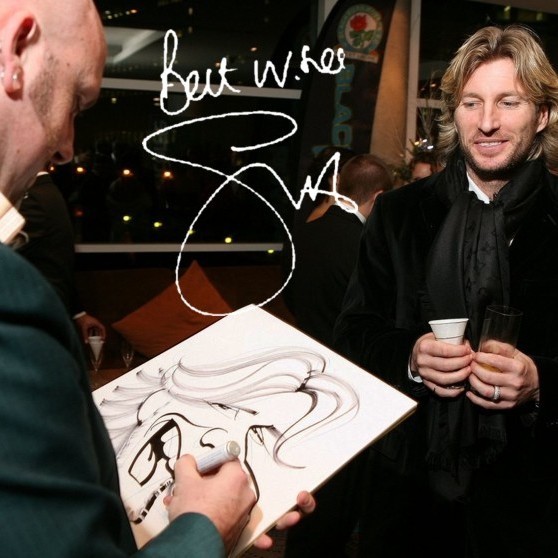 150,000 Instagram followers hail Spot On Caricatures as one of the world's best live caricaturists, fast and wickedly funny, he roasts your guests and leaves them in stitches!

“A great addition to our works party!”

A great addition to our works party!

“George is amazing at his craft. I would recommend him and you get your caricature to take home to share with your friends and family too :) Everyone loved their caricatures apart from a couple of people but as he mentioned you should not have one if you are easily offended!”

We were extremely happy!

“Graham was very efficient and professional from start to finish. Would definitely use again, we had a DJ Mark Allen and caricaturist George and they were able and beyond. We would highly recommend the artist and company and will be using again and again. Thank you Graham!”

“Spot On Caricatures was a massive highlight of our evening. George is a great guy, very friendly and made people laugh a lot on the evening. His drawings are scarily lifelike, he is brilliant! We hired George for a staff party and I would highly recommend if you are considering the same kind of event, he was a real hit!”

Spot On Caricatures was great, worked tirelessly and made everyone feel special.

“Spot On Caricatures was great, worked tirelessly and made everyone feel special. Lots of family and friends really enjoyed the experience. I know a few are going to consider using him at their parties. ”

Very entertaining and some of the caricatures were uncanny very happy with the s...

“Very entertaining and some of the caricatures were uncanny very happy with the service.”

Price from £414 + travel from Leicestershire

Most Alive Network artists travel UK wide and internationally. Get a guide price instantly by clicking the 'get quote' button and entering your event date and location. Make an enquiry and we will liase directly with Spot On Caricatures to confirm price, availability, and the provide you with a confirmed quote.

Spot On Caricatures is so outrageous, he's gone viral!
With over 150k followers on Instagram and viral videos (3m) on Youtube, he is now considered a world leader at live drawn caricatures. He's been guest speaker in Brighton, London, Eindhoven, Vienna and Bucharest, teaching the next generation of artists/entertainers.

Walkabout caricatures
George is a walkabout entertainer, proud of his skills and client list. George led the Samsung UK tour for the Olympic Flame celebrations in 2012, drawing with a team on Galaxy Note phones.  But his real love is showing off on A3 paper, to audiences at events worldwide!

Wedding caricatures
George entertains at over 60 weddings a year and has developed a fantastic reputation within the wedding industry and with venues, recommend him for your big day. He is a master of breaking the ice and charming your guests.

TV caricatures
George was first spotted on TV in 2000, drawing Truda on Vets in Practice. he then drew live on ITV Paul O'Grady Show and twice on Today with Des & Mel in 2005. George drew Tony Blair for BBC's Money Programme in 2007 and later made his first appearance on the BBC One Show, his second appearance was in 2009.  George was featured on ESPN, drawing Wigan for the 2013 FA Cup Final and in 2014 drew on Coach Trip (C4). George's latest TV splash was drawing live on Blue Peter in May 2016 (CBBC)! Since then he's drawn for Peston (ITV) during the Labour leadership contest.

After booking, speak directly with Spot On Caricatures.