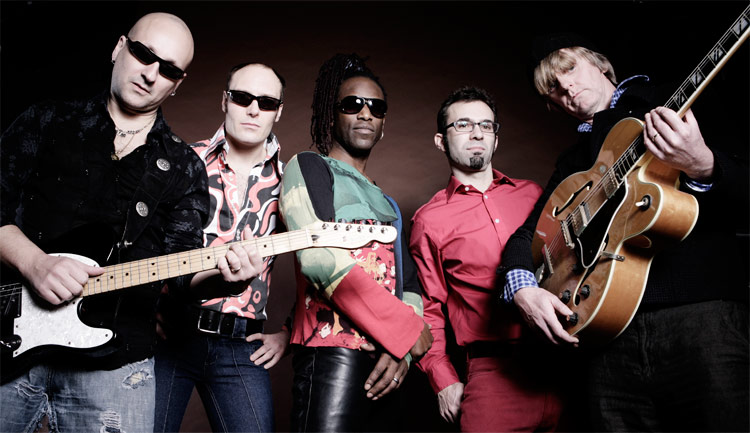 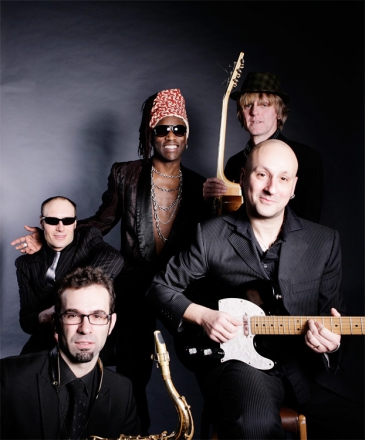 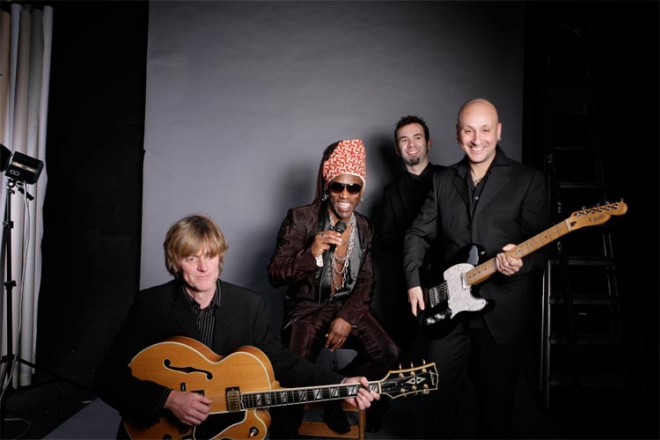 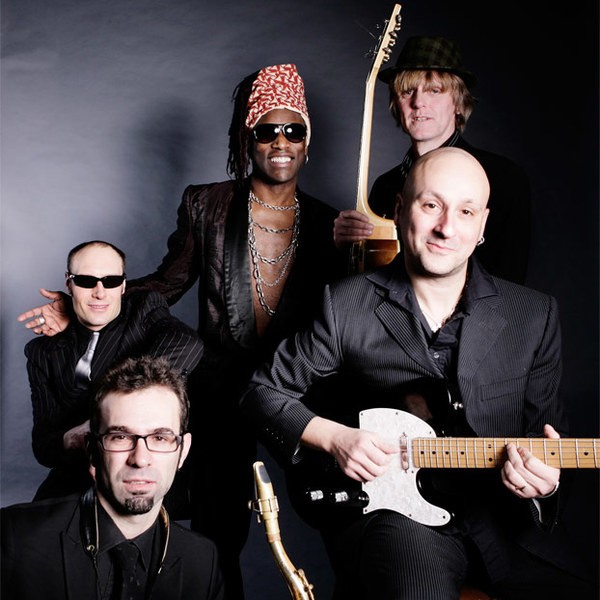 Sonic Machine are a 5-piece, male lead rock and pop band with a fantastic brass section available as an extra option. Performing perfect fun & up-tempo party music from the 1960’s to 2007, the band will ‘go sonic’ for all weddings and private parties!

“Great music and great performance. Everybody on the dance floor!”

Swing/Jazz/Easy Listening
Fly me to the moon
New York New York
I’ve got you under my skin
Come fly with me
The girl from Ipanema
Fever
Night and day
....and swing versions of pop and rock tunes

Great music and great performance. Everybody on the dance floor!

“Great music and great performance. Everybody on the dance floor! The band was friendly and enthusiastic. The crowd loved and young and old all got dancing. Definitely recommend the additional brass section and additional female vocalist.”

Just wanted to say a big thanks to you and the rest of the band for the fantasti...

“Just wanted to say a big thanks to you and the rest of the band for the fantastic performance you gave us on the 27th.  It surpassed all expectations – everyone was saying to us that the band were a real highlight of the day. The sight of my old relatives trying to comprehend Sexy MF will stay with me forever!   I will be recommending you far and wide but wanted to say thanks again.   ”

When I spoke to people on Monday about the ball, the main thing that kept on com...

“When I spoke to people on Monday about the ball, the main thing that kept on coming up was how great the band were. I think your lead singer has developed quite a fan club down here in Tidworth. It was a fantastic evening, and your band really provided great entertainment for us all.  Please pass on my best to the rest of the musicians. You really know how to make a party and play great music. I have already had people asking me for your details. All the best to you and your band. Many thanks Henry (Officers Mess Ball )”

We wanted to say a massive thank you for your wonderful performance at our weddi...

“We wanted to say a massive thank you for your wonderful performance at our wedding last weekend. The music and entertainment was perfect and kept us and our guests dancing all night long. You were great at involving everyone in the evening and making it a really warm and welcoming performance- exactly perfect for a wedding band. The conga line near the end was just the icing on the cake! We would not hesitate to recommend you, we could not have asked for anything better. ”

Thank you so much for giving us all a thoroughly entertaining night last saturda...

“Thank you so much for giving us all a thoroughly entertaining night last saturday, I am only sorry I never got a moment to come and chat to any of you.  Everyone loved you all and the dance floor was certainly packed all night! We really enjoyed the whole day and thank you for helping to make it such a great evening.   With best wishes Polly”

Price from £1,357 + travel from Cambridgeshire

Most Alive Network artists travel UK wide and internationally. Get a guide price instantly by clicking the 'get quote' button and entering your event date and location. Make an enquiry and we will liase directly with Sonic Machine to confirm price, availability, and the provide you with a confirmed quote.

Larger rig can be hired in at an additonal fee.

Strobe lighting which flashes to the beat, and coloured par cans.

Offering up-tempo party music from swing to funk, rock to house music, blues to Latin to grunge, Sonic Machine cater for a wide variety of musical tastes but always deliver when it comes to performing at your special event.

Sonic Machine's existing line-up has been together since 2002, but all band members have been playing numerous weddings, corporate events and private parties since 1999.

The band are all professional session players with credits and track records in other associated creative areas from film and television to theatre, remixing, games soundtracks, albums and more.

John Mc Kenzie - Bass
Has worked with the Eurythmics, Grateful Dead, David Bowie, Kajagoogoo, Bond, and just about every major UK pop act throughout the 80’s and 90’s.

Julian Burdock - -Guitar
Julian has toured extensively especially with a number of bands in Japan and has worked on several Blues Brothers shows as well as being session player for Guy Chambers of Robbie Williams fame.

Shaz - Vocals
One of the best live performers in the business Shaz has worked with Terence Trent d’Arby. Eddie Grant and many others in a glittering career

Mike Connolly - Drums
Mike is a first class young funk and jazz drummer who has recently been securing more session work due to his enormous talents.

Radhika - Female Vocals
Radhika is tipped for major success as a singer-songwriter having recently started guesting with the band and is a dynamic and fun young performer.

Heidi Vogel - Vocals
Currently touring with the Brand New Heavies and soon to be guesting with the Fatback Band, Heidi has one of the huskiest and most beautiful voices anywhere.

Andrew Mitchell - Vocals
Andy has been a session singer for over 10 years and has worked in theatre, on albums and live with likes of Barry Manilow, Paul Young, The Drifters, Damon Albarn and many more. One of the strongest voices in the country.

Henry Collins - Trumpet
A great jazz player and regular session player with Jools Holland and the Basie Band and many top pop acts.

Max Grunhard - Saxophone
Max on funky sax has recently had releases through a major dance label with much airplay on Radio One and is a sought-after session player in the jazz and pop worlds.

In addition, Sonic Machine have played at many weddings and private parties throughout the UK and overseas.