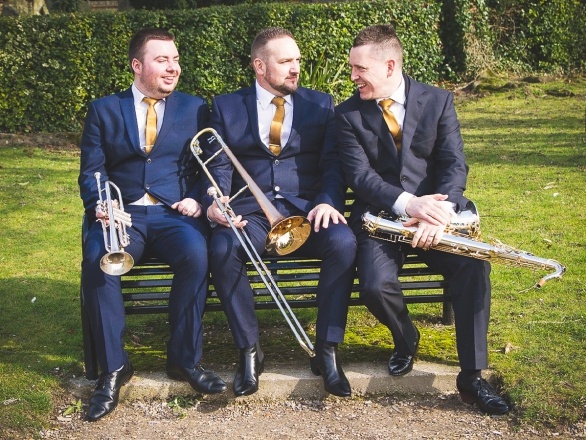 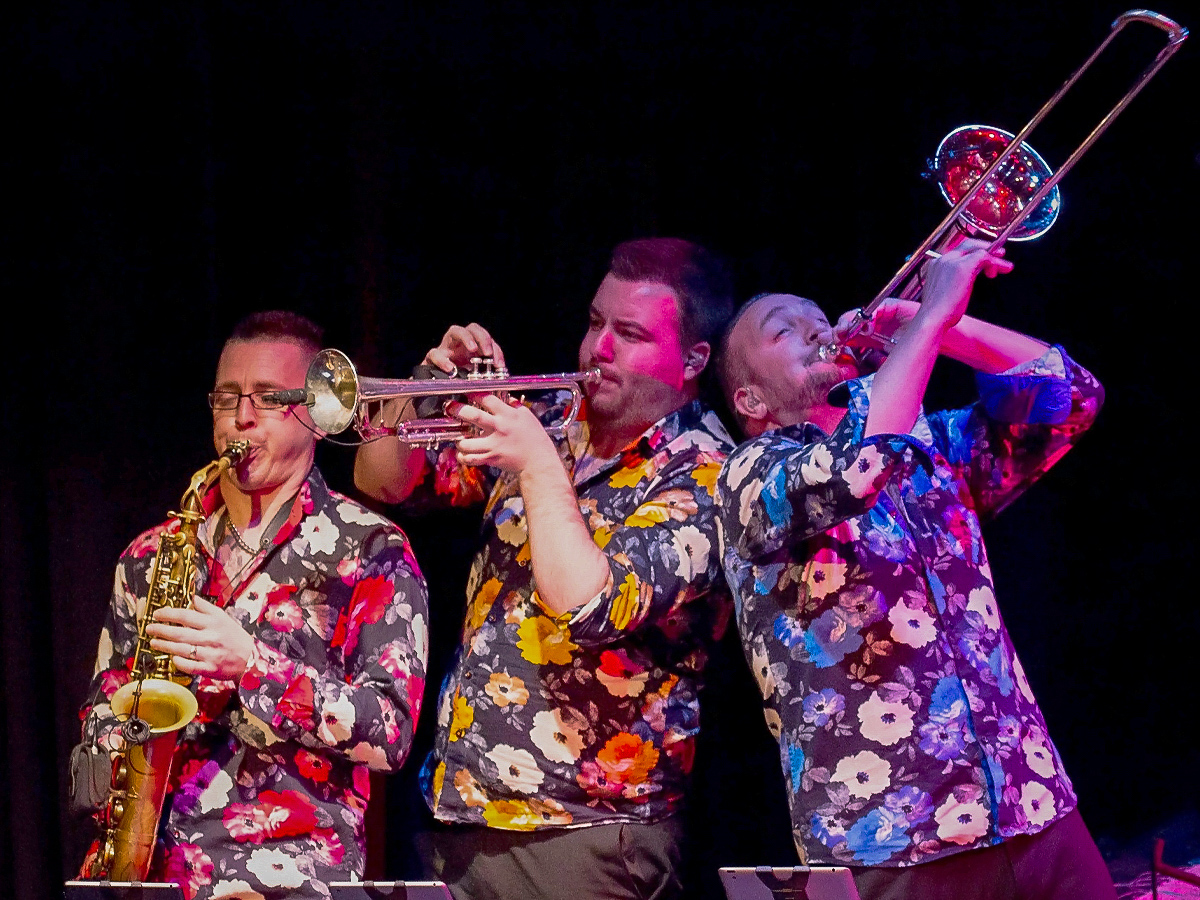 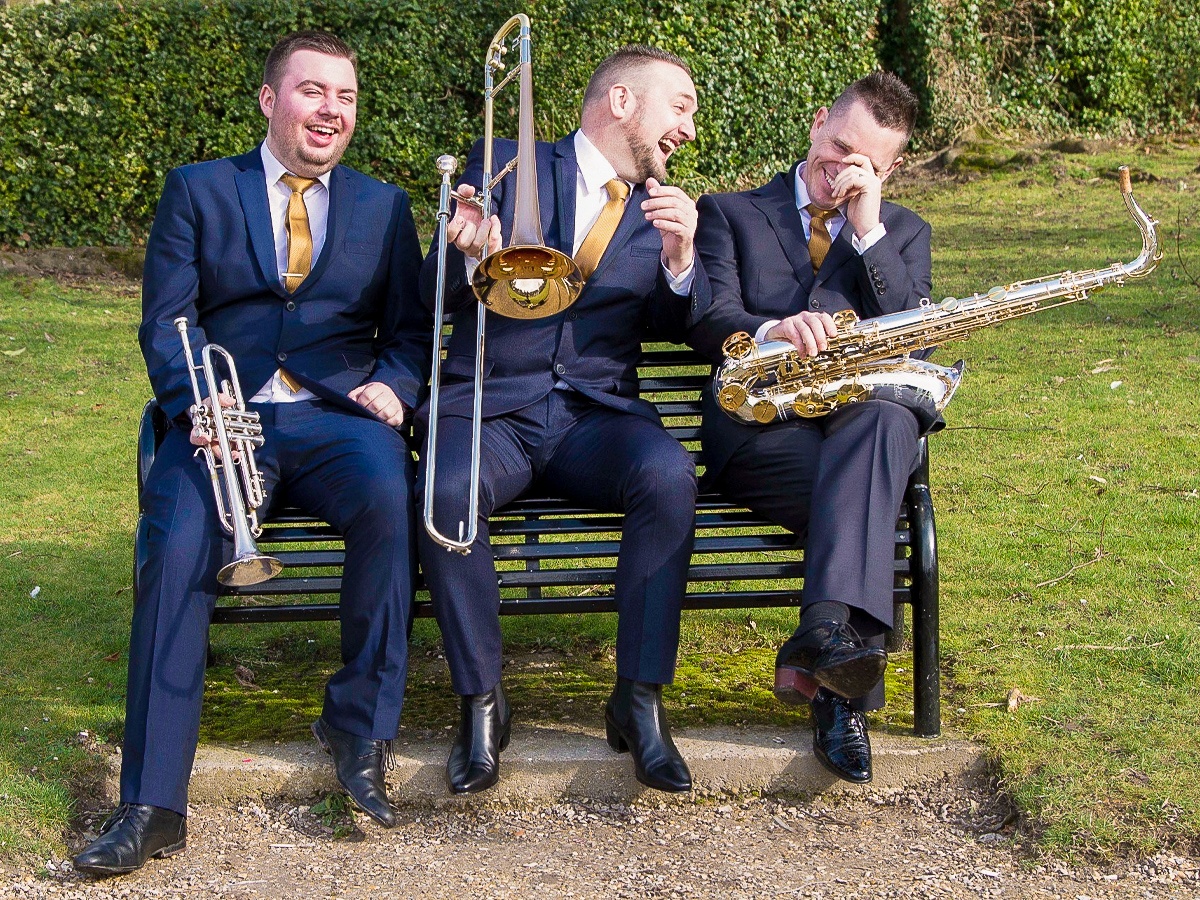 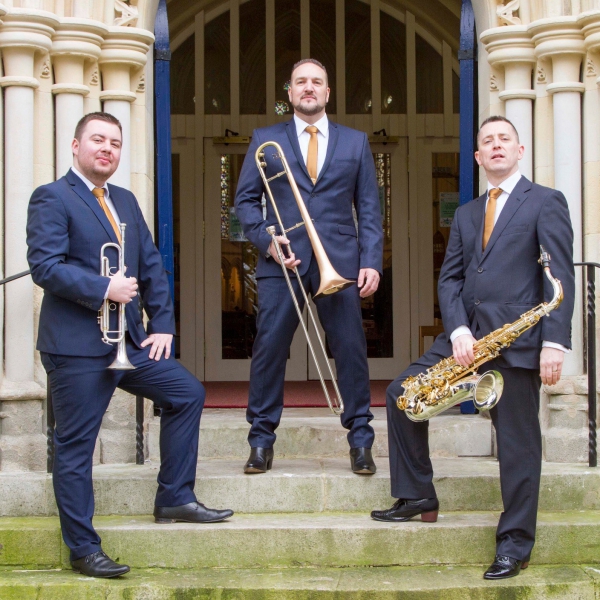 “These guys were a great addition to the evening”

These guys were a great addition to the evening

“The Smooth Horns were super musicians. They provided just the right selection of music for our event. We asked for more back-ground music to get the party in the swing and they certainly provided that for us. We would not hesitate to use them again at any future event. Thank you.”

“Would definitely recommend booking Smooth Horns, we booked the band for my Mums 60th birthday celebrations and they were fantastic! They also very kindly learnt one of my Mums favourite songs..super accommodating and friendly. They set the tone perfectly for the afternoon garden party. Thank you very much!”

What a fantastic trio.

“What a fantastic trio. Lovely chaps, professional communication, tight arrangements and funky sounds! What more could you ask for?!”

They sound and look world class.

“The Smooth Horns are the complete package. Top pro's with great attitude and ethics. They sound and look world class. In short, they are the ultimate cherry on the cake.”

The Smooth Horns are highly professional and extremely talented.

“The Smooth Horns are highly professional, extremely talented, musically gifted, affable and show focused…this particular project has been brought to the standard I dreamed of and has been helped and realised by a tight and polished horn section which is one of the key elements of what Phil Collins had and offers an additional visual focus.”

Price from £641 + travel from Hampshire

Most Alive Network artists travel UK wide and internationally. Get a guide price instantly by clicking the 'get quote' button and entering your event date and location. Make an enquiry and we will liase directly with Smooth Horns to confirm price, availability, and the provide you with a confirmed quote.

If you are looking for something a little different for you event, then look no further!

With a huge sound, Smooth Horns are a cool and contemporary brass ensemble consisting of Trombone, Saxophone, Trumpet and Flugel.

A focused group of musicians packed with punch and smooth soul, Smooth Horns perform medley's full of popular songs you and your guests will love. From James Bond to Bob Marley and more, there's something for everyone!

Smooth Horns pride themselves on creating an authentic sound with passion and sensitivity, showmanship, hard work and attention.

Your Event
Smooth Horn's live sets can be performed as 3 x 20 minutes or 2 x 30 minutes.

The group perform as a trio as standard, but a quartet with added Saxophone is available if you are looking for that fuller sound! Please see booking options for more details.

Meet the band
Tom Lark (Trombone)
Tom began honing his craft from an early age in local Big Bands in Somerset; he progressed onto the professional circuit playing Soul, Funk and Latin nationally to great acclaim.

Tom decided to follow his dream and study Band Musicianship at University College Salford as a ‘mature’ student, where along with a vast amount of performing experience in a wide array of bands and styles, a BA Hons, was gained.

Tom has gone onto perform across the UK, Europe and the U.S. with artists such as Yazz, Ray Lewis of The Drifters, Kula Shaker and Annie Whitehead to name just a handful, at prestigious venues including Glastonbury festival, The Mean Fiddler and The Stables.

Having been instrumental in forming Smooth Horns, along with Sam Adams (Saxes) and Chris Welch (Trumpet). Tom is now performing nationally with "Talon - Best of the Eagles" and "And Finally – Phil Collins". A secure, solid player with a ‘Phat sound’, Tom relishes playing in such a tight section for such talented and professional shows.

Sam Adams (Saxes)
Sam’s early passions were Hip Hop and Funk music but he fell in love with Jazz and the Alto Saxophone as soon as he heard the first few notes of a Charlie Parker Album. He built his early reputation in a West London band called The Guvnors (B.B. King mixed with The Blockheads , Parliament and Funkadelic) before embarking on a BA in Music (Jazz Studies), studying under and performing with members of the experimental jazz ensemble, ‘Loose Tubes’. Other credits include performing with 80’s pop sensation Yazz and U.K. Neo Soul legend Omar.

Sam is a qualified music teacher and lives in the South of England where he met Tom Lark (trombone), Chris Welch (trumpet) and formed Smooth Horns. Sam now tours the UK with "Talon - Best of the Eagles", "And Finally…Phil Collins" and is involved in many other performing and recording projects as a vocalist and Saxophonist.

Michael is involved in regular musical theatre dates (including Phantom of the Opera, Sister Act, Sweeney Todd and many more). Michael frequently plays in sessions with the London Musical Theatre Orchestra and in 2014 performed a new musical named "Riptide" at the Edinburgh Fringe, earning 5 star reviews.

Michael enjoys regularly playing with the dbhorns and has been involved with them on the And Finally Phil Collins show for the past 3 years.

Michael was a part of the And Finally Big Band touring the UK and Jersey. Michael also has a wide range of Orchestral and Wind Ensemble experience, ranging from Handel's Messiah, Verdi Requim to Lutoslawski Symphony no.4 and Mahler Symphony no.1. In 2011 Michael formed the band "A Hand Full of Jazz" which became a regular function group after winning 2 awards.

Michael has privately taught Trumpet and Piano for 4 years. He has conducted the Zephyr Wind Band in Rugby since September 2014 and Royal Spa Brass in Leamington since May 2015. In 2016 he wrote "Considerations of a Trumpet Player", a book linking the physics of the trumpet to playing the trumpet.