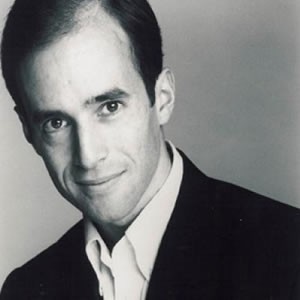 Sean has risen to the very top of the UK comedy scene and regularly headlines at Jongleurs and The Comedy Store where he is a leading member of The Cutting Edge.

He can turn out intelligent material with a speed that many other comics can onl...

Most Alive Network artists travel UK wide and internationally. Get a guide price instantly by clicking the 'get quote' button and entering your event date and location. Make an enquiry and we will liase directly with Sean Meo to confirm price, availability, and the provide you with a confirmed quote.

Sean Meo has been a stand up comic since 1989. Prior to that, he had been a full time snooker player and was a quarter finalist in the English Amateur Championships of 1987.

He has risen to the very top of the UK comedy scene and regularly headlines at Jongleurs and The Comedy Store where he is a leading member of The Cutting Edge.

Starting 1998 as Time Out Comic Of The Year, he appeared at the Kilkenny, Cork and Montreal Comedy Festivals and made his Edinburgh Festival debut in Catch 23.

As well as acting in a movie "Comic Act" for the first time, he starred in four television commercials for the Vauxhall Vectra SRI.