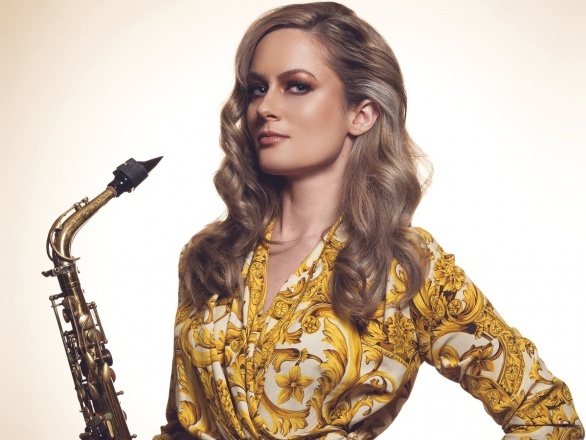 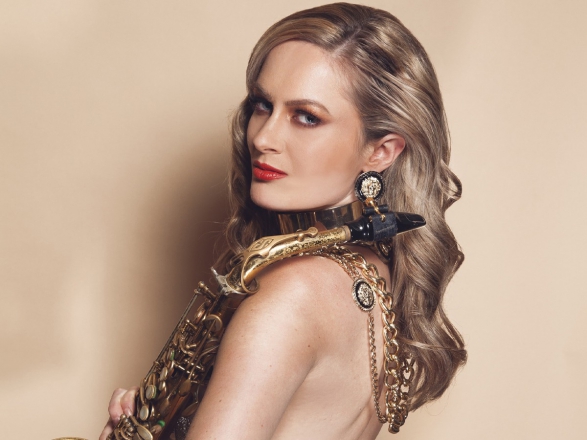 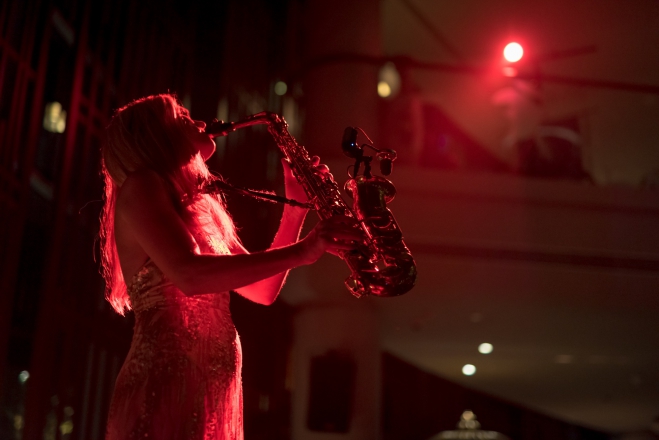 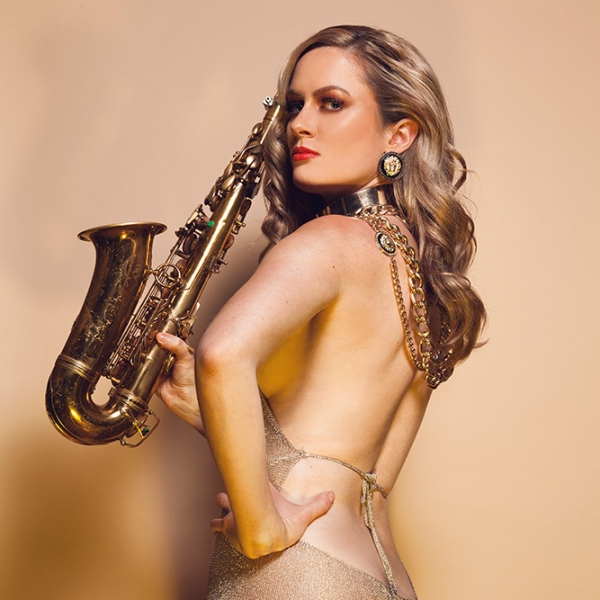 Performed at The RoundHouse Theatre, The 02, Cork Opera House in Ireland, Udaipur City Palace. Rose Sax is a talented saxophonist who can perform everything from Jazz standards to Club Classics and free style improvisation with live musicians.

Other remixes of pop/disco etc can be played, can cater to clients list for a freestyle set (pop/dance/chaty/disco/funk/Old R'n' B)

“Rose Sax did an amazing job at our wedding. She created a fantastic atmosphere at the reception and our only regret is that we didn’t book her for longer. She was prompt and helpful all throughout the process.”

“Abi did an amazing job at our wedding. She created a fantastic atmosphere at the reception and our only regret is that we didn’t book her for longer. She was prompt and helpful all throughout the process.”

“Rose was amazing and so talented and was a big part of making our day so special. Cannot recommend her enough. Great value for money and excellent communication before the event which put us at ease”

Most Alive Network artists travel UK wide and internationally. Get a guide price instantly by clicking the 'get quote' button and entering your event date and location. Make an enquiry and we will liase directly with Rose Sax to confirm price, availability, and the provide you with a confirmed quote.

Rose plays both the Alto and Tenor Saxophone, to compliment different genres and timbres of music. She performs on the legendary Mark VI Selmer saxophone for a truly beautiful vintage sound.

Rose began her career in school and university big bands, before progressing to more intimate jazz ensembles and used this jazz syllabus to professionally freestyle in various nightclubs and private members clubs; including, to name a few - Annabels - Mayfair, Gigalum and McQueen, Shoreditch. She has recently had the opportunity to play in stunning venues including The RoundHouse Theatre, The 02, Cork Opera House in Ireland, Udaipur City Palace in India. More intimate raucous settings include The Jazz Cafe, London alongside Heartbreakers punk artist Walter Lure and many London hotels for jazz repertoires including The Waldorf, Coya and Emirates Stadium. Rose has also played on recording sessions for original artists, sound clips and cover bands. She prides herself on high energy performances, adding a unique showmanship edge due to a decade of drama school training from early childhood. Her previous talents, of which she can still dabble in; include the flute, clarinet and keyboard.

International performance locations to name a few include, India, Monaco, Bahrain, Italy, Spain, Switzerland and France for events including The British Grand Prix, MPIM and The Monaco Yacht Show.

She can also be booked with a DJ, percussionist or pianist and able to make pre-made mixed DJ set lists herself on her own decks and mix live between sets, showcasing not only musician skills but a technical, professional showmanship edge. This talented and versatile musician is available to play as guest musician for jazz/funk and pop with an existing band or join an existing band as a horn backing player.