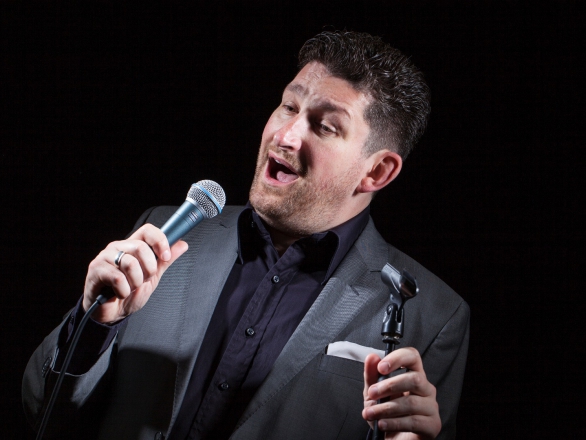 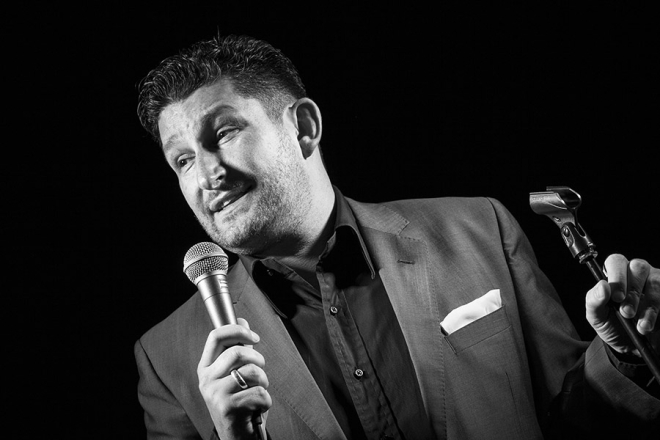 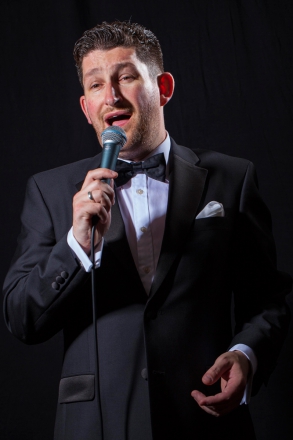 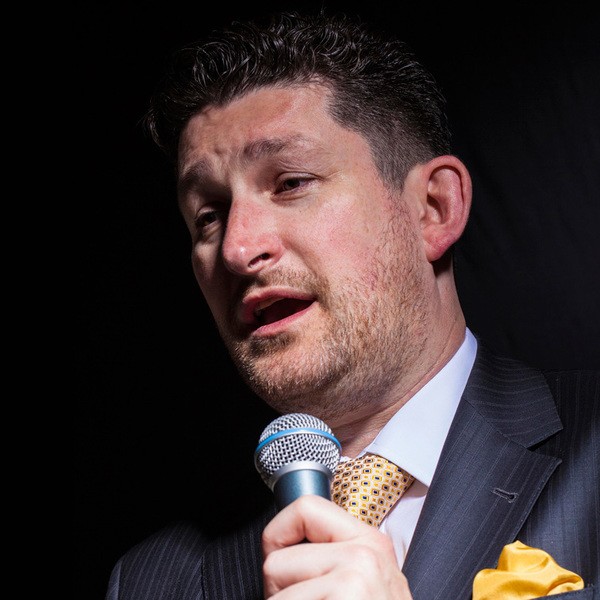 From romantic & intimate ballads to jazz & rat pack standards, Richard’s smooth & rich baritone voice will lend a touch of class & elegance to your special occasion. With a wealth of experience performing worldwide (from Austria to Oman) plus an extensive tried & tested repertoire & the option to book with a pianist or full live band, Richard is perfect for wedding breakfasts, cocktail parties & more!

Bobby Darin
Beyond The Sea
Mack The Knife

Frank Sinatra
All Of Me
All Or Nothing At All
All The Way
Anything Goes
Autumn In New York
Begin The Beguine
Bewitched, Bothered And Bewildered
Come Fly With Me
Come Rain Or Come Shine
Darn That Dream
Didn't We
Fools Rush In
Fly Me To The Moon
For Once In My Life
How Do You Keep The Music Playing
I'll Be Around
I'll Be Seeing You
I'll Never Smile Again
In The Wee Small Hours
It Happened In Monterey
It's Alright With Me
I've Got The World On A String
I've Got You Under My Skin
Let’s Fall In Love
Love And Marriage
Moonlight In Vermont
Moonlight Serenade
My Funny Valentine
My Way
My Baby Just Cares For Me
Nice And Easy
Night And Day
Pennies From Heaven
Secret Love
Send In The Clowns
Some Enchanted Evening
Strangers In The Night
Summer Wind
Swingin' Down The Lane
That's Life
The Best Is Yet To Come
The Girl From Ipanema
The Good Life
The Lady Is A Tramp
The Nearness Of You
The Second Time Around
The Song Is You
The Summer Wind
The Tender Trap
The Very Thought Of You
The Way You Look Tonight
Theme From New York
They Can't Take That Away From Me
Three Coins In The Fountain
We’ll Meet Again
What A Difference A Day Makes
What Now My Love
Yesterday
You Do Something To Me
You Make Me Feel So Young
Young At Heart

1940’s Swing
All The Things You Are
As Long As I Live
Be Careful It’s My Heart
Chatanooga Choo Choo
Cheek To Cheek
Come Rain Or Come Shine
Don't Sit Under The Apple Tree
Down With Love
Forty Second Street
Hooray For Love
I Had The Craziest Dream
I Only Have Eyes For You
Isn’t This A Lovely Day
It's Been A Long Long Time
I’ve Got A Right To Sing The Blues
I’ve Got The World On A String
I've Heard That Song Before
Jeepers Creepers
Let’s Do It
My Shining Hour
Serenade In Blue
Singing In The Rain
Steppin’ Out With My Baby
Stormy Weather
This Is Always
This Years Kisses
Top Hat, White Tie And Tails
You’ll Never Know
You Stepped Out Of A Dream

“Wow. What a great singer Richard Taylor is. He entertained at a party for my parent’s wedding anniversary and EVERYBODY loved him. Not only does he have a superb voice, but he is a professional through and through. Richard chatted easily with guests, paid attention and knew exactly who was who without being introduced and had everyone up and dancing by the end of the evening. If you want a great singer for your party, I highly recommend Richard.”

Amazing from start to finish!

“Richard was fantastic from the moment of booking onwards. He was readily available in the build up to the event to discuss the plans/ set list and was so helpful in advising us using his extensive experience. We received so many comments on the night about how talented Richard was, and he helped make our evening truly memorable. We would recommend Richard to everyone.”

“Wow - what can we say!!? Richard is unreal - helpful, professional and above all has a cracking array of songs and a top voice. We booked Richard to sing at our wedding at Harpers Restaurant on the 22nd December 2019 and he made our night! Singing during the meal and then getting everyone going afterwards - he went over and above what was expected so if you what singer that delivers then Richard is your man! We will certainly be using him again for any similar events and simply can’t recommend Richard high enough! Andy and Denise Newton”

Thank you so much for making the party extra special!

“Thank you for making my Nan’s 85th party extra special, she really enjoyed her day. I have had lots of comments from guests on how much they enjoyed your performance and how good they thought your voice was.”

Thank you so much for making the party extra special!

“Thank you for making my Nan’s 85th party extra special, she really enjoyed her day. I have had lots of comments from guests on how much they enjoyed your performance and how good they thought your voice was.”

Most Alive Network artists travel UK wide and internationally. Get a guide price instantly by clicking the 'get quote' button and entering your event date and location. Make an enquiry and we will liase directly with Richard Taylor to confirm price, availability, and the provide you with a confirmed quote.

Richard plus drums, bass and piano

Richard was born in Surrey and showed an interest in music from a very early age. Both of his parents were singers in local choirs and the Taylor household was always full of music of all genres. It was no surprise when Richard chose a career in music.

Although already a competent musician and natural singer, it was after seeing the famous “Three Tenors” concert during the 1990 World Cup, Richard felt singing was his calling, and he enrolled for classical voice training at The Blackheath Conservatoire in London. He had weekly lessons for the next 4 years, and it totally changed his voice and the musical direction he was heading in.

Even before vocal training, Richard was very comfortable and when singing in the style often referred to as saloon singing, lounge singing, or crooning. He loved to sing songs from that Golden Age of contemporary singing from the 1920’s to the 1960’s. Songs from “The Great American Songbook” and show tunes; composed by the songwriting luminaries including Cole Porter, Irving Berlin, Jerome Kern and Rogers and Hammerstein. Having classical training gave Richard's voice greater power, range and flexibility. He still has regular voice lessons to this day.

Richard has been influenced by many of the great swing and jazz singers, and cites Nat King Cole, Andy Williams, Vic Damone, Ella Fitzgerald, Sarah Vaughan, Al Bowlly, and of course, Frank Sinatra, but his favourites are without doubt, Matt Monro and Tony Bennett.

Richard’s smooth and rich baritone voice will lend a touch of class and elegance to many events and occasions. From romantic and intimate ballads such as “Hello Young Lovers” and “We Kiss in a Shadow” from the King and I, “Some Enchanted Evening” from South Pacific, “The Shadow of Your Smile” from The Sandpiper, and “Moon River” from Breakfast at Tiffany’s - perfect for wedding breakfasts’ and cocktail parties. To jazz standards including “Autumn Leaves”, “Misty”, & “Let There Be Love”. And swing greats including “Night and Day”, “Come Fly With Me” and “Let’s Face the Music and Dance”. Classic foot stompers that will get the party swinging.

He can also wow your guests and bestow an air of sophistication on your event by singing powerful operatic arias including “The Toreador’s Song” from Carmen and “Non piu andrai” from The Marriage of Figaro. You will find that Richard is one of the most versatile vocalists on the scene today.

To date Richard has performed all over the UK in some of the most prestigious venues in the country, including the Grosvenor, Hilton and Dorchester hotels on Park Lane, The London Hippodrome, Blenheim Palace, Hampton Court Palace, and Drumtochty Castle in Aberdeen. He has also performed in Ireland, France, Germany, Austria, Italy, Cyprus, Crete, the Czech Republic, and further afield in Dubai, Abu Dhabi, and Muscat in Oman.