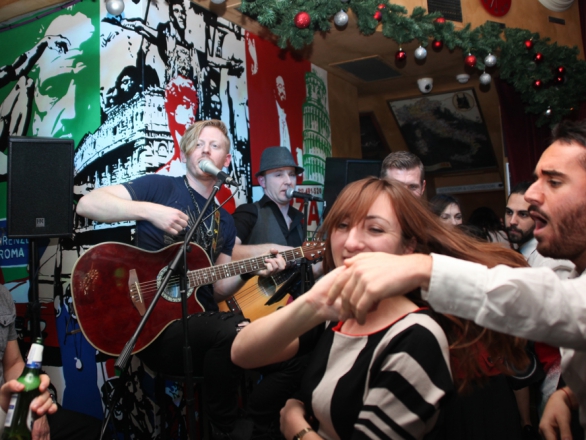 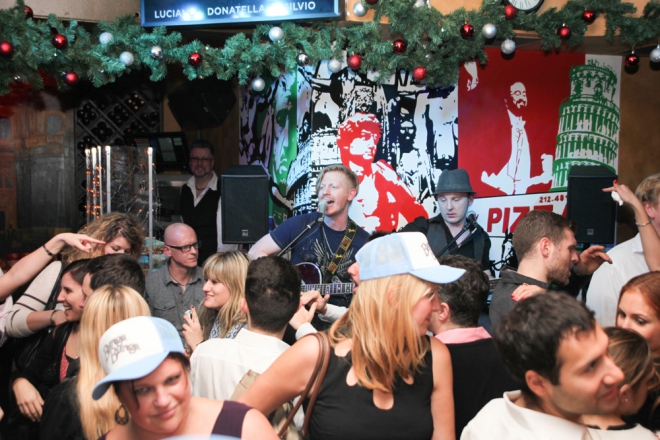 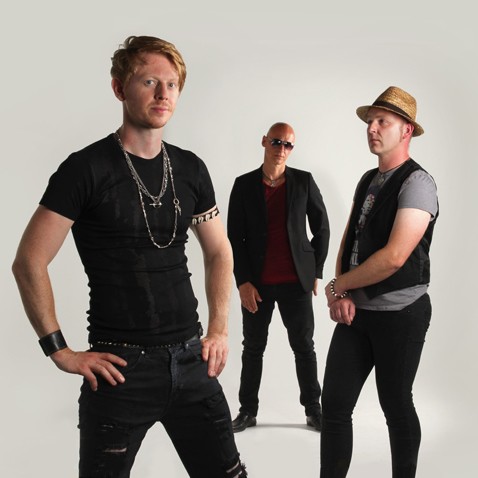 Contemporary covers trio Resident Heroes offer a truly versatile performance. Tackling a unique and appealing selection of indie-rock, pop & hip-hop hits from the early 90's to today, they can strip down to the bare basics for a laid-back acoustic session, or plug-in and amp-up to bring your party to a rousing climax.

“Fantastic performance, they put on a cracking show for a university event. Got lots of good comments about them and the music choices were great.”

Absolutely made our evening reception

“We really cannot rave about Resident Heroes enough, they were absolutely fantastic. We picked them because of their fantastic set list and previous excellent reviews. We loved the mix of songs they played and the dance floor was full all night. They are also absolutely lovely! Having a band was one of our ‘musts’ for the wedding and we couldn’t be more pleased with our choice.”

“Matt and Resident Heroes were fantastic. They played a set list that had everyone dancing from 7 to 70 years old all night, and read the crowd really well. We wouldn't hesitate to recommend them!”

Matt and the band were fantastic.

“Very professional bunch of lads. Matt was a thorough professional and when they performed they had our wedding rocking. If you want a quality band for an event then look no further than these lads Top class and everyone at my wedding came over to tell us how much of a good time they had.”

“Matt from Resident Heroes were in touch way before our wedding date and liaised with us about our song choices, first dance, and preferences for the set. On the day our guests absolutely loved the band and also the crowd participation for Wheatus - Teenage Dirtbag. Our friend is engaged and I know he definitely asked them for a card as they made such a good impression!”

Most Alive Network artists travel UK wide and internationally. Get a guide price instantly by clicking the 'get quote' button and entering your event date and location. Make an enquiry and we will liase directly with Resident Heroes to confirm price, availability, and the provide you with a confirmed quote.

includes access to a virtually limitless selection of songs (location/wifi dependent). Send your specifications in advance, and we will design a playlist for you, man the decks for song requests, make announcements and ensure your party goes with a bang from start to finish

If it’s not already in our repertoire, name your song, first dance or otherwise, and we will deliver our unique rendition free of charge. (We do slowies!)

For all subsequent songs not currently on our playlist

For all subsequent songs not currently on our playlist

Our 1KW rig is ideal for up to 200 guests. If you're planning a much larger event, upgrade to an 8KW PA complete with stage lights & sound engineer

Add a female vocalist/guitarist to Resident Heroes line up.

If the event from arrival to finish time will more than 7 hours (eg 5pm to midnight), please allow an small surcharge per additional hour

Why Us?
Many acts offer blistering performances of the choicest cuts in contemporary music, tailored to your tastes and needs. Many acts are experienced, versatile professionals- able to mellow the mood… or rock the joint. Many acts comprise exquisite instrumentalists, with years of dedication to their sound and performance. And many acts are genuinely lovely individuals, putting your mind at ease from the moment you book, to the moment your event wraps up.

Resident Heroes are all these things. But when three musicians spend over a decade on the road together – performing for audiences from 20 to 20,000, honing their act, exploring every nuance of their show night after night and developing their parts instinctively so they breathe as one unit – what happens is something else: Intuition. Symbiosis. Power.

Simply put, Resident Heroes will blow your socks off.

What Type of Music?
We specialise in the best tunes of the last 30 years. Stripped down, funked up, and brought to life by two fantastic frontmen, hot guitars and bass, tasty rhythms and tight harmonies. Taken as an unplugged Acoustic Trio, or an amped-up three-piece Rock Band, we deliver extraordinary renditions from the genres of Indie-Rock, Pop, Rap & Hip-hop, plus a few golden oldies thrown in to boot.

All killer and no filler. From the cool and eclectic, to the downright epic. And always tasteful… we like to leave the cheese course to the caterers.

Browse our song list and give us your requirements. We also learn requests.

We’ve Got History
Since 2005 the three bandmates have toured together as the powerhouse rhythm section behind several top UK tribute artists, bringing their recorded music to an extraordinary level of live showmanship. Diversifying into their own powerful covers act, and with Matthew & Robin at the helm, the band have continued entertaining audiences from rock clubs to holiday parks, theatres to cruise ships, weddings and corporate functions to huge music festivals in the UK, Canada, France, Germany, The Netherlands, Luxembourg, Finland, Portugal & Poland. Our long list of previous clients includes global giants Versace, Microsoft, HSBC and Virgin, cruise lines Royal Caribbean and P&O, and hotel chains such as Intercontinental, Marriott and The Four Seasons. Since 2013 Resident Heroes have been regular favourites at London’s trendy Bunga Bunga pizzeria & bar.

Meet the Band…
For over 30 years drummer and percussionist Dave Williams has travelled all over the world backing an esteemed list of amazing artists. Dave's extensive knowledge of styles stretches from rock, pop and soul to Latin, jazz and World Music – making him an exceptional mentor. Dave is the Manager and Musical Director of the internationally acclaimed American Divas live show, and his recording work includes sessions for industry leaders Sony Music.

Multi-instrumentalist and producer Robin Firth has clocked up over 20 years in the industry as a bass player and vocalist, later adding keyboards, guitar and a plethra of oddities to his musical armoury. In the early 2000s he achieved notoriety fronting original bands Dummy Head Stereo & Yamaguchi, and performed live as Stumpy Ovation - later touring with Super Furry Animals and The Levellers. Robin writes music for TV, films & games, while recording and producing emerging artists at his own studio.

Matthew Anthony is a highly accomplished vocalist and guitarist. After graduating in Popular & World Musics at Leeds University, Matthew started out in the entertainment industry in 2004 with P&O cruises, continuing to tour the world with globally-renowned productions Vogue Madonna and Typically Tina, as well as theatre and arena tours Faith: The George Michael Experience, Into The Groove, Lost In Music and Fastlove World Tour. Also represented by Alive Network, Matthew runs his own successful solo show, working for corporate clients O2, Boots, British Gas & Tui Sensatori.

On the Subs Bench...
Resident Heroes work primarily as a fixed unit of three, however occasional circumstances have required us to draw from an outstanding cohort of close colleagues to complete our strong line-up. In the case of unavailability, we will always try to notify the client before booking: notable exceptions including the unpredictable era of Covid, and in one instance, a broken leg! Rest assured, our quality "Deps" have hitherto never let our clients down. Working alongside us for over 15 years, Frontgirl Tara Simms (guitar & vocal) owns the rock, acoustic, lead vocal (and harmony) brief like no other. Drummer Chris Prendergast is the exemplar session pro, having recorded and toured extensively with The Kooks and Alex Clare among countless others. Lloyd Daker is a seasoned drummer and performance lecturer, working with us regularly in Typically Tina: The World Tour. And on bass, vocals and sound duties we have been blessed to work with acclaimed producer and composer James Myhill, as well as the exceptionally versatile Jon Ford of Moretallica.