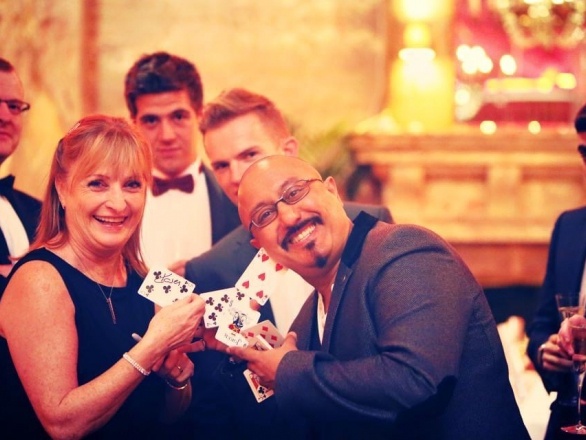 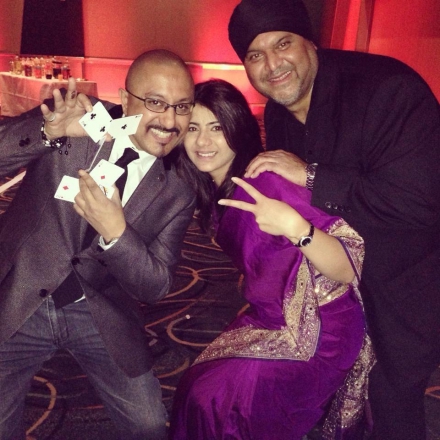 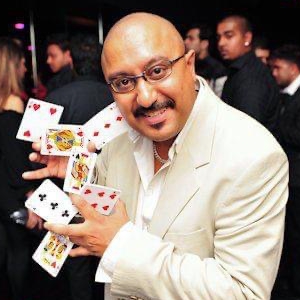 Performing his own unique style of mesmerizing magic, British born, Canadian raised he will provide limitless, mind-blowing, pickpocket tricks and even incorporating hypnosis, his show is guaranteed astound any audience!

Price from £385 + travel based on 1 person performing 2x60minutes

“Thank you for your magic.”

“Ravi is an excellent Trainer and very clear in his methods”

“I love the way Ravi thinks!”

Based on 1 person performing 2x60minutes

Most Alive Network artists travel UK wide and internationally. Get a guide price instantly by clicking the 'get quote' button and entering your event date and location. Make an enquiry and we will liase directly with RM The Walkaround Pickpocket Hypnotist Magician to confirm price, availability, and the provide you with a confirmed quote.

British born, Canadian raised, *hypnotist, pickpocket magician, now permanently living in the UK, has performed to an array of people across three different continents for over 45 nationalities. Words really can't describe how he pulls off his astonishing walkaround performances, you won’t believe what you’re seeing!

Even having worked with some of the greatest industry professionals all over the world, his creative thoughts and consultancy are not only asked for, but sought out by many up-and-coming and established professionals, from magic TV shows, movies, social media influencers and documentaries.

It's not only professionals that respect and enjoy his brand, he has performed for some of the biggest celebrities, including Danny Dyer and Alesha Dixon. TV appearences include a TED Talk for Serene Meadows.

His limitless skills will engage any and all guests, leaving them amazed every time.

*What is Conversational Hypnosis?

It is a display of influence and unconscious control that can be applied in any setting and be accomplished in a few seconds to a couple of minutes.

RM The Walkabout Pickpocket,Hypnotist Pickpocket has developed this extraordinarily impressive talent to the point where he can direct a person's perception of reality by locking their mind around his suggestions. He has curved his talent not to fall out of the confines of his professional integrity.

100% of people that booked RM The Walkaround, Pickpocket, Hypnotist Magician would recommend Alive Network to their friends