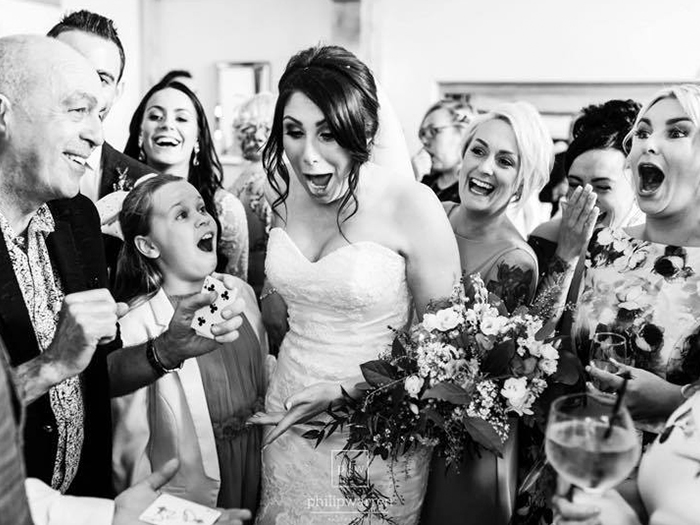 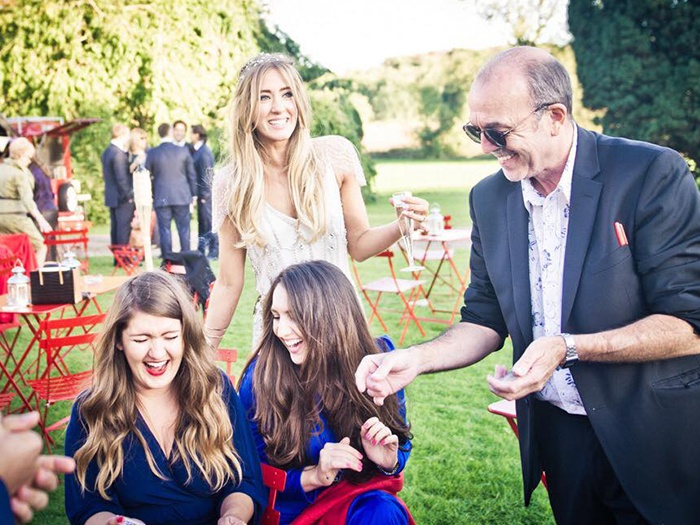 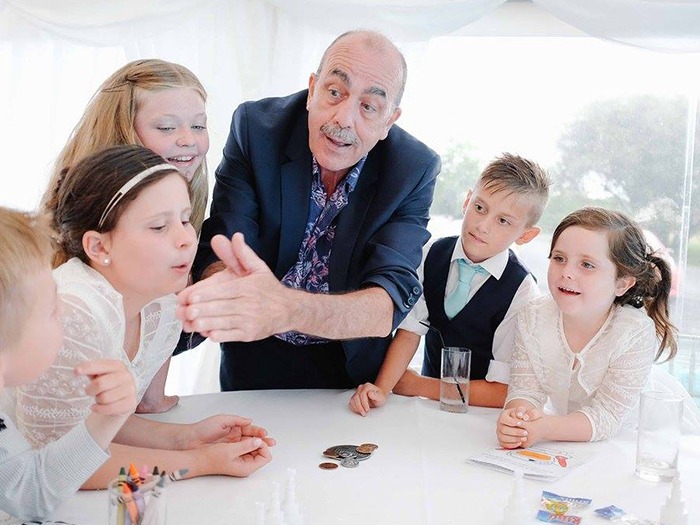 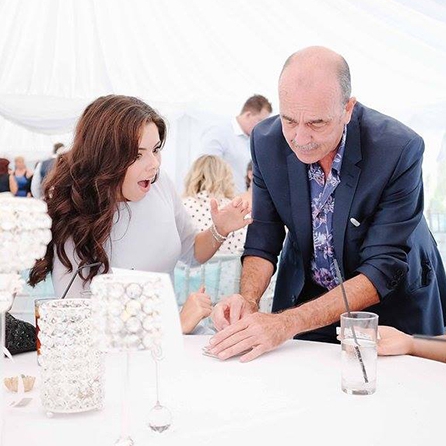 Phil Jay, named as the No1 close up magician in the UK by The Stage Newspaper, has performed at over 6500 shows Worldwide, including eighteen Royal performances. Available to mesmerise your guests at your next event, book early to avoid disappointment. ...

Price from £761 + travel from Swansea

Most Alive Network artists travel UK wide and internationally. Get a guide price instantly by clicking the 'get quote' button and entering your event date and location. Make an enquiry and we will liase directly with Phil Jay to confirm price, availability, and the provide you with a confirmed quote.

Phil Jay is a full-time professional, close-up magician. He does not just show tricks he performs original close-up magic in his own unique style. It is this that has brought him unparalleled success. Phil has been booked by private and corporate clients to work Internationally alongside performers such as; Whitney Houston, Enrique Englesias, Sir Elton John, Stevie Wonder, Status Quo, Sir Cliff Richard, and a variety of top performers from around the world.

Besides working extensively throughout the UK, Phil Jay has been flown to Australia, America, Cuba, Monte Carlo, Switzerland, Italy, Spain, and Holland etc. by Private and Corporate clients to perform his magic at Functions, Trade Shows, and Gala Dinners.

Quotes from Clients and Organisations
“The Queen enjoyed herself immensely which was proved by her not leaving until after midnight. Your enormous talent contributed immensely to the success of the evening”. Lady Elizabeth Anson

“Today I have been bombarded with congratulatory letters and notes. They all mention you and how impressed and entertained everyone was with your act. Thank you once again for the superb performance, which can only be described as ‘fantastic’. You really made the difference between a pleasant evening and a night to remember”. Anne Stevens Finance Group Resource Manager IBM.

“The magic was fantastic - no-one could believe what was happening on the night, and no-one could stop talking about it for days afterwards!” Ruth Kirkman, Marketing & Communications Manager BT.

“In Close Up Magic Phil Jay heads the list of the top dozen in the country. He is not only highly skilful, but is the epitome of a top-class performer and an example to any aspiring magician wishing to enter this market”. The Stage And Television Today.

“On the way out of the theatre after your show’s the comments were all extremely positive and full of praise for both your showmanship and your presentation. You exuded so much energy and fun into your work that I was extremely proud to have you working in The Magic Castle. I will be more than happy to see you back amongst your many fans soon again”. Billy McComb, Vice President of The Magic Castle” Academy of Magical Arts, Hollywood California USA

Phil produced stunning close up magic that amazed myself and my guests....

“Phil produced stunning close up magic that amazed myself and my guests.”

Phil was an amazing act, totally worth the money and I would recommend him to an...

“Phil was an amazing act, totally worth the money and I would recommend him to anyone. Our guests were stunned by his act and are still all talking about him now! ”

Thank you very much for your assistance at the IT exhibition. I think everyone ...

“Thank you very much for your assistance at the IT exhibition. I think everyone would agree that the Hyder stand attracted the greatest crowds thanks to your performance. We're looking forward to working with you again at Harrogate and at our open day in the summer. Corrine Cassidy - Sales and Marketing Manager - HYDER ”

Thank you for all the hard work and effort you put in to the Angling exhibition ...

“Thank you for all the hard work and effort you put in to the Angling exhibition at Birmingham NEC. You made quite an impact at the show and I am still receiving a great many favourable comments from the dealers and members of the media alike. The performance you provided was both innovative and refreshing. The perfect combination of sales and entertainment and can only be described in one way, shear magic. I look forward to working with you in the near future. Craig Brew, Assistant Marketing Manager, SHIMANO”

Please may I take this opportunity to thank you for the excellent contribution t...

“Please may I take this opportunity to thank you for the excellent contribution to our stand at the CIPFA conference. Your magical talents once again proved to be a great attraction to the delegates, and gave myself and my colleagues an ideal opportunity to develop old and new relationships. On behalf of myself and my colleagues I would wish you continued success in your career, and look forward to working together again in the not too distant future. Sean McManus Corporate Banking Manager, H.S.B.C”