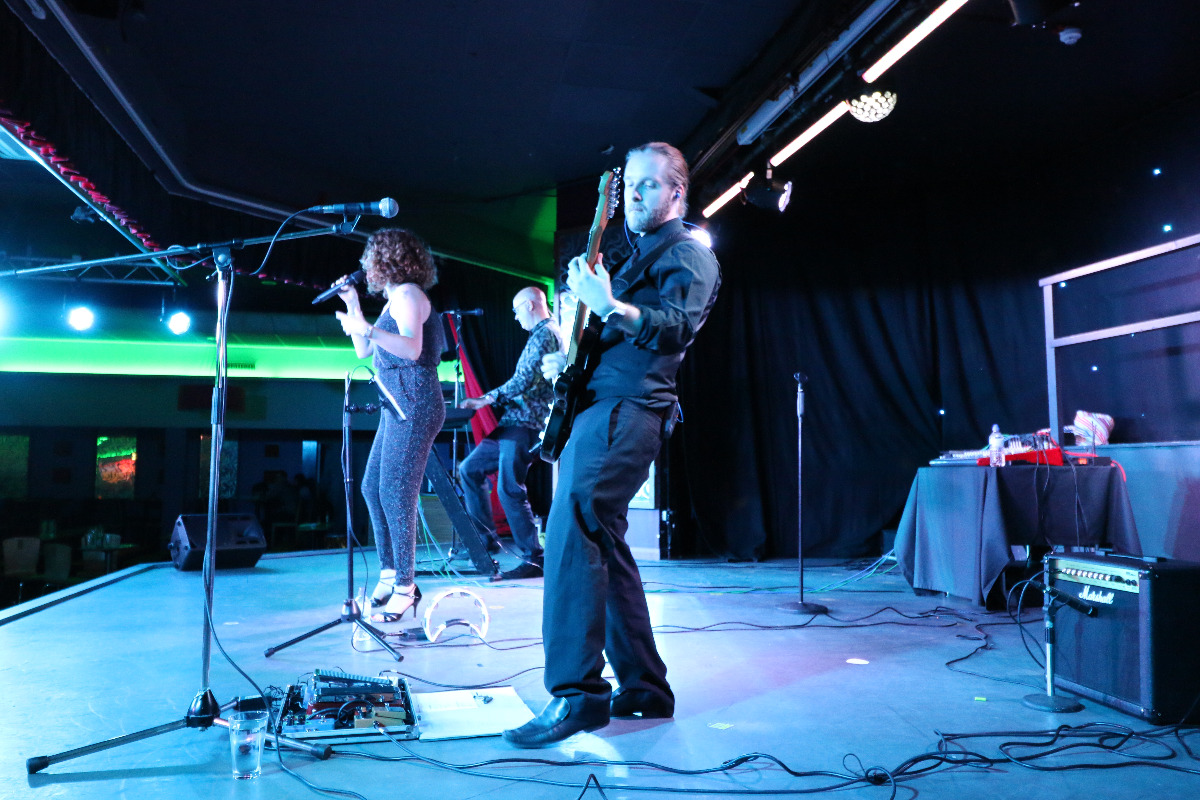 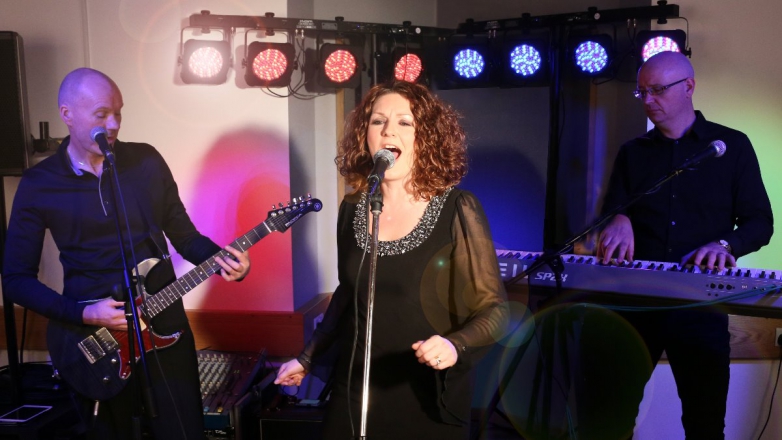 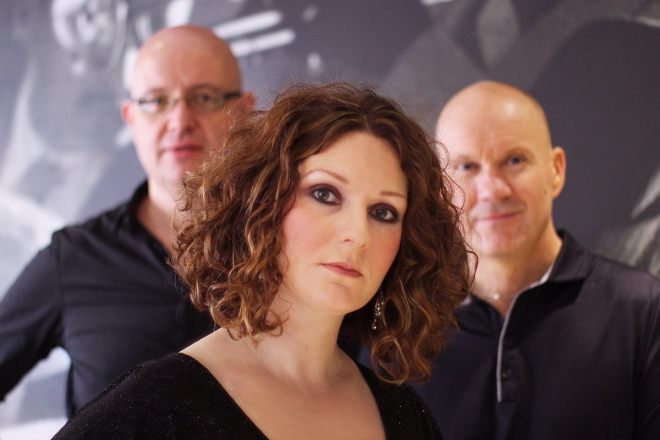 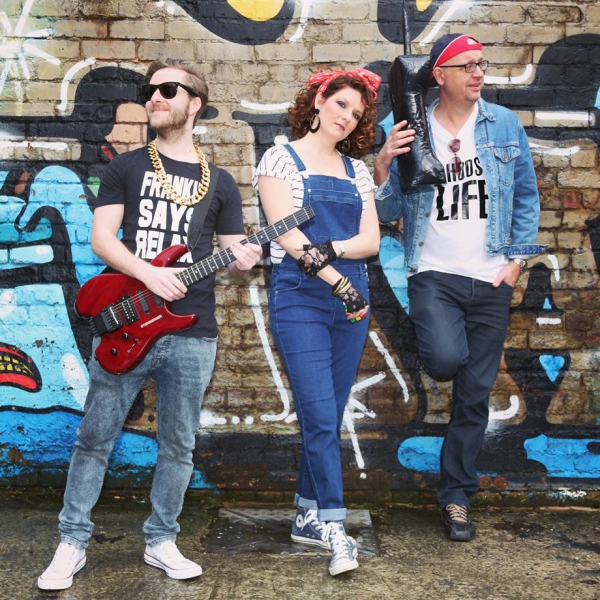 A dynamic party trio who work hard to bring you the highest standard of live music. Recreating some of the biggest pop hits, spanning almost five decades of music; Party Nights will ensure that your party is one to remember forever!

“Hi Charlotte, Thank you for playing at pur wedding, Mandy and I were so impressed with you (very professional) and everyone commented on how much they enjoyed your performance. I would definitely recommend you to anyone looking for a live band. Thanks once more.”

Our clubhouse was rocking all night!

“We booked Party Nights for our Annual Captains Drive In and we could not have chosen a better band. They had the dance floor full all night, our clubhouse was rocking all night, and they played great music and interacted with our members and had a great time. Can fully recommend this band, totally amazing.  ”

One of the best bands I have ever seen!

“I hired Party Nights for my son’s 21st and husband’s surprise 50th, I have been to lots of events over the years weddings, birthdays, Christmas parties and have seen all types of bands but these guys are one of the best bands I have ever seen! I was a bit worried about the fact that there was a wide range of ages there from small children to great grandmas and wondered if they could realistically keep everyone entertained but I needn’t have worried - they performed some fantastic songs and covered all tastes and age ranges! The DJ set that they played in between sets was brilliant, they kept everyone on the dance floor all night! Hire them now for your next event you won’t regret it!!”

They kept the dance floor full and rocking!

“I am delighted to highly recommend Party Nights who played at Adelphi’s 2018 Annual New Years event in February. Charlotte’s solo over dinner gave a perfect backdrop and nice lead into the band coming on stage and doing exactly as they are named….. 'Partied'!! We had a great night, every song they played kept the dance floor full and rocking right to the very end of the night.”

Price from £769 + travel from Cheshire

Most Alive Network artists travel UK wide and internationally. Get a guide price instantly by clicking the 'get quote' button and entering your event date and location. Make an enquiry and we will liase directly with Party Nights to confirm price, availability, and the provide you with a confirmed quote.

Party Nights are a dynamic party band from the North West of England. As musicians, the three of them have been working together for over ten years and specialize in the highest standard of live party music.

Faithfully recreating some of the biggest hits, spanning almost five decades of music; their extensive repertoire features songs made famous by the likes of Chic, ABBA, Earth Wind & Fire, Madonna, Katy Perry and many more!

Each member of Party Nights has a wealth of experience in both live and studio performance. With previous experience working alongside a variety of names within the music industry, Party Nights take great pride in their professionalism, to ensure that your party is one to remember forever.

Pre-recording their own drums, bass guitar, synth lines & backing vocals, which are sequenced on stage together with live vocals, keyboards and guitar; their live sound is first class and removes the use of off the shelf backing tracks.

Due to popular demand - We also offer a complete live show dedicated to the music of the 80's!
We perform all the biggest hits from this great musical era, featuring songs made famous by the likes of Yazoo, Wham, Madonna, Frankie Goes To Hollywood, Erasure......and many many more! Please see the repertoire below for an example set list.

Party Nights cater for all kinds of private & corporate events and will happily travel nationwide to your chosen venue. Available as a standard 3-piece or with additional musicians/dancers for larger events, Whatever the occasion - Party Nights can deliver!

Charlotte - Vocals
Charlotte has been a professional singer for almost twenty years. Her voice can be heard on numerous top 40 records from the likes of Danni Minogue, Loleatta Holloway, and Faith Hill to name a few! In 2005 charlotte performed lead vocals on the number 1 UK Dance chart hit ‘Finally’ produced by multi-platinum remixers Love to Infinity. As a former member of chart topping dance group Soda Club, she has had international success as a singer, songwriter and producer and toured extensively throughout the UK. Charlotte is also an accomplished singing coach.

Aidan – Keyboards
Having played the piano since he was 3 years old, it’s fair to say that Aidan’s performance skills are of the highest calibre. He has written music for the BBC and Sky TV and has also worked with Beverley Knight, Sarah Harding (Girls Aloud) and Katie White (The Ting Tings) amongst others. Earlier in his career he toured the UK and Japan with rock band Jordan and was also MD to the late controversial comic Bernard Manning!

Neil Shaw-Hulme – Guitars/Backing Vocals
Neil is a highly experienced musician and tutor. He has previously performed with Dougie James Soul Train, The Screaming Beavers & various other established bands, whilst sustaining a very successful teaching career spanning over 29 years. He is a multi-instrumentalist and vocalist who brings added value to the band with his versatility and expertise. Neil is a consumate professional and always a joy to work with.

Gareth Price - Guitars/Backing Vocals
Gareth is an excellent guitarist and has been playing since the age of 14. He studied at MANCAT - a music performance college in Manchester for 2 years, and then progressed to the University of Salford where he gained a BA Hons in popular music and recording. Since his late teens he has played in several professional bands, covering an extensive repertoire of styles. Besides gigging, Gareth also teaches guitar at Fallibroome Academy and at Trackside Studios in Cheshire.

Rob Taylor – Guitars/Backing Vocals
Rob was also a member of former rock band Jordan. He is an exceptional musician and has been playing the guitar & bass guitar for well over 30 years. After Jordan split, Robin and Aidan maintained a very close working relationship and  performed in several bands together. They have collaborated on various musical projects over the years including production and songwriting for many established artists.