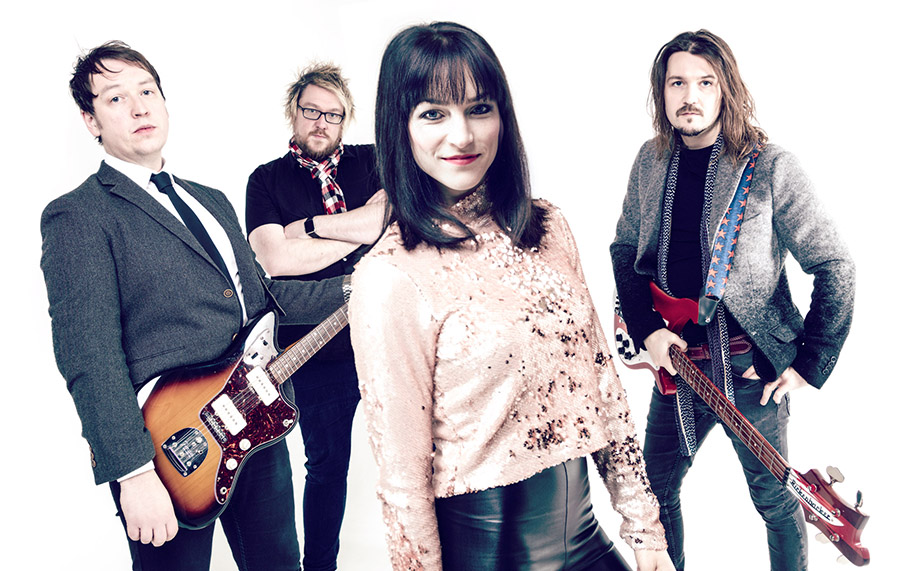 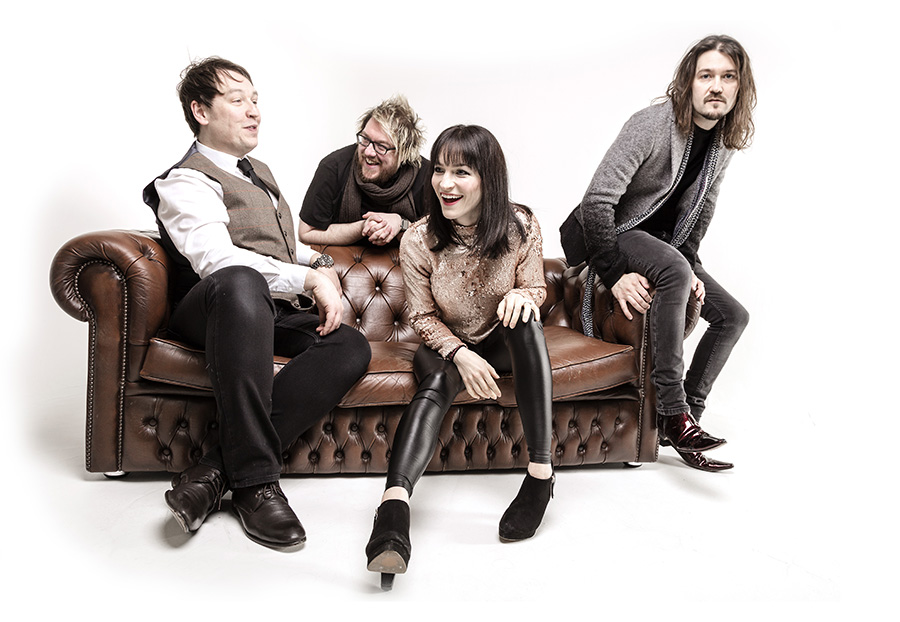 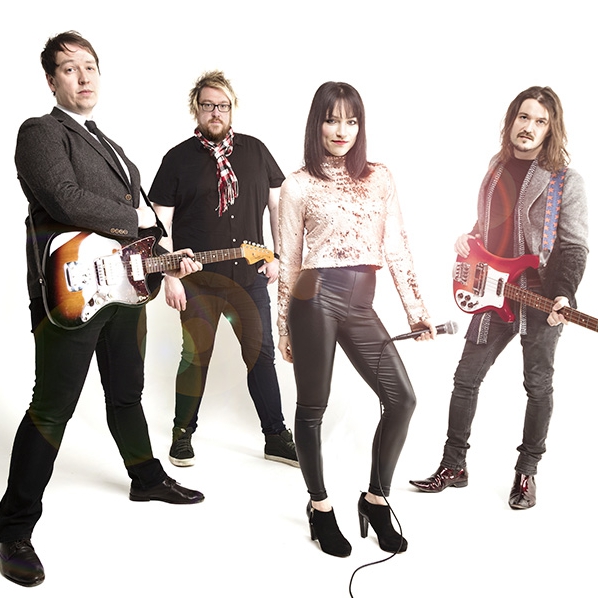 New Frequencies are a male & female led rock & pop band playing hits from The Beatles to The Killers, Lady Gaga. They provide a free disco option, & come with a great quality PA system as standard. A real talent & great for dancing to!

New Frequencies performing Shut Up And Dance - Available from AliveNetwork.com

NEW! Christmas Repertoire!
Mariah Carey - All I Want For Christmas Is You
Slade - I Wish It Could Be Christmas Everyday
John Lennon - Merry Christmas (War is Over)

If you would like to specify a playlist from the below selection, please allow at least 4 WEEKS notice and ask your agent to liaise with the band, otherwise the band will have a pre-prepared playlist ready.

80’s
Beat It (Michael Jackson)
Livin' On A Prayer (Bon Jovi)
Go Your Own Way (Fleetwood Mac)
Power of Love (Huey Lewis and The News)
The Chain (Fleetwood Mac)
Summer Of '69 (Bryan Adams)
With or Without You (U2)
Have I Told You Lately (Rod Stewart)
500 Miles (Proclaimers)
Sweet Child O' Mine (Guns 'n Roses)
Paradise City (Guns ‘n Roses)
Kids In America (Kim Wilde)
Love Shack (B 52's)?
Walking On Sunshine (Katrina And The Waves)?
Walk This Way (Run DMC / Aerosmith)
I Love Rock And Roll (Joan Jett And The Black Hearts)
Eye of the Tiger (Survivor)

“New Frequencies were amazing at our wedding! The dance floor was packed from start to finish. We were disappointed when it had to end! Great mix of songs on the set list and created a really lively atmosphere. Thank you!”

Amazing band - made it a night to remember

“The band was excellent, played a great set that got everyone up and dancing and they made the evening very special for my wife’s 40th birthday. Everyone after the party said how good the band was and how much they enjoyed the party.”

They were an absolute pleasure to deal with.

“Thanks again to New Frequencies for such an excellent performance at our wedding! They were an absolute pleasure to deal with from start to finish, and their performance and energy was absolutely brilliant throughout the night. We can’t recommend them highly enough!”

We were absolutely thrilled with New Frequencies, they were unbelievable!!

“As soon as I get some time to complete the questionnaire I will do so, but we were absolutely thrilled with new frequencies, they were unbelievable!! Our guests haven't stopped raving about them and everyone had an amazing time. If you are able to pass our thanks on to them that would be great.”

We would wholeheartedly recommend New Frequencies.

“We would like to say a massive thanks to New Frequencies for playing a brilliant set at our wedding. The band played a fantastic selection of songs with a great mix of rock and pop from across the decades which appealed to all of our guests. The band were great at engaging the audience and the dancefloor was packed throughout - we have had so many people telling us how much they enjoyed the set. The band were also very approachable and friendly before the day and always responded to us quickly and with no fuss. Once again, thank you so much - we would wholeheartedly recommend New Frequencies to anyone looking for a band for any event.”

Most Alive Network artists travel UK wide and internationally. Get a guide price instantly by clicking the 'get quote' button and entering your event date and location. Make an enquiry and we will liase directly with New Frequencies to confirm price, availability, and the provide you with a confirmed quote.

Small Rig - suitable for around 150 people

With years of experience at the highest level you know that New Frequencies will provide the ultimate musical experience for any occasion.

If you need a cool band that will deliver then look no further than New Frequencies!

Members of the band have been involved in various projects listed below:

West End Shows:
We Will Rock You, Blue Man Group

Testimonials:
"They played all the right songs, we could not have asked for anything more!"
- Steve and Sarah Oldhodge, Wedding Reception, The Freight House, Rochford Essex July 2005

The band can supply background music in between sets, so no need for the added cost of a DJ. Background music can also be requested before the event!

Your Event
As well as playing background music, the band are happy to learn a free first dance request (song dependent), provided they have at least 4 weeks' notice.