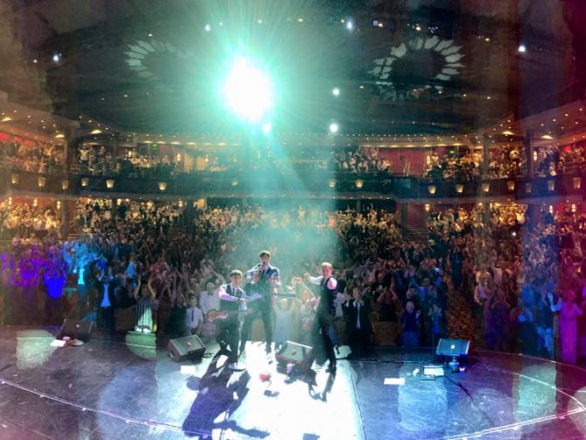 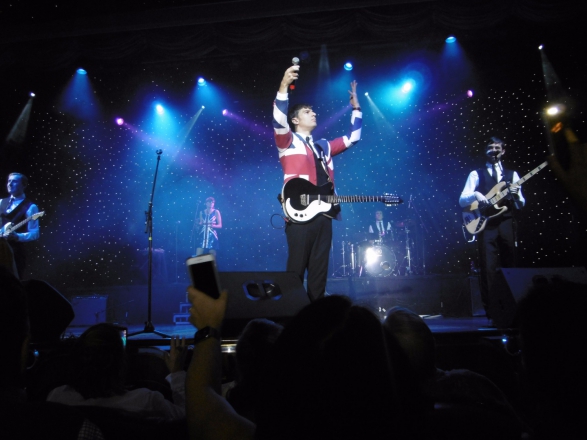 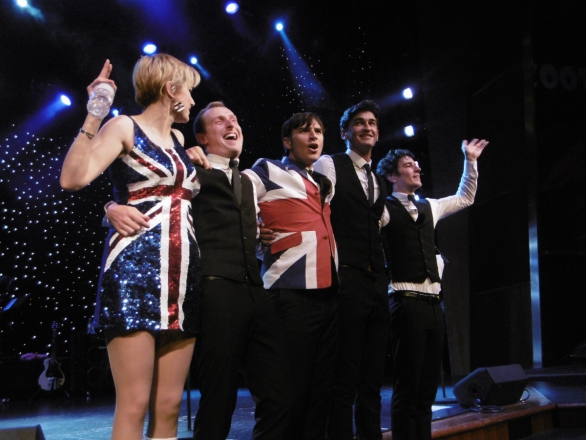 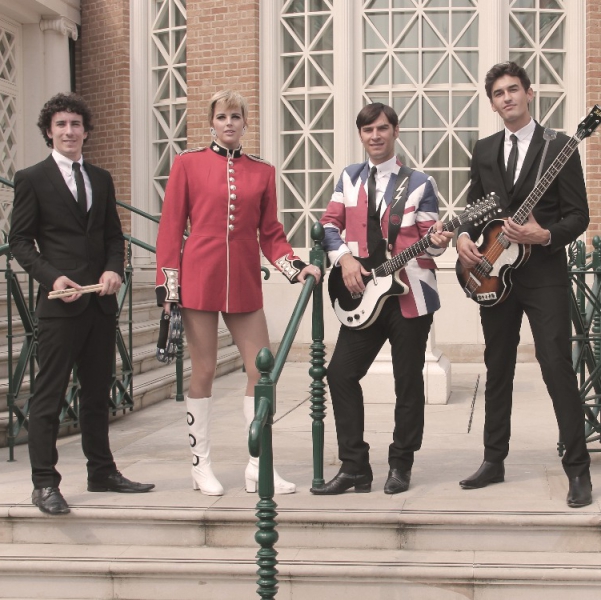 My Generation takes you on a journey back to the most exciting musical time in history. Massive hits songs from The Beatles, The Kinks & Van Morrison all feature in this exciting new 60’s show. Repertoire can also feature hits from 50s-00s if required!

“Everything was so professional.”

Everything was so professional.

“I just wanted to thank you so much for your performance on New Year’s Eve. It was a pleasure to work with you – everything was so professional and worked well. The performance itself was wonderful and everyone really loved it. Thank you again, we had the most wonderful time.”

Hi Guys, we just got back home to Vancouver on Monday after a great week in Barc...

“Hi Guys, we just got back home to Vancouver on Monday after a great week in Barcelona. Just wanted to send you a note to say a big big thank you for playing at our wedding last week. We had a great day and everyone loved your performance! Thanks for making the planning so easy and on the day it all seemed effortless for you guys, even though I imagine lugging your gear up and down those stairs was not enjoyable!”

“Thank you for being so amazing at our wedding. When we were planning our wedding, good music was really important for us and a big element of the day. We loved you the first time we saw you in 2013 at an event and you were even better at our wedding. You sounded absolutely fantastic. got everyone dancing and were really fun. I lost count of how many people told me have great you were. We loved Stu’s Djing too! You were also really professional and organised when we were planning, which was the icing on the cake! Thank you again. Cat and Phil XXX”

The band are simply awesome

“The band are simply awesome and we still can’t find the words to do them credit. We are still having conversations about our wedding night with our guests and how they rocked the place and filled the dance floor from the first song to the last. The energy they had was infectious, to have over 200 people dancing at the same time for over 2 hours must be some sort of record for a wedding! We cannot thank them enough. their professionalism in the build up to the big day was incredible and they really paid attention to our requirements. Jamie even learnt our first dance for us which was so very special. If Carlsberg did wedding bands………”

The quality of the music was outstanding.

“Massive thanks to Jamie, Harriet and the rest of the band for an amazing performance at my 40th birthday. The quality of the music was outstanding, and the playlist got everyone dancing from teenagers to grandparents. I really appreciate you taking the time to learn my favourite song, Band Aid, Do they know it’s Christmas, especially as my birthday party was in June! The music contributed to everyone saying that “it was the best party that they’d ever been to”. I look forward to seeing you guys again in the future. Oh, and thanks for the extra encores!”

Most Alive Network artists travel UK wide and internationally. Get a guide price instantly by clicking the 'get quote' button and entering your event date and location. Make an enquiry and we will liase directly with My Generation to confirm price, availability, and the provide you with a confirmed quote.

After midnight finish, per hour Add £123

Suitable for most applications

Highlights
* A great fun and high energy 60s band with the sound of all the best tunes of the greatest decade of pop
* Highly experienced, toured 30 countries and performed over 500 shows
* Repertoire can also include party favourites from 50s to 00s!
* From The Beatles, The Kinks, The Who to Van Morrison, Elvis and Neil Diamond
* Experienced band these guys have performed at many private events and public concerts worldwide
* 6000 watt HK Audio / Mackie PA with stage and dancefloor lighting as standard
* Available UK and worldwide
* Discounted rates for all January, February, March and November bookings

The My Generation show takes you on a journey back to the most exciting musical time in history. The music of the 60’s was characteristic of the revolution that was going on all around the world.

Massive hits songs from The Beatles, The Searchers, The Kinks, The Monkees & The Who with smashes from solo artists; Andy Williams Van Morrison & Neil Diamond all feature in this exciting new 60’s show.

This band are the kind of talented young band it’s impossible not to like. Breezing through a tight set they looked sharp totally confident in their ability to entertain and sounded as tight as drum. The Who’s My Generation was a great final number - the quality of their music doing all the talking to whatever generation audience. THE STAGE Dec 2009

My Generation have captured the essence of the 60’s with authentic costumes vintage equipment and a fully live show. They have recreated the sound & look associated with many acts during the era with the same youthfulness & energy.

My Generation show was put together for a season at Butlins although has quickly progressed to private events & theatres. Now in their 5th year they have toured over 30 countries and performed over 500 shows. In 2013 they performed at the Nokia Xmas party, The Angry Birds Go Launch party, The Macmillian Xmas party at the Hilton in Park Lane and The Toyota 25th anniversary party at London Guildhall.

My Generation show has been specially tailored to suit all age groups performing songs that are still relevant today. The band encourage & provoke audience participation screaming dancing & singing throughout the show.

Jamie has enjoyed touring all over the world performing since he was ten & recently became a gold selling songwriter. He was the singer for the resident band at Hammersmith Palais & has performed 1000’s of shows around the globe. He has played alongside & worked with artists such as T’pau Tony Hadley East 17 Toyah M People, Chesney Hawkes, Nick Kershaw, Doctor & the Medics, Betty Boo, Jason Donovan, Musical Youth, Bad Manners & many more.

Your Event - DJ Option
Golden Sounds Disco Highly experienced disc jockey has over 5000 tracks, covering all types of music. This complements the band’s show and keeps the dance floor packed all night long.

“I just spoke to MNPA and they were really happy with the performance at Epson Racecourse. Thank you so much – they all had a great time!!
Will definitely be in touch when they do their next one if not before” - Sue, Donaldson Davis

Just a quick note to say thanks for the sterling job you did at The Bull Hotel. You really made the party & everyone I spoke to mentioned how fantastic you were. I will definitely be recommending you in the future! Thanks again - Natalie & Gary Wedding in Bloxham, Oxon

He was truly amazing. Jamie's vocals were sublime and quite frankly I couldn’t take my eyes off him all night. He played songs that appealed to all ages & really got the party started. He was so professional from start to finish & all my guests were very impressed. - Lesley Coyle, Formby Hall Golf

Hi Jamie, Just wanted to write a quick note to thank you & the band for playing at The Grovesfield. We had a fantastic time and so many people commented on how much they enjoyed it Thanks again - Amanda

After booking, speak directly with My Generation.