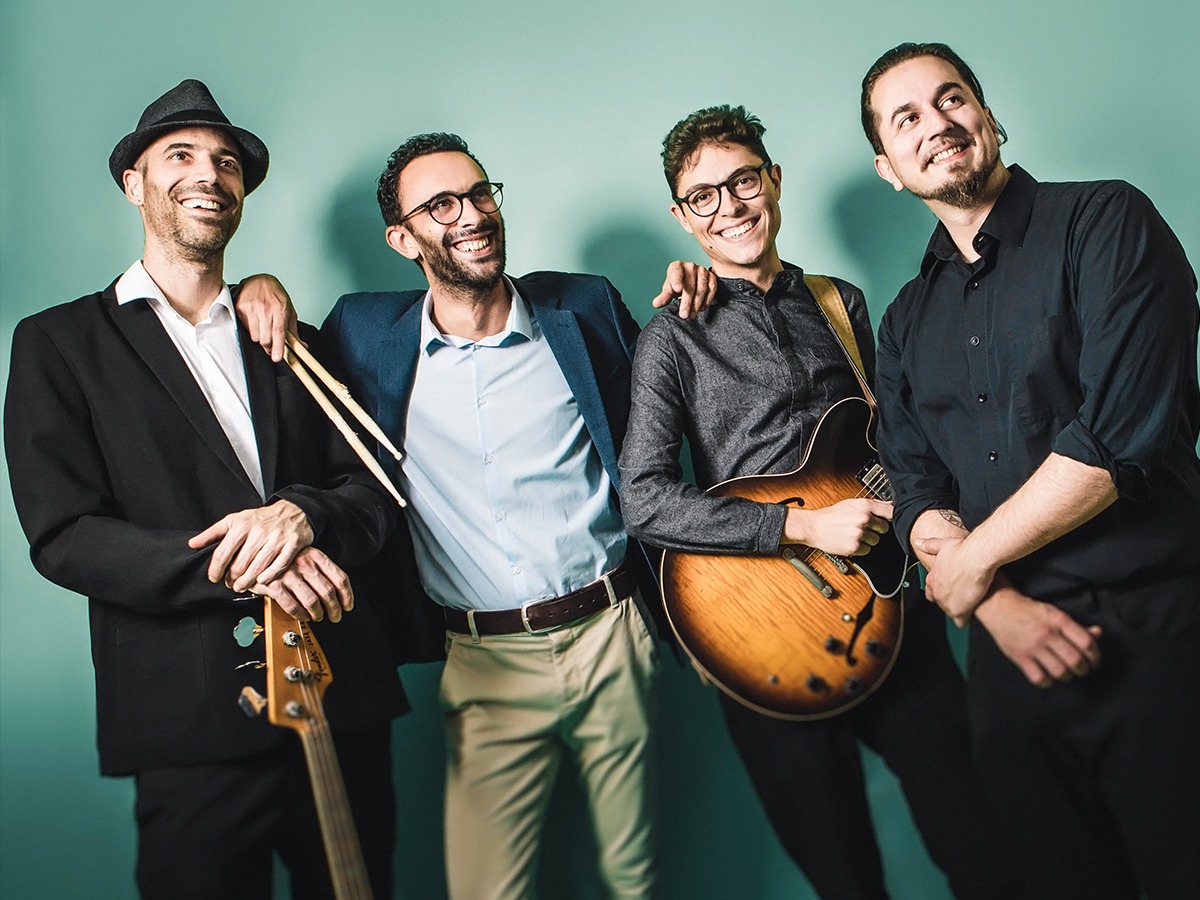 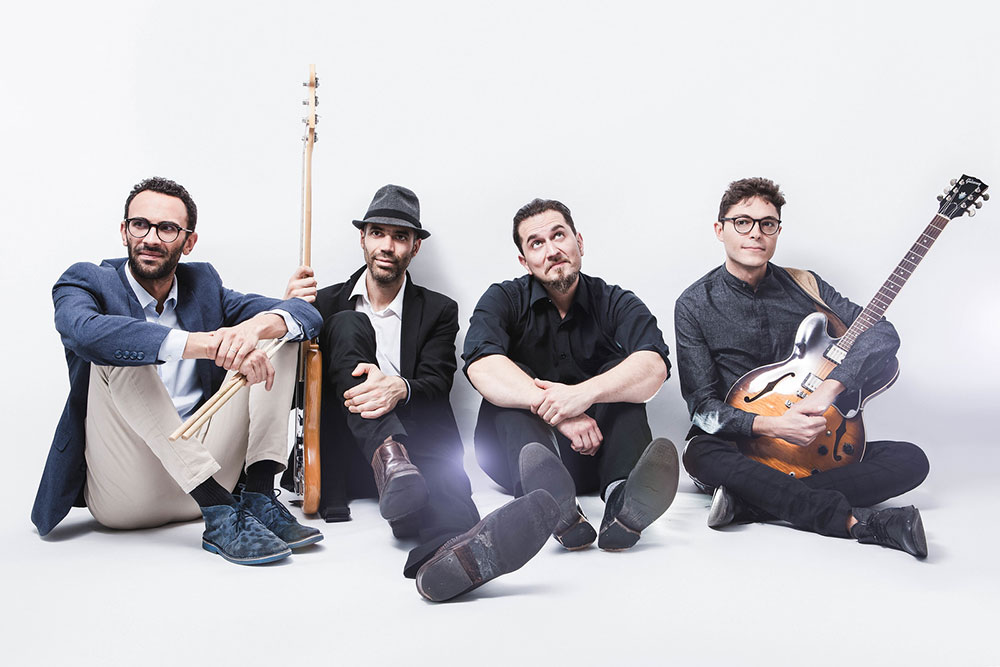 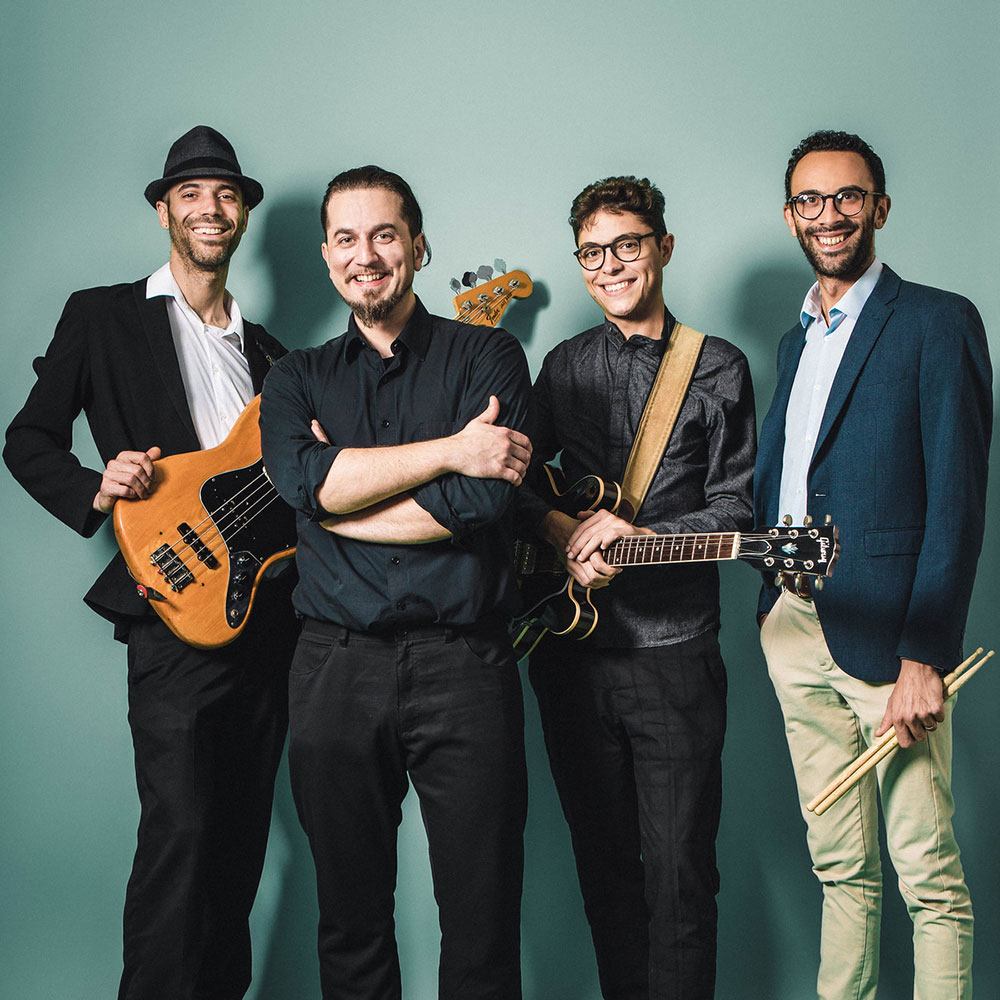 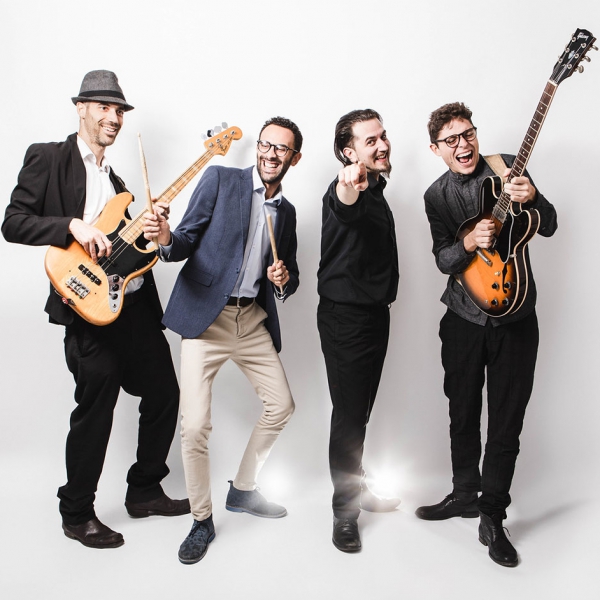 Minnie And The Moochers

Bring the very best Blues, Motown & Soul to your event, Minnie And The Moochers perform your favourite classics with music from all the greats including Ray Charles, Aretha Franklin, Stevie Wonder, James Brown, Otis Redding & more!

“Incredible Band and one of the big highlights of the day”

Incredible Band and one of the big highlights of the day

“Dom and the gang were incredible on the build up and on the night. Dom done everything we asked for and did not disappoint. We asked them improvise and interact as much as possible and they did just that. They are all amazing musicians and lovely people too. Thanks guys”

Incredible performance at our wedding.

“Minnie and the Moochers were absolutely fantastic. They were awesome on the night and all our guests were raving about them afterwards. They are a very talented band with great voices and quality players. They were also incredibly friendly and easy to communicate with before the day. Thank you for being just brilliant.”

An excellent choice for a wedding band

“Minnie and the Moochers were a real highlight of our wedding reception, keeping the dance floor full throughout both their fantastic sets. Multiple guests commented that they were the best wedding band they'd seen. In the run-up to the today, communication was also prompt and accommodating. Thanks so much guys!”

“We absolutely loved having Minnie and the Moochers at our wedding. They played a great selection of funk and soul hits, which kept the night high energy throughout. They have a professional and highly honed skill at engaging and entertaining a wedding crowd, and as a result the dance floor was nothing but full the entire night. They play the perfect music for a wedding, and you should book them now!”

Everyone had so much fun - best night ever

Most Alive Network artists travel UK wide and internationally. Get a guide price instantly by clicking the 'get quote' button and entering your event date and location. Make an enquiry and we will liase directly with Minnie And The Moochers to confirm price, availability, and the provide you with a confirmed quote.

For Minnie and the Moochers to finish their performance at 1am.

Add female vocalist to the line up.

To add keyboard player to line up.

To add Saxophone Player to line up.

Minnie and The Moochers is your ultimate London based Blues and Motown function band formed in 2013. Starting as a function band for a slow blues dance class, they have since extended their repertoire to touch into the 60s and 70s Funk, Soul and Rock scene.

Bringing their own twist to your favourite classics and always aiming to get the audience to get up and shake that tail feather, this band create shows you will never forget. Covering artists such as: Eric Clapton, Ray Charles, Aretha Franklin, Stevie Wonder, James Brown, Sam&Dave, Credence, Blues Brothers, Al Green, Otis Redding.

Meet The Band
Drums: Daniele
Italian born drummer, Danniele graduated with honors from the very prestigious BIMM (British and Irish Modern Music Institute in London) where he mastered his love for Rhythm & Blues and Jazz under some of the biggest names in the business, such as: Horacio El Negro Hernandez,Dave Weckl, Byron Landham, Gavin Harrison, Omar Hakim. With his groovy flare and dynamic timing, he will keep you dancing all night.
Bass: Joe
An Italian session player, arranger and composer, who graduated from the N.A.M. school of music in Milan in 2009. From 70's disco/dance to hard rock via acoustic smooth jazz, Joe has mastered his instrument to fit every musical genre. Having worked on several original projects, he is very skilled at adding his own colours to the songs he plays. A few artists you might have seen him play with: Cheryl Porter, Tullio de Piscopo, Daniel Stenbaek, Alteria, Sandy Marton. Listen to him and you'll know it's All About That Bass!
Guitar: Giulio
A young and talented international session player, concertist and composer from Italy. Having studied music and guitar for 8 years at the Gilfredo Cattolica music academy, Giulio developed an incredible capacity to communicate with his instrument, creating and honing a unique style, mixing fingerpicking and flatpicking techniques. His original talent earned him work with some of the most amazing artists around: Antonio Forcione, Greg Miller, Phil Ramacon, Lee John, Rocio Ruano, Osmond Wright' Ruth Lorenzo.  You will never see anything else like him.

Male Vocals: Dom
Canadian born singer/songwriter and front man of the band with an incredibly unique and powerful tone.  Having been the lead singer and lyricist in mostly original bands throughout his career, Dom lives the music when he's on stage and gives you 100% at every show. A real entertainer and professional. He is definitely the front man that everyone needs.

After booking, speak directly with Minnie And The Moochers.