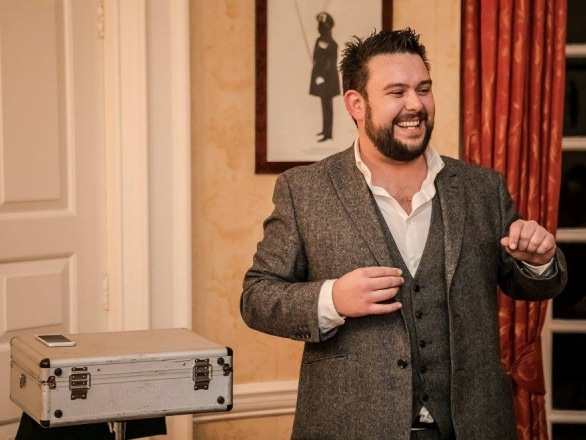 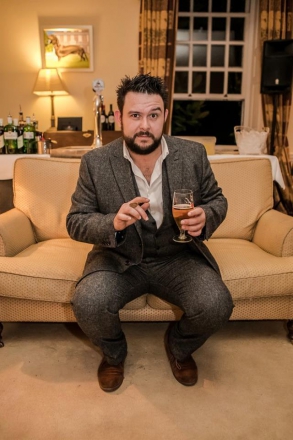 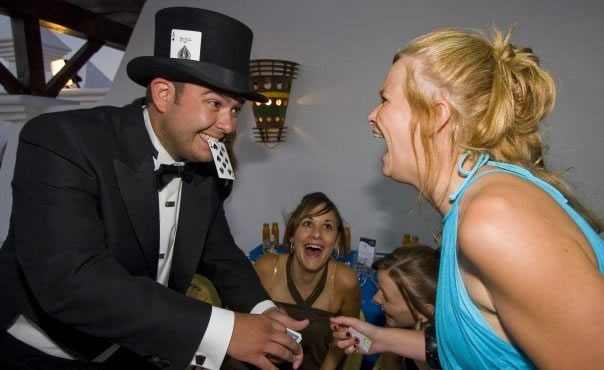 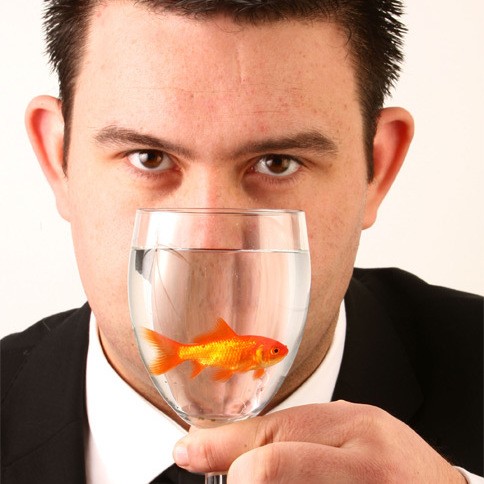 Max Francis is a top sleight-of-hand expert. Coins, cards and other common objects behave in unexpected ways when manipulating by his deft hands!

“Really engaging and managed to amaze everyone.”

Really engaging and managed to amaze everyone.

“I just wanted to feedback how wonderful Max Francis was on Saturday night. Really engaging and managed to amaze everyone with his magic. People are still talking about him now. We will definitely be booking him again in the future. ”

A true professional who will totally entertain.

“Max is absolutely second to none. Guests will be amazed by his slick performance, great humour and banter. A true professional who will totally entertain. We'd book him again without hesitation.”

Hi Max, Hope you got back the other night ok? Just wanted to say thank you ...

“Hi Max, Hope you got back the other night ok? Just wanted to say thank you so much for making our event such a memorable one. Your magic skills are superb! We have had such great feedback from the event and lots of people have been commenting on how amazing you were. We really were blown away. It was the first time we had ever used any entertainment for our event and we will certainly look to book you in the future. Thanks also to you Graham for recommending Max for our original event in June. Even though we had to cancel that event, we are glad we took the decision to move Max to our November event instead. Thanks again and hope to meet you again one day. Kind regards, Deborah”

We booked Max for our organisation’s 40th anniversary celebrations. The day was...

“We booked Max for our organisation’s 40th anniversary celebrations. The day was a great success and Max kept our guests entertained all afternoon, moving from group to group and astounding people with his magic and sleight of hand!”

Max Francis is a really good magician and I would recommend him if really you wa...

“Max Francis is a really good magician and I would recommend him if really you want to surprise and entertain your guests. We had more than 100 guests but he was just happy to walk around our showroom, mix & mingle and do his magic tricks to everyone. Fabulous what he can do with just a coin or a few cards!! Amazing magician! ”

Price from £517 + travel from Nottinghamshire

Most Alive Network artists travel UK wide and internationally. Get a guide price instantly by clicking the 'get quote' button and entering your event date and location. Make an enquiry and we will liase directly with Max Francis to confirm price, availability, and the provide you with a confirmed quote.

Up to 2 hours of Magic

Up to 3 Hours of Magic

After midnight finish, per hour Add £154

Max Francis is a full time magician now based in the U.K. performing at all types of events such as Restaurants, night clubs, weddings corporate functions, Christmas events and private parties.

Max continues to amaze and impress people with his magic, showmanship, charm and his warm personality. He really does bring that something special to the party.

Max spent nearly 10 years abroad, in mainland Spain and the Canary Islands performing stage illusions and close-up magic. He later created “Comedy & Magic with Max Francis” a comedy show, combing of eye popping illusions and stand-up comedy, a show which became very popular in the Canary Islands. Max became resident magician for Thomas cook’s “Reps Night” in Lanzarote performing “Comedy & Magic with Max Francis” for hundreds of holiday makers every week. The comedy show was very popular with hoteliers and show bars in Lanzarote and Fuerteventura and he performed Hundreds of shows for thousands of people. Whilst in the Canary Islands Max was noticed by “Power Fm” a radio station which covered all seven islands and he became the road shows resident magician. Max Francis and his show were in high demand, so much so he got to work with all the major holiday companies including First Choice, My travel, Thomson, Thomas Cook and Budget Travel.

Max returned to the UK in 2009 to further his career as a magician and to set new goals and ambitions. Since being back in the UK Max has created a brand new Magic and illusion Christmas show called “The Magic of Christmas” which was very well received. Max also performs nationwide, at weddings, corporate events, trade fairs, private parties, restaurants and grand openings. Max continues to amaze and impress people wherever he goes. With his great entertaining ability and magic skill Max’s professional approach to his art leaves people with an experience they will never forget.

A list of clients Max Francis has had the privilege of working with: