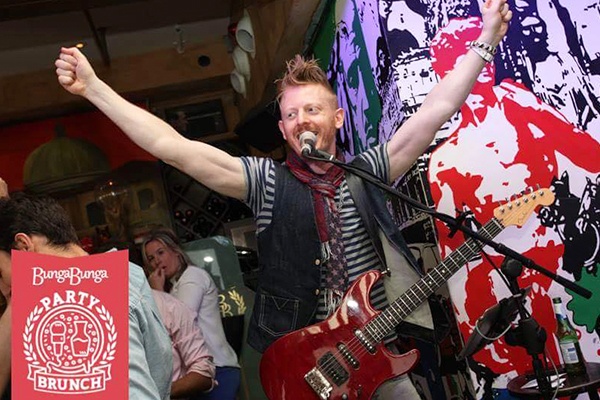 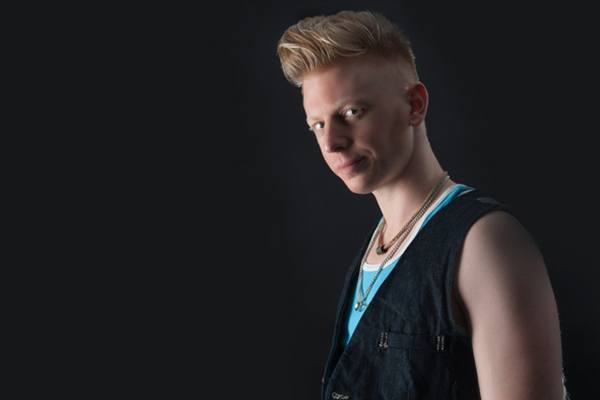 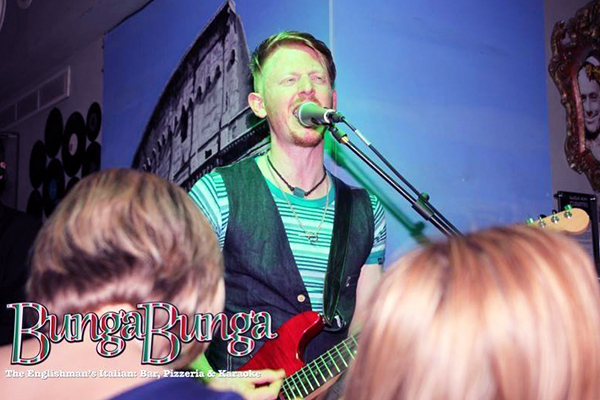 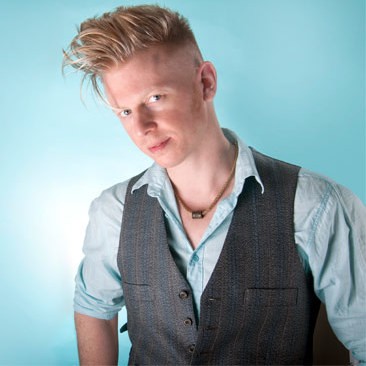 “A great hit with all guests, knew how to work the crowd!”

1990s
Are You Gonna Go My Way? - Lenny Kravitz
Back For Good – Take That/Robbie Williams
Basket Case - Green Day
Black Or White - Michael Jackson
Breakfast At Tiffany's - Deep Blue Something
Dance The Night Away – The Mavericks
Disco 2000 – Pulp
The Distance – Cake
Don’t Look Back In Anger – Oasis
Easy – Faith No More (orig. Lionel Richie)
Enter Sandman – Metallica
(Everything I Do) I Do For You – Bryan Adams
Friday I’m In Love – The Cure
Hush - Kula Shaker
It Must Be Love - Madness
Let Me Entertain You - Robbie Williams
Never Forget – Take That
November Rain – Guns N’ Roses
The One And Only – Chesney Hawkes
Place Your Hands – Reef
Relight My Fire – Take That
Rocks - Primal Scream
Roll With It - Oasis
Smooth - Santana
Song 2 – Blur
Stars - Simply Red
Two Princes - Spin Doctors
When You’re Gone – Bryan Adams & Mel C
You Get What You Give – The New Radicals

A great hit with all guests, knew how to work the crowd!

“We hired Matthew for our clients corporate awards, as entertainment to get the crowd up singing along. He worked the crowd really well, got our client up on stage singing along and the guests seemed to really enjoy themselves. A great hit!”

A good performer with wide range of songs.

“Matthew turned up on time and set up quietly as we were finishing off the meal and was ready to play. He did 3 sets for a good wide variety of things as were are quite a mixed crowd. By the last set we had a few people up and dancing (tough crowd the office party!) A good time was had by all. ”

“All of our guests loved Matt, his choice of music was spot on and he sang so beautifully. Guests were coming up and asking where we got him from so I think there will be a few more bookings for him in our area,”

Excellent- read the crowd and got the party going.

“A big thanks to Matt for kick starting our 50th birthday party and keeping it going. A good repertoire of songs across multiple eras and genres, well performed. Everybody was saying how great he was and how good a job he did. The dance floor never emptied.”

All our guests have commented on how wonderful the music was and my husband and ...

“We booked Matt to play at our wedding on 17th December 2016 and he was absolutely fantastic! He learned our first dance song for us and it was perfect. His set included all of our favourites and had people dancing and singing along all night! He even played a few extra requests whilst he was packing away! All our guests have commented on how wonderful the music was and my husband and I could not have been happier! Despite being exhausted, we didn't want to stop dancing! I can't wait to plan another event so I can book Matt again!! ”

Most Alive Network artists travel UK wide and internationally. Get a guide price instantly by clicking the 'get quote' button and entering your event date and location. Make an enquiry and we will liase directly with Matthew Anthony to confirm price, availability, and the provide you with a confirmed quote.

includes access to a virtually limitless selection of songs (location/wifi dependent). Send your specifications in advance, and Matthew will design a playlist for you, man the decks for song requests, make announcements and ensure your party goes with a bang from start to finish.

If it’s not already in his repertoire, name your song, first dance or otherwise, and Matthew will deliver his unique rendition free of charge. (Includes slowies!)

For any subsequent songs not currently on Matthew’s playlist.

For any subsequent songs not currently on Matthew’s playlist.

Plus Female vocals. Acoustic performance or with electric guitar and backing tracks

Matthew Anthony is a live entertainer and session musician based in London, England. With a powerful, soulful voice and an impressive range, plus over twenty years honing his skills on electric guitar, Matthew has fronted and co-fronted many live outfits.

Currently performing over 150 shows a year; Matthew’s compelling live solo act is guaranteed to get every party going. It’s a potent blend of textured vocals and spellbinding guitar licks - perfect for weddings and private parties, corporate functions and live music venues alike. On stage, Matthew shines with raw talent and experience. Drawing from a truly massive repertoire of impressive electric guitar numbers and dancefloor-filling party tunes, Matthew’s sheer versatility allows him to select the perfect song for each moment of your event.

Tailoring Your Event
Since 2010 Matthew has honed his craft to produce two exciting live options:

* The Electric Set- dazzling live electric guitar & vocals to professionally recorded tracks, guaranteed to get the joint rocking! Here you’ll find rock, pop, indie, funk, soul, RnB, rap & more, from the 1950s… to this very month! Sung so you could be fooled into believing you’re hearing the real thing, with all the live guitar parts to boot.

With such a diverse repertoire, Matthew knows exactly how to design the ideal set list to suit your event. From your first conversation you can discuss your personal tastes, your clientele/guests and how you’d like Matthew’s music to make your event flow seamlessly… or go with a bang! You can then browse and individually request tracks from his list, give a general theme or direction, or allow Matthew to use his wealth of on-stage experience to judge the mood and crowd for every step of your event, including background music before, after, and between his live sets.

The Man Behind the Music
Matthew Anthony graduated from the University of Leeds in 2004 with a BA in Popular & World Musics. Before that he sang, played and composed with several original acts - from punk rock and metal bands to West African ensembles.

Matthew cut his professional teeth playing lead guitar onboard P&O’s Ocean Village, touring the Med and Caribbean. As well as nightly House band slots, he’d support at least three visiting acts each week – including tributes to the Blues Brothers, Queen and Robbie, originals Bucks Fizz and The Supremes – not to mention frequent acoustic and jazz sets, and full-blown rock’n’roll crew gigs below deck.

In 2005 Matthew began touring the UK and Europe extensively with Vogue Madonna, playing regularly to over 10,000 at Liverpool's Mathew Street and Glastonbudget festivals, as well as 5,000+ audiences in Canada, Finland, France, Germany, Luxembourg, The Netherlands, Poland and Portugal. Now pursuing successful independent musical careers, the line-up still perform internationally as The American Divas.

Previous venues & clients
Career highlights stretch from Mathew St in Liverpool, Glastonbudget and The Sage in Gateshead, to countless European festivals including the fabulous Opera Lesna in Poland. Matthew’s solo act has been booked at Edgbaston Stadium, White Hart Lane Tottenham, Westfield London and numerous impressive wedding venues up and down the country. Previous corporate clients include O2 Telefonica, P&O, Gala Coral, Microsoft, Versace, Boots, BG Group (British Gas), HSBC & Virgin. Matthew is a firm favourite at Battersea’s notorious pizzeria Bunga Bunga (aka “The Englishman’s Italian”) – as featured in the Telegraph, Independent and Sunday Times – and performs weekly at live music venues in and around London.