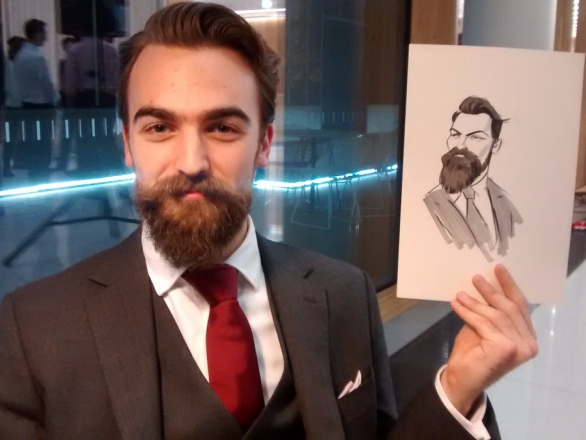 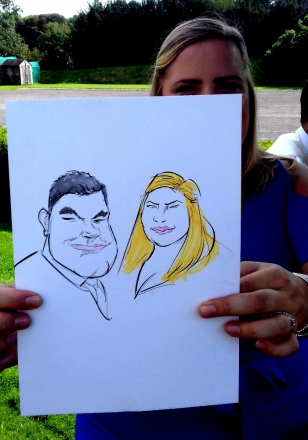 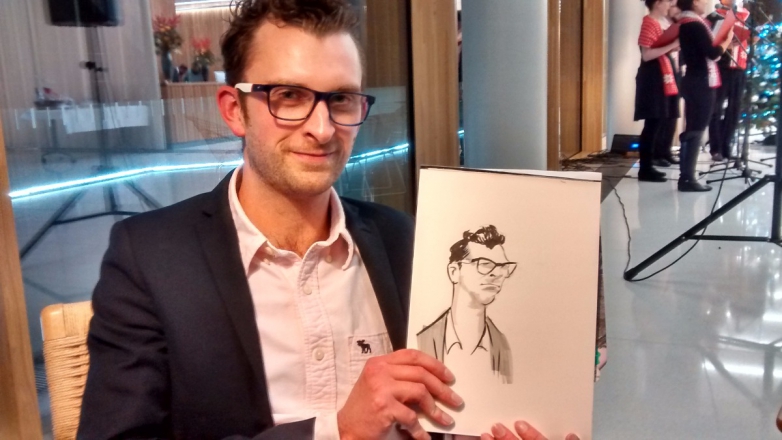 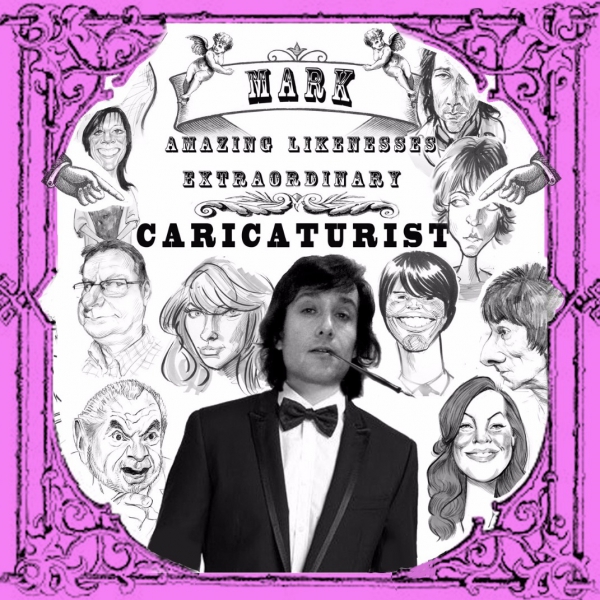 Mark Reeve is a caricaturist with some very high profile credentials to his name - having worked on ITV's 'Headcases', 'Spitting Image' and worked for the Mail on Sunday, Mark is a truly talented artist. He is the perfect finishing touch to your day!

“Thanks so much, Mark was a huge hit with the party, really enjoyed having him there and people are still talking about how impressed they were!!”

“Mark was a great caricaturist whose work was appreciated by all! So many positive reviews throughout the night. Thank you Mark!”

“Some excellent caricatures. Mark arrived bang on time and was up and running within a few minutes, he was very professional and friendly.”

Mark has become the talking point of my wedding reception!

“Mark is a very talented caricaturist. The guests were impressed by the quality and detail of his caricatures. Guests came up to me at the wedding reception showing me the caricatures by Mark and told me how happy they were with Mark's work. Mark has become the talking point of my wedding reception! I would certainly re-book Mark at any future events and will recommend him to friends and family. ”

My first choice for any party now

“Mark is an exceptional artist that will truly transform any party. My first choice for any party now”

Most Alive Network artists travel UK wide and internationally. Get a guide price instantly by clicking the 'get quote' button and entering your event date and location. Make an enquiry and we will liase directly with Mark Reeve to confirm price, availability, and the provide you with a confirmed quote.

He designed all the characters for the ITV series ‘Headcases’ (2008), as well as drawing and sculpting caricature heads for the 90s series of ‘Spitting Image’.

Mark has worked extensively in the national press, The Economist, New Statesman, Evening Standard, The Express, GQ magazine, including three and a half years as a political cartoonist on the Mail On Sunday. He was awarded the Gillray Cup by the Political cartoon Society 2004.

Your Event
As regards his ‘live’ caricatures:

1. Mark draws finished images in around 3-5 minutes. These are not ‘felt tip squiggles’, but drawn with a steel nib augmented by brush pen and tonal markers  This means approximately 15-20 caricatures per hour.

2. He can make the image ‘cartoony’ or portrait-like depending upon individual preferences.

4. … they do actually look like the people they are supposed to!

Please note: Mark will not wear any corporate branded clothing, uniforms or costumes.