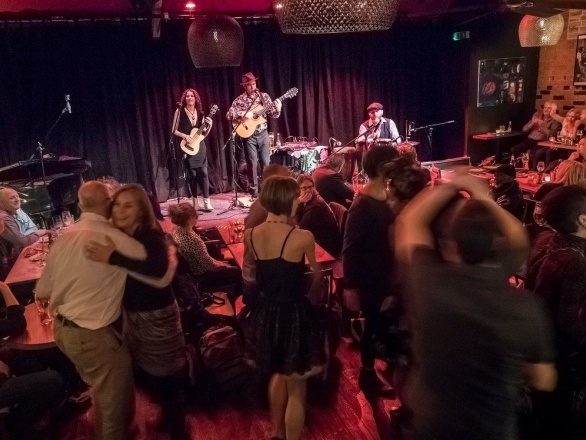 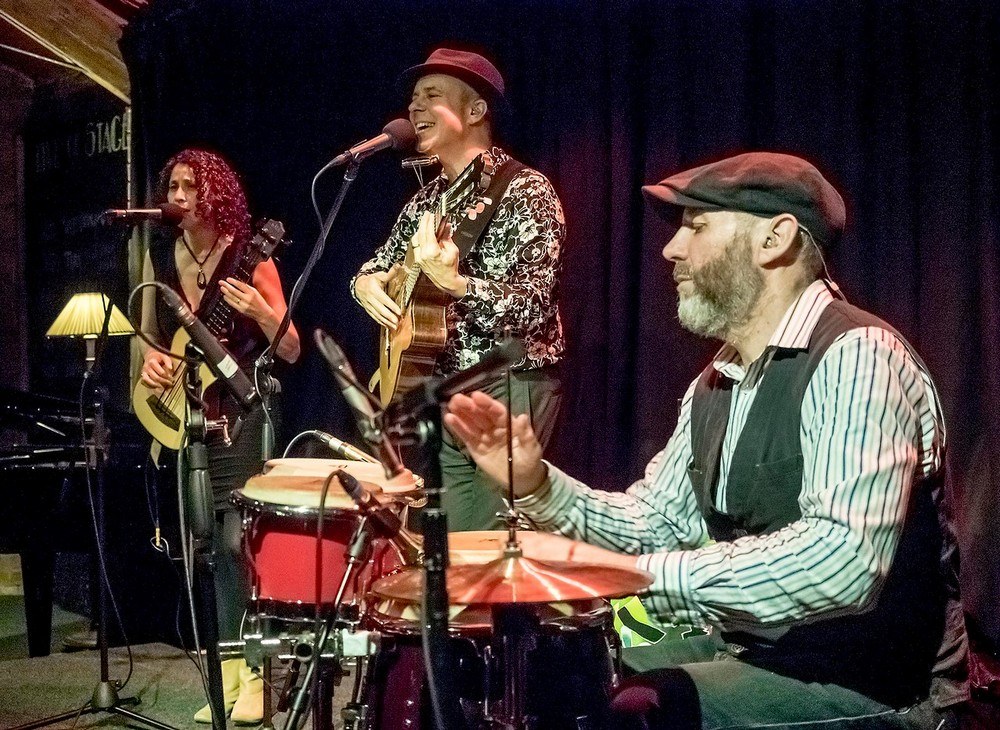 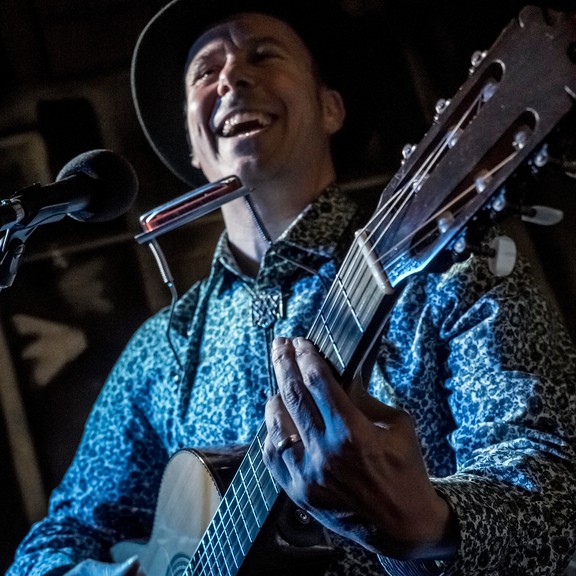 “MYM at The Market Cross performance and art centre.”

Original Material by style / Influence.
The original music of MYM combines many of the rhythms and feels found in a wide range of music from all over the Spanish speaking world. All of the songs are great for dancing to!

MYM at The Market Cross performance and art centre.

“MYM are an absolutely brilliant, super talented and lovely band. Completely professional, enjoyable to work with and the evening was incredible. All who attended were very pleased. The night went perfectly, we can highly recommend, and well done to alive network for providing the best performing groups that are around, excellent service provided by both artists and the agent. Thank you! The Market Cross.”

MYM were absolutely FANTASTIC....! My guests adored them, the music was fanta...

“MYM were absolutely FANTASTIC....! My guests adored them, the music was fantastic, the band enjoyed themselves, everyone danced. It was a great night, the band played longer than they were booked for, my guys just kept applauding them back on. I was concerned that we were indoors as the weather turned and left it too cold to hold outside – but they were brilliant, they tucked themselves into a corner and played just the right sound level for all us oldies..! Please pass on my grateful thanks to Richard and the Boys, I know that they will get work from my Spanish friends who were at the party. If there is Message Board anywhere that I can leave comments please let me know. They were great. Thanks, Tom ”

I thought both were great. Even when I had problems getting the samples, Graha...

“I thought both were great. Even when I had problems getting the samples, Graham fixed it quickly. The contract was explained properly and was straightforward. The band was excellent and very professional. I would highly recommend both Alive Network and MYM.”

MYM were friendly & professional from first contact. The performance was exactly...

“MYM were friendly & professional from first contact. The performance was exactly what we hoped for and more & more. They created a fantastic atmosphere from mellow, laid back sounds to a rousing passionate performance that got everyone on the dance floor. Thanks guys! I wouldn't hesitiate to recommend them to anyone. Alive Network provided a reassuringly professional service that took all the jitters out of organising a wedding! ”

MYM were tremendous and fully lived up to (and exceeded) expectations. Loads of ...

“MYM were tremendous and fully lived up to (and exceeded) expectations. Loads of energy, great musicians, excellent music. A real hit with our event goers. Also very patient waiting for the sound checks and very easy-going. A great group and would certainly recommend them. Regards Graham”

Price from £769 + travel from Nottinghamshire

Most Alive Network artists travel UK wide and internationally. Get a guide price instantly by clicking the 'get quote' button and entering your event date and location. Make an enquiry and we will liase directly with MYM to confirm price, availability, and the provide you with a confirmed quote.

MYM work from Rikki as a solo artist, as a duo with Rikki accompanied by one of the other musicians to an acoustic power trio.
Sung in Spanish, Rikki sings songs of fiesta, love and unity are an irresistible meeting of Latino Flamenco and Afro-Cuban influences woven together by driving dance rhythms. Great for dancing, this music brings people of all ages and backgrounds together to share in joy and alegria!

These experienced and well-respected musicians have played to enthusiastic audiences all over the world.

MYM raise the temperature wherever they play.

"MYM were friendly & professional from first contact. The performance was exactly what we hoped for and more & more. They created a fantastic atmosphere from mellow laid back sounds to a rousing passionate performance that got everyone on the dance floor. Thanks guys! I wouldn't hesitiate to recommend them to anyone."

MYM have had many years of playing both at internationally acclaimed music venues festivals arts theatres promotions private functions weddings and corporate events.

MYM are listed under 'Latin and Salsa' and their music is great for dancing to but you don't NEED to or HAVE to be able to dance salsa to dance to MYM! People do dance Salsa to the music of MYM but a lot of the songs are arranged to be more accessible to people who may not have had salsa lessons or who just want to do their own thing!

Performance CV.
Over the last 20 years MYM have developed an enviable international reputation playing at:

Rikki - Guitarist, Lead Vocalist, Harmonicas, percussion and Songwriter:
Rikki, nylon-string guitarist, vocalist, harmonica player, stomp-box percussionist and songwriter. His music is infused with joy, sunshine and his songs full of meaning; melodically rich and infectiously rhythmic.
An outstanding solo artist, with the use of harmonicas, unique rhythmic, powerful guitar style and singing voice, he has been described as a fully contained one-man Latin orchestra.
He has an extensive repertoire of original songs composed in Spanish, English and French as well as exciting interpretations of well-known songs.
He has pioneered his own form of Rumba Flamenca, which includes influences from Salsa, Reggae and Cumbia. This driving dance rhythm underpins his music.
A truly original and contemporary artist and songwriter.

Dalila - Bassist:
Dalila plays exciting and powerful driving bass lines on her UBass, bringing beauty and femininity, as she and her bass dance through the music.

Why have people hired MYM?

• To have an internationally acclaimed, world-class original band at their function.

• For their consummate professionalism.

• For their irresistible music that appeals to people of all ages and cultures.

• For their ability to go from providing atmospheric background music to bring down the house and getting everyone on their feet dancing.

• For their sharp and vibrant costumes and stage appearance.

• For their ability to make people feel happy and create an up- lifting party atmosphere.

• For their total self-containment, being able to provide everything required for their performance i.e. high quality PA, lights, instruments, costumes, background music for all but the biggest concerts.

• For their ability to converse fluently in English, Spanish and French, (and communicate in Italian and Portuguese)

Why MYM have been so successful.

• As a solo act, a duo or a trio, MYM provide a cost effective solution to putting on a band. MYM deliver a sound and performance that is much bigger than the sum of it’s parts. They have held and electrified audiences of up to 20,000 all over the world.

• The music is original and with universal appeal. This is not a cover band or a collection of un-connected musicians reading from charts. This is a committed and seasoned band. MYM bring prestige, originality and artistic integrity to wherever they play.

• MYM create an uplifting, happy and exuberant energy. Their music guarantees dancing and merriment as well as being compulsive watching.

• MYM are hard-working and committed and endeavour to perform at the top of their abilities.

After booking, speak directly with MYM.