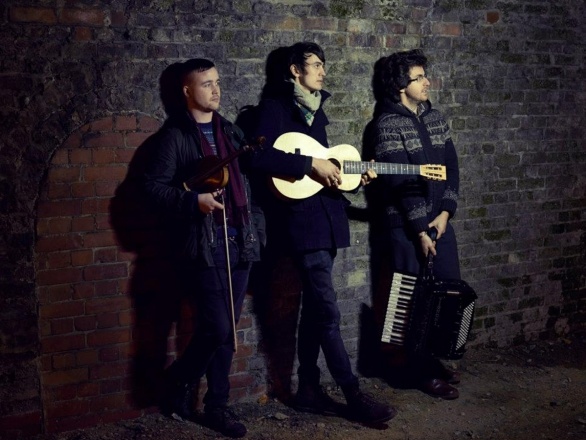 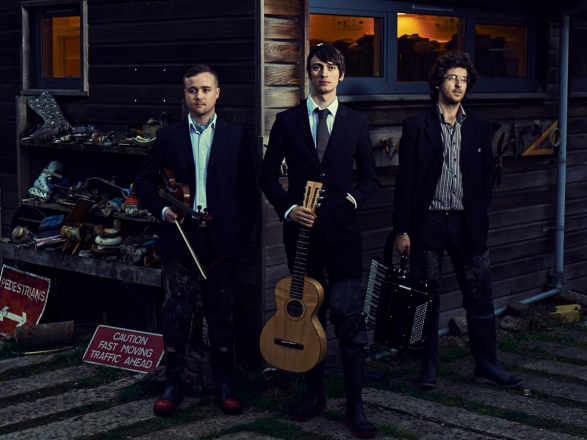 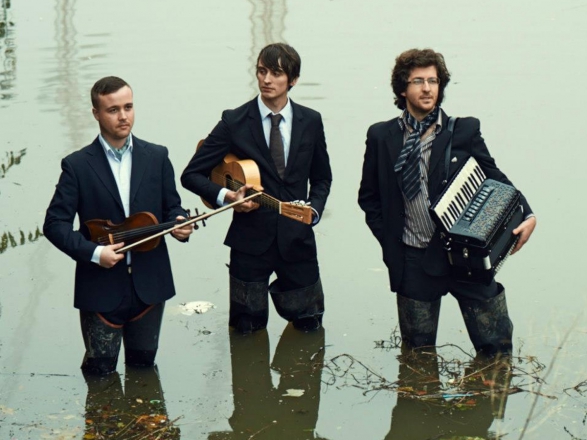 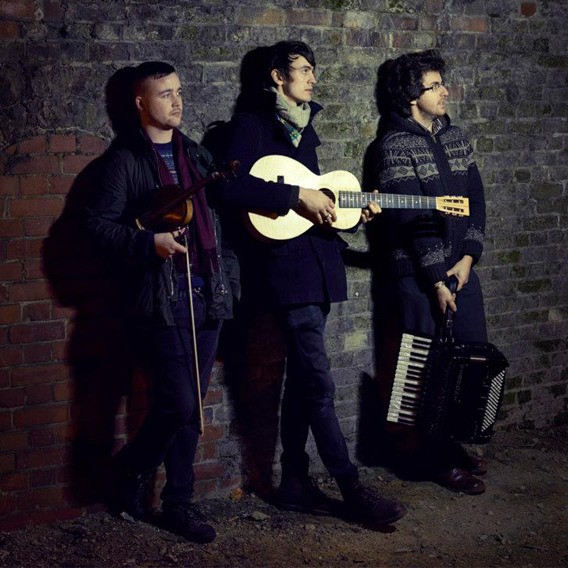 “Lord Strange were exactly what was wanted at the party.”

Lord Strange have a vast traditional tune repertoire and perform tunes from England, Scotland, Wales and Ireland as well as from America, Scandinavia, the Balkans and elsewhere.

Requests can be made and arrangements can be written very easily.  For example, we have performed our own versions of popular music such as 'Irish Rover' by the Pogues, 'Gabriel' by Lamb and 'Paint the Moon' by The Czars. We also have an extensive repertoire of our own original music which is very popular at events.

Most Alive Network artists travel UK wide and internationally. Get a guide price instantly by clicking the 'get quote' button and entering your event date and location. Make an enquiry and we will liase directly with Lord Strange to confirm price, availability, and the provide you with a confirmed quote.

"A trio of the highest order that, despite their young age, sound like they have always sat comfortably among the greatest of the folk scene" - Bath Folk Festival

Lord Strange began playing together (on fiddle, guitar and accordion) since 2011 and, very soon, became a successful act at home in London as well as across the country. Fusing together the influences of jazz, classical and gypsy music into a high energy folky package they won Bath Folk Festival's New Shoots competition the following year.

The band's recent successes have included a few BBC radio slots in anticipation of their debut album. Lord Strange now perform regularly at folk festivals including Cambridge and Bath and at venues up and down the country. They are also frequently booked to provide entertainment for events; recent clients include the Royal Horticultural Society as well as many private individuals.

As well as playing their own original folk inspired music, Lord Strange also perform traditional tunes from England, Scotland, Wales and Ireland in addition to repertoire from Appalachia, Scandinavia, the Balkans and elsewhere.

Lord Strange can be booked to perform concerts, background music for any event or ceremony or as the band for ceilidhs and barn dances. For dancing events the band can bring a caller who will lead and teach the steps for each dance.

Please note:
- Lord Strange do not provide lighting.
- Due to availability, dep musicians of the same high standard may be used.